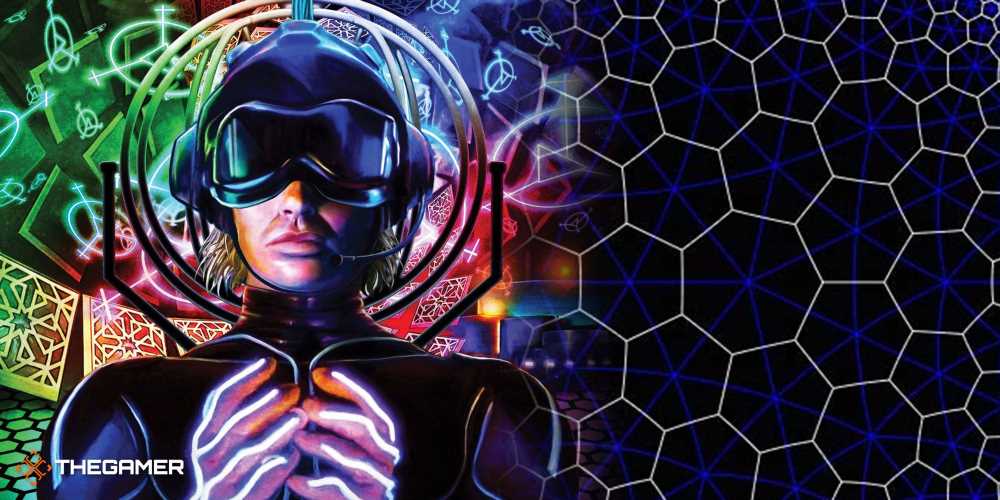 GDC’s latest State of the Game Industry survey points to an interest in the latest iterations of VR hardware, but this hasn’t translated into the widespread belief that the one true metaverse is right around the corner.

One of the big questions asked in the survey was whether respondents thought that any particular company or platform was in the best place to “deliver on the promise of the metaverse.” Epic’s Fortnite was the leading answer with 14 percent, while both Meta’s Horizon Worlds and Microsoft’s Minecraft trailed at seven percent, and only five percent of respondents believed Roblox would deliver us the metaverse.

However, 45 percent of respondents said that there are no games or companies that will give us a metaverse, and in fact, "the metaverse concept will never deliver on its promise." And it’s not hard to see where those game devs are coming from, considering Horizon Worlds is a barren wasteland, Minecraft is a block-filled sandbox with limited functionality, and Fortnite is, well, Fortnite. Battle royale and a successful concert doth not a metaverse make. 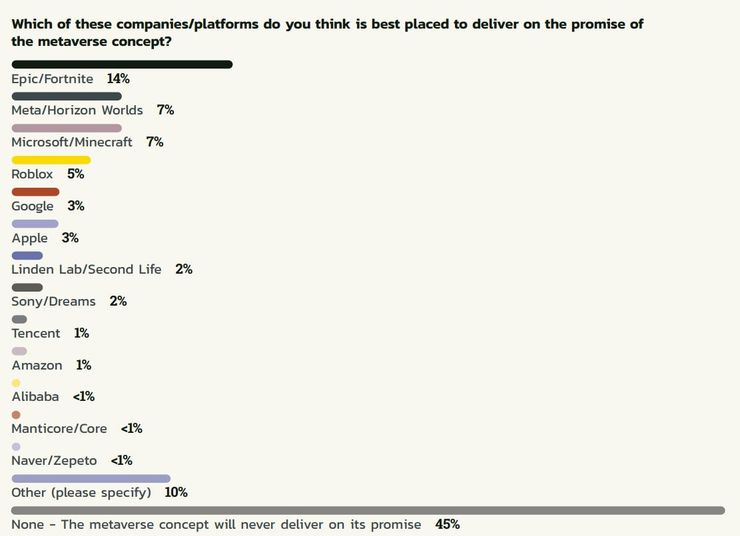 The survey also noted many unresolved issues with the metaverse. Most virtual worlds–including the ones mentioned above—still lack interactable elements. VR hardware is still too expensive and limiting, and game devs are worried about monetizing the massive costs of a persistent virtual world in an era where players are already tired of loot boxes and battle passes.

"It needs to offer a truly unique experience that you literally can’t get somewhere else—and not just ‘that thing we can already do, but in VR,’" one respondent said. "The promise of the metaverse is only going to come from some kind of massive hardware leap, i.e. neural interfacing, not some digital VR chat room."

There’s still plenty of interest for VR gaming, with 36 percent of VR game devs saying they plan to release their next game on the Meta Quest and 35 percent saying they’re interested in developing something for the PS VR2.

What there isn't much interest in is NFT or blockchain games. Last year, 70 percent of surveyed game devs said they had no interest in the blockchain, and this year, that number rose to 75 percent.