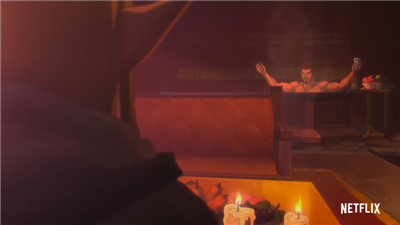 Netflix’s The Witcher: Nightmare of the Wolf is a self-proclaimed anime that serves as a prequel to the Witcher tales we know and love. Move over, Geralt of Rivia; it’s Vesemir’s time to shine and shine he does with the newest trailer to drop alongside a brand new poster.

First up is the latest trailer where we see Vesemir approach a building that fans of this fantasy franchise will recognize:

Shortly after the trailer was released, Netflix also showcased a new poster with Vesemir front and center:

For those interested in the casting choices for the upcoming prequel: