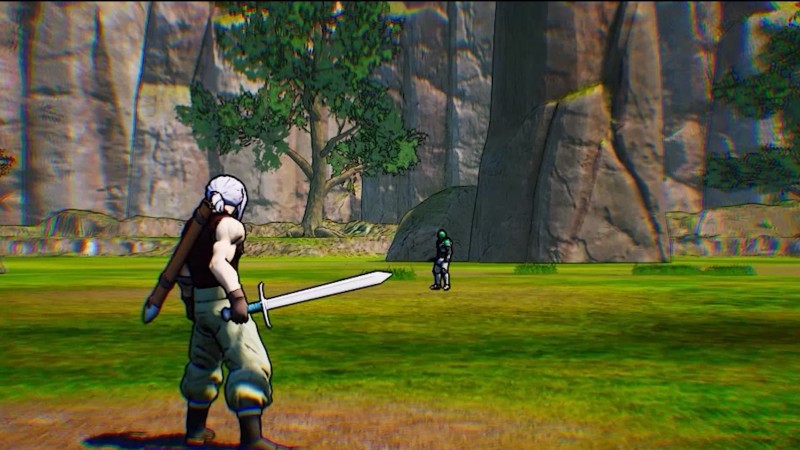 Dragon Ball Demon Breaker is a fan-driven project that aims to revitalize the Dragon Ball franchise in the gaming space and a new demo is on the way soon. From the team over at SaiyaSlash, the upcoming game is a hack ‘n slash adventure that places players in the role of Trunks. A Dragon Ball Demon Breaker demo trailer has arrived ahead of the early play period dropping this March to tease fans of the anime about what’s ahead.

Like most demos, the Dragon Ball Demon Breaker early access period will be a limited portion of the game for gamers to try out. It will allow those interested a chance to check out what it’s like to become Trunks as he faces off against hordes of demons when taking on Saiyan Palace.

The demo trailer above (via GameRant) is just a small tease starring Future Trunks and shows off that players will be able to take to battle with his base form and his Super Saiyan form. Being able to swap between the two forms seems effortless enough, though I wish we could have seen more features in the trailer since most of this centers around things we’ve already known.

The goal of Dragon Ball Demon Breaker is to completely revamp what Saiyan combat means to gamers. With the anime currently on hiatus, creators Saiya-Slash and Atlas Studios are drawing inspiration from the Devil May Cry franchise to provide a more meaningful fighting experience unlike previous games under the anime umbrella.

We don’t have a release date at this time, but it’s kind of cool to see a fan project like this come this far. A bigger demo is expected to drop later this summer with a full launch sometime this year. Who knows, maybe Bandai Namco will feel inspired by what Demon Breaker has to offer and we’ll see a whole new way to experience the Dragon Ball world.

To follow the progress on Dragon Ball Demon Breaker, be sure to check out the official Twitter for the free, non-profit Dragon Ball game right here.