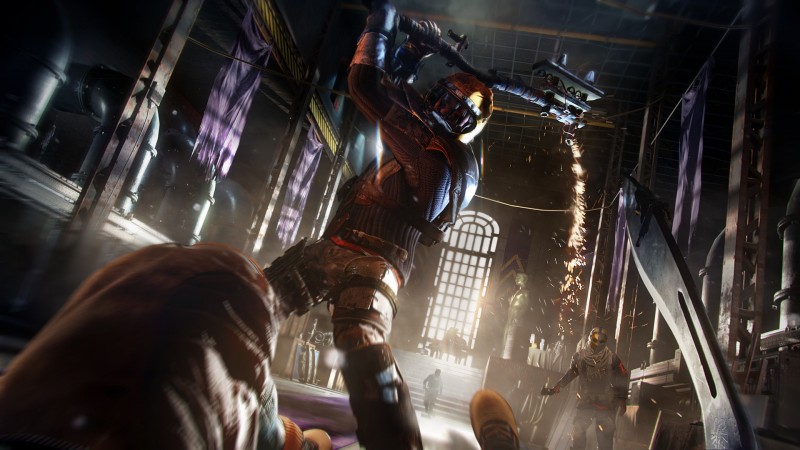 It looks like the dry spell of Dying Light 2 news is finally over, because this is the second video we’ve had in a short amount of time offering more insight into the highly anticipated sequel from Techland. As part of an ongoing developer update video series for the studio, the latest episode puts associate producer Julia Szynkaruk center stage to talk more about the story, the characters players will meet, factions, and quite a bit more.

In the video, Szynakurk talked about a few details previously confirmed, including that the 15-year time jump of the sequel means that we will not see any familiar faces from the first game. That being said, that doesn’t mean Kyle Crane’s efforts were in vain, the new story will reflect back on Crane’s role in the franchise frequently. Techland even teases ways that his decisions will impact the second game, though how exactly that goes down is up to players to find out.

Also included in the video seen above is a little more about two of the game’s primary factions. You’ve got the Survivors and you’ve got the Peacekeepers and choosing one over the other will drastically change the worldview in Dying Light 2. Oddly enough, the Peacekeepers are anything but the hippy lovers that the name implies. Instead, this faction is heavily rooted in military protocol. Their job is to put down any infected that could cause further harm, but that doesn’t mean a line or two won’t be crossed. The Survivors, on the other hand, are just trying to do that: survive. In a world that can change at the drop of the hat, the latter faction focuses on rebuilding, thriving, and adapting when needed.

Techland has already spoken about how much bigger Dying Light 2 is from its predecessor, but Techland did take it a little further by opening up about new areas players will be able to explore. For this video, she went into the Dark Places and GRE Quarantine zones, each offering unique challenges to face and overcome.

Dying Light 2 is a completely new start for this budding franchise with many new additions to make it truly something special and unique based on player choices. With the E3 look of year’s past, we saw firsthand how drastic the consequences can go, even changing the entire landscape of the world map. Dying Light 2 has the potential to have a massive impact on the gaming industry and its approach to development that will last forever, that is if it’s done well and matches the vision this team has.

We still don’t have any release date information at this time, but we’re excited to learn more about the road ahead. Dying Light 2 is currently in development for PlayStation 5, Xbox Series X/S, PlayStation 4, Xbox One, and PC.

What are your thoughts on Dying Light 2 and its development progress? Are you excited to explore the much bigger map and learn more about aspects like factions? Sound off with your thoughts in the comment section below!