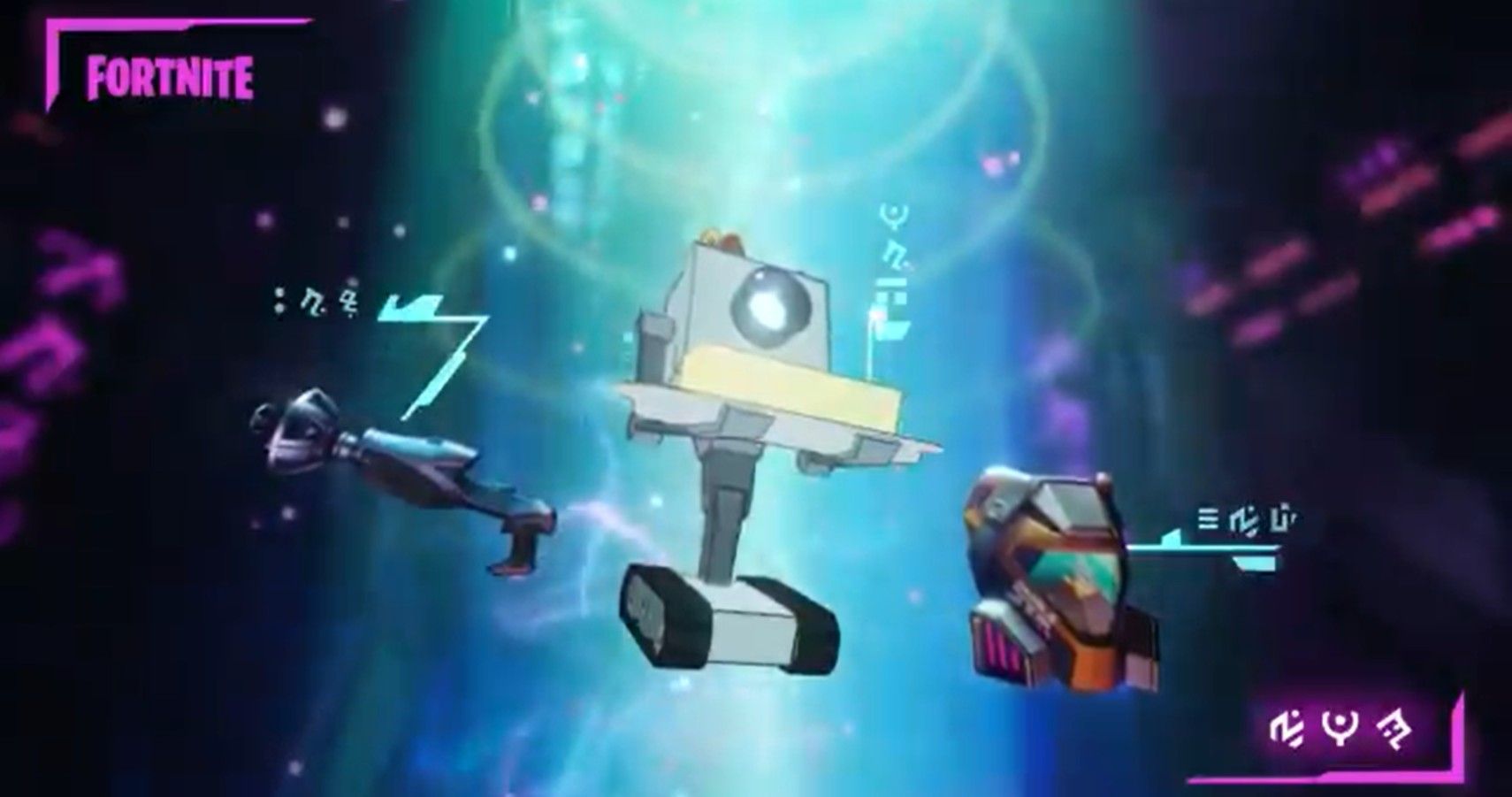 Epic has revealed Rick and Morty will be a part of season seven in an incredibly bizarre fashion.

Epic cooled it on the Fortnite crossovers somewhat during season six after a litany of collaborations throughout seasons four and five. However, as the build to season seven reaches a fever pitch, it seems as if normal service will be resumed in just a few days. The latest season seven crossover teased will be with Rick and Morty, as was hinted at in a recent teaser.

The short clip shows off three items, the middle of which is the Butter Robot from season nine of Rick and Morty. For those unfamiliar with the animated show, the Butter Robot does exactly what it says on the tin. Its sole purpose for existing is to pass its owner and their guests butter. Exactly how it will transfer to Fortnite remains unclear. Maybe it will be a back bling.

Odds are the Butter Robot won’t be the only Rick and Morty item coming to Fortnite. While not revealed, there will probably be skins and emotes too. Perhaps even an LTM depending on how deep the collaboration runs. It should be noted that Rick and Morty isn’t the only franchise teased for season seven. Things could be about to become pretty crowded once again.

Prior to the Butter Robot reveal, Epic also effectively announced Superman for season seven. While the world’s most recognizable superhero still hasn’t been mentioned by name, glasses that make you unrecognizable were shown off. You know, like the ones Clark Kent dons which magically make sure no one realizes he is Superman. Fortnite has also been using Discord to tease the arrival of Star Trek items.

All of these crossovers are, of course, connected to what appears to be an alien invasion theme for season seven. Last week, players at Risky Reels were abducted by UFOs and randomly dropped elsewhere on the map once the extraterrestrials had finished with them. If the transition between seasons is anything like previous changeovers, an in-game event is coming, and this one will likely include a full-scale invasion.