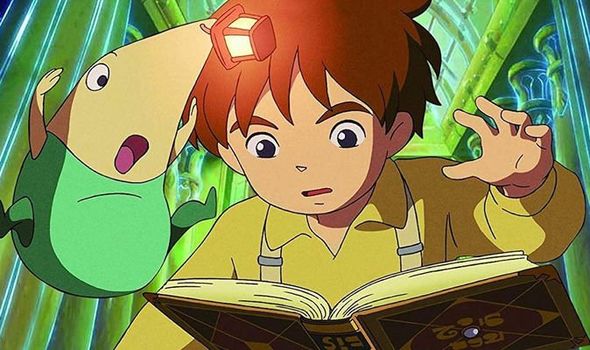 It’s incredible to look at the mash-up from iconic anime makers Studio Ghibli and Professor Layton devs Level-5 and think it first came out in 2011.

Despite being almost eight years old, Ni No Kuni is a gorgeous looking game that hardly has aged at all.

Visually, Ni No Kuni is still a treat for the eyes and especially looks great running in handheld mode on the Nintendo Switch.

The cel-shaded style graphics of Ni No Kuni are done so skilfully that it’s almost like you’ve stepped into the latest anime from the Totoro makers.

And, remarkably, this is despite the Switch essentially getting a port of the PS3 original – and not a remastered version like the PS4 has done.

This may come as a blow to some, with PlayStation and PC counterparts getting a version that has crisper, updated visuals.

Even so, the timeless art style Studio Ghibli and Level-5 have crafted means even an unremastered Ni No Kuni is still a gorgeous game to behold.

The JRPG tells the story of Oliver, a kind-hearted sweet child from of the town of Motorville – a charming area that’s a throwback to 1950s America. 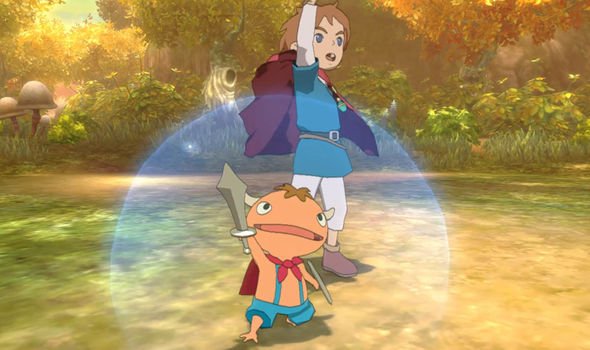 One day a tragedy befalls Oliver, which leaves him feeling lost and alone – until a fairy named Mr Drippy magically appears.

The Welsh-sounding, pint-sized creature reveals that he comes from a world under threat from an evil wizard named Shadar.

Drippy’s world acts as a parallel to where Oliver is from, with each being having a ‘soulmate’ in either plane.

When someone is lost in one world, they can be saved by being rescued in the other one.

So, off Oliver trots with Mr Drippy on an adventure to rescue – not only someone very close to him – but the world under threat from Shadar.

The opening hour or so of Ni No Kuni, which sets the scene for the story, really tugs on the heart strings.

You’d be hard pressed not to shed a tear or two as the tragedy which leads to Oliver’s departure from Motorville unfolds.

But it helps set up a message that Ni No Kuni regularly rams home to players – that when you’re in need you can turn to the support of others for help. 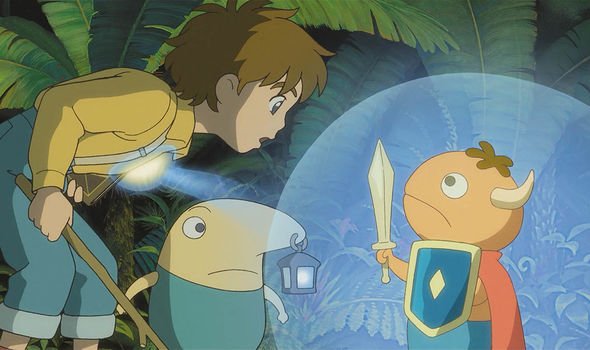 It may sound like a simplistic message, but it’s also a beautiful one that is easy to forget in our day-to-day lives.

This lesson is not only underlined during major story beats, but also during the vast array of side quests littered throughout the game.

At different towns Oliver and Drippy can head to stores which feature errand boards, where people in need of help ask for assistance.

The types of errands you’re tasked with include helping a mother find her lost children and aiding a traveller who has lost a prized possession.

When an errand is completed Oliver gets a few stamps on his Merit card, which can in time be traded in for perks and new skills.

It’s a sweet approach to side missions, which encourages being a good-natured person that tries to help strangers in need.

Another touching message that Ni No Kuni underlines is how Oliver is able to help those that are ‘brokenhearted’ in Mr Drippy’s world.

These poor souls have seen a key characteristic taken away from them, such as kindness, enthusiasm or confidence. 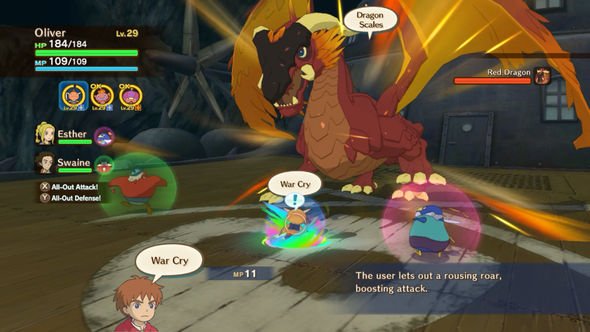 With wizarding powers Oliver gets when he joins forces with Mr Drippy, he is able to restore these key emotions to those that are missing them.

No matter how many times this occurs, it is still a sweet and heartwarming experience helping those that are feeling lost in the world of Ni No Kuni.

But Ni No Kuni isn’t solely about being a good samaritan, Oliver will have to journey far and wide in his mission to rescue a world plunged into darkness.

To aid him on this quest, Oliver is not only joined by fellow human party members but also by ‘Familiars’. 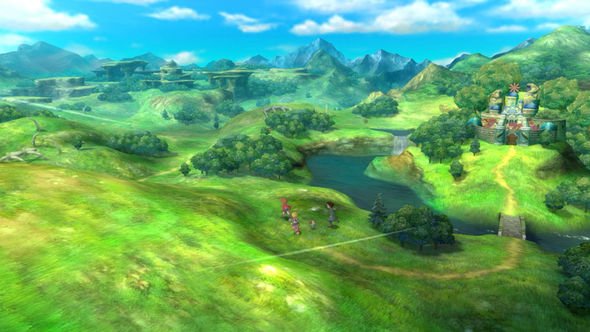 These, essentially, work in the same way as Pokemon – with Oliver getting to build up an array of Familiars he can send into battle.

These all level up individually, and have their own distinct skills and attributes.

An interesting twist is each Familiar has their own stamina, meaning they can only be deployed in battle for a certain amount of time being getting zonked.

When that happens the player can hit the L button to either bring Oliver into the fight or to deploy a different Familiar.

Battles themselves are a mix of traditional and modern, with fights bringing together turn-based and real-time elements.

Oliver and his Familiars are able to run around a 3D plane but also can bring up a turn-based menu system which halts time to issue commands.

It’s similar to the combat system seen in games such as the Tales series and the recently released Dragon Quest XI.

The years that have followed Ni No Kuni’s release have been very kind to this combat system, with it still feeling very smooth and not clunky at all. 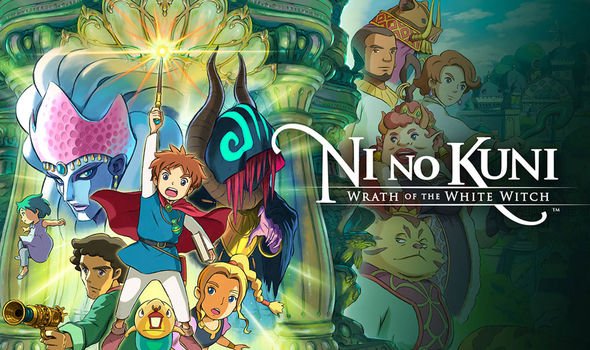 It may seem simple at first glance but holds plenty of depth, with players able to deploy an array of more advanced moves.

Counters, perfectly timed defensive moves and the occasional super powered up attacks are all in a player’s arsenal.

It all helps make battles feel like they’re never a chore and makes grinding something to be enjoyed rather than endured.

Overall, Ni No Kuni is simply a wonderful game which is another great addition to the Switch’s library of JRPG titles.

It’s a beautiful, heartwarming game with a wonderful story and an important message at its core.

And it’s all aided by lovely visuals and a sumptuous score created by iconic Studio Ghibli composer Joe Hisaishi and the Tokyo Philharmonic Orchestra.

Ni No Kuni is a masterpiece and one of the best JRPGs of the past decade, and is yet another essential purchase for the Nintendo Switch.

Apex Legends Season 5 Has A "Pleasant Surprise" For Titanfall Fans

Apex Legends May Be Getting A Bloodhound Town Takeover

Call of Duty Modern Warfare 2 Remastered: When does MW2 come out on Xbox One and PC?