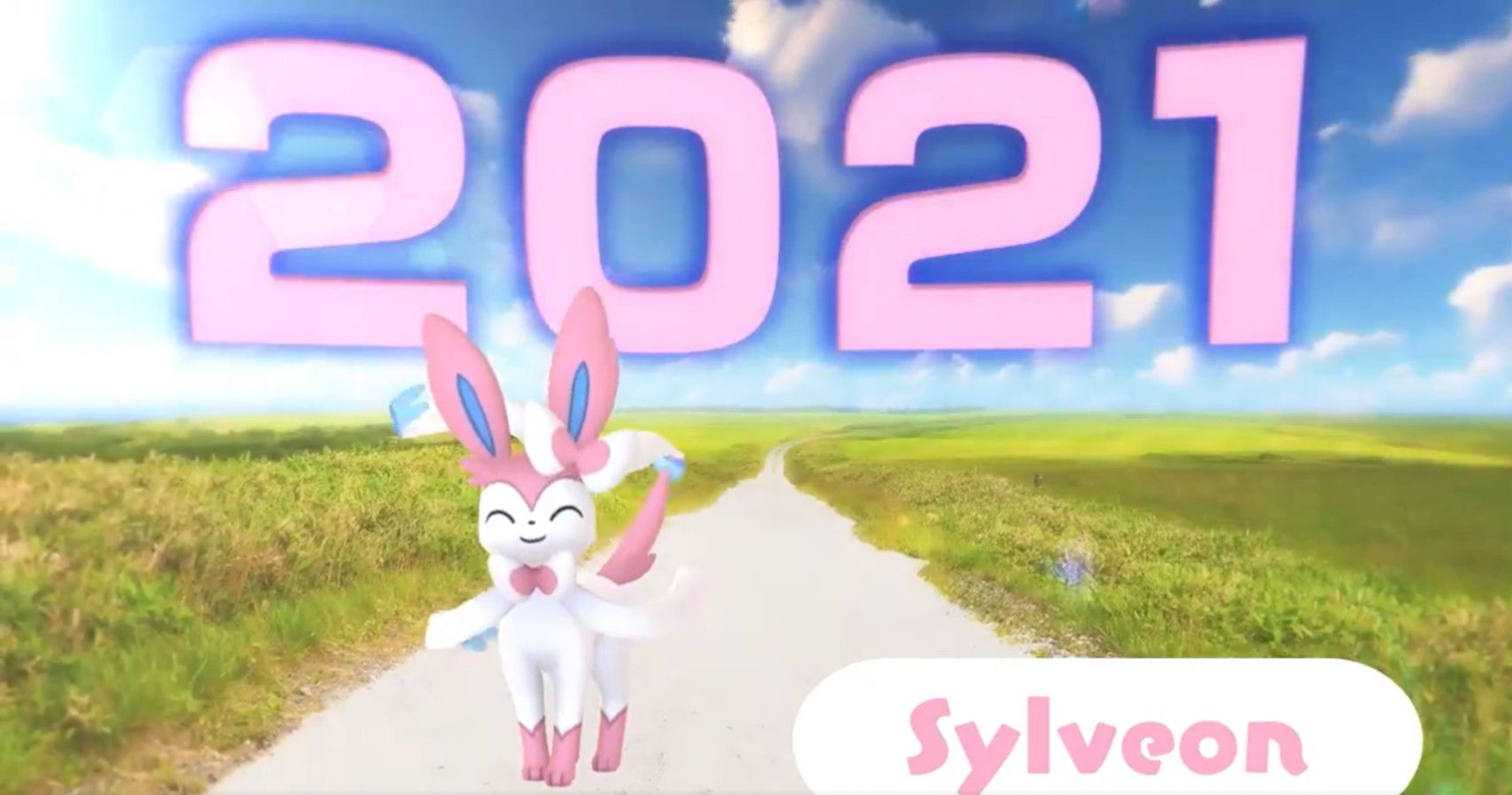 The wait for Sylveon in Pokemon Go is almost over. The Eeveelution will make its in-game debut later this month.

Niantic has been rolling out new Pokemon thick and fast this month in Pokemon Go. The Luminous Legends X event continues to take place, introducing Pancham and Pangoro to the game for the first time ever this week. Next week it will be replaced by the Y event, and Niantic has started to confirm what trainers can expect from both weeks of it.

The newest blog post on Pokemon Go’s website has confirmed Pancham will start to hatch from strange eggs once it leaves raids next week. Legendary Pokemon Yveltal will also be making its debut. However, perhaps the most exciting reveal is confirmation of Sylveon’s arrival. The fairy-type Eeveelution will arrive during week two of the Y event and Eevee will need hearts to become a Sylveon.

The addition of Sylveon will mean all of Eevee’s evolutions will have been added to Pokemon Go. Unlike in the main series of Pokemon games where Eevee’s evolution can be determined by a stone, Pokemon Go trainers have to rely on chance. Unless you give your Eevee a certain name, of course. Someone actually stumbled upon Sylveon’s last month, long before its debut.

Trainers won’t need to rely on chance nor a special name to make sure their Eevee becomes a Sylveon, though. All you’ll need to do is make the chosen Eevee your buddy and earn hearts with it. Niantic hasn’t clarified how many hearts exactly, but doing that will make sure it becomes a Sylveon as opposed to any of the other seven forms Eevee can take when it evolves.

Don’t go trying that with your Eevee just yet, though. The wait for Sylveon will not be over until 10 am local time on May 25, 2021. Until then, you can take part in Pancham raids for the rest of this week, and then five-star Yveltal raids for the week after that, as well as a litany of other activities to mark the X and Y events. Later this year, Pokemon Go will celebrate its fifth anniversary and hold what could well be its biggest Go Fest to date.