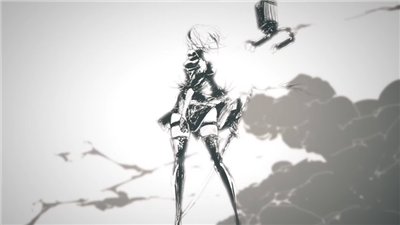 Nier: Automata is coming to the small screen. Beginning next month, NieR:Automata Ver1.1a will begin airing in the United States on Crunchyroll.

You can check out a brand-new trailer for the show below:

From the looks of it, Ver1.1a will stick close to the storyline from the video game, released in 2017 as a partnership between publisher Square Enix and developer Platinum Games. Series creator Yoko Taro is also involved with the project.

The series is in production at A-1 Pictures, a subsidiary of Aniplex. In the past, the production house has worked on series such as Black Butler, Your Lie in April, Fate, and Sword Art Online. Ver1.1a is being directed by Ryoji Masuyama, who’s previously worked on KILL la KILL, Evangelion: 2.0 You Can (Not) Advance and Evangelion: 3.0+1.01 Thrice Upon a Time, as well as Gurren Lagann.

NieR:Automata Ver1.1a will begin airing in Japan on January 7, 2023. As of right now, it’s not entirely clear what day it will hit Crunchyroll. However, the streaming service does often have the right to begin showing anime in the west within 24 hours of their original airtimes, so time will tell if Nier gets the same treatment.