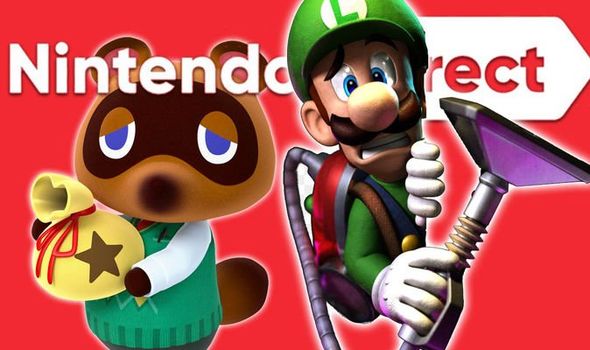 Nintendo Switch gamers may soon be treated to a Nintendo Direct for September 2019.

The House of Mario has just held a Indie World Showcase which revealed titles like Hotline Miami and Ori are heading to the Nintendo Switch.

And, if the rumour mill is correct, Switch fans could soon be also getting treated to a full-fat Nintendo Direct in September or October.

The Direct rumours come after an alleged leaked GameStop image showed that the Switch is getting 12 unannounced games.

The blurry image allegedly taken from the retailer’s system and shows a list of as-yet announced and mysterious new titles coming to the Nintendo Switch.

And, as GameRant reported in a post online, judging by Nintendo’s track record it’s possible these titles will be announced at once in a Direct.

The alleged GameStop leak was posted on Reddit, and the user who posted it claimed the next Smash Bros character will be announced in the next Direct.

The Redditor also claimed that the next DLC character for Super Smash Bros Ultimate will either be Crash Bandicoot or a Bandai Namco character.

Crash Bandicoot has previously been predicted as an upcoming character for the Smash Bros Fighters Pass.

But the Bandai Namco claim is a bit of a curveball, with previous leaks claiming Doom Guy would be one of the Smash Bros DLC characters.

The claims will surely spark rumours about which Bandai Namco character could be coming to Smash.

Could it be a character from an iconic Bandai Namco series such as Tekken or Soul Calibur?

Or could it be a character from a Bandai Namco published game such as Goku from Dragon Ball, Geralt from Witcher 3 or the Chosen Undead from Dark Souls?

As with all rumours, it’s best to take them with a big dollop of salt until official confirmation.

But Switch fans won’t have too long to wait to find out for themselves with September just around the corner.

The Nintendo Direct rumours have also been given further weight by another prominent leaker.

Following this impressive showing, Sabi once leaked what games would be getting showcased during Gamescom 2019.

And in a recent tweet the Nintendo Soup and Spiel Times journalist said a new Nintendo Direct is likely to happen in September or October.

“Thankfully, we won’t have to wait long till news hits back up again with September.”

To which a follower replied: “Direct?”

And Sabi elaborated: “Tokyo Game Show, and a Direct being likely, if not in October.”