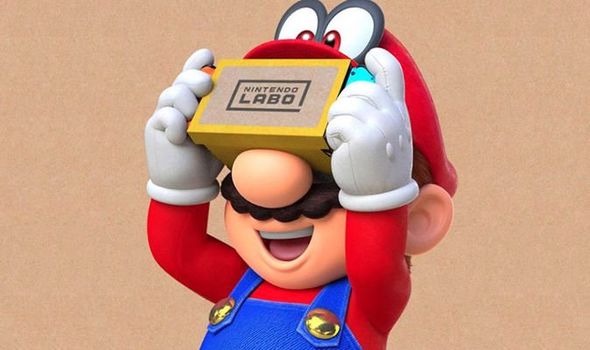 With prices ranging from just under £35, the entry point for VR has never been cheaper – or more accessible – than what’s been offered on the Switch.

Nintendo has pulled off a masterstroke by giving fans plenty of different options if they’re curious about Switch VR.

The entry-level set, which comes with the VR googles and blaster gun, gives all you need to start on your virtual reality journey.

These can then be expanded with additional packs, or you can go all in and buy a mega pack which has every VR accessory available.

The VR googles are integral to all of the experiences, with your Switch sliding into it and then other accessories being attached to it.

The headset takes up to an hour to make and like all Labo sets the on-screen instructions are easy to follow and full of character and charm.

Once the VR googles are created there are plenty of experiences you can dive into straight away, with Bomb Hockey the pick of the bunch.

Move the Labo headset to get a better view of your surroundings, and bounce the ball off the sides so it hits the back wall in the opposing half. 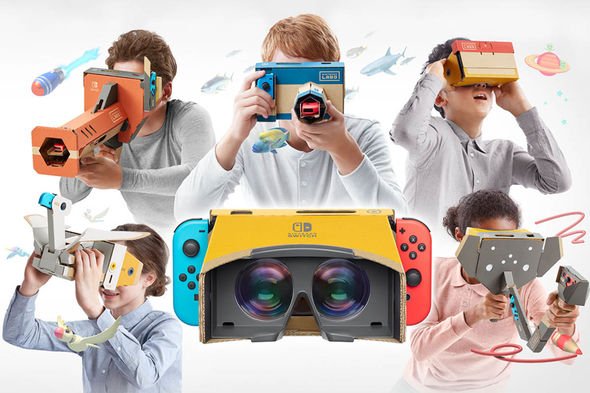 It’s got immediate pick-up-and-play appeal and would be worth buying as a standalone game in the eShop, let alone a small part of Labo VR.

Elsewhere the blaster will be perfect for light gun game fans who have seen this genre get not nearly enough releases in recent years.

This cardboard gun can take up to three hours to build, but once finished it’s an ingenious bit of kit which works extremely well.

The pump action reloading mechanic makes you feel like Arnold Schwarzenegger with a recyclable weapon, while the trigger has a nice hefty mechanism to it. 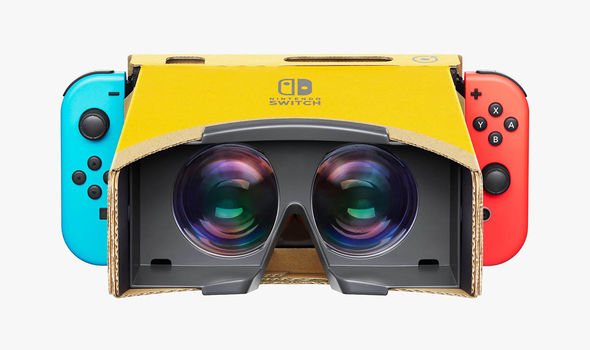 The alien hunting game used in the promo trailers for Labo VR also is a great place to start if you want to demo the latest Switch gadget to your friends.

The expertly designed levels force players to explore them to find those pesky aliens as well as experiment with physics to hit hard-to-reach targets.

If you purchase the Labo kit which features all of the virtual reality accessories then you will get access to over 60 games.

Some have more replayability than others, and each VR device will have a marquee, standout experience.

So, for the blaster it’s the alien hunting game and for the camera it’s the underwater sea expedition.

These particular experiences have so much depth and different things to do that you’ll keep coming back for more and more.

The alien blaster game, besides having its main set of levels, has a great multiplayer segment where you have to shoot objects into hippo’s mouths.

While the underwater sea game for the camera has so many different objectives to hit and creatures to add to your scrapbook of snaps.

There is so much to do in these games, and Nintendo should be commended for giving these experiences so much depth.

Another brilliant move on Ninty’s part is to offer the option to play these games without VR googles.

So, these games can simply be played on your Switch without the depth effects needed for virtual reality.

Having this option is great if your eyes are getting a bit tired or if you just fancy a more traditional gaming experience. 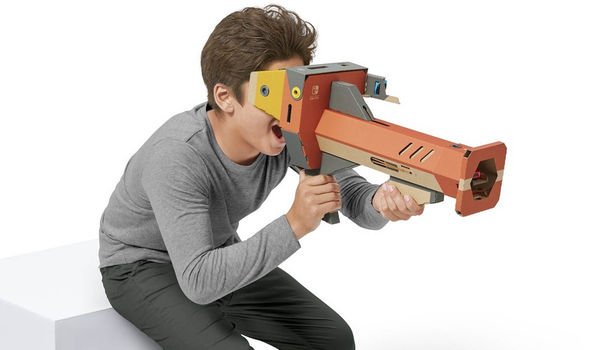 The Labo VR Kit is a great package, but it’s not without its drawbacks.

The VR googles don’t have a headstrap, with the design for different Labo accessories incorporating ways you slot the googles into them.

Whichever kit you’re using, you’ll have to be holding onto a cardboard contraption throughout your playthrough.

The benefit to this is if you want to give your eyes a break you can quickly move it away from your face to get a breather.

The downside is that during extended playthroughs, which is more pronounced with certain Labo devices than others, your arms can get a bit tired.

The other compromise is that resolution on Labo VR isn’t as clear as other virtual reality offerings.

But given the price you’ll be paying, it’s still surprisingly good.

And it’s also easy to find the sweet spot you need to look through the googles to get the best VR viewing position.

All in all, the Nintendo Labo VR Kit is a technical marvel and it’s absolutely an essential purchase for any Switch fan.

The House of Mario have gone down their own distinct route for VR, far removed from what Sony or Oculus are offering.

But it’s arguably the most user friendly and accessible VR experience around.

And for the price you’re paying, any compromises that have to be made are easily overlooked.

If you own a Switch and even have merely a passing interest in VR – then this latest Labo kit is something you have to own.