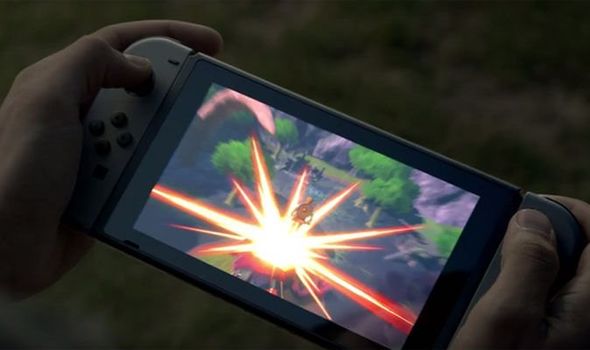 The Nintendo Switch continues to rack up impressive sales record in 2019, revealing just how popular the new console is proving to be among gamers.

First seen as a great secondary gaming device to pick up Nintendo exclusives, it now appears that the Switch will be this year’s best-selling console.

More data released this week backs up the opinion that the PS4 and Xbox One will remain in second and third place in 2019, before a reported generational shift in 2020.

New Nintendo news this week has revealed that the Switch was the best-selling console in Japan during the month of May.

The sigicance of this is that the country is a key market for the gaming industry and it also stacks up with another impressive sales record.

With May now confirmed as another good month for the Switch, it also confirms that the handheld console has now outsold its rivals for 15 straight months.

141,953 Nintendo Switch units are reported to have been in Japan between the end of April and the end of May.

This puts it way out ahead of the PS4, which dominated the market for so long over the previous years.

When taking into account the different PlayStation 4 consoles available to buy in Japan, a total of 49,205 were sold during the same period.

It’s not a terrible number and is line with how many were sold in April but it does highlight how the momentum currently behind the Switch.

The Switch is already on course to surpass the combined sales of the Wii U and 3DS consoles, although the eventual launch of the PS4 and Xbox Two will help shed more light on how sustaniable those current Switch numbers are.

But whatever does happen next year, It seems third-party developers can rule out a similair sales crash to what effected the Wii U and caused so much third-party disruption.

A good way for Nintendo to keep hardware sales going into the busy holiday season will be to announce and launch new exclusive games.

So what new gaming projects could be announced by Nintendo and their partners during E3 2019?

We know that Nintendo will be showcasing new games for the Nintendo Switch during E3 2019.

There will be a heavy focus on titles being released in 2019, however, there is nothing to bar Nintendo announcing project for 2020 and beyond.

“The 2019 lineup for Nintendo Switch aims to deliver smiles with many different unique games and experiences,” said Nintendo of America President Doug Bowser.

“Games available this holiday season will be the focus of our booth, and no matter where you live, you can participate in the fun events by watching Nintendo Treehouse: Live during E3 or visiting Nintendo Early Access events at Best Buy, which have a focus on MARVEL ULTIMATE ALLIANCE 3: The Black Order.”

The Legend of Zelda is going to be a Nintendo franchise getting some attention at E3 this year.

The one project we know for sure will be talked about is The Legend of Zelda: Link’s Awakening.

The remake has already been announced for release this year and the good news is that it will be playable during E3 2019. We’re going to learn its release date and perhaps we will even get something extra too.

Link’s Awakening would be the perfect game to launch a free demo for, considering how its a remake of an earlier title. There’s no guarantee that this will happen but fans are hoping for more than just a trailer.

The Zelda spin-off game, Cadence of Hyrule, is launching later this month and could be another game showcased this week.

There are also rumours that new HD ports of The Legend of Zelda: The Wind Waker and Twilight Princess are coming to Switch.

These remain rumours for now and have to be taken with a pinch of salt but there’s no doubt that Nintendo are happy to dip into their back catalogue of games from former consoles.

The Nintendo E3 live stream event isn’t schedule until June 11 so there is still plenty of time for new teasers to drop and leaks to emerge.