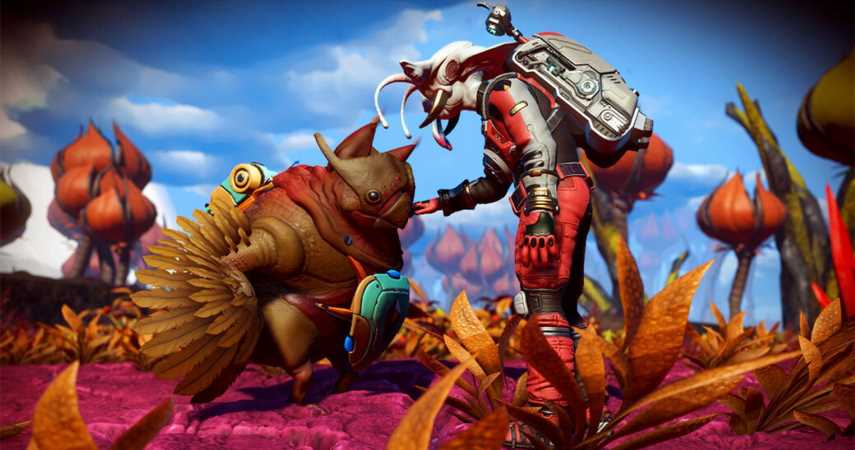 In typical No Man’s Sky fashion, this update came out of nowhere and briefly crashed the No Man’s Sky website as we all tried to figure out just what Companions had in store for us. As the description says, No Man’s Sky is giving all you alien explorers out there the chance to take some of that fauna with you as you hop from planet to planet.

With Companions, you can turn any alien you meet into a friendly little guy that wants to follow you to the ends of the universe. There’s a new taming and bonding system that once mastered can help bring your new alien friend into the fold. 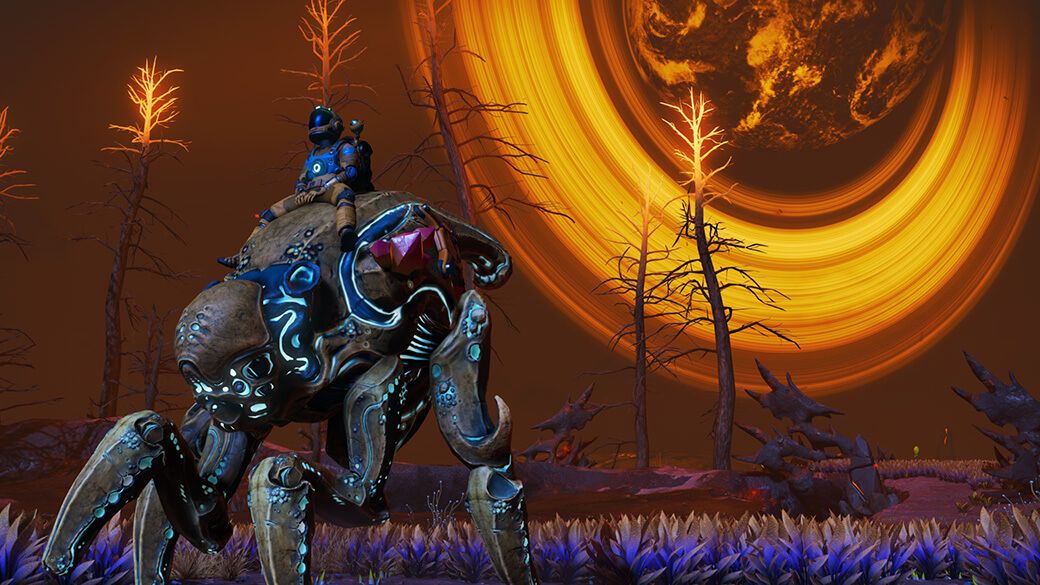 Besides having a brand new friend to travel with and summon whenever and wherever you want, there are practical benefits to having an alien friendo. Those include “scanning for resources, marking hazards, providing torchlight, hunting hostile creatures, locating buildings, digging up valuable treasures, and deploying their own shoulder-mounted mining lasers.”

So actually a lot more useful than a Pokemon. Can’t make a Pokemon use mining lasers.

After a while, your new alien friendo might lay an egg. Aliens can breed and produce babies that look like their parents but are slightly different–sort of like how real breeding works. You can then raise the baby to be another member of your intergalactic menagerie, adding their genetic material to your brand new Gene Sequencer.

Don’t like breeding the old-fashioned way? You can use that Gene Sequencer to splice together the genes of other aliens and make an entirely new creature. However, beware of “dramatic creature reconfigurations” if you go a little overboard with the gene splicing. Cue the mad scientist laugh.

Don’t want babies? That’s fine! Store the eggs to trade to other explorers so they can expand their genetic repository.

You can have up to six creatures adopted at a time, and each one gets added to your Companion Register so you can review their mood, trust, and also their personality traits. Yes, these alien babies have personalities that shine through whenever you talk to them or send them out exploring a new planet.

Right, and you can talk to them thanks to the neural link in your Exosuit.

Companions are the big addition in this update, but you can also ride giant-type aliens so long as you feed them first. And there are a few minor updates to the UI and PS4 performance has been further optimized to reduce load times.

No Man’s Sky: Companions is available now on whichever platform you have No Man’s Sky.