We probably should stop being surprised by all these updates, but well, here’s another one for No Man’s Sky. And as always, it’s free, unless you count the cost of a next-gen console or a high-end graphics card.

No Man’s Sky: Next Generation gets the game ready for the PlayStation 5 and Xbox Series X with a graphical overhaul that takes full advantage of the next-gen hardware. This quantum leap forward in computational power means that No Man’s Sky will be prettier, faster, and fuller than ever before.

On the PS5 and Xbox Series X, 4K at 60fps will be the norm. The Xbox Series S will be able to choose between 4K at 30fps or 1080p at 60fps. Ultra visuals improve lighting, shadows, animations, textures, and volumetric effects across the board. Draw distances will also be vastly improved so you’ll be able to stare off into the distance and still be able to spot wandering packs of alien beasts. 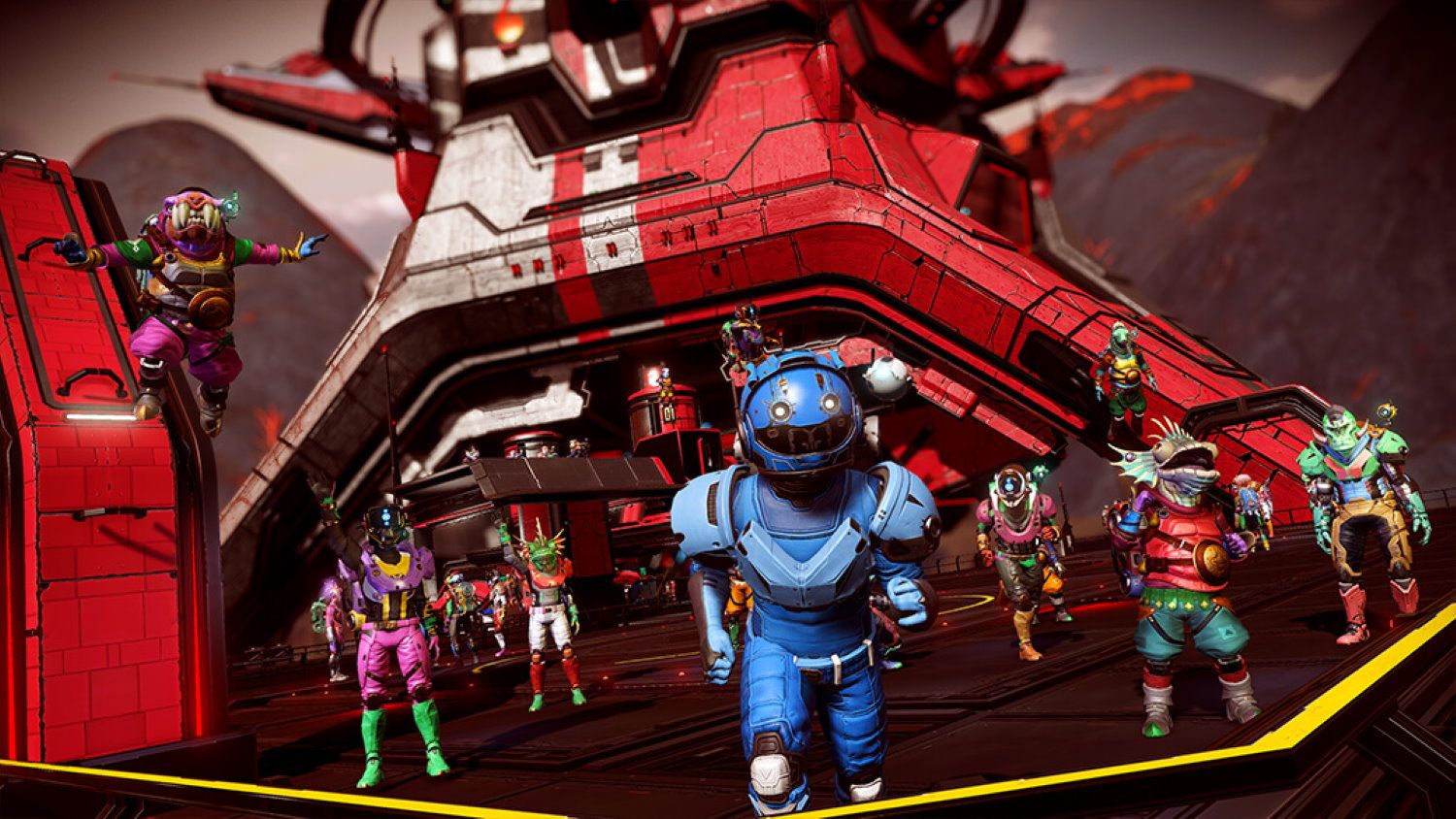 Beefier hardware also means that planets will just have more stuff. More grass, more flowers, more trees, more tendrils, more rocks, more everything. And on top of that, everything will have a greater polygon count so they’ll appear even more organic. All this, and the graphical enhancements, will also be available to PC players as well.

PS5 and Xbox Series X owners will get access to 32-player multiplayer for the first time (PC already has this feature), and full crossplay with all other platforms will be standard on release day.

Loading times? What loading times. Warp speed between systems is improved by up to 10x on next-gen consoles and PC hardware. Save files are also transferring instantly from Xbox One to Xbox Series X, while PlayStation players will have to transfer their saves using an in-game menu when they upgrade their consoles.

PS5 owners get a few extra goodies. First, DualSense haptic feedback integration will let you “feel the kick of your Multi-Tool as you blast Sentinels or mine resources, or the satisfying click of slotting a building part into place.” PS5 3D audio improves the aural experience with compatible headsets, while PSVR works just fine using backwards compatibility.

Current-gen consoles aren’t completely out of the loop for Patch 3.10. Bug fixes, performance enhancements, and QOL improvements are also coming to PS4 and Xbox One, with the full patch notes available on the No Man’s Sky website.