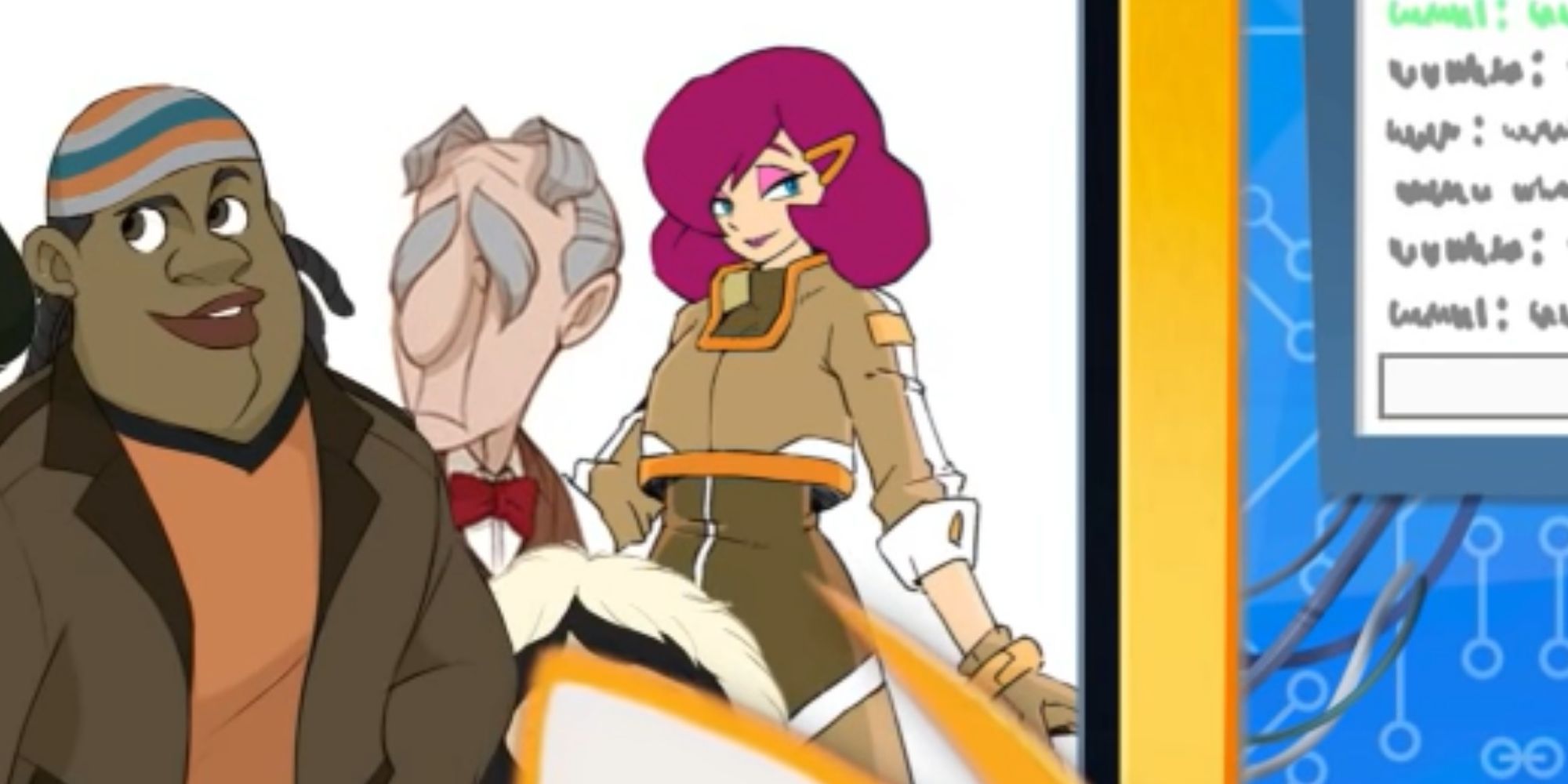 Us Sonic fans will take any opportunity to get our hopes up. Whether it's believing that literally anything is proof that Sonic Adventure 3 is going to happen, or always holding out hope that the next game is going to be a ten out of ten, no one can fault our optimism. That's why I bring you today's news with a heavy heart: that cute pink haired lady probably isn't going to be in Sonic Frontiers.

The woman, who was spotted in the recent TailsTube broadcast, unfortunately probably isn't a significant character. Despite having a more distinct aesthetic and artstyle than the rest of the surrounding humans, Ian Flynn has hinted that there is no significance behind this, and she probably isn't going to play a key role in Sonic Frontiers.

The belief that the unnamed woman was actually an important character spread when two figures on Sonic Frontiers' development team reacted to her sudden popularity.

First up, there was writer Ian Flynn. After the broadcast, Twitter user @OFlipgram asked Flynn: "who is this woman bro??? #KnowingSmile maybe?" Flynn, playing along with the guessing game, simply responded with "#KnowingSmile".

Fuel was added to the fire when creative director Kazuyuki Hoshino chimed in. Responding to a fan who created a 3D render of the character, Hoshino wrote, "What a quick job". This simple acknowledgement of the hype had fans believing that he knew more than he was letting on.

However, it appears that this isn't the case at all. True enough, Flynn's comment indicates that there is some significance to the character, but he appears to have shot down the idea that she's an important character in Frontiers. In a follow up tweet, he said that fans were "jumping to conclusions", so it's possible that her actual role is much smaller than fans assumed. It could be that she will appear in a totally different Sonic project, such as a comic or the upcoming show, Sonic Prime.

Whatever the case, reaching is all part of the fun, anyway. And this is far from the first theory we've come up with. Previous guesses include that Frontiers will take place in the Adventure universe, and that Amy is a ghost. We'll find out for real at the end of this year, as the game is set to launch during the holidays.