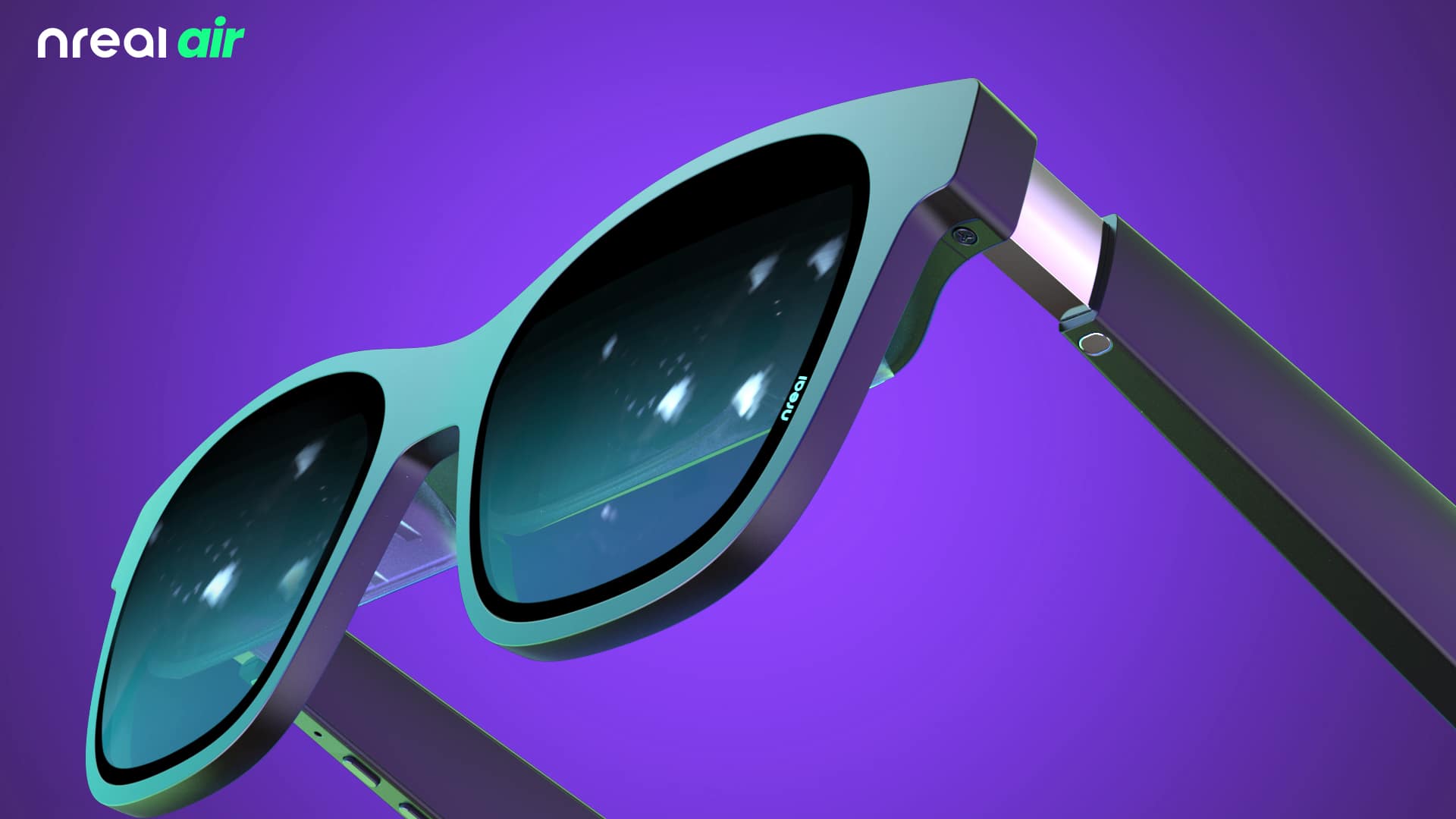 The company’s current product Nreal Light are the only pair of true AR glasses available to consumers – though only in Germany, Spain, Japan, and South Korea. Light is priced between $750 and $1000 depending on the market. Onboard cameras enable virtual objects positioned in the real world and you can pin virtual floating screens in place. Last year it got support for hand tracking input.

Nreal Air is a very different product. It doesn’t have any cameras so doesn’t have positional tracking or hand tracking, and it doesn’t have rotational tracking either. It’s effectively just a large floating screen locked to your head. Nreal says this allows it to be “a fraction of the price”, and Nreal Light will continue to be sold as the company’s true AR product at its higher pricepoint.

At 77 grams Nreal Air is 27% lighter than Nreal Light, only around twice a thick pair of sunglasses. An OLED microdisplay offers higher resolution and increases the refresh rate to 90 Hz.

The field of view is 46 degrees diagonal, which equates to a 130 inch screen at 4 meters.

As with Light, Nreal Air is tethered, powered by your phone via a cable. But while Light only supports a specific list of flagship Android phones, Nreal Air mirrors your iPhone screen or “almost any” Android. That means you can view your existing media apps such as YouTube and Twitch on a massive virtual screen – though again it will be locked to your head.

Nreal Air will ship in November to Japan, South Korea, and China.