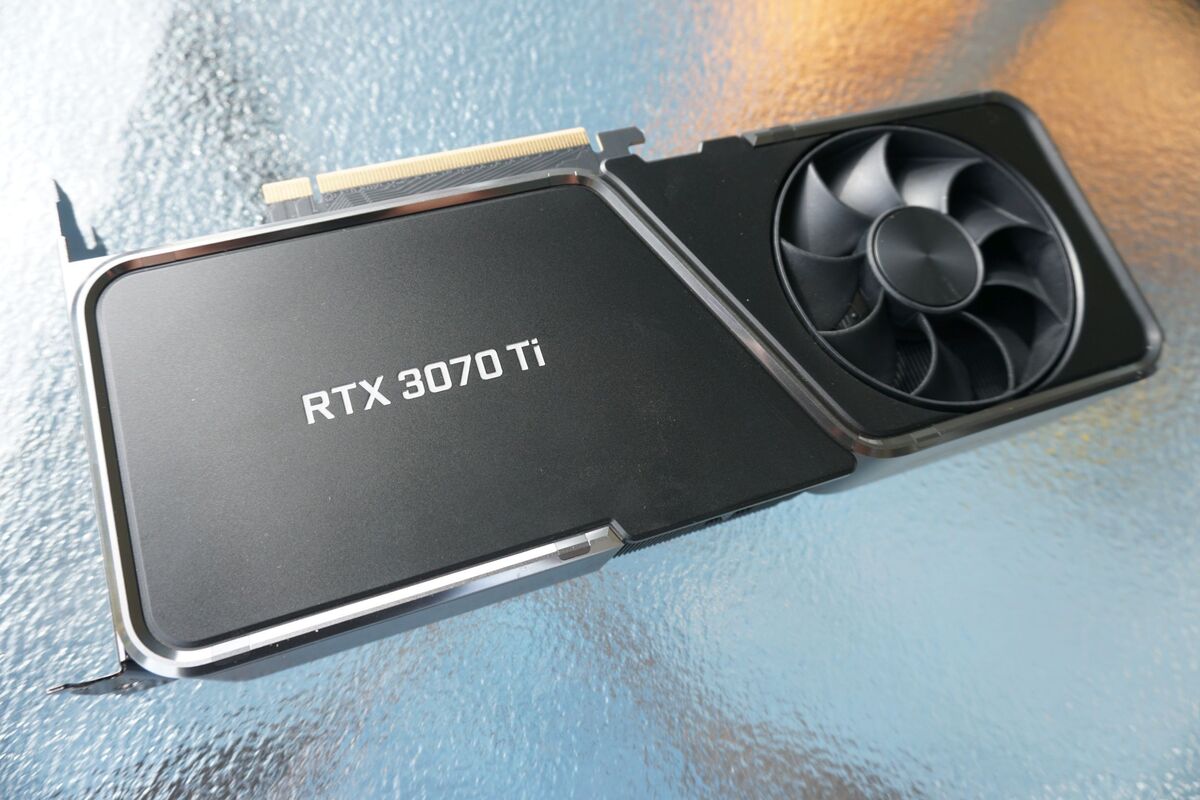 Nvidia’s $600 GeForce RTX 3070 Ti is a good graphics card for what it does. But if we weren’t in the middle of a crippling GPU shortage, it’d be hard to recommend.

While the ferocious RTX 3080 Ti we reviewed last week bears more resemblance to Nvidia’s flagship 3090 than the graphics card that shares its name, the spec sheet shows that the new RTX 3070 Ti wields only a slightly more powerful GPU than the vanilla 3070. That modest uplift proved true across our gaming benchmarks even after Nvidia grafted much faster GDDR6X memory to it. Considering that our roundup of the best GPUs recommends that most PC gamers should opt for the $400 GeForce RTX 3060 Ti over the $500 RTX 3070 for 1440p gaming, spending another $100 on a barely faster RTX 3070 Ti is a hard sell at that resolution. (Or at least it would be in normal times.) Conversely, spending $700 on a GeForce RTX 3080 would get you significantly faster 4K and 1440p performance.

So the GeForce RTX 3070 Ti is a bizarre creature: a very good graphics card that’s bracketed by better options. But its release helps Nvidia in key strategic ways. First, the company can slap the ‘Ti’ moniker on these full-GA104 dies and sell them for a sizeable premium over the very slightly cut-down 3070. That’s huge for Nvidia’s bottom line at a time when every high-end GPU sells out instantly. Second, this card boosts GeForce back into competition against its AMD rivals, after the $580 Radeon RX 6800 blew past the 3070 in many games. Nvidia hates to lose in benchmarks (though AMD’s $580 Radeon RX 6800 still edges it out overall).

Let’s dig into Nvidia’s own $600 GeForce RTX 3070 Ti Founders Edition, which will be (sporadically) available via the GeForce website as well as Best Buy when the 3070 Ti launches on June 10.

Nvidia compares the GeForce RTX 3070 Ti against last generation’s GeForce RTX 2070 Super in the specifications page it provided reviewers, as you can see below. It’s worth mentioning that the price creep we’ve witnessed across all tiers of graphics card pricing (and mentioned at the end of our 3080 Ti review) continues here: The RTX 3070 Ti costs $600, while the RTX 2070 Super cost $500, while the GTX 1070 Ti cost $450. So if you’re looking to upgrade from a GTX 1070 Ti, this isn’t really an apples-to-apples comparison despite the similar branding.

The comparison that matters if you’re buying new is against the cards bracketing the 3070 Ti in Nvidia’s product stack. With 6,144 CUDA graphics cores, the RTX 3070 Ti only has a few hundred more than the 5,888 found in the vanilla 3070, but thousands fewer than the 8,704 CUDA present in the RTX 3080. A few hundred more cores gives a little extra oomph, as you’ll see in our benchmarks, but nothing game-changing. (By comparison, the other new Ti card, the RTX 3080 Ti, wound up only a few hundred CUDA cores short of the step-up 3090, and thousands ahead of the vanilla 3080—the opposite of this scenario.)

Nvidia sweetened the pot by equipping the Ti version with 8GB of cutting-edge GDDR6X memory, which rockets the card’s total memory bandwidth to a speedy 608GB/s. The vanilla 3070 uses a standard non-X version of GDDR6 memory, which runs much slower, bringing its effective memory bandwidth down to 448GB/s. The extra VRAM speed helps the RTX 3070 Ti get a little more pep in its step in memory-constrained games, if you’re playing at the higher resolutions for which this card is built.

That said, Nvidia still only gave this card 8GB of raw capacity (despite giving the $330 RTX 3060 16GB of GDDR6). As with the non-Ti 3070, the decision is a bit concerning in an era when games are demanding more VRAM for high-res textures. That amount should suffice for now, for most games at 1440p resolution—though some games, like Watch Dogs Legion, already blow past that even at 1440p with everything cranked. But this modest serving of RAM may make AMD’s rival Radeon RX 6800 and its ample 16GB of GDDR6 more appealing, especially if you plan on playing at 4K. We said the following about the vanilla 3070, and it still holds true:

“The 8GB memory buffer gives me pause for 4K gaming. It holds up just fine in most (but not all) games today with all visual options cranked to Ultra, but it may hold back performance in a couple of years, especially since the PlayStation 5 and Xbox Series X consoles are both moving to 16GB of VRAM when they launch in a couple of weeks. It’s hard to know what the future holds, but it’s worth considering before you make your purchase. If you plan to hold onto your graphics card for four or five years, and plan to play at 4K resolution, you might want one with more memory.”

Otherwise, this is yet another RTX 30-series Founders Edition card. Nvidia’s 3070 Ti cooler design basically splits the difference between the 3070 FE and 3080 FE setups. While the RTX 3070 FE used dual fans on the bottom face of the card, the 3070 Ti FE returns to the radical one-fan-on-top, one-fan-on-bottom “flow-through” configuration deployed by higher-end Founders Edition models. The fan closest to the rear of your PC acts like a blower-style cooler, while the top fan sucks air through the card and pushes it up into your CPU cooler and case fans, so those components can deal with the heat.

The 3070 Ti’s proprietary 12-pin power connector peeks out through the thick metal heat fins in the side of the card in 3080 FE-like fashion, rather than being deployed horizontally. Despite the many similarities to the GeForce RTX 3080 Founders Edition cooler design, the 3070 Ti uses the smaller, thinner heat fins found on the 3070, rather than the bristling-thick metal found on the 3080.

You’ll need to use Nvidia’s bundled 12-pin power adapter to connect to a pair of conventional 8-pin plugs. (It’s still ugly, and if you care about aesthetics in your build, it might be worthwhile to spring for a pricey full-size converter cable, if your particular modular power supply supports it.) The power requirements for Nvidia GPUs went up significantly this generation, and the RTX 3070 Ti drives that home. The last-gen RTX 2070 Super drew 215 watts of total graphics power, and Nvidia recommended pairing it with a 650W power supply. The 3070 Ti takes 290W and a 750W PSU.

The card comes with a single HDMI 2.1 connection and a trio of DisplayPorts, same as every other RTX 30-series Founders Edition offering. Beyond that, the GeForce RTX 3070 Ti includes everything you get with all RTX 30-series GPUs: Best-in-class ray tracing, DLSS 2.0, Nvidia Reflex’s awesome latency lowering capabilities, the sublime NVENC encoder for streaming and video creation, and so on.

Let’s get to the benchmarks!