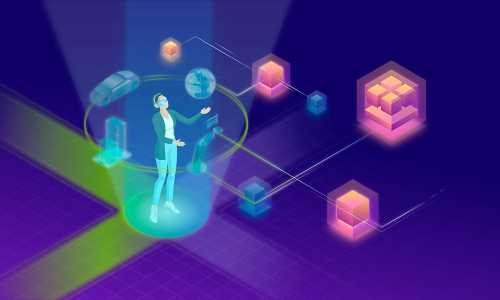 NVIDIA’s GPU’s tend to be the most popular when it comes to PC virtual reality (VR) gaming but the company also supports the industry through a range of other initiatives. Today, as part of the company’s GTC 2021 conference CEO Jensen Huang announced the upcoming general availability of NVIDIA Omniverse as well as expanding CloudXR‘s support to Apple devices.

CloudXR was launched by NVIDIA last year to facilitate the streaming of immersive XR experiences over 5G and WiFi. With its latest version, CloudXR 2.1 adds support for iOS devices, streaming on Microsoft Azure as well as now being available through the AWS Marketplace.

“With the addition of iOS support within CloudXR, we can now deploy content in a platform-agnostic way, enabling us to expand capabilities for delivery and increase our ability to target content for end clients,” said Jason Powers, chief creative technologist at Brightline Interactive in a blog post. “From a developer perspective, porting apps from Android to iOS, especially for real-time rendered content, can be painstaking work. By utilizing CloudXR, we can quickly and easily add iOS as a target platform for our real-time networked augmented reality experience.”

Back in 2017, NVIDIA revealed Project Holodeck, a physics-based collaboration tool for enterprise. NVIDIA Omniverse is the evolution of that project, enabling production teams to work together no matter where they are, even if they’re using different programs. The platform works thanks to the NVIDIA Omniverse Nucleus server, which manages the database, and NVIDIA Omniverse Connectors, compatible apps like Blender, Autodesk 3DS Max, Adobe Photoshop, Unreal Engine 4 and more.

“Every few decades, technologies converge to enable a whole new thing – Omniverse is such an invention,” said Huang, founder and CEO of NVIDIA. “Building on NVIDIA’s entire body of work, Omniverse lets us create and simulate shared virtual 3D worlds that obey the laws of physics. The immediate applications of Omniverse are incredible, from connecting design teams for remote collaboration to simulating digital twins of factories and robots. The science-fiction metaverse is near.”

The NVIDIA Omniverse Enterprise software will be available on a subscription basis this summer for small and large workgroups.