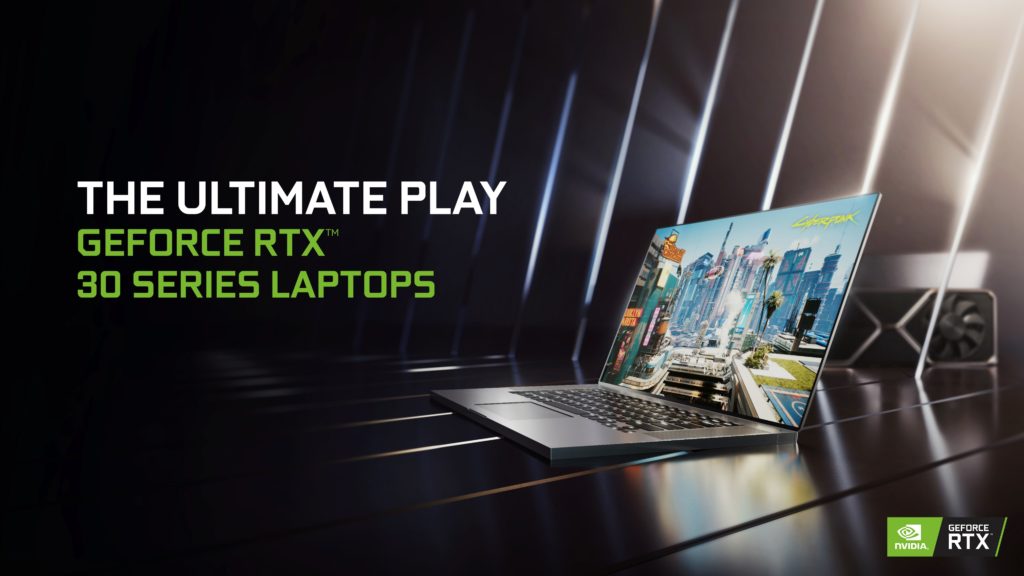 The RTX 30-series first launched in desktop GPUs back in September. The new ‘Ampere’ architecture delivers 1.9x the performance per watt.

NVIDIA calls this its biggest laptop launch yet, with over 70 models from every major manufacturer.

The chips feature Dynamic Boost 2.0, which “uses AI to balance power between the CPU, GPU and GPU memory” – NVIDIA says this results in a seamless boost to performance when needed.

The company is making bold performance claims, describing even the $999 options as more powerful than PlayStation 5 or previous RTX 2080 SUPER laptops – those launched at more than $2000.

These laptops should have no problem running popular PC VR titles like Half-Life: Alyx, Boneworks, Asgard’s Wrath, and even some simulators – though you’ll likely have to keep the settings on the lower side with the mobile 3060.

You can sign up on NVIDIA’s website to be notified as soon as these laptops are available.