Note: Some mild spoilers for both Observation and the 2018 horror film Hereditary

There’s this nugget of wisdom that writers like to say whenever the subject of innovation comes up: every story has already been told. The statement is probably right, but it isn’t even one of defeat. Instead, what it implies is that even though every story has been told, the real, exhilarating challenge for creators is finding new ways to tell the story. My Own Private Idaho, for example, is a version of Henry IV that uses Portland and modern language to tackle universal themes about duty, betrayal, and friendship. Or, for something more gamey, I think there’s a sound argument to be made that The Last Of Us is just another version of Cormac McCarthy’s The Road. The specificity of the events in each story is different but the broad strokes are the same in the end: two characters traversing an unkind world, struggling to find a connection with one another as much as they are struggling to survive.

Horror, perhaps like no other genre, bears the brunt of that distressing statement more than any other. How can you scare someone when their eyes are already searching the shadows for the boogeyman waiting to leap out, when they’ve seen 27 variations of this particular plot play out in other movies before, when they’ve become so desensitized to knives through the eyeballs and heads cleaved from necks? There are only so many stories about monsters and people and the shapes they come in, and yet in spite of that deficit of so-called innovation, horror persists, and it persists wonderfully.

Take Observation, the recently-released sci-fi horror adventure game from No Code. Observation approaches the traditional sci-fi horror staple of Artificial Intelligence Gone Awry from a fresh point of view: that of the artificial intelligence itself. Observation’s S.A.M. challenges the concept of the coldly detached sociopathic A.I. like Alien’s Mother or 2001‘s HAL by simply the virtue of you, a human being, playing the role. This novel twist lays the foundation for all of Observation’s strengths. Instead of being a weakling human running through the corridors of a broken space station, you’re the demigod trying to help (or harm?) that weakling. 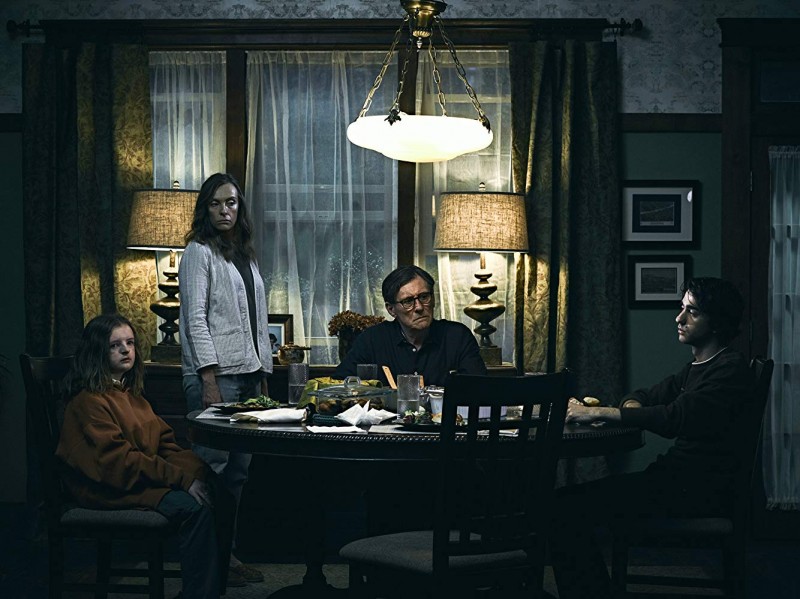 Observation excels because instead of taking power away from you and shoving you in a dangerous space, it lets you operate from a traditionally safe standpoint. You’re an A.I.: it’s impossible for you to suffer bodily harm. That’s a huge risk that No Code makes, making you not worry about your own safety but the safety of your human companion, Doctor Emma Fisher. This is a huge departure from horror games, where jump scares and monsters pursuing you to the ends of the earth serve as the traditional model of what a scary game should be. However, what I like most about Observation is that it packs its thrills and unsettling moments into its conceit in a natural, slow-burn way that mimics Emma and S.A.M’s co-dependent relationship as questions slowly unfold during your journey.

Just how did the space station fall apart? Who is responsible for all the troubles that Emma and her crew are suffering? Was it S.A.M, whose memory banks are conveniently wiped before the game begins, or something else? Can Emma trust you? Can you trust yourself?  The player, like S.A.M. and Emma, must face these questions head-on as they progress through the game and the pair’s relationship. Observation lurches into paranoia, eschewing jump scares for deeply unsettling paradoxes and stomach-churning plights of the soul. And during that time, the horror and possibility of danger emerges from the emotional tether you have to Emma. In the end, Observation is what the brilliant but flawed SOMA should have been: a game that has no need for actual roving monsters because its story, characters, mechanics, and setting all work together to present a powerfully disturbing and enticing experience.

In a lot of ways, Observation reminds me of Hereditary, a movie that marries grief to a Polanski-style descent into raving lunacy. For me, Hereditary‘s most powerful moment had nothing to do with blood or death but instead an argument screamed over a dinner scene where two people unleash their resentments and grief on another. It’s a raw, powerful sequence that really gives life to Hereditary’s despairing stance that family is not a place of sanctuary but instead one of doom. The movie reckons with the idea that family brings us into an existence where we’re doomed to die, where curses swim in our blood. The notion of generational curses in any medium is not new (One Hundred Years Of Solitude, An American Haunting, so on) since they’re rooted in folklore of various cultures. However, Hereditary mines that anxiety that we’re on trial for the sins and failures of our parents (and that our children will likely be on trial for our own failures) in a visceral way. Observation approaches the notion of surveillance and the idea that we’re completely removed from danger if we’re operating from a place of power in a similar, topsy-turvy fashion where nothing is sacred or safe no matter how powerful we think we are.

I truly believe that horror is probably the hardest genre to pull off because it requires its creator to be a skilled illusionist and manipulator, tricking their audience into thinking the same old story they’ve seen a hundred times is in fact something startling and new. Observation is a masterclass lesson in that particular art, and one that I hope the developers of tomorrow’s horror games take to bloody heart.

Javy Gwaltney’s cultural column, The Virtual Life, is dedicated to exploring the places where our lives and games intersect, making meaningful connections to games. It runs bi-weekly on Wednesdays.

FIFA 23 anti-cheat on PC backfires and breaks the game

An Obituary For Overwatch