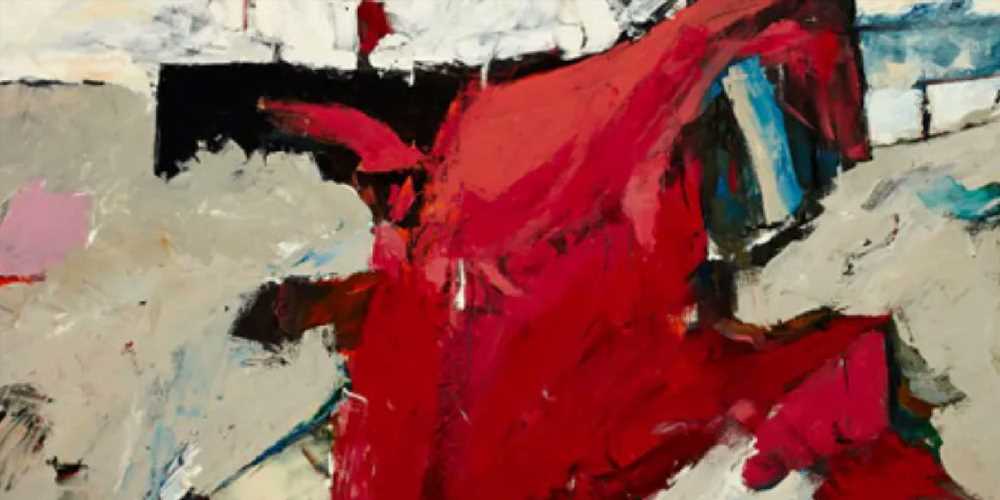 James Ronald, an award-nominated composer, shared some artwork on Twitter from his grandfather, painted in 1956. But what's interesting is that, while it predates Among Us by 62 years, it looks suspiciously like a red crewmate.

But it goes beyond that. While it looks like a crewmate Naruto running, arms stretched out behind them, knee poised upward in front, it's also called 'J'accuse', the French for 'I accuse'. In internet terms – you're sus.

William Ronald was a Canadian painter but impressively, he was the youngest of the Painters Eleven, a group of abstract artists who held exhibitions in Toronto, pushing for abstract art to become more mainstream among Canada's public. J'accuse, the painting in question, was painted back in 1956, but it wasn't sold until a little later in 1971, now held at the Oshawa Museum.

William Ronald wasn't just an artist, though, he was also a CBC journalist, a columnist, and a variety show host, even getting in trouble for painting abstract portraits of prime ministers and showing them off on tour. Years later, after his fame and notoriety in Canada among the political elite, he's back in the spotlight for a fun little coincidence, an older painting of his that resembles a modern game.

But even in life, he was an eccentric character, going as far as to hire strippers to dance by his side while he painted, something he would do in public. He died in 1998, however, but he died from a heart attack that he had while painting, passing away a few days after, leaving behind an intriguing legacy.

His grandson James Ronald took a different artistic route, focusing on music, and you can find all sorts on his YouTube like covers of Super Mario Odyssey tracks, Gwyn's theme from Dark Souls, and original albums like Words With Freds' and the Cinemassacre Podcast theme.