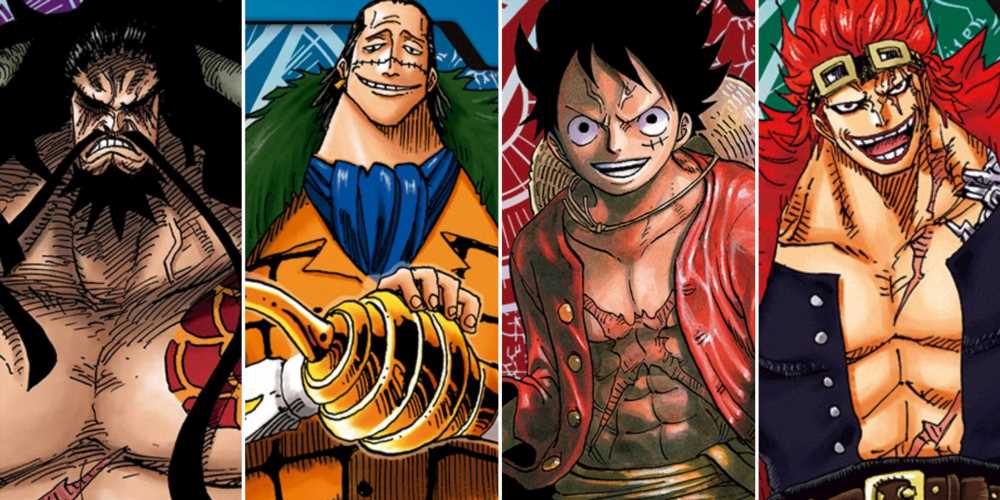 Like with any card game, the best and easiest way to get started with One Piece Card Game is with one of their pre-constructed starter decks. Not only are starter decks a great way to start, but like Yu-Gi-Oh!, some of these decks might be worth a good chunk of change in the future.

They will teach you the basics of the game with a deck that best encapsulates what playstyle each color tends to have, but that is just the beginning of your journey to becoming the King of the Pirates. 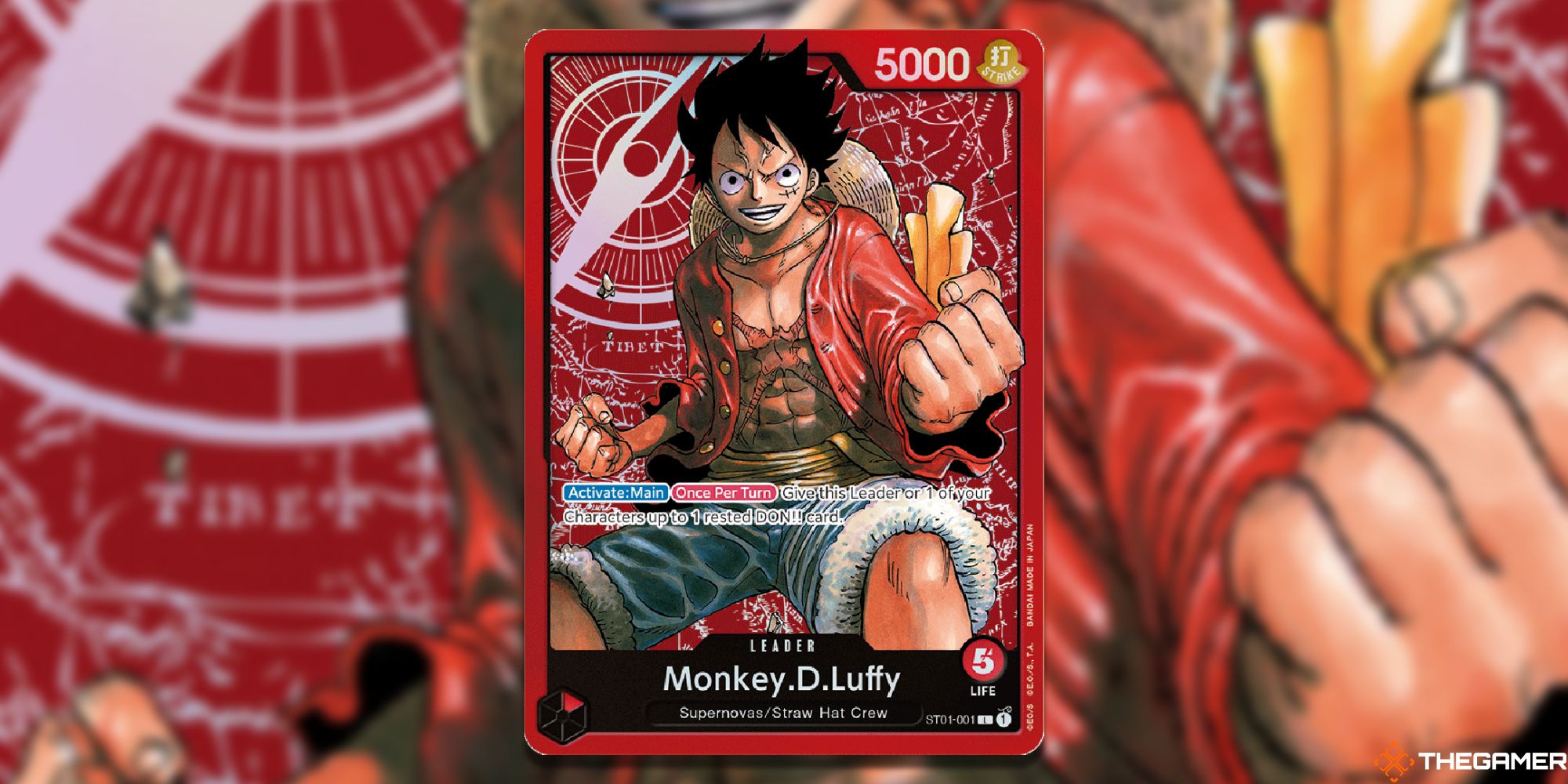 Sadly, the deck featuring the leading cast of One Piece is the worst of the decks. Not to say that the deck is bad by any means; the deck will teach new players how aggro works in the One Piece Card Game, and the main core of the game, which is battling.

Its only downside is that in a constructed format, the Straw Hat deck lacks certain options that make them a less well-rounded and cohesive deck. The deck does a lot of neat things, with it being able to use combos that can use rested DON!! to power up your next hit.

It also includes big character cards that decks tend to have a hard time against like Franky, but it being a card with nothing to note besides its whopping 6,000 power, leaves something to be desired.

If aggressive play and huge, unstoppable characters are your thing, then the Straw Hat Crew deck is the way to go, but you'll need a few more cards from Romance Dawn to round it out a bit more. 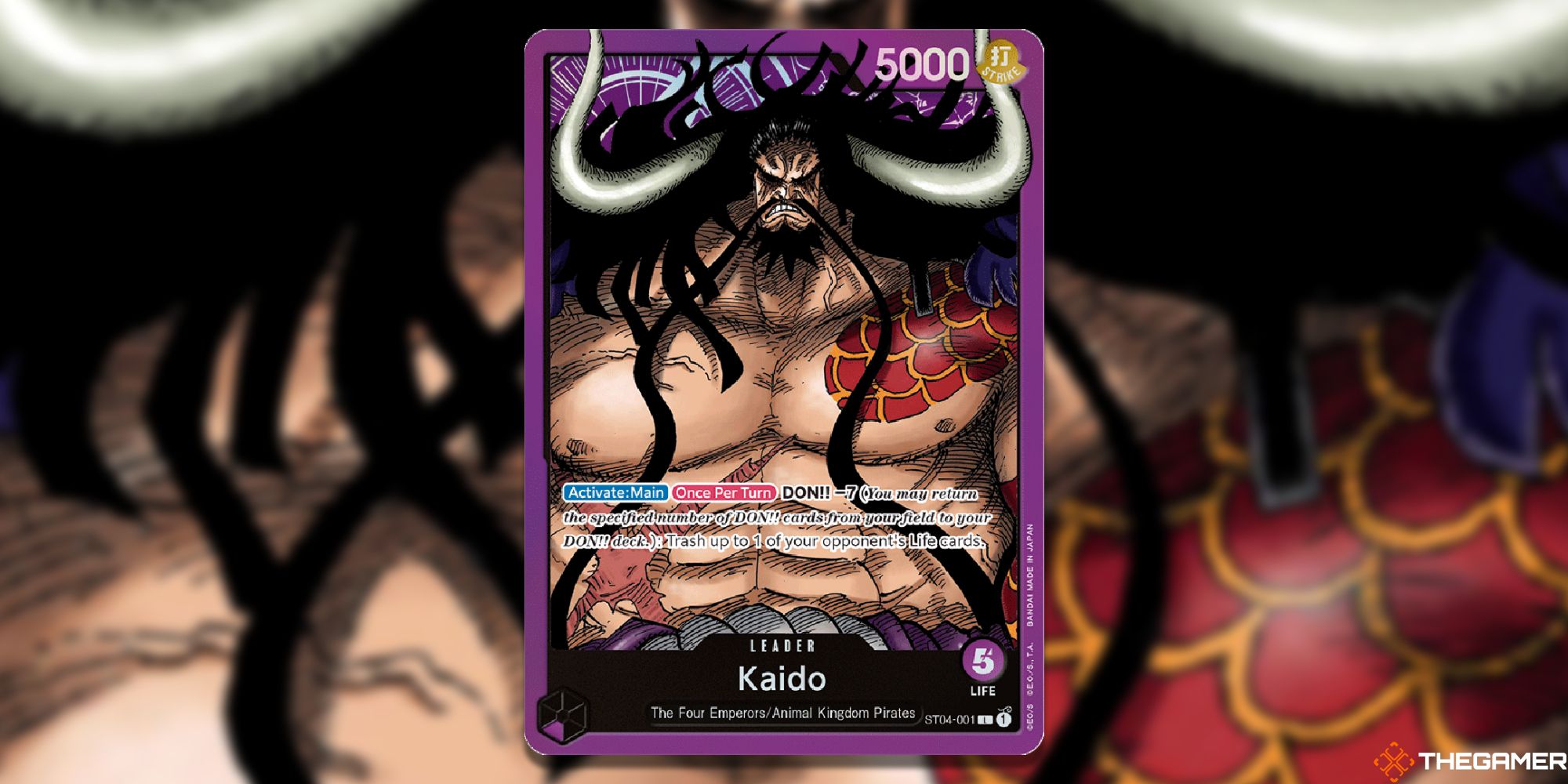 Purple always tends to be the "gimmicky" color in most color-based card games. While it is also true in the One Piece Card Game, the Animal Kingdom Pirates deck does things a little differently from most. In the One Piece Card Game, you can draw two DON!! cards from your DON!! deck every turn. Purple pushes that further with cards like Onigashima Island, which you can rest once per turn to draw an extra DON!! card.

Even though Onigashima Island draws an extra DON!!, the card comes into play rested, so you are unable to use it to pay any play costs. That's another small gimmick in the Purple deck; many cards include effects whose cost requires you to return a DON!! card back to the deck, constantly cycling your resources in a never-ending engine with an incredibly strong top end to clean up games quickly when played properly.

As the meta progresses, it seems like the real game begins when both players have their maximum allotted DON!!, so a deck that can ramp up quickly and reach that threshold by turn four can be quite deadly.

2/4 The Seven Warlords Of The Sea 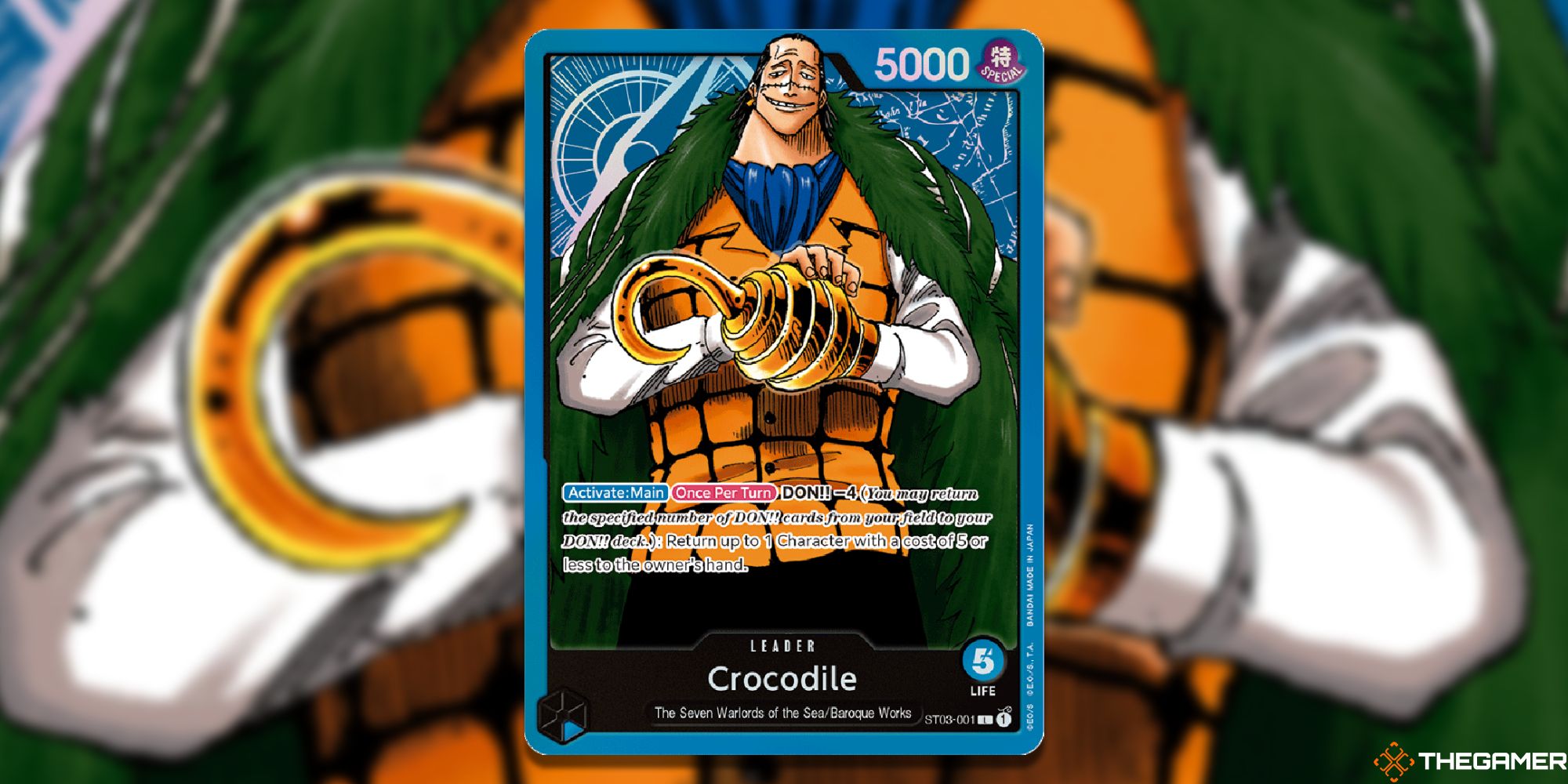 Every starter deck has its own identity, and the Warlords deck's gameplan is control. With tons of tools like the seven-cost Doflamingo and cheap blockers like Trafalgar Law, the Warlords deck can play an oppressive and slow game that will frustrate your opponent.

Not only does the deck do well at controlling your opponent's board by bouncing characters back to their hand or even redirecting attacks to your blockers, but it is also the only deck that can draw a lot of cards.

Related: One Piece Characters & Their Perfect Pokemon PartnerDue to the counter mechanic in the One Piece Card Game, card draw is few and far between, albeit during the draw phase. Cards that have card draw effects come at a steep price or need to meet specific conditions. Cards like Dracule Mihawk and the Love-Love Mellow event cards, while conditional, can offer players that extra counter that can save their lives.

Control-heavy cards and unique card-drawing blockers and attackers are what make the Seven Warlords deck a force to be reckoned with in the One Piece Card Game. 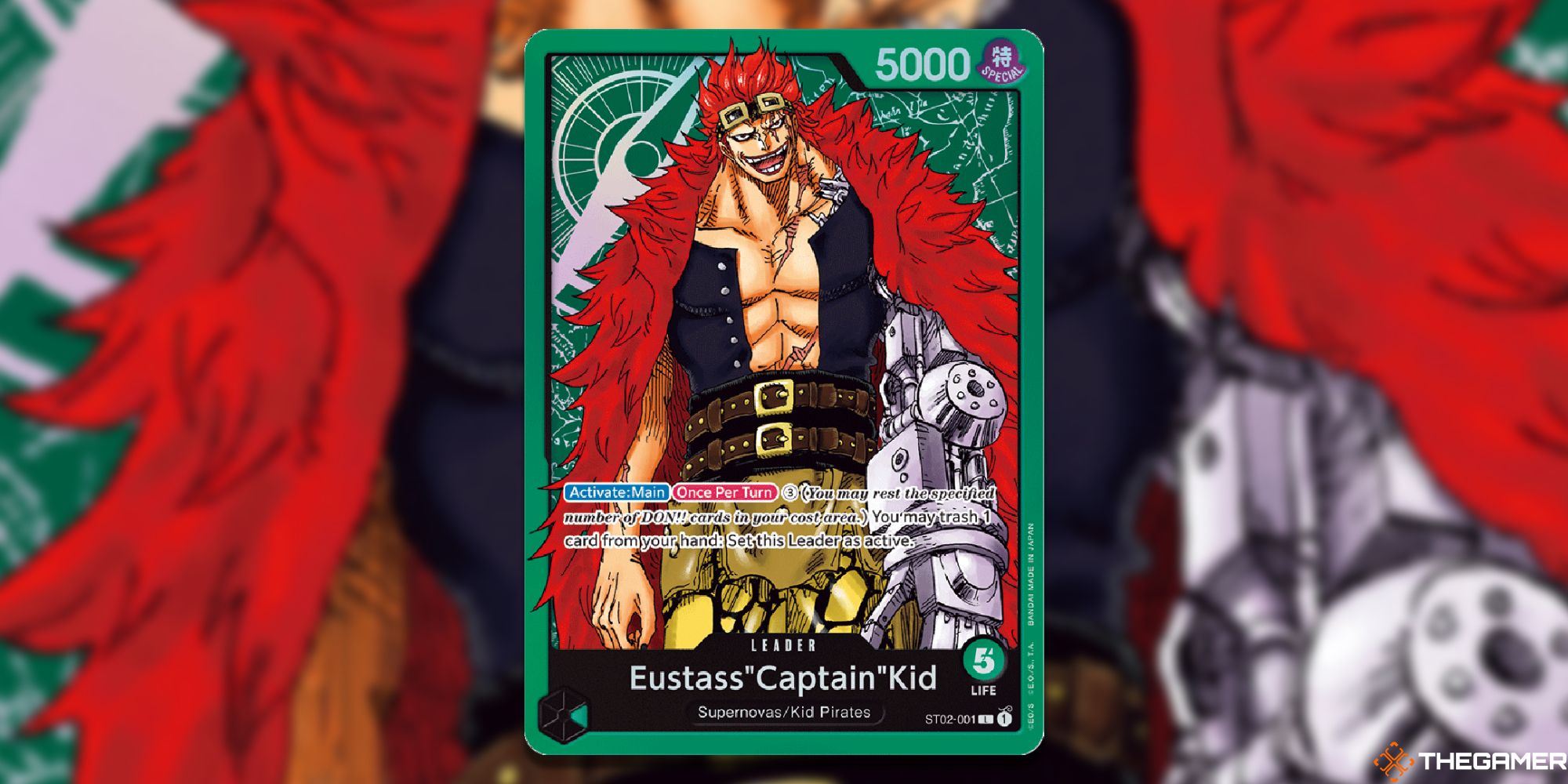 While they are known as the Worst Generation, they are easily the best when it comes to the One Piece Card Game.

Not only is the Leader effect in Eustass Kid one of the most powerful effects in the entire game, but the deck includes powerful search cards like Jewelry Bonney, which can search almost the entire deck, and Killer, a monster of a card that can K.O. any three-cost or less unit.

Most of the power of this deck comes from the synergy that all the Supernovas have with each other and the myriad of effects that they bring to the table. K.O. effects, setting rested characters to active, resting opponents characters, high damage output, you name it, this deck has it.

The Worst Generation is not unbeatable by any means. Bandai has designed and balanced the game quite well, to the point that it feels like each deck beats the next one. If you're ever caught in a pickle against the Worst Generation, try bringing a Blue Warlords deck.