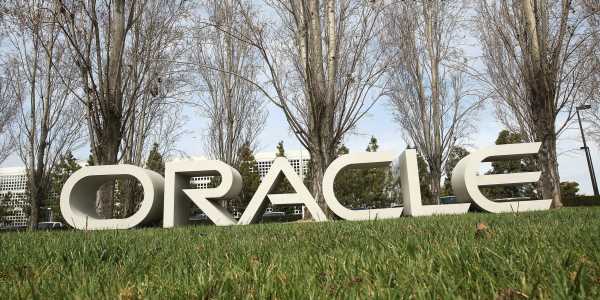 Today, Oracle announced a wide range of improvements to its cloud-hosted version of MySQL, offering some new features along with often significant speed-ups and lower prices. The rollout illustrates how the company, which purchased MySQL in 2009, intends to compete with rivals who are able to download and run the open source version of MySQL for free.

The software at the core of the announcement is a new storage engine called HeatWave. MySQL uses a collection of software extensions known as engines to write information to disk. Anyone who downloads a current version of MySQL, for instance, may choose to use one of the free engines like InnoDB or MyISAM, which are also open source.

Developers can generally switch between engines with little effort, allowing them to pick the one with the best performance and protections for their project. Oracle expects that most developers will be able to switch to HeatWave with few if any changes to their code. The MySQL interface, which normally hides the work of the engine from the programmer, will be the same.

While the larger MySQL code base remains open source, the new engine will be proprietary and can only be used inside Oracle’s cloud. It won’t be able, at least for now, to be installed locally.

What’s up with HeatWave?

HeatWave was created by Oracle’s internal experts after several years of internal research and development, a process that Oracle estimates produced several dozen patents. The company focused on speeding up larger data sets of several terabytes that might be spread out over multiple machines.

To document its new creation’s prowess, Oracle presented benchmark results from loading similar databases into both HeatWave and some of their competitors that are also selling services based on running MySQL. Competitors like Amazon may also have tweaked MySQL in building their services, but Oracle’s benchmarks suggest that Oracle’s work creating a new storage engine has paid off.

One benchmark (TPCH*) running on a four terabyte database is said to be more than 1,100 times faster running on HeatWave than when loaded into versions of MySQL running on Amazon’s Aurora. Another benchmark (CH-benCHmark**) designed to simulate a mixed workload of writes and reads is said to run with “18 times lower latency, and 110 times higher throughput.”

Oracle also offered benchmark results that showed HeatWave was 7 to 9 times faster than some other big data storage options, like Google’s BigQuery or Snowflake.

How did they achieve this speed-up? Oracle offered four major improvements:

“Amazon is taking an open source version of MySQL, which doesn’t have any of these performance benefits, and they’re running it as a managed service,” explained Nipun Agarwal, vice president of research and advanced development at Oracle working on HeatWave. “Guess what? It is 5,000 times slower than HeatWave, which you would expect. But it is also about 35% more expensive, right? So not only will it not give you the performance, it’ll also cost you.”

Oracle highlights the fact that the price for running the benchmarks may be between 50% and 80% lower on the Oracle service than on the competitors’, at least based upon the public list rate — numbers that are sometimes just starting points for negotiations and secret discounts.

“Our one-year pricing and the pay-as-you go are the same,” explained Steve Zivanic, vice president for database and autonomous services at Oracle. “We asked, ‘What is the best pricing available on their website?’ One said, ‘Hey, if you want information on pricing, call us.’ We haven’t done that. No amount of discounting is going to make up for the 44x [slowdown].”

The announcements also highlighted Oracle’s plan to bring automation to the MySQL service. The new features, called Autopilot, simplify the work of provisioning with machine-learning algorithms. Tasks like splitting data between nodes or planning some standard queries will be largely handled automatically by HeatWave. Oracle says the system adjusts over time as it processes queries, speeding up common requests.

The new version of HeatWave also bumped up some of the limits. The clusters can now use 64 nodes, up from 24, and handle 32 terabytes of data, up from 12.

Another feature will be the way that the high performance of HeatWave allows it to handle both transaction processing and analytical capabilities, a task that some developers accomplished in the past by storing the same information twice in two different databases.

Pablo Lemos is cofounder and CTO of Tetris.co, a marketing analysis company that’s been helping Oracle test versions of HeatWave during development.

“Compared with our previous approach (AWS Aurora + Redshift), we are saving around 50% of our costs,” Lemos said in an email interview. “Also, with MySQL Heatwave the analytical layer is available as soon as we write the data on the transactional layer. There is no need to move the data at all.”