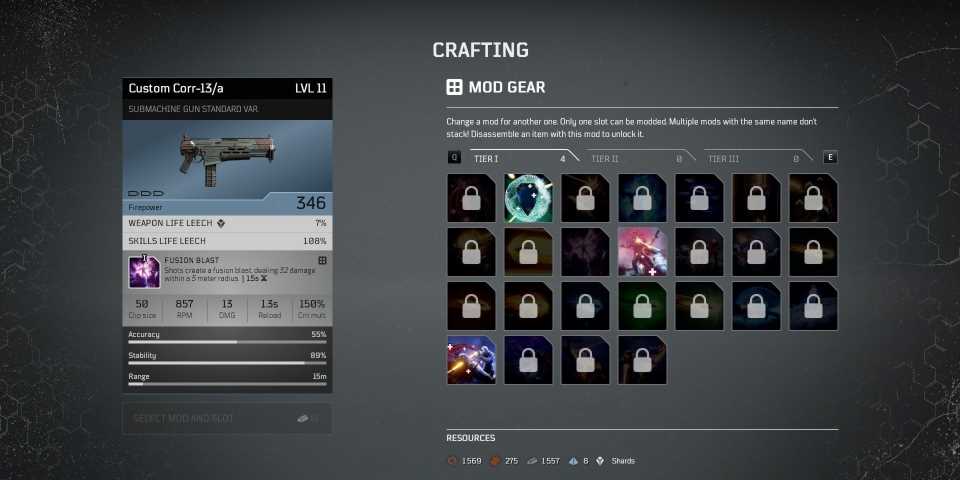 Loot and build diversity are Outriders’ greatest strengths. Thanks to the mod and crafting systems, players have an absurd amount of control over their character’s behavior. To get the most out of Outriders’ loot system, you’ll need to understand how crafting works.

Crafting in Outriders focuses on improving your gear instead of making new items entirely. Every item you find on Enoch can be tweaked and enhanced through the crafting system, allowing you to increase attributes or alter your items’ behavior entirely. It sounds complicated on paper, but crafting is rather intuitive once you understand how it works. Before you can start tinkering with your weapons, you’ll need to complete a certain quest.

How To Unlock Crafting 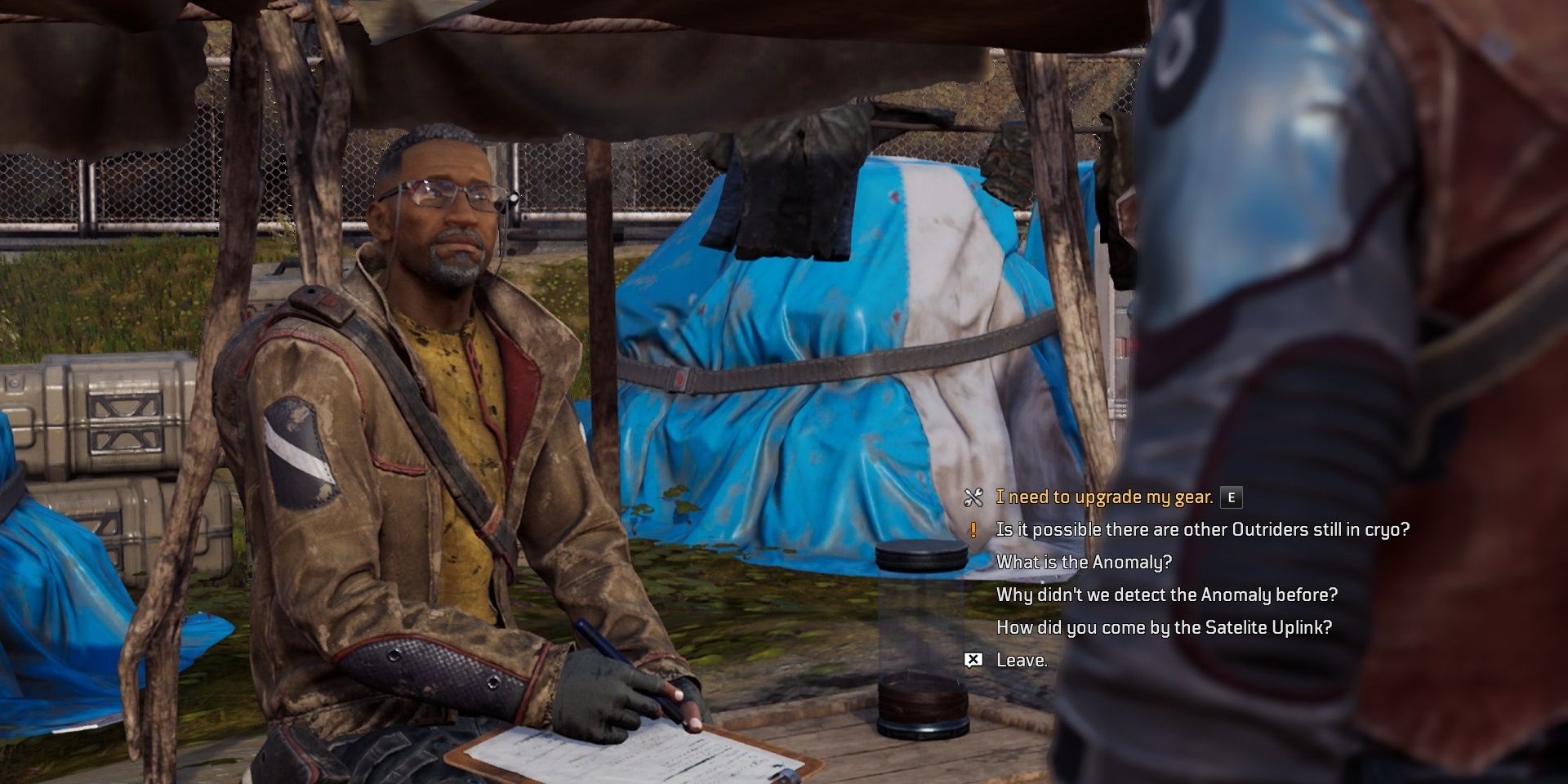 To unlock crafting, you must reach the last step in the “Salvation” quest, found in The First City zone. It’s a main story quest, so it’s impossible to miss. When you reach the last step of the quest, head to the hub town and talk to Dr. Zahedi. His first dialogue option will allow you to access the crafting interface. 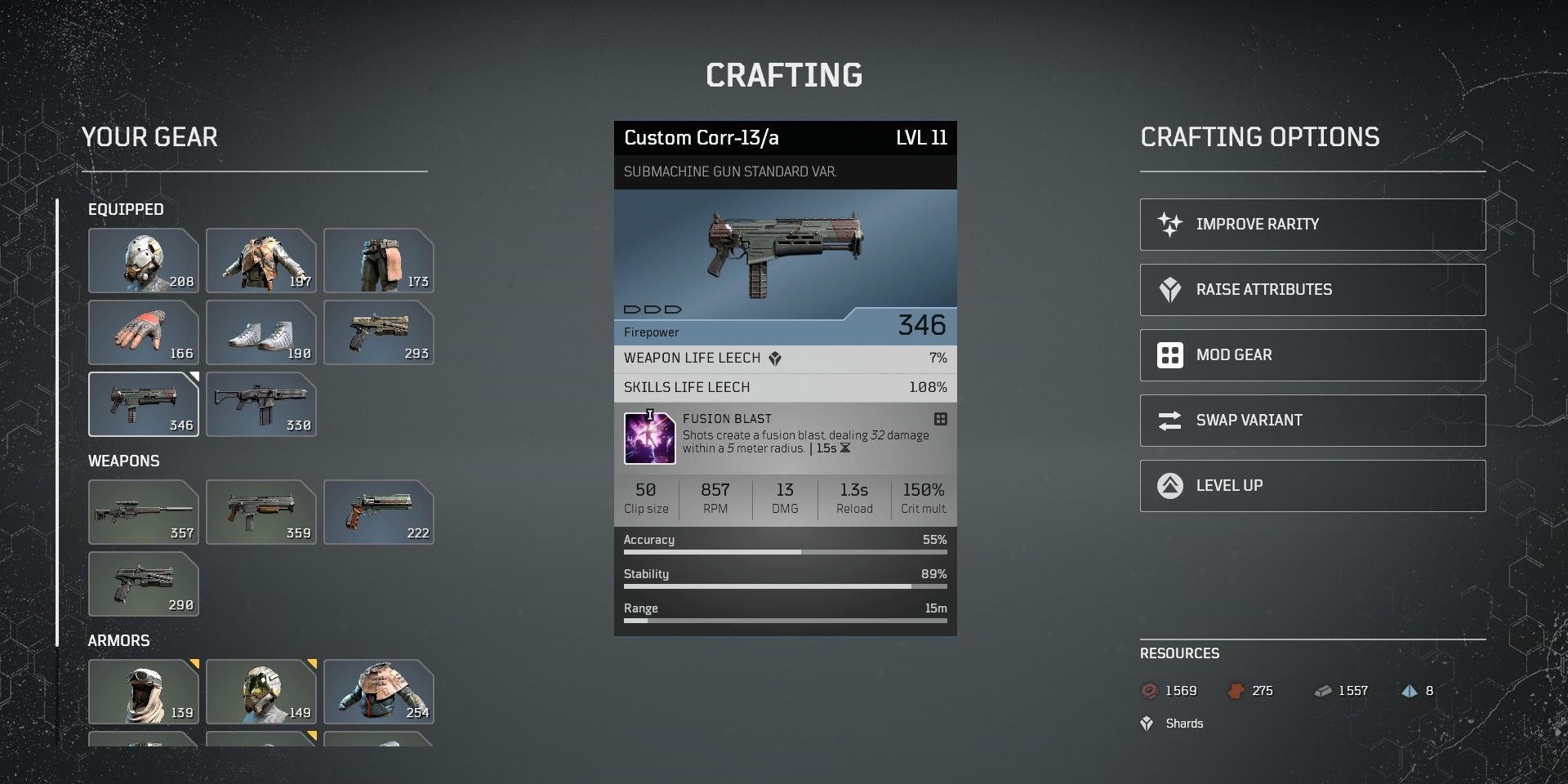 Crafting in Outriders allows you to upgrade and alter the behavior of your weapons and armor. You can increase an item’s rarity up to Epic quality, upgrade an item’s attributes, change the behavior of your weapons, and increase the item level of your equipment. All of these options will cost resources such as iron, leather, and shards, all of which can be found by harvesting resource nodes or dismantling items. Let’s go over each crafting option and how it impacts your items. 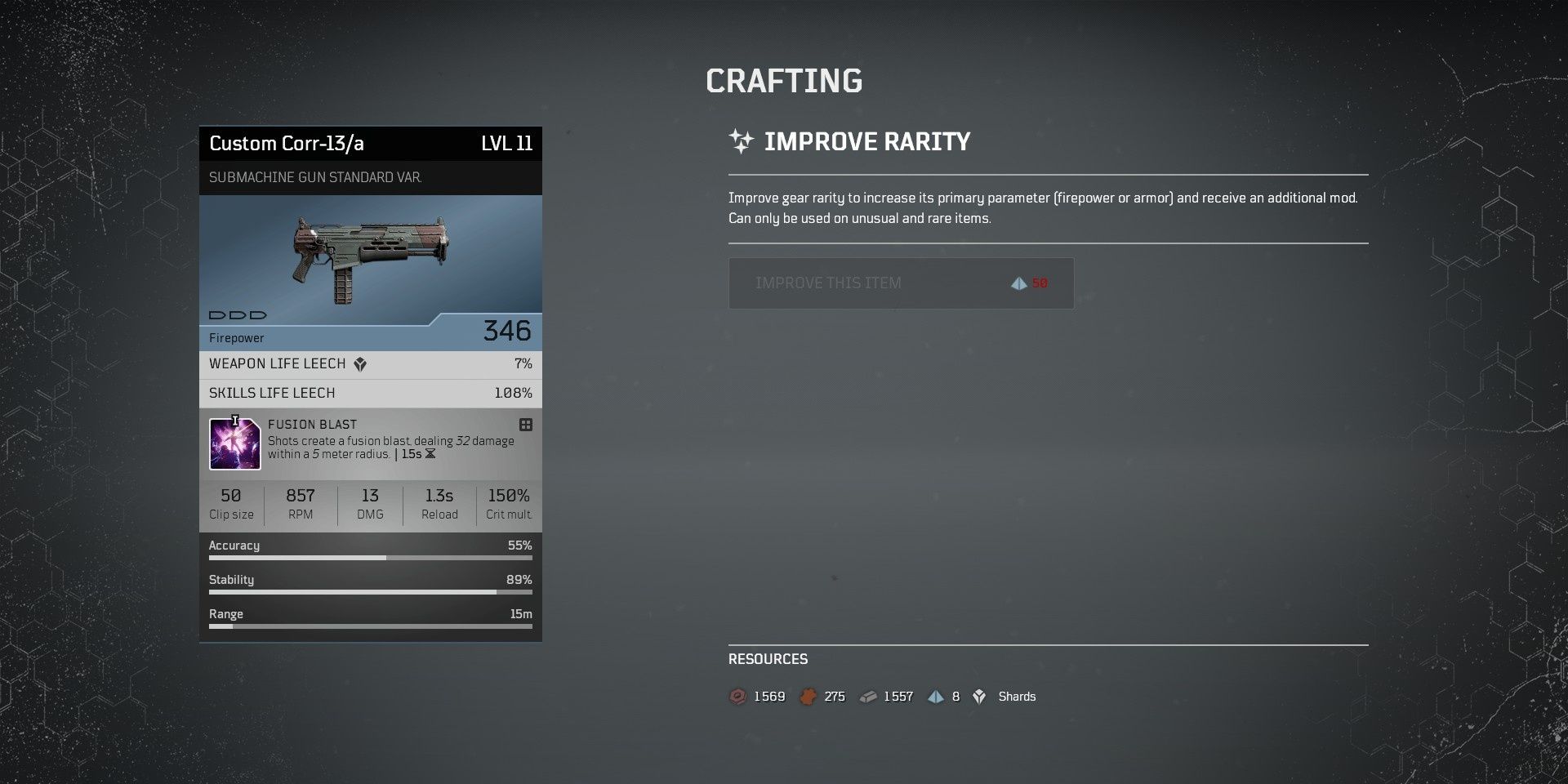 Improve gear rarity to increase its primary paraeter [firepower or armor] and receive an additional mod. Can only be used on unusual and rare items.

Outriders uses a rarity system that is par for the course in this genre. Gear can drop with common, unusual, rare, epic, or legendary quality. This option will allow you to upgrade the rarity of unusual and rare items. Upgrading an item’s rarity improves its damage output (weapons) or damage resistance (armor).

You cannot upgrade gear beyond Epic quality; you’ll need to farm missions and Expeditions if you want to obtain Legendary weapons. 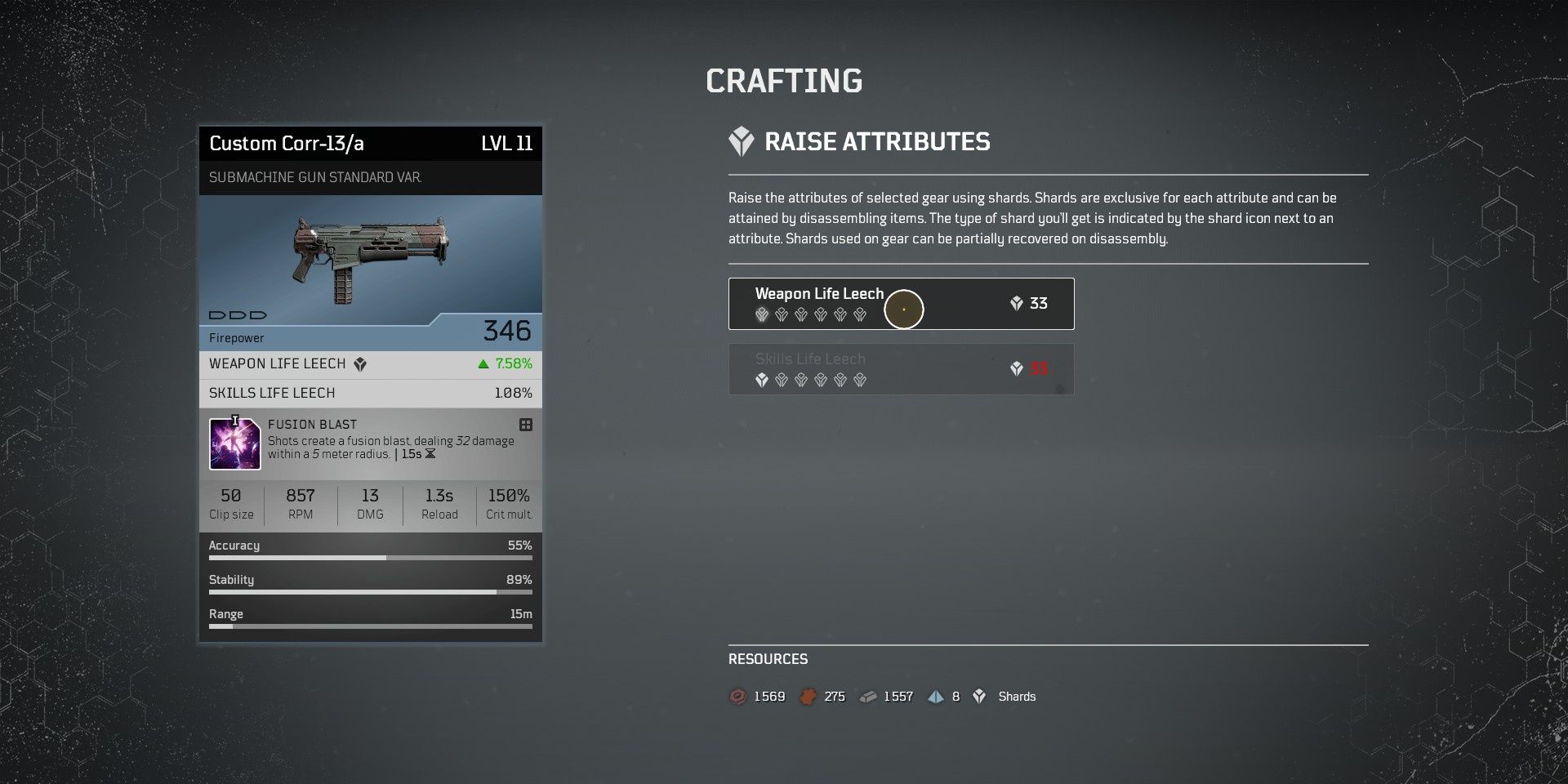 Raises the attributes of selected gear using shards. Shards are exclusive for each attribute and can be obtained by disassembling items. The type of shard you’ll get is indicated by the shard icon next to an attribute. Shards used on gear can be partially recovered on disassembly.

Raise Attributes does exactly what you’d expect: it increases the strength of certain attributes on your items. Attributes are the auxiliary bonuses provided by your weapons and armor. Stats such as Weapon Life Leech, Anomaly Power, and Bonus Firepower are considered attributes. Firepower and armor are not attributes you can increase from this menu.

Note: Disassembling gear with upgraded attributes will refund a portion of the shards you invested in the item.

The following attributes can be enhanced: 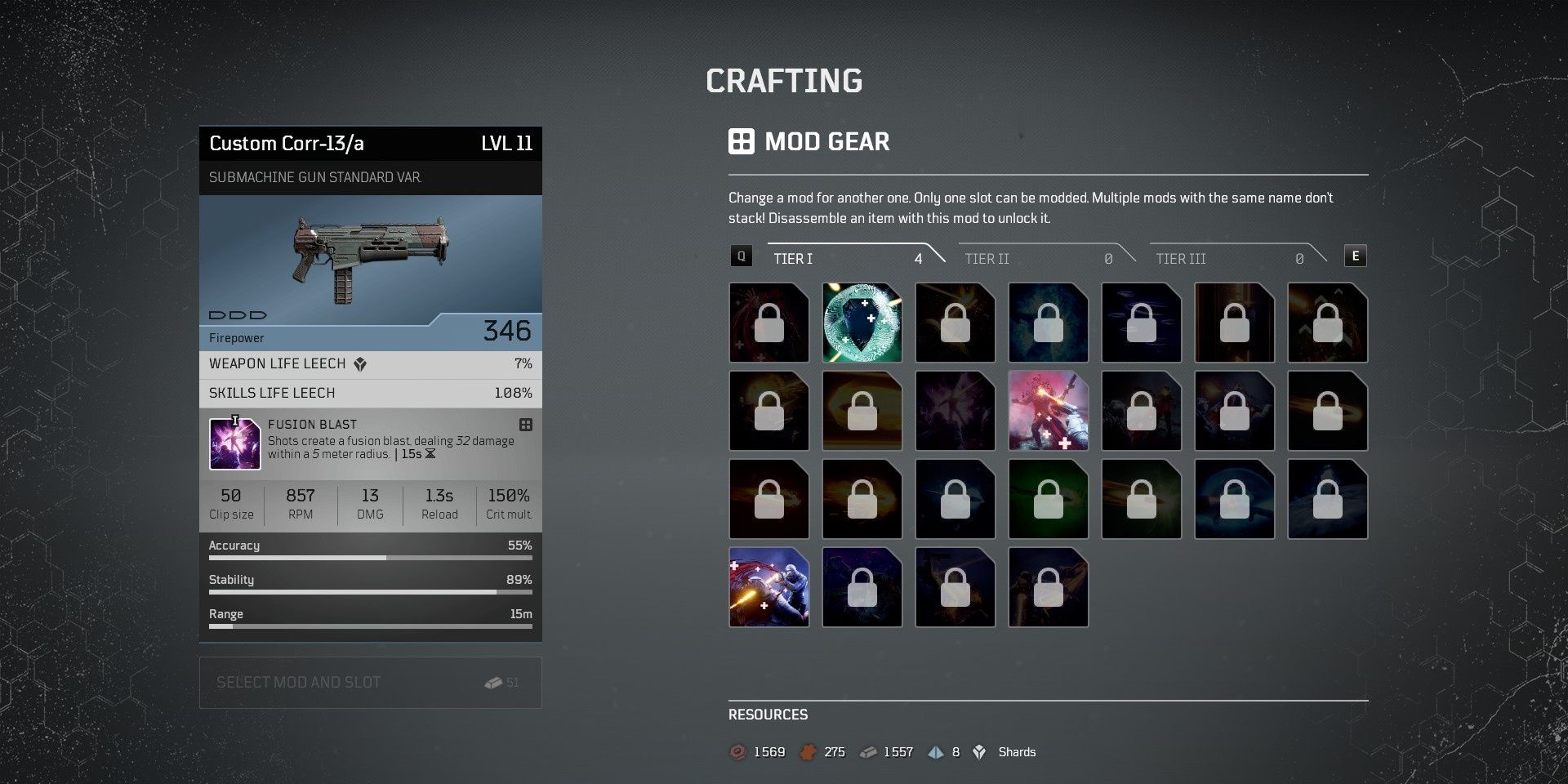 Change a mod for another one. Only one slot can be modded. Multiple mods with the same name don’t stack! Disassemble an item with this mod to unlock it.

Rare, epic, and legendary gear all have mods that grant that weapon unique effects, mimicking perks seen in other looter shooters and APRGs. In Outriders, you can freely change the mods present on your items through the crafting interface.

While in the Mod Gear menu, select whichever unlocked perk you’d like to use. The game will then let you replace one mod slot on your weapon. Replacing mods costs iron for rare items and (likely) shards for epic and legendary gear.

You can unlock mods by dismantling unwanted items in your inventory. To do so, hover over an item in your inventory menu that has a rarity of rare or higher. Use the inspect button (“V” by default on PC), then press the dismantle button (“Del” by default on PC). This will unlock that mod permanently in your collection, allowing you to apply it to any applicable item you choose.

Note: Once you replace the mod on a weapon, the second mod slot locks! You cannot change both mod slots on an item via crafting, encouraging you to farm for duplicate items with better rolls and mods. Mods with the same name, regardless of mod tier, cannot be used together on the same item. 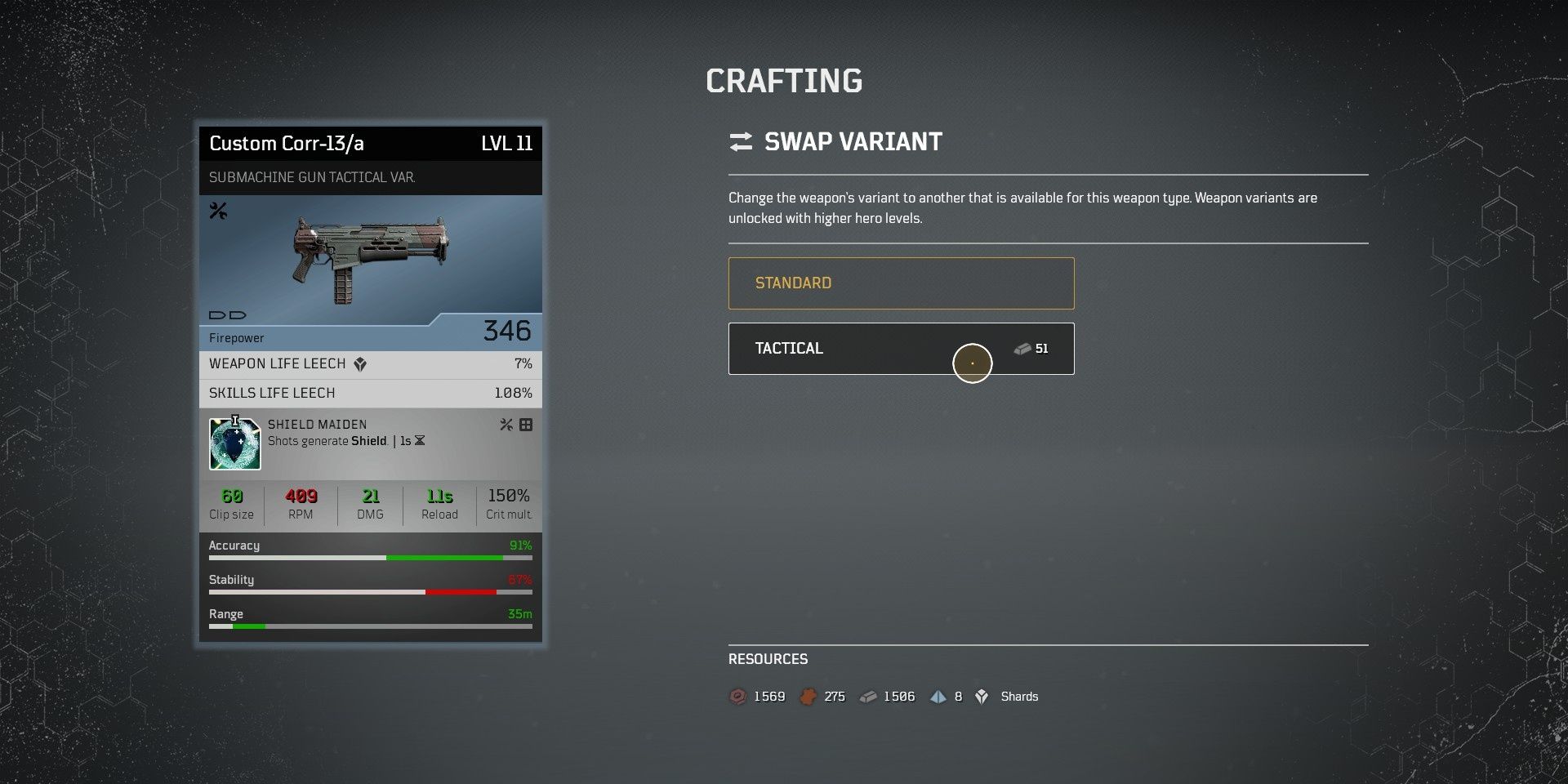 Change the weapon’s variant to another that is available for this weapon type. Weapon variants are unlocked with higher hero levels.

Note: this option only applies to weapons.

You can use Swap Variant to change the fire mode and behavior of your weapons. Most weapons can be modified to fire in single-shot, burst-fire, or full-auto. Each variant type comes with a unique stack package. In most cases, single-shot, slower variants tend to deal more damage with each shot. You unlock weapon variants by increasing your character’s level. 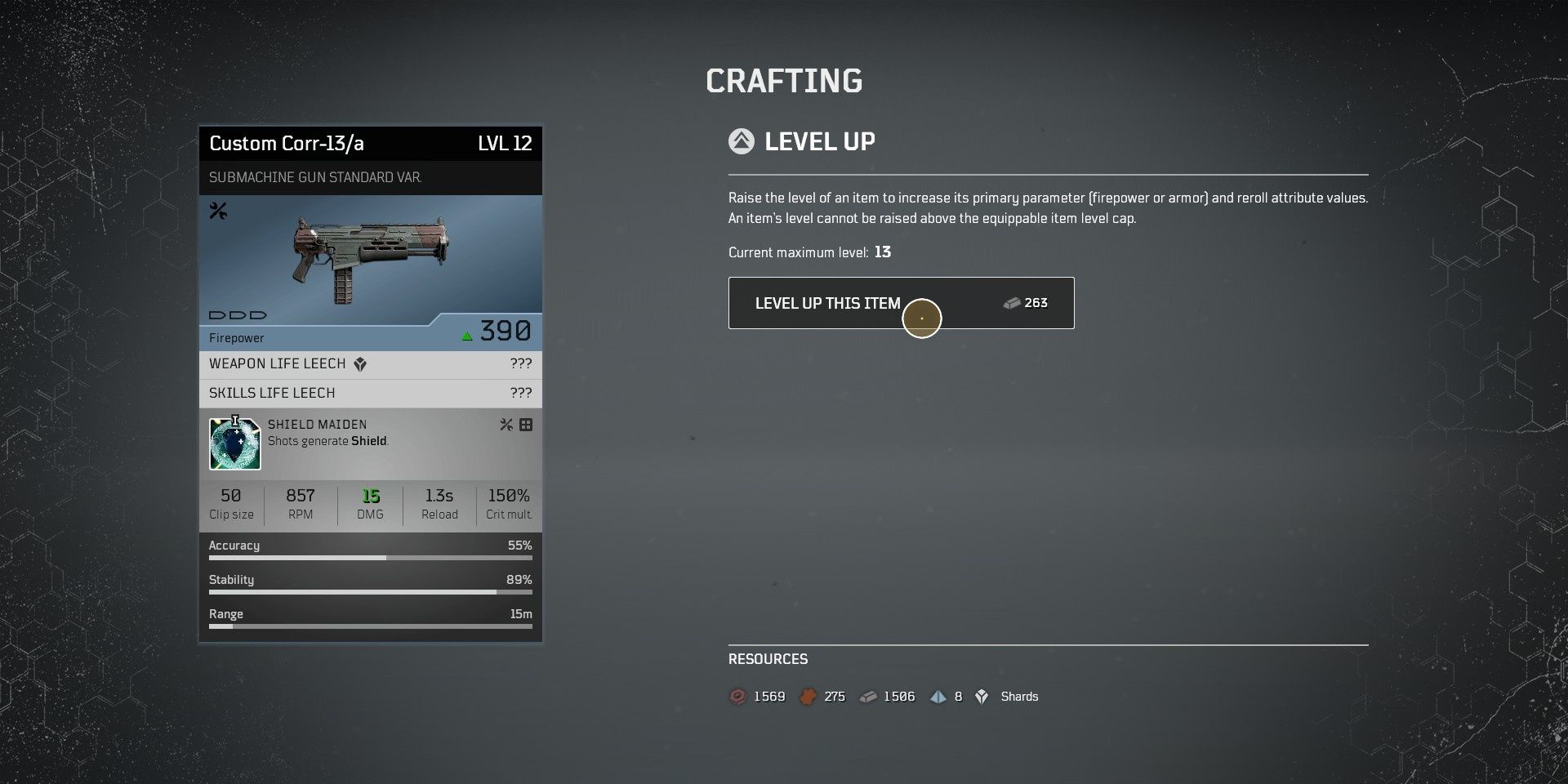 Raise the level of an item to increase its primary parameter [firepower or armor] and reroll attribute values. An item’s level cannot be raised above the equippable item level cap.

Increasing the level of an item will increase its primary stat (firepower for weapons, armor for clothing) and reroll attribute stats. The rerolled attributes seem to pay respect to the shard investment made in the Raise Attributes menu. You can increase an item’s level up to the equippable item level cap.

Next: Outriders Complete Guide And Walkthrough 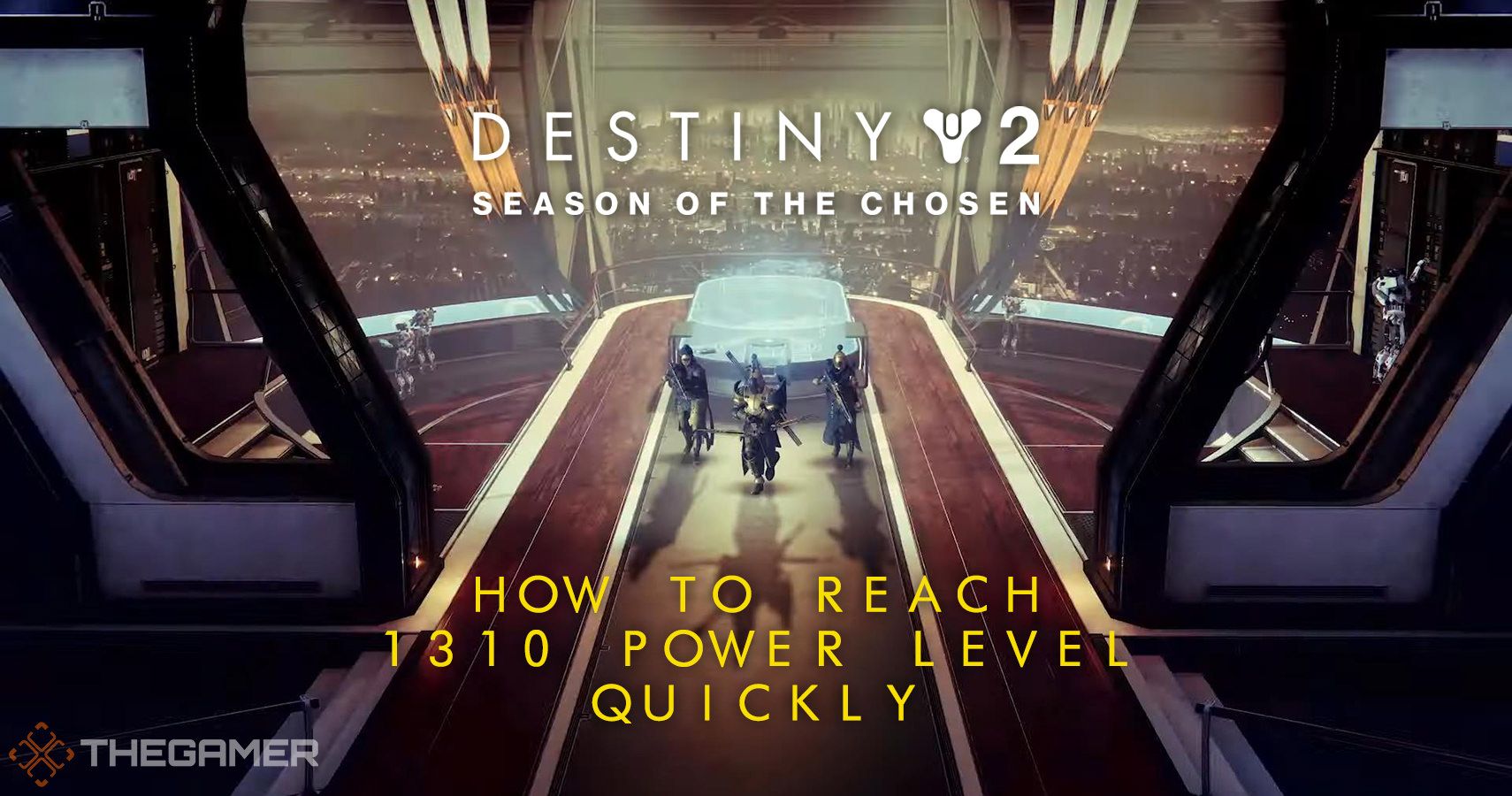