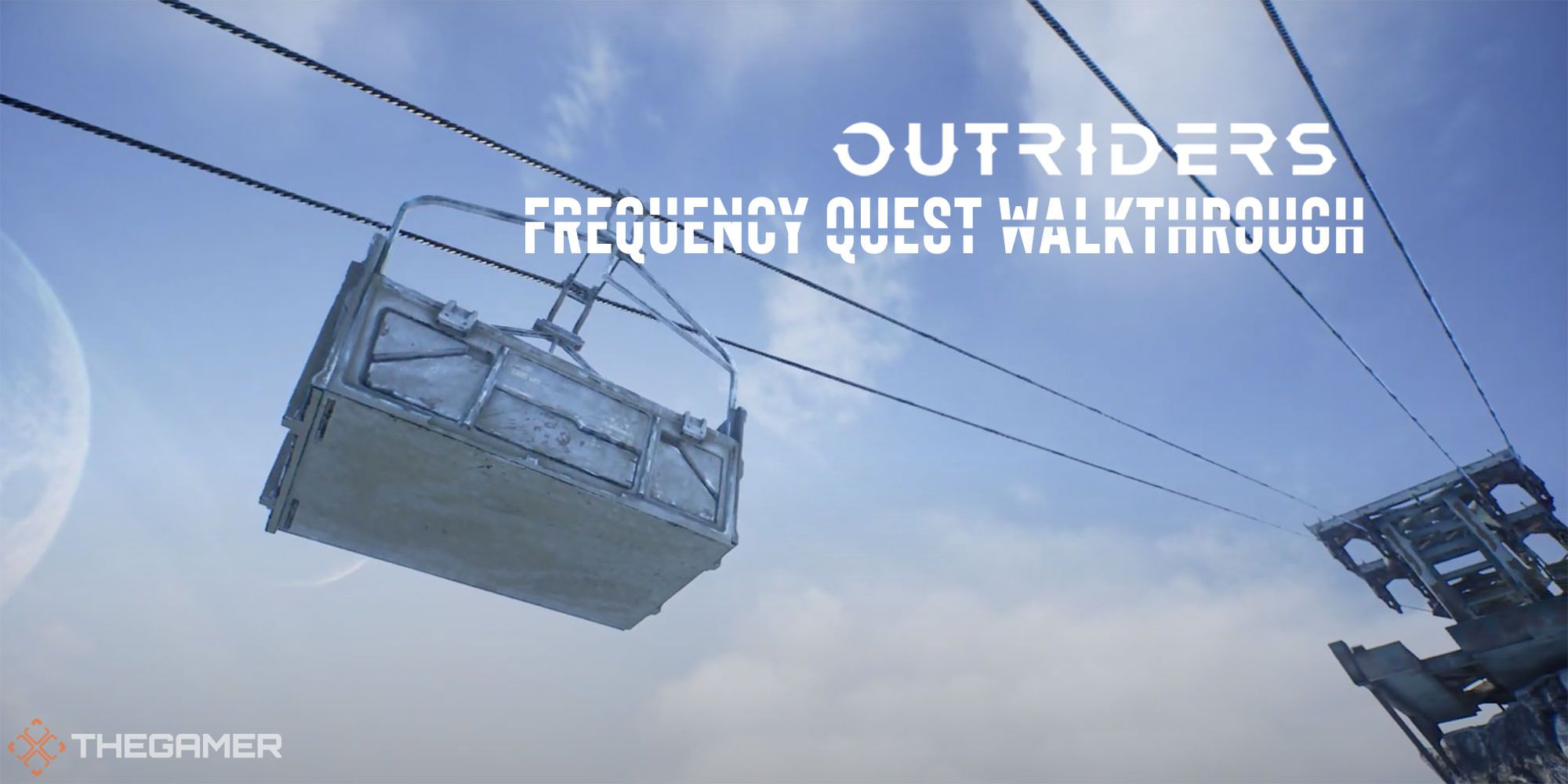 After fighting a rather massive molten spider worm, you’re now able to use one of Eagle Peak’s cable cars to reach the radio tower Dr. Zahedi needs to use. Compared to what you just accomplished, this quest should be a cakewalk.

Frequency is one of Outriders’ more mundane quests, but it does throw quite a few enemies your way. If you’re looking to farm loot at the earlier stages of the game, this isn’t a bad mission to farm. Be prepared to deal with some tanky Elite enemies and hordes of fodder enemies. Let’s go over how you can single-handedly clear out an Insurgent stronghold.

Break Through The Insurgents’ Stronghold 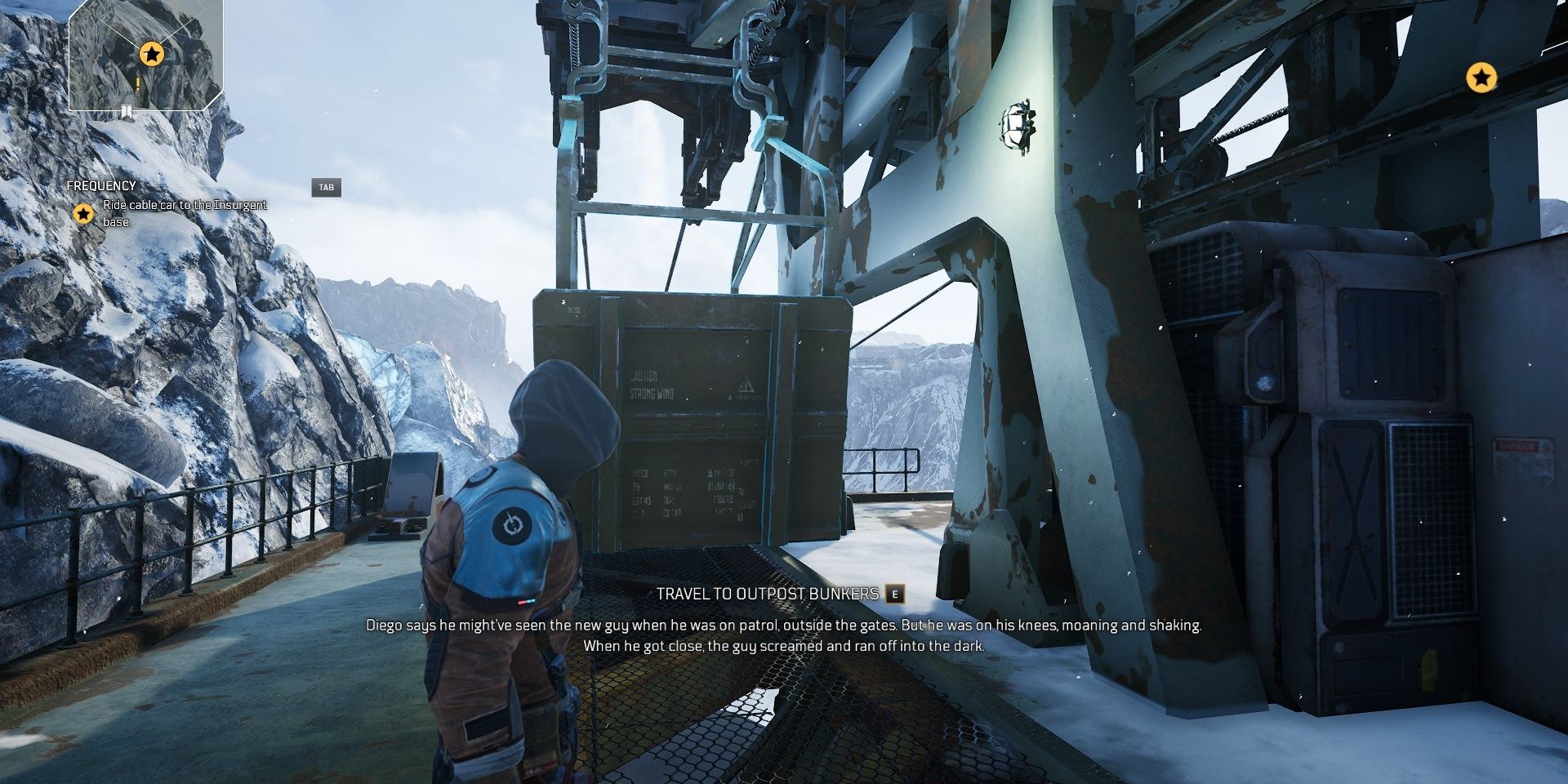 Use the cable car at the hub area to reach the outskirts of the Insurgent stronghold. 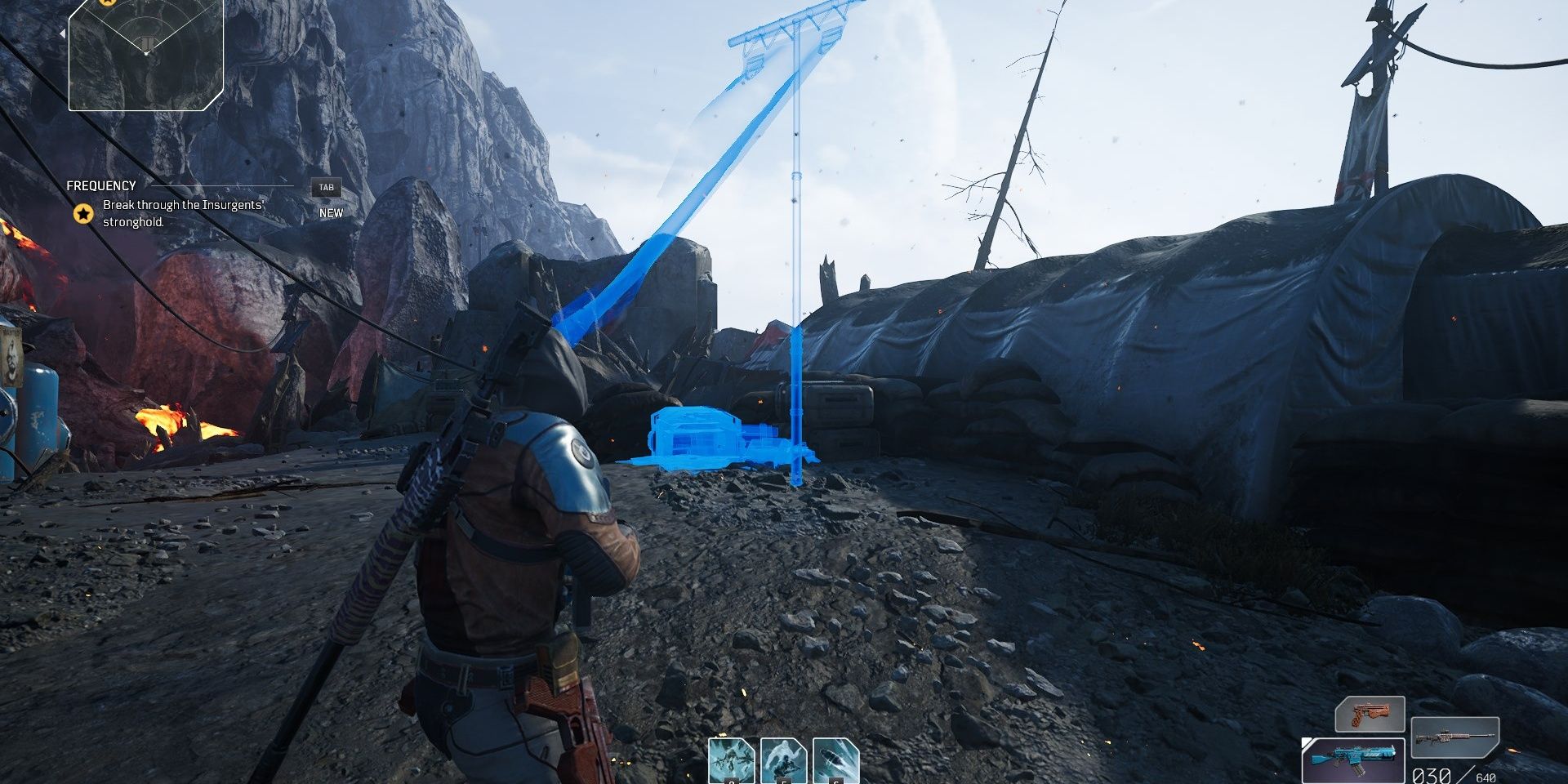 When you arrive, place a flag down. Recover your ammo, and be sure your character has their passive points allocated and best gear currently equipped. 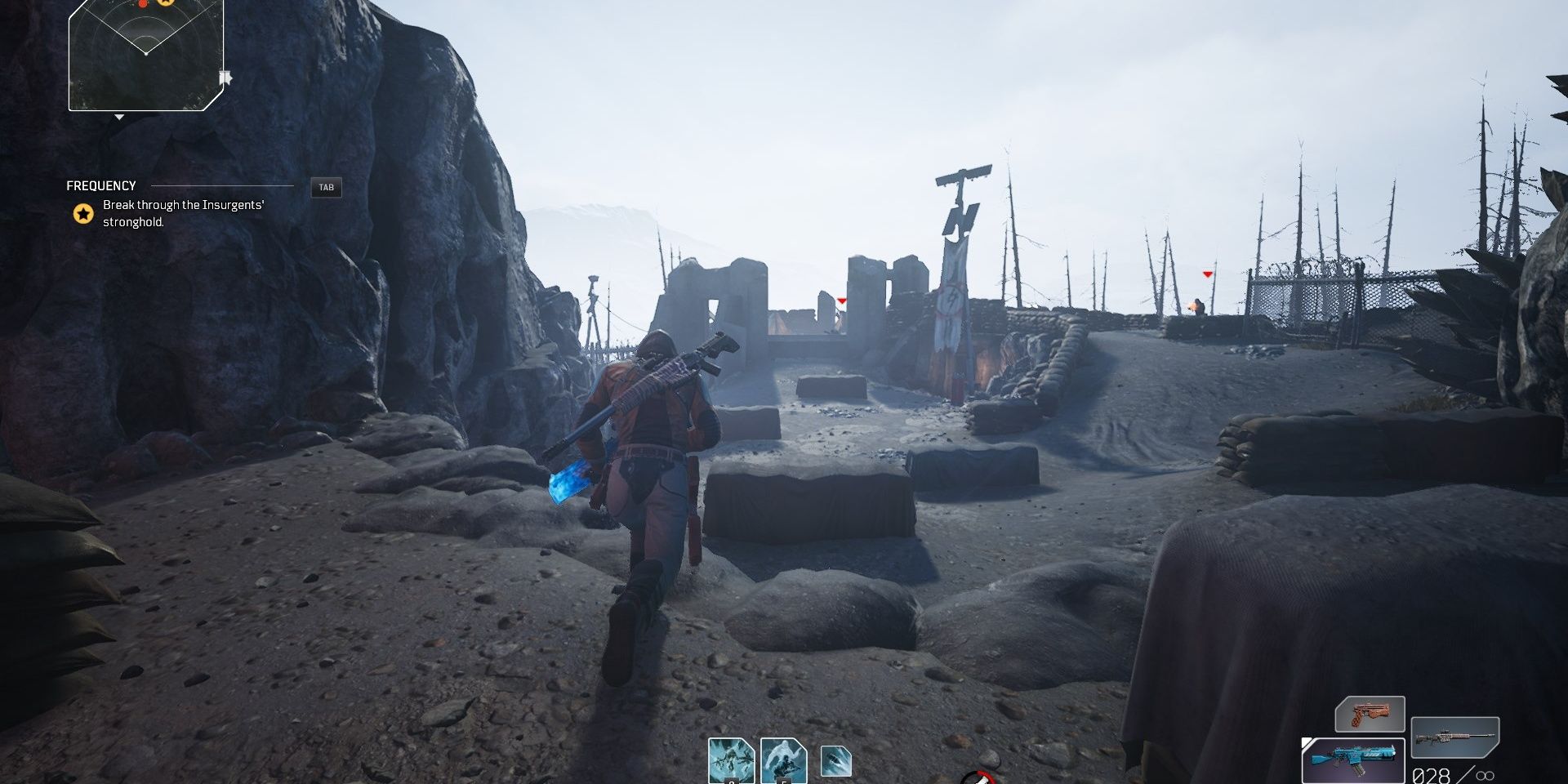 Around the corner will be a squad of Rifleman and Breachers, nothing too taxing for you at this stage. Most of the enemies will spawn near the building at the other end of the arena, so feel free to rush that location to spawn kill them. 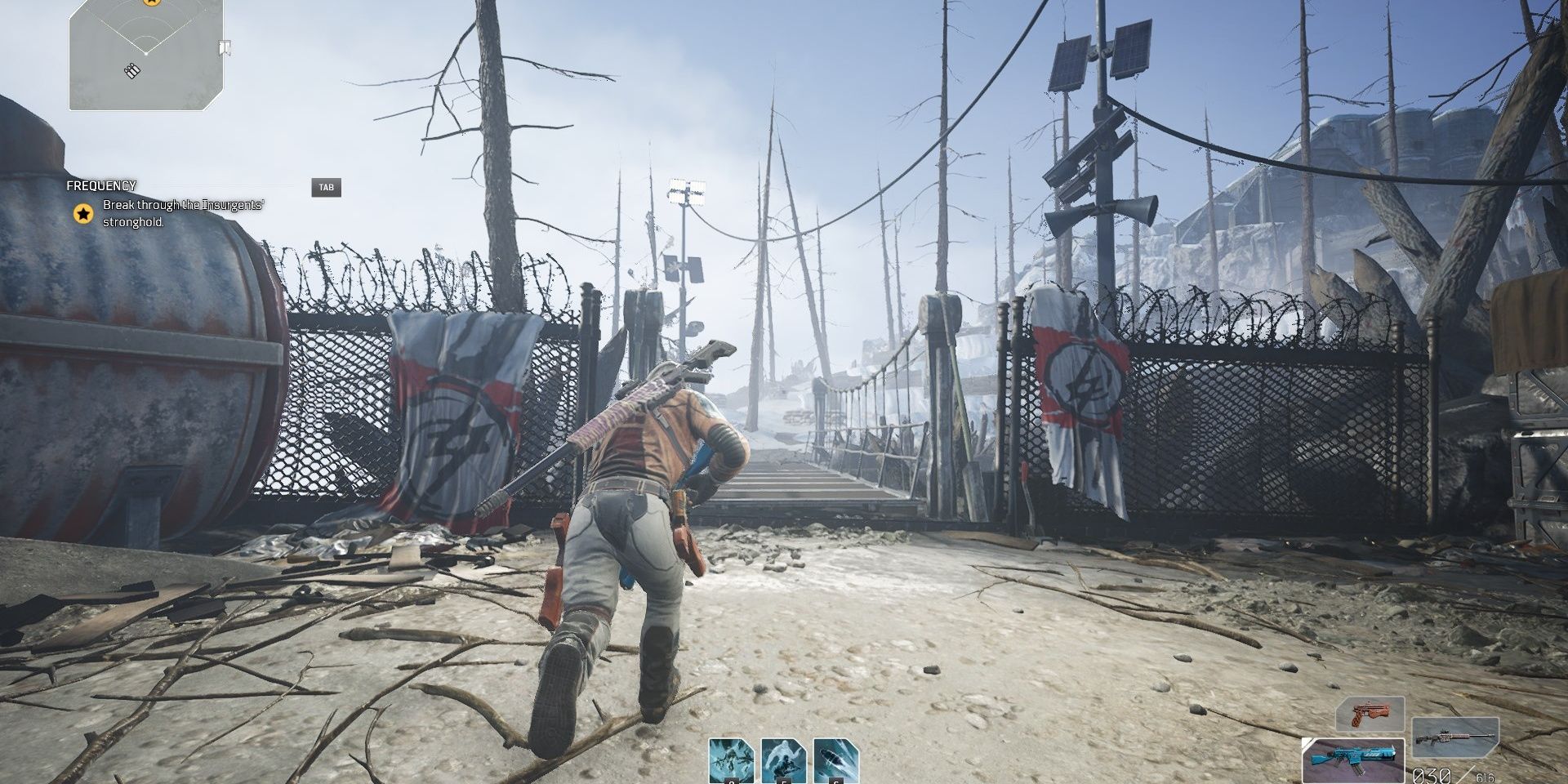 Cross the wooden bridge that leads towards a snowy bunker. Besides a handful of Rifleman, two Ironclads are present in this encounter. Ironclads are heavily armored, deal a lot of damage, and aren’t afraid to knock you to the ground if you stay too close. 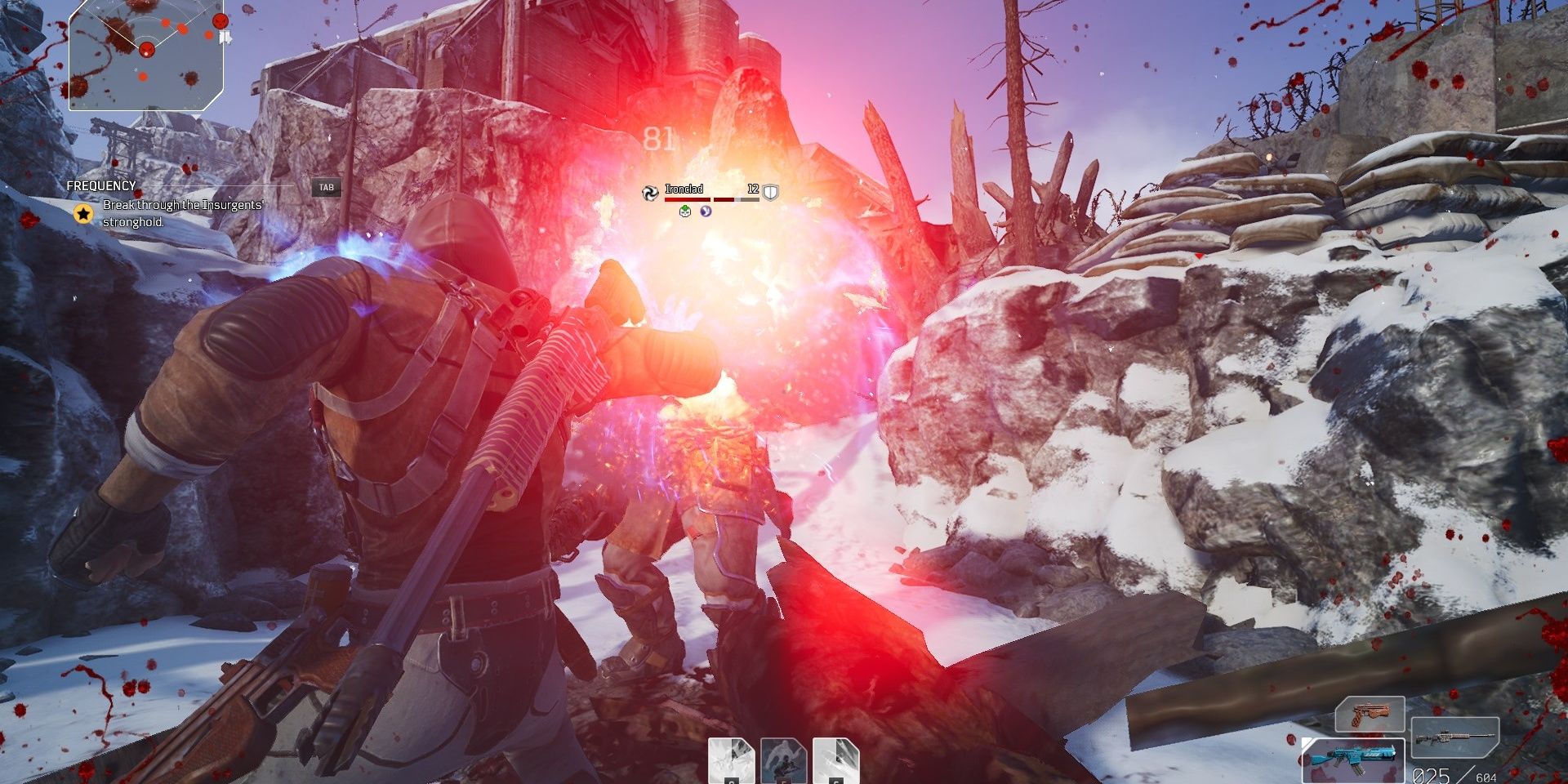 Use a melee attack to break their armor, then use your weapons and abilities to take them out quickly. Use the Rifleman as walking health packs for when your HP gets low. When you’ve dealt with the Insurgents, open the door in the bunker to push forward. 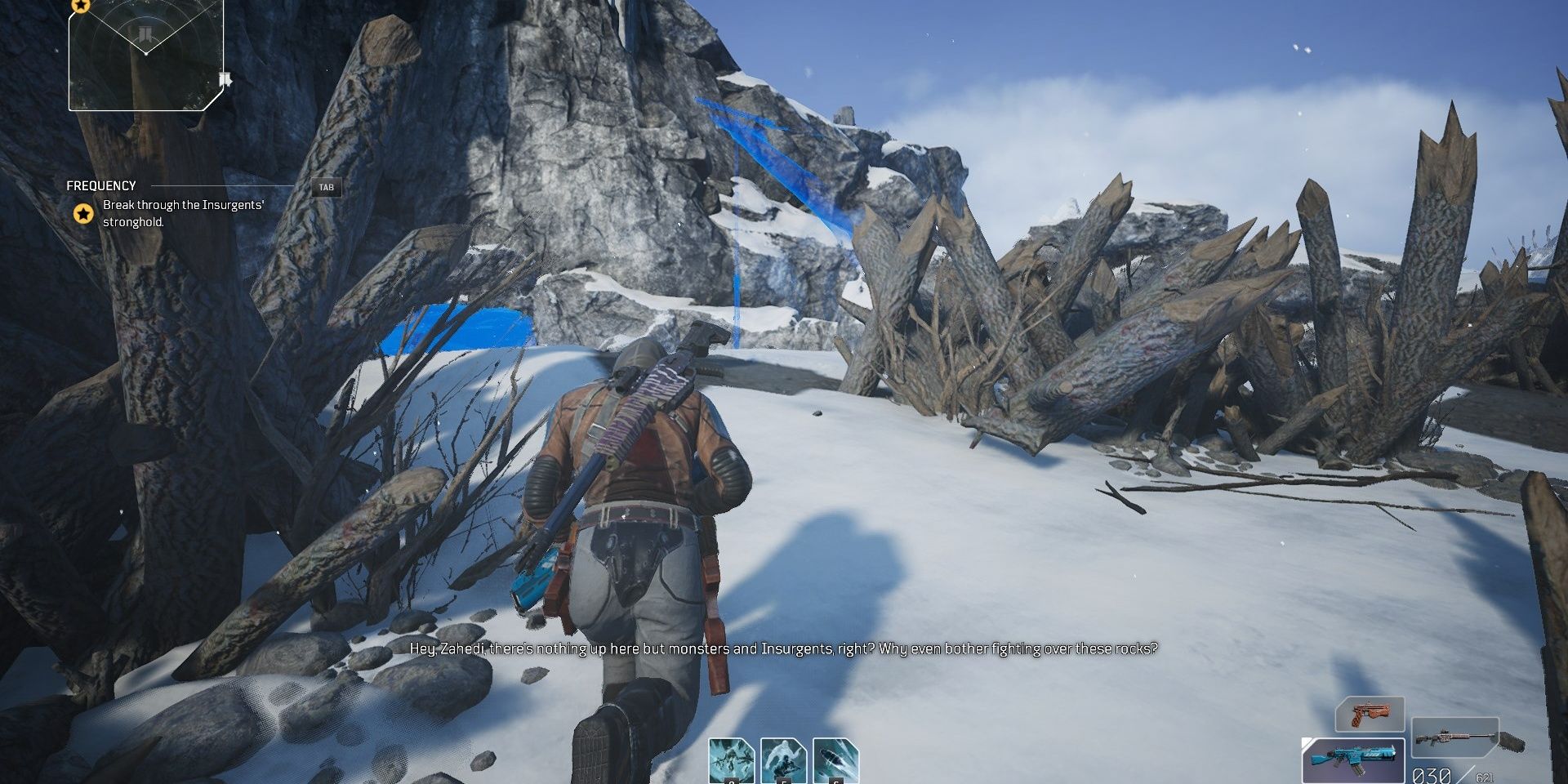 Directly ahead is a holographic flag. Place a flag down, then restock your ammo. Run up the stairs to your left to proceed. 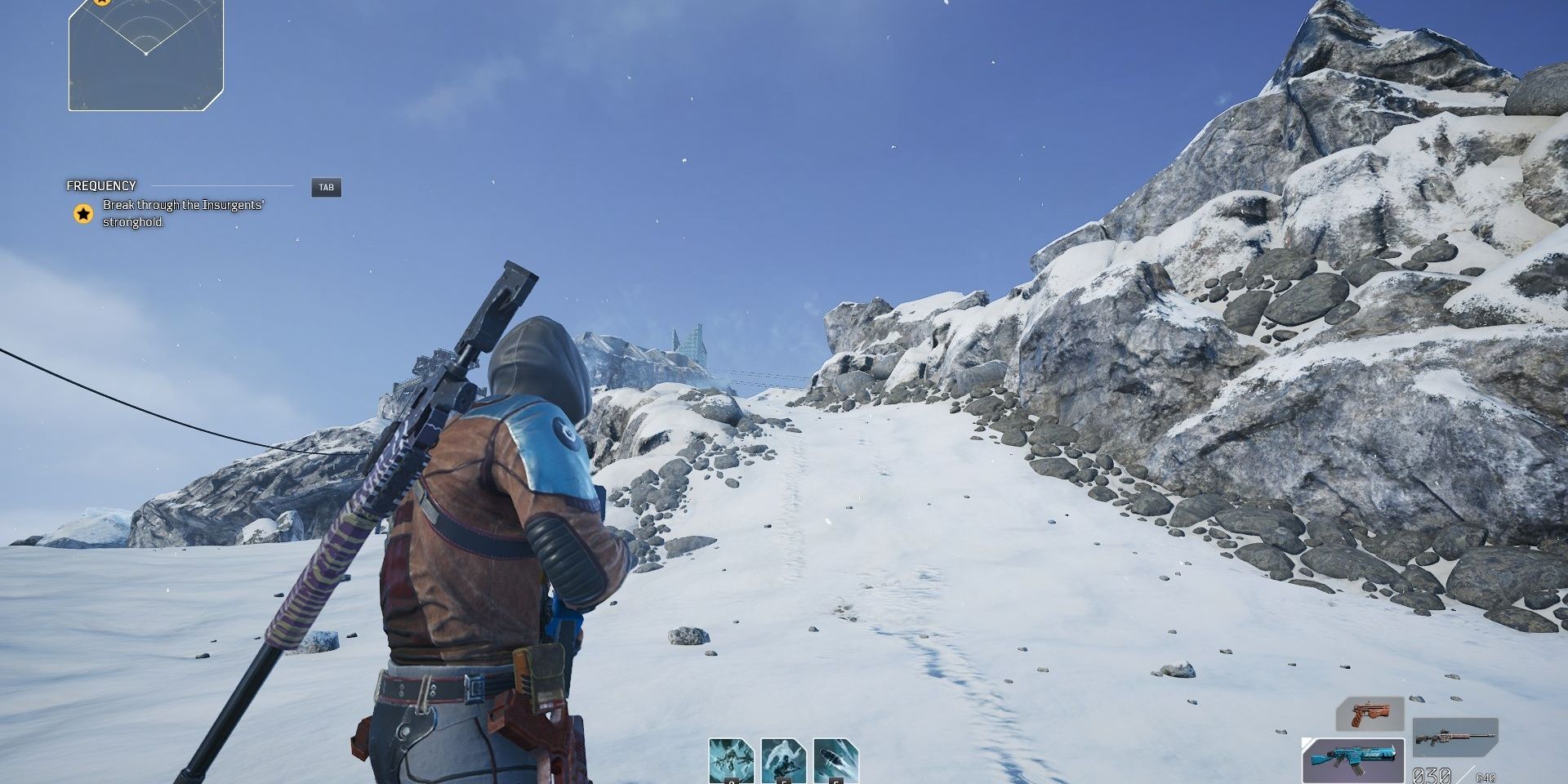 After you run up the stairs, head up the snow path on your right to find a hidden chest. 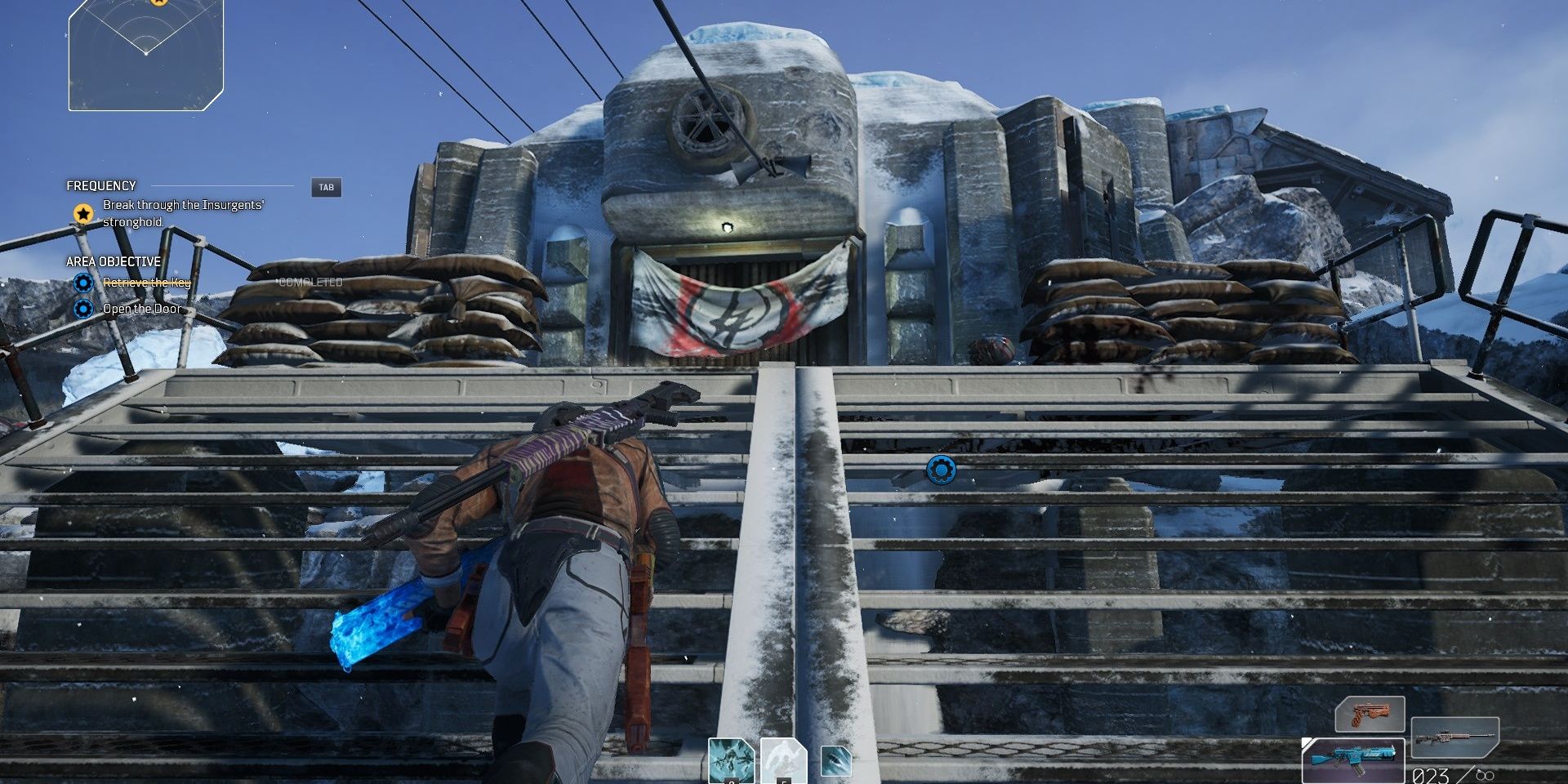 Up ahead is a small outpost filled with more Insurgent enemies. Try to push up the stairs towards the base to take out the Spotter and other Rifleman. The enemies here love to throw grenades, so don’t stick to cover for too long. Head into the building when you’ve killed everyone. 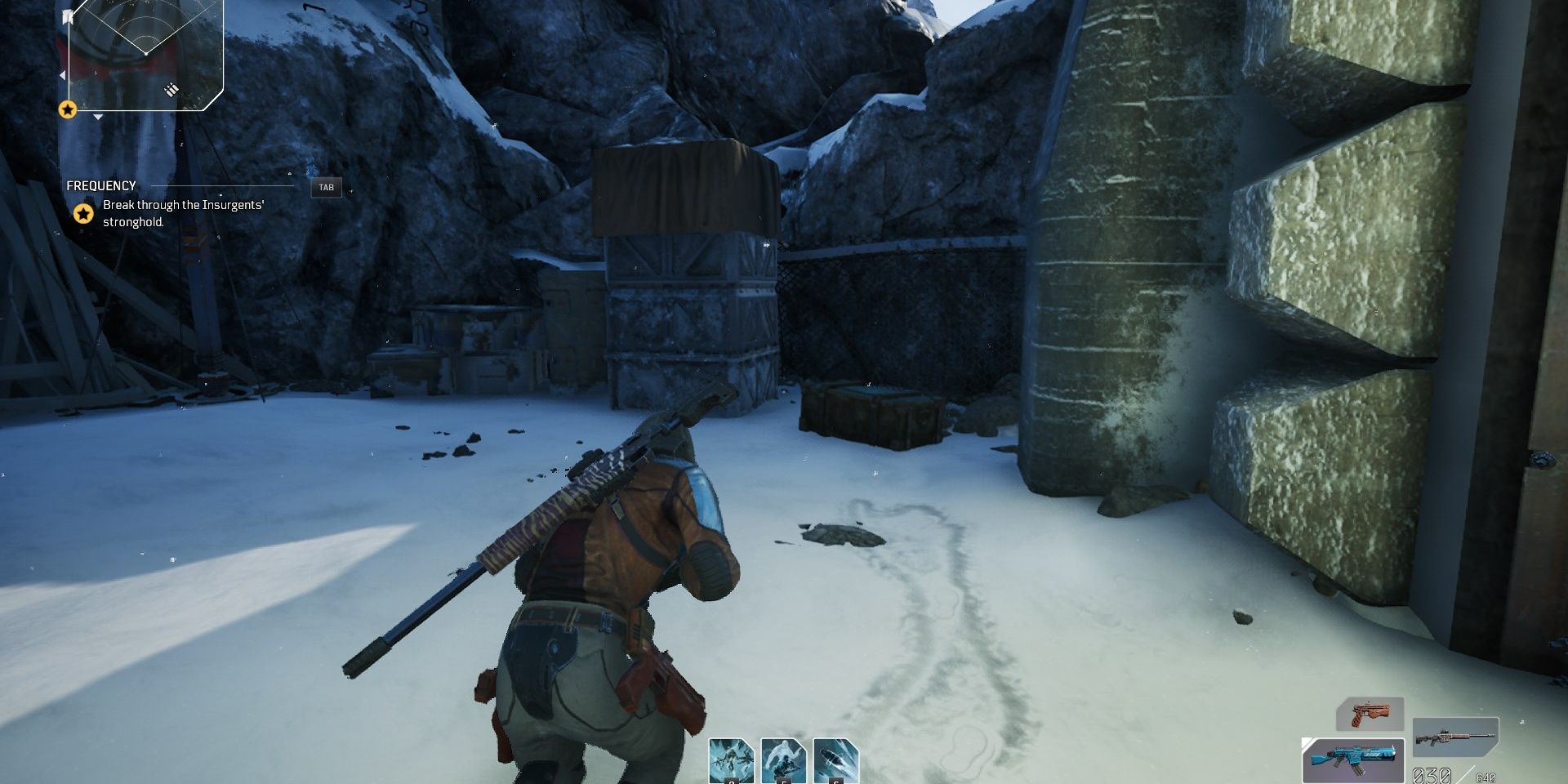 Once you’ve opened the door inside the building, look to your right to find a chest. Proceed down the path to your left to find another combat arena. 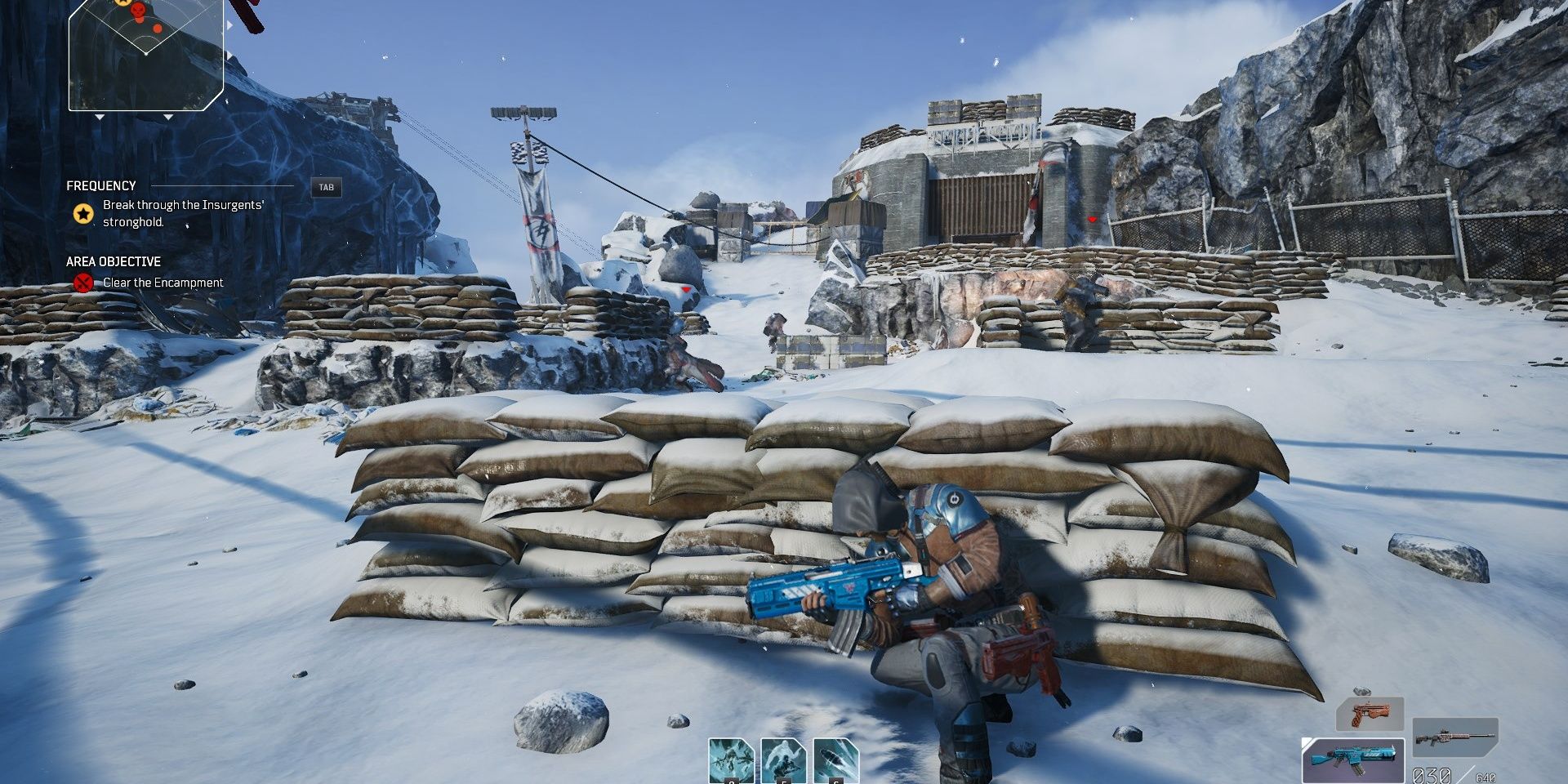 An Ironclad and two Breachers will immediately push you. Try to take out the Breachers first, then use a melee attack to remove the Ironclad’s armor. A few abilities or rounds to his head should take the Elite down. 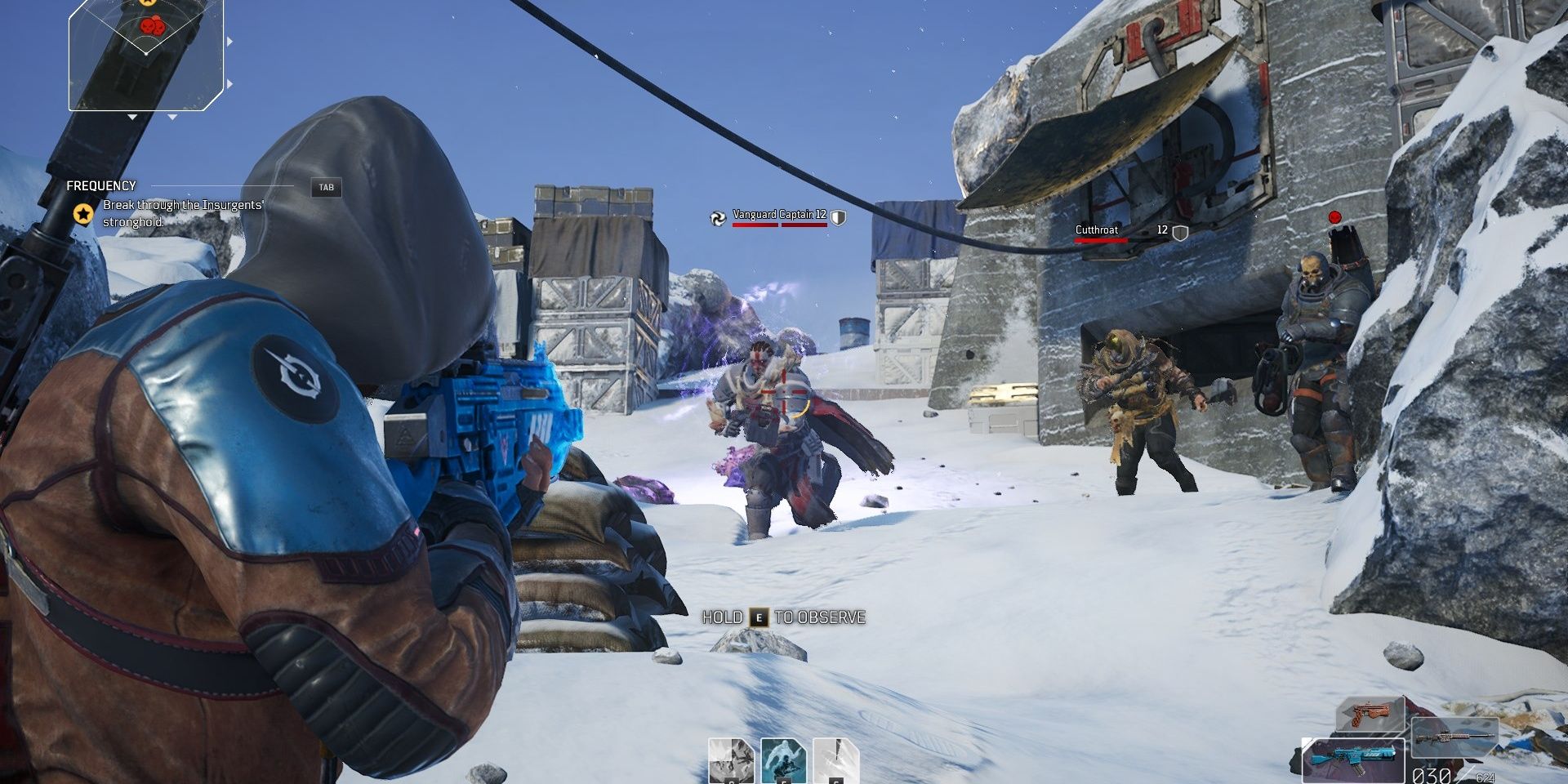 You’ll then be swarmed by Rifleman, a Cremator, and a Vanguard Captain. This Captain will summon black holes periodically that will teleport you to a random part of the arena. Try to stay away from these portals when possible, taking the Captain on from medium range. The Cremator should be dealt with first. A few rounds in its flame canister should take him out. 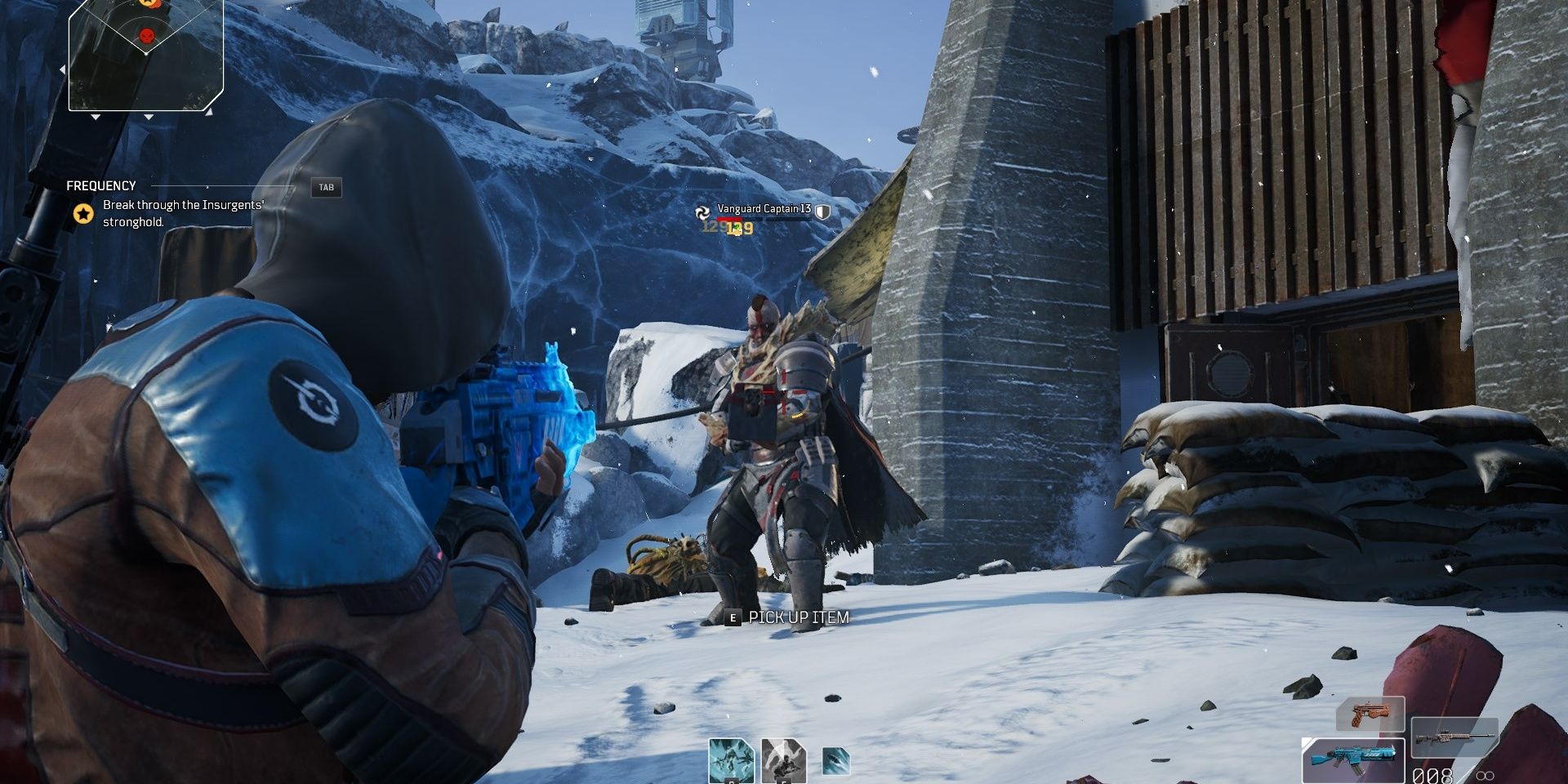 For the Vanguard Captain, focus on landing headshots whenever possible. Abilities can annihilate his health bar, but be careful about applying status effects. Applying too many status effects in a short timeframe will make him immune to all status effects for a few seconds.

Try to fight him at medium range, only closing the gap to interrupt an ability or land an ability. Defeat all of the enemies to unlock the gate at the end of the path. 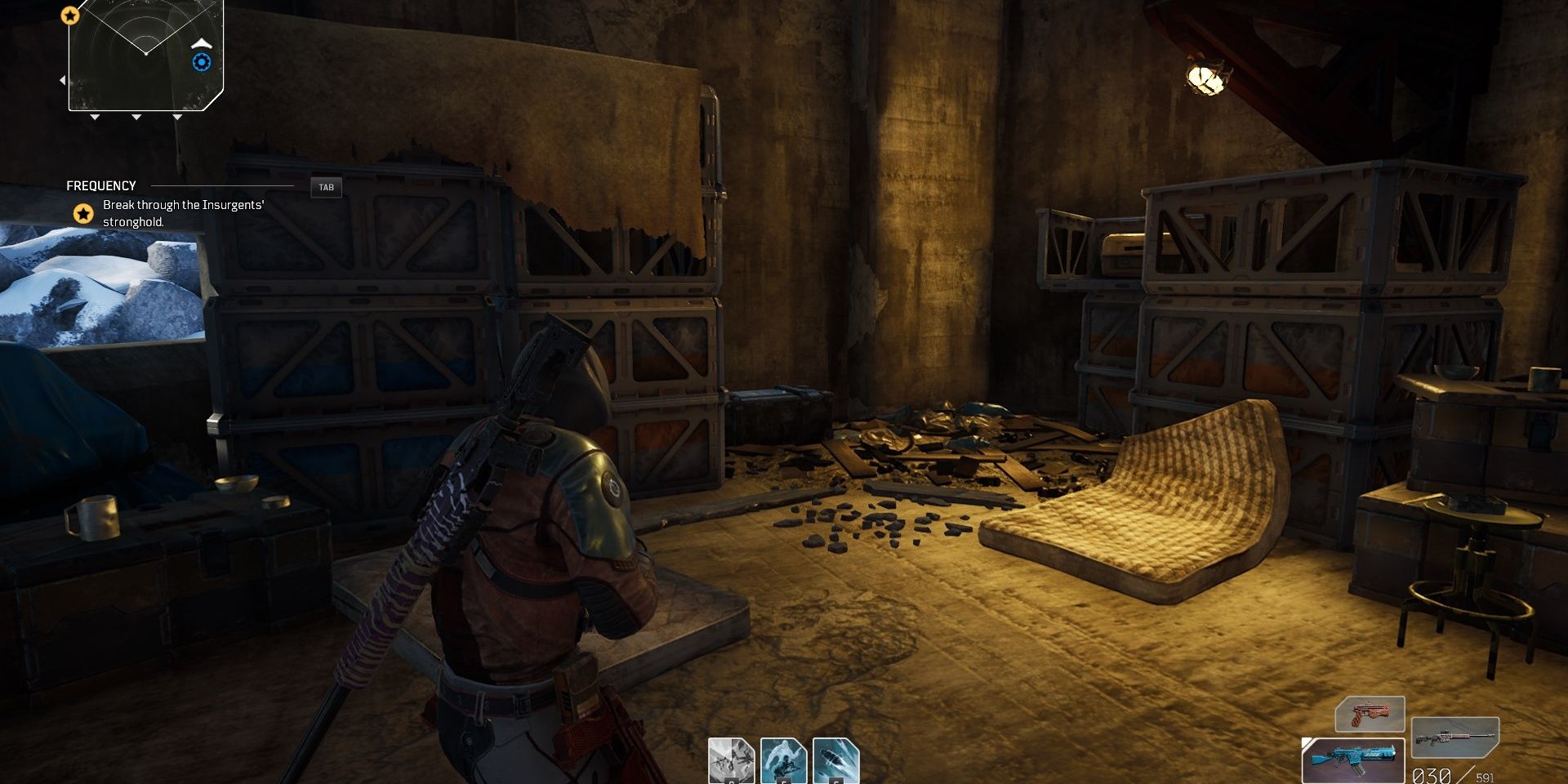 Head into the bunker on the right part of the arena, where the Cremator spawns from. A chest can be found on the left wall. 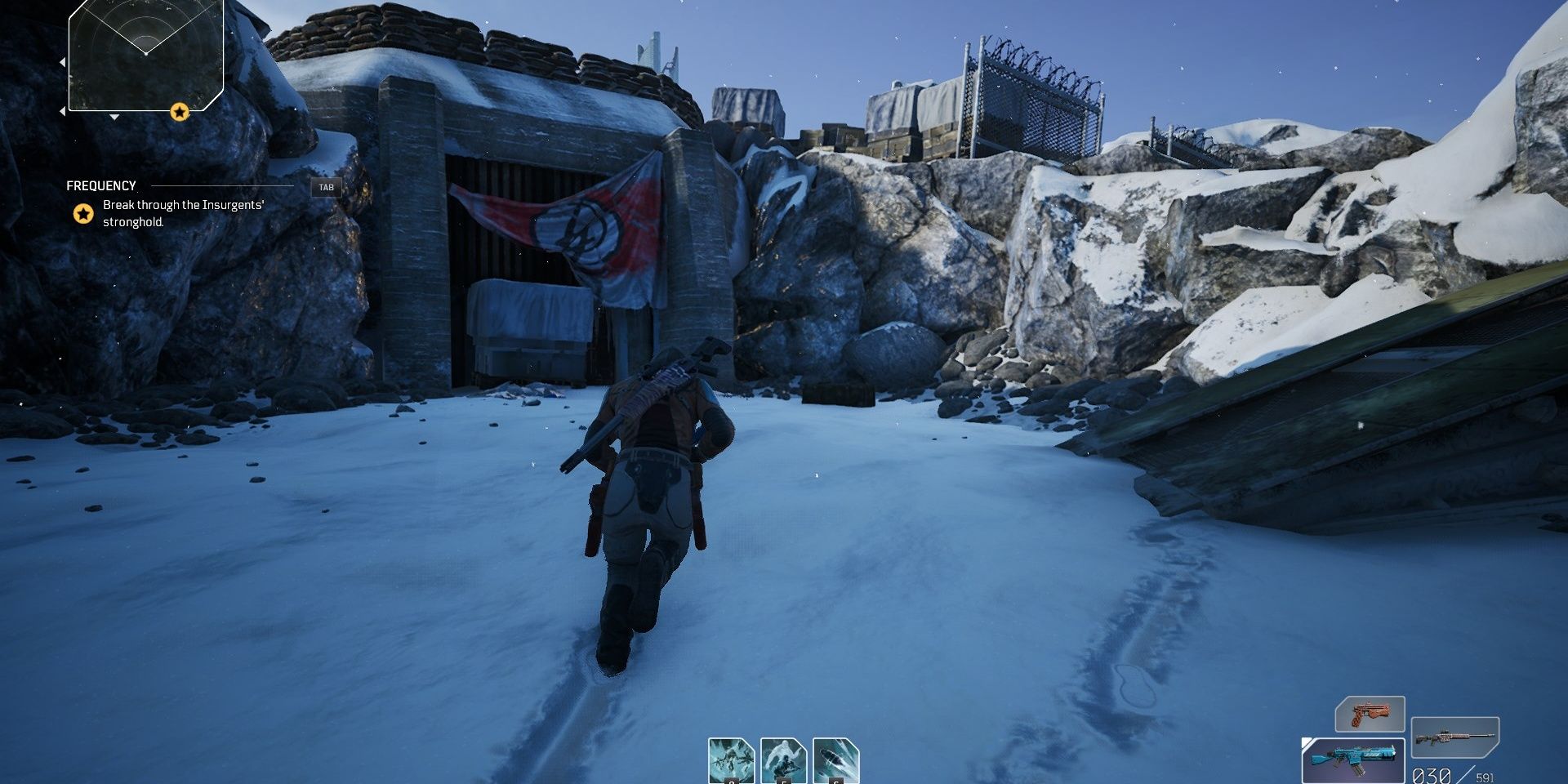 When you open the gate that leads outside the arena, follow the path right to find a chest. 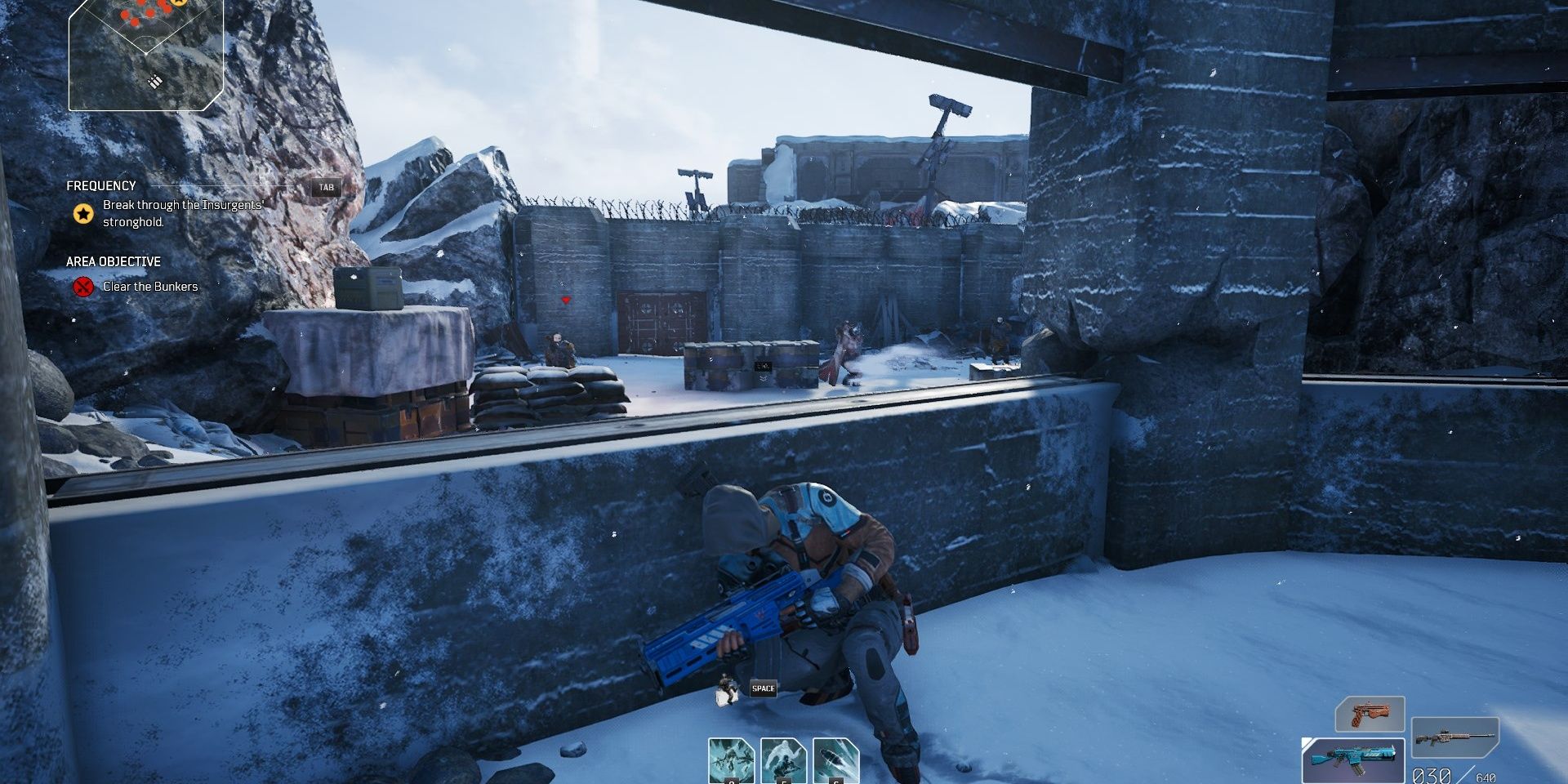 At the end of the main path will be a bunker with a switch inside. Reload your weapons, equip your best gear, then pull the switch when you’re ready. This will open the windows in the bunker, revealing a small group of Insurgents. Take them out. 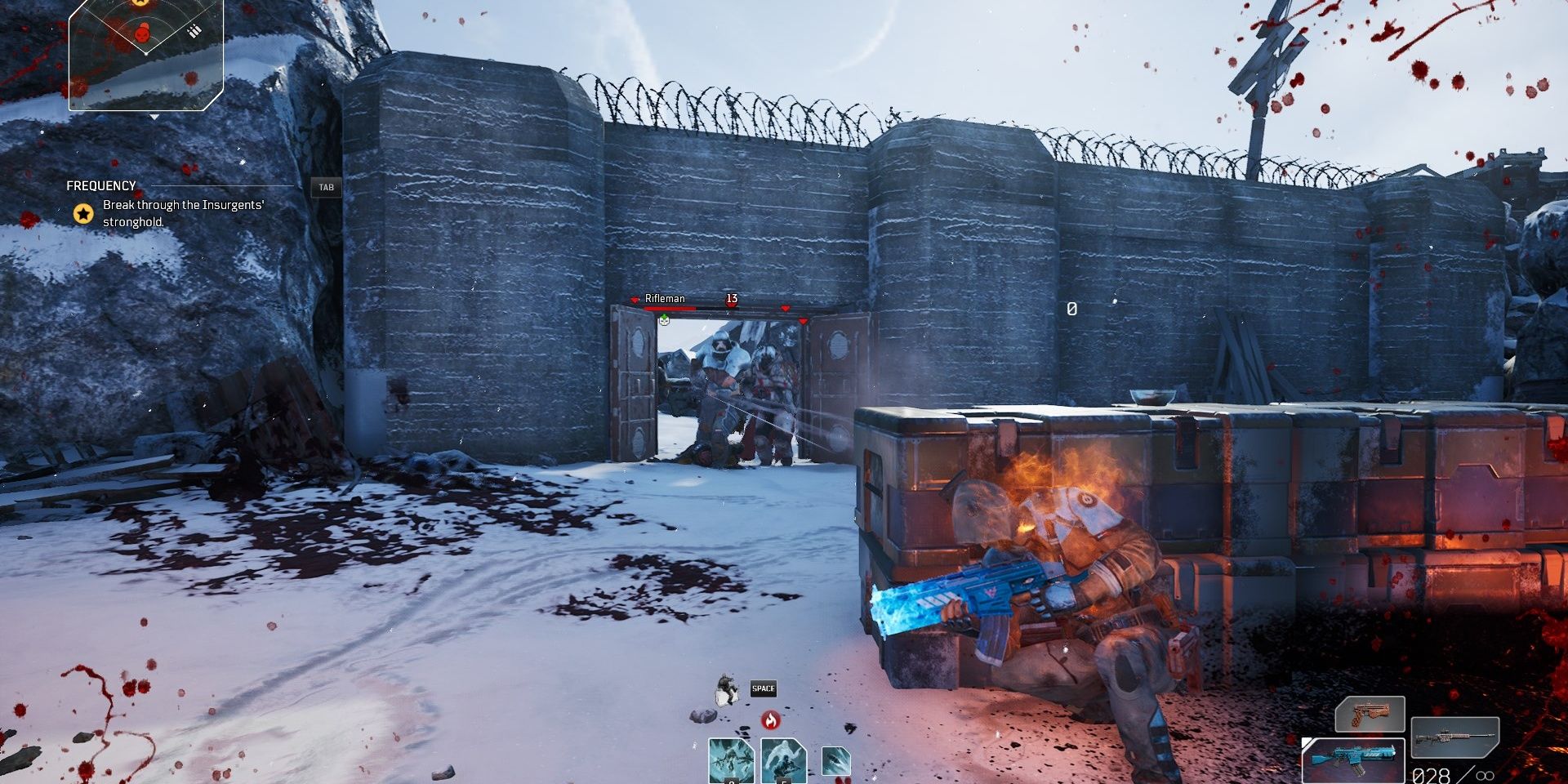 When you’ve killed the Insurgents, a group of Breachers and an Ironclad will barge through a door. Now is a great time to use any AoE abilities to damage them. Once again, a melee attack is great for removing the armor from these enemies. 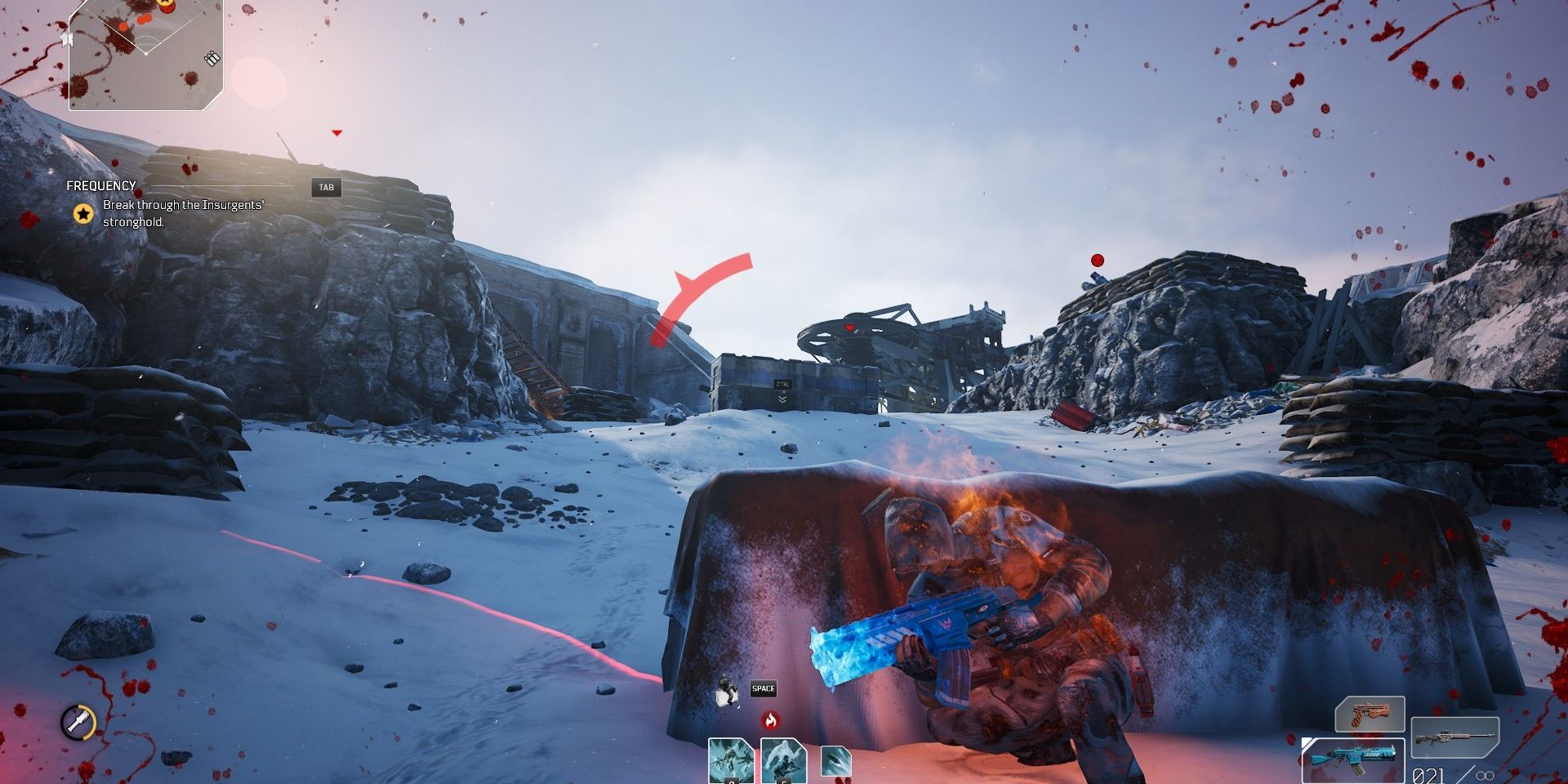 Past the doorway is a Cremator, Marksman, and plenty of Rifleman. The Cremator will fire mortar projectiles if you stay near cover, so push his location first. Shoot at the Cremator’s canister to blow him up.

Eliminate the rest of the enemies, then grab the three chests in the arena before riding the cable car up the mountain. 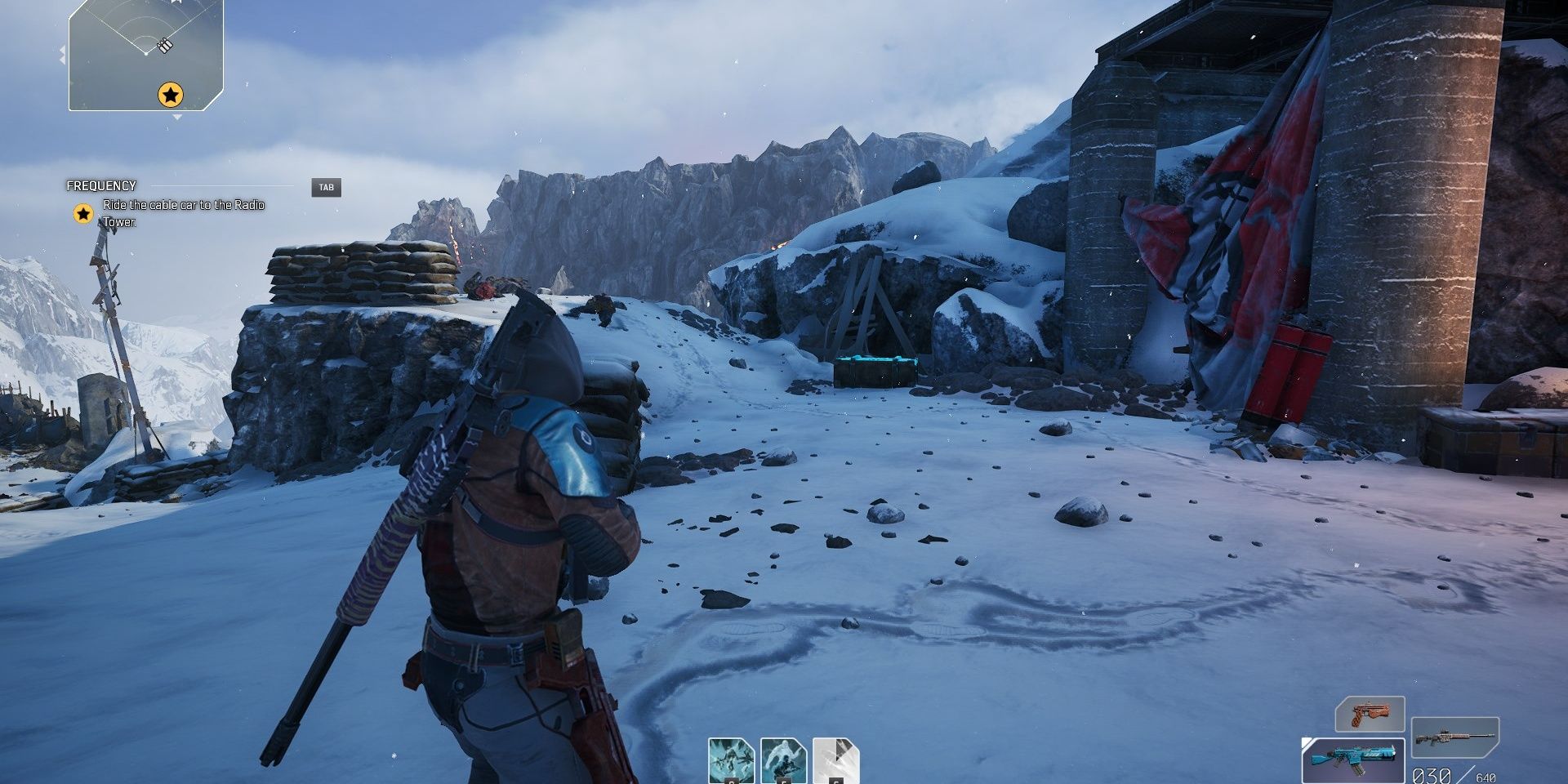 To the left of the cable car, beside the Marksman you just killed. 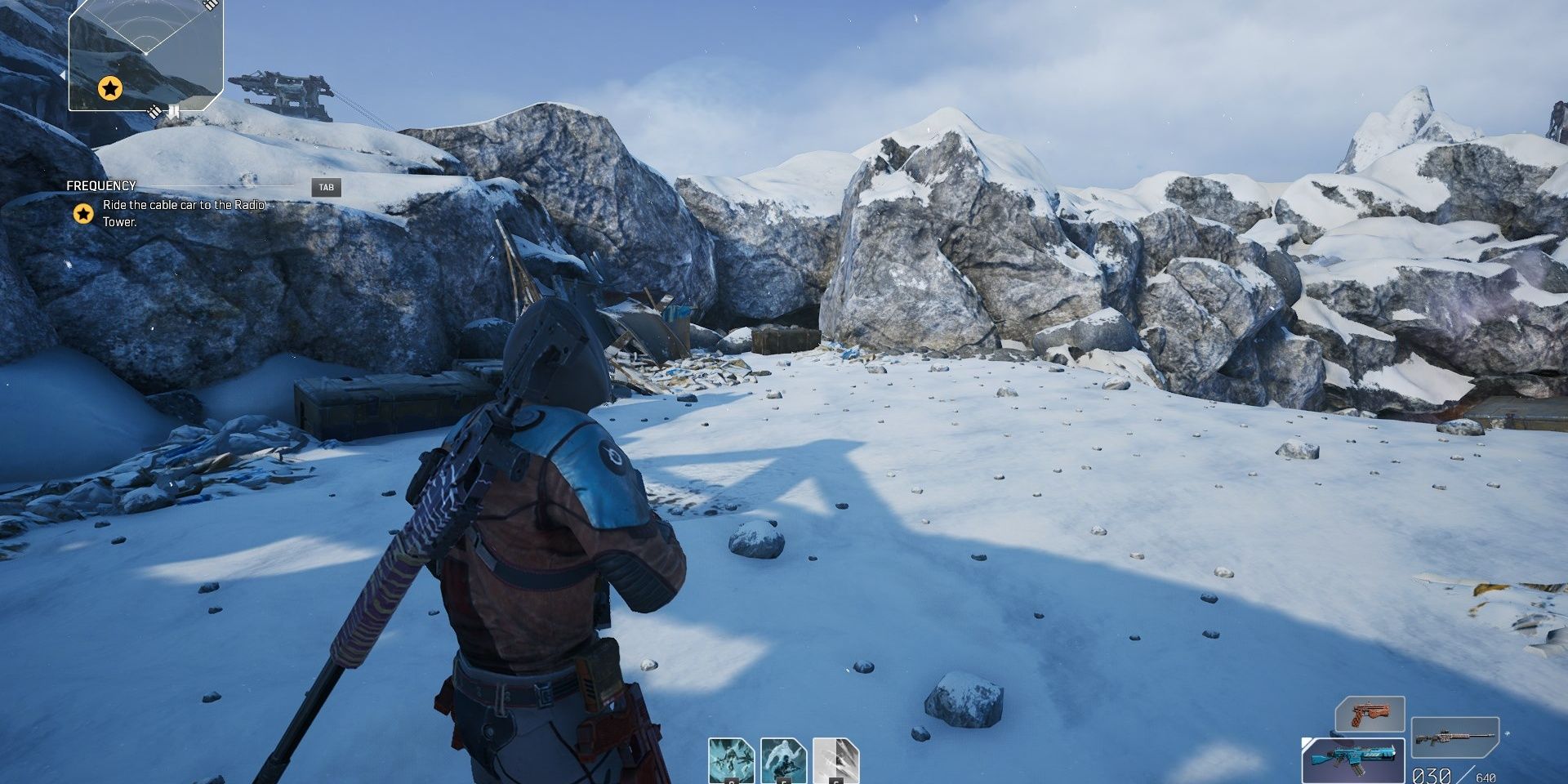 To the right of the cable car, next to the Cremator’s spawn location. 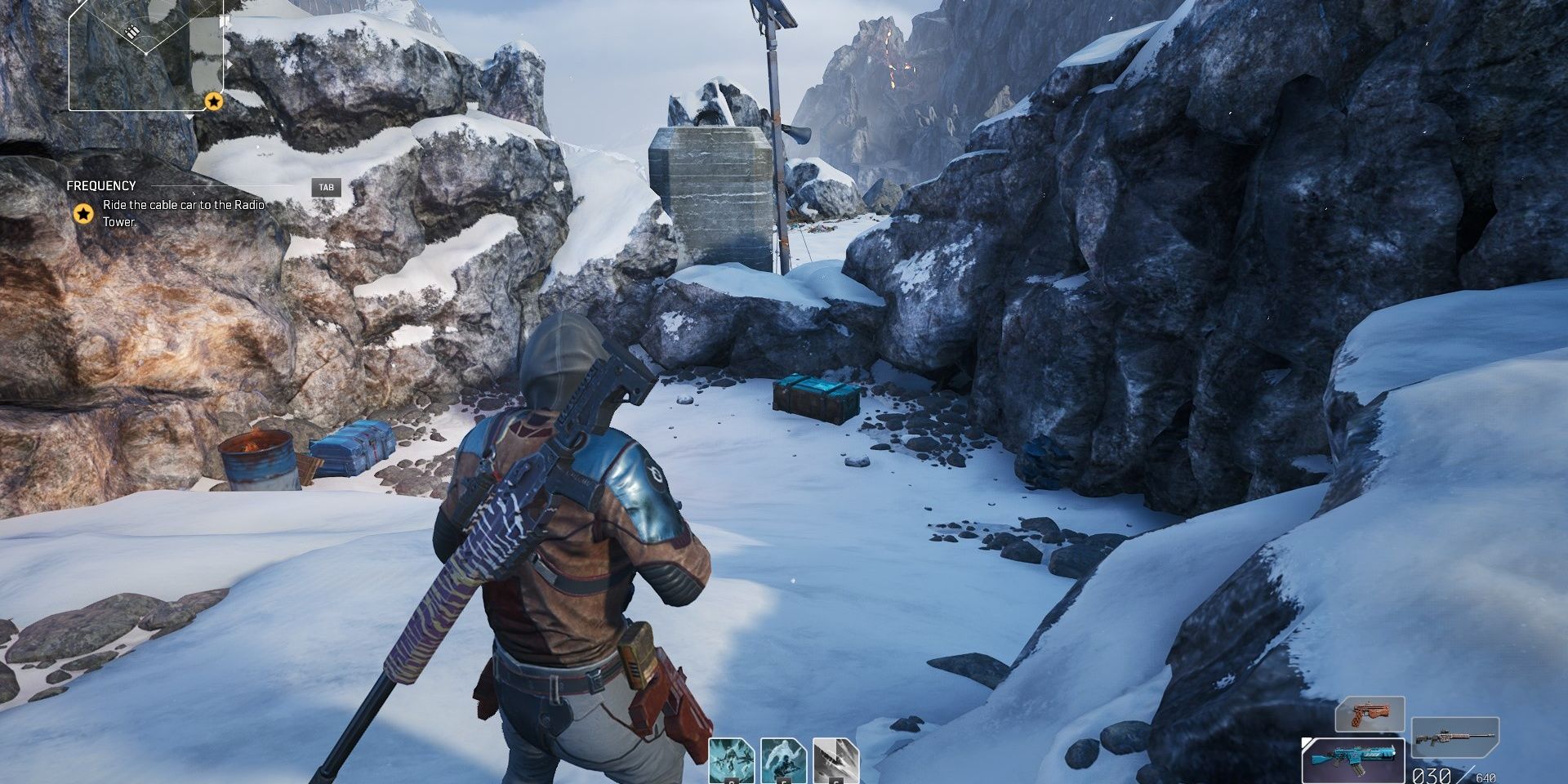 Found to the right of chest #2. 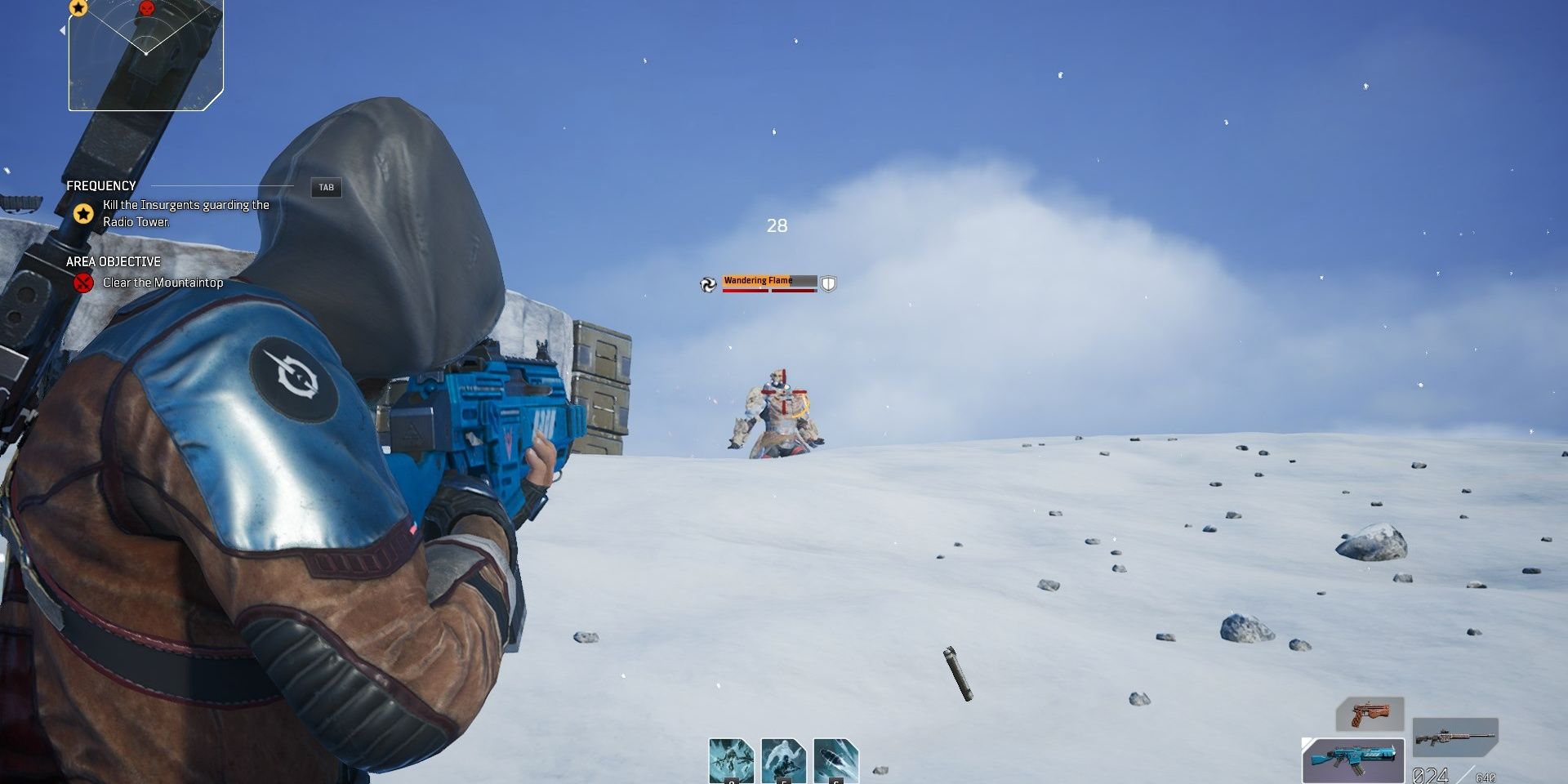 Make your way up to the radio tower at the end of the path. When you get close to the tower, a Juggernaut Captain and two Breachers will spawn. The Juggernaut uses fire attacks instead of ice, making him not as large of a threat as the First City encounter. 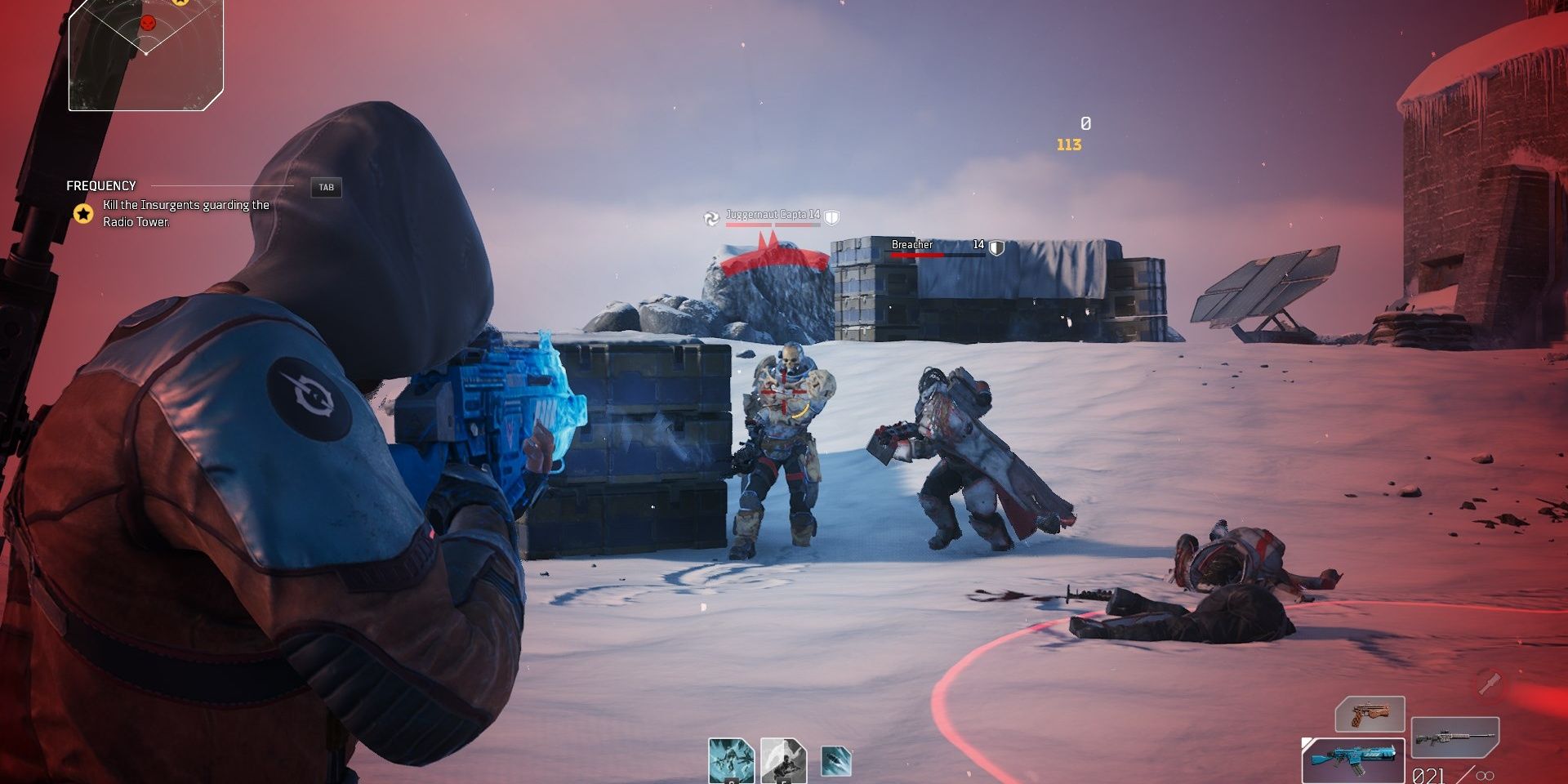 Try to stay near cover or behind the Juggernaut while fighting it, as it outputs an absurd amount of damage. Juggernauts are weak to Anomaly damage, so abilities work wonders here. If your health gets low, use your healing mechanic on the Breachers. 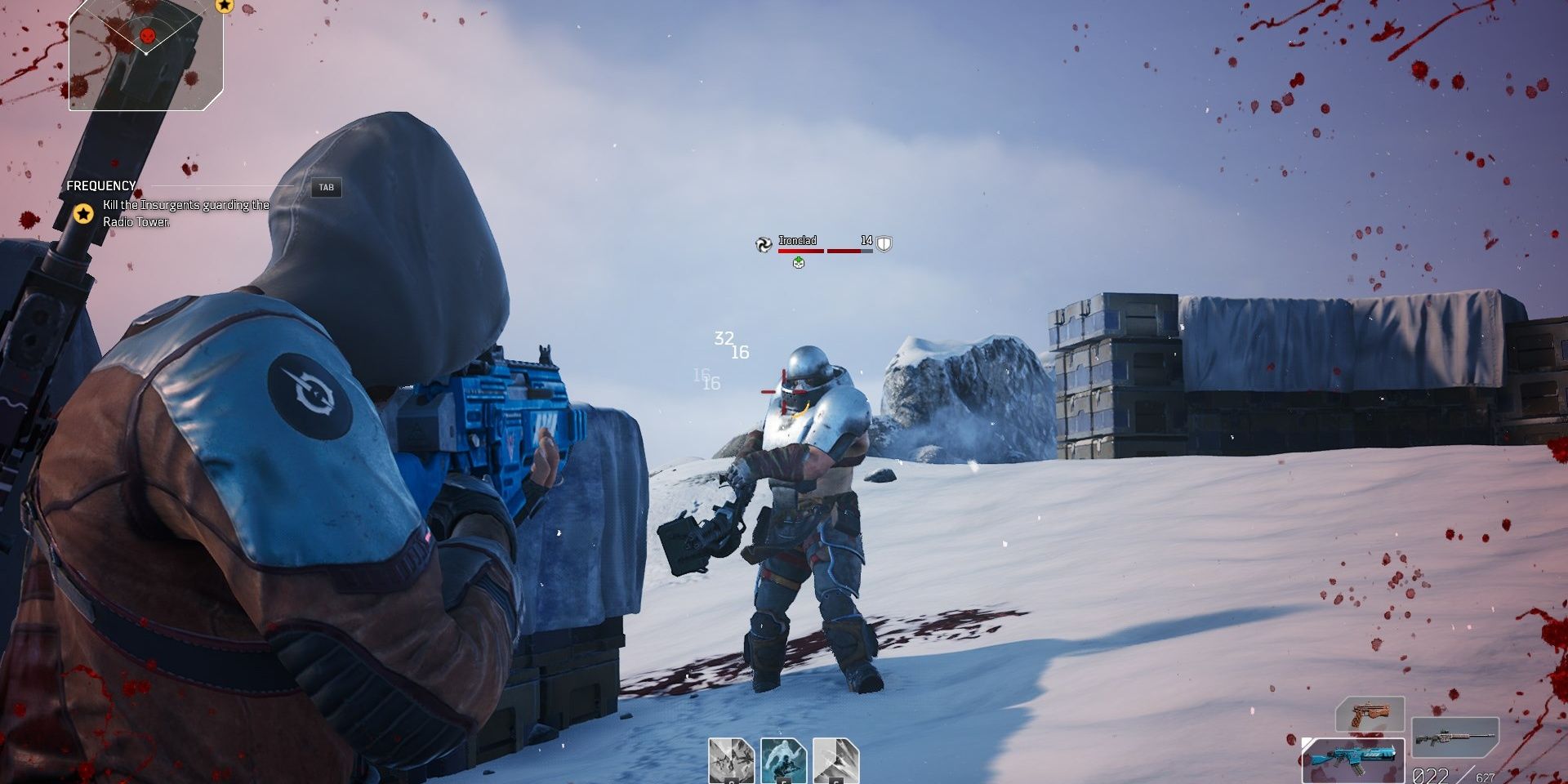 Killing the Juggernaut will spawn an Ironclad. This enemy is much easier to kill. Throw a quick melee to break its armor, then gun him down. 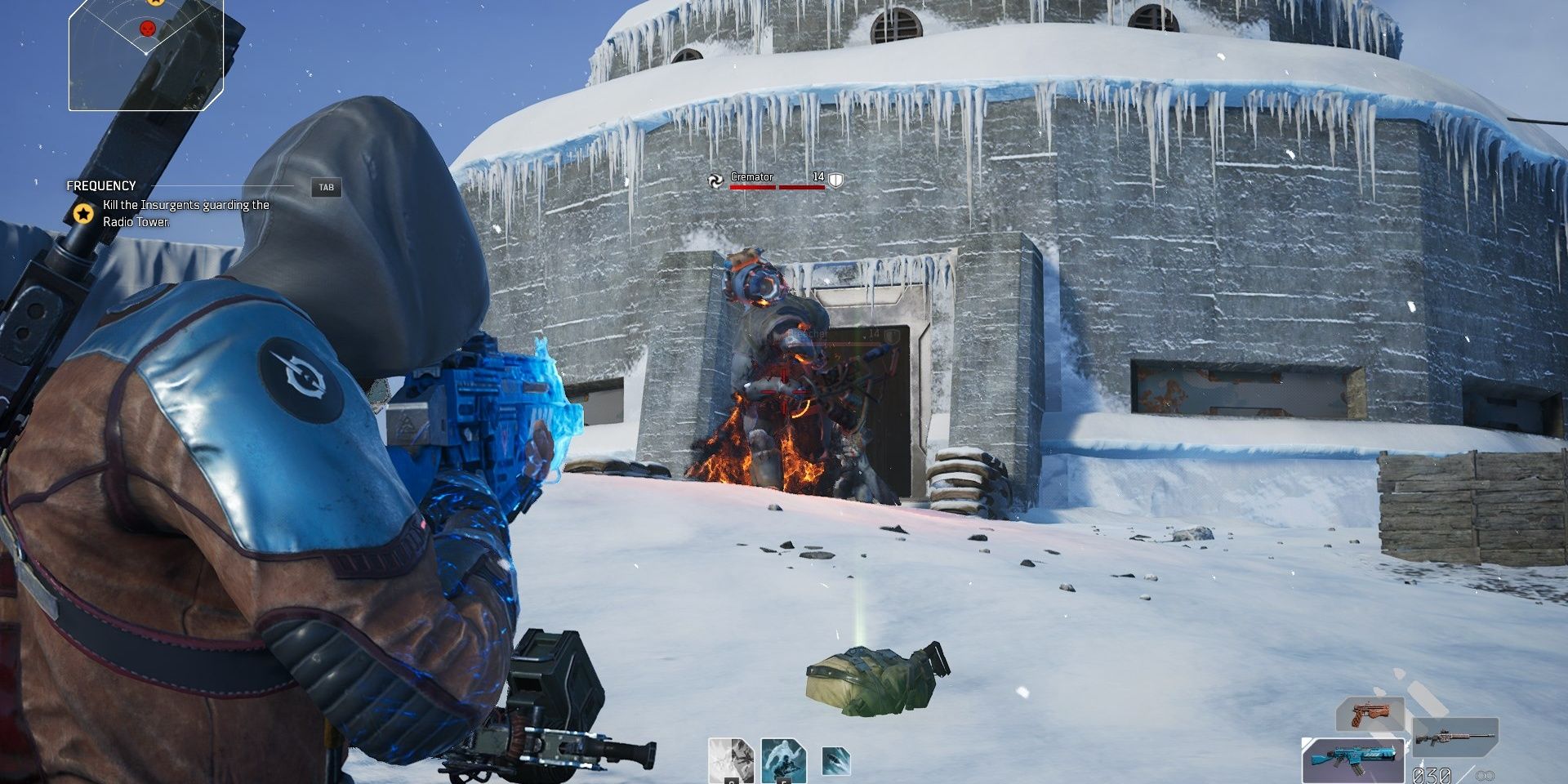 A Cremator and Breachers will rush outside the radio tower when the Ironclad dies. Immediately dodge! The Cremator will come out rushing towards you. When it’s down sprinting, fire at its canister to instantly kill him. Finish off the Breachers, then unlock the door inside the radio tower. 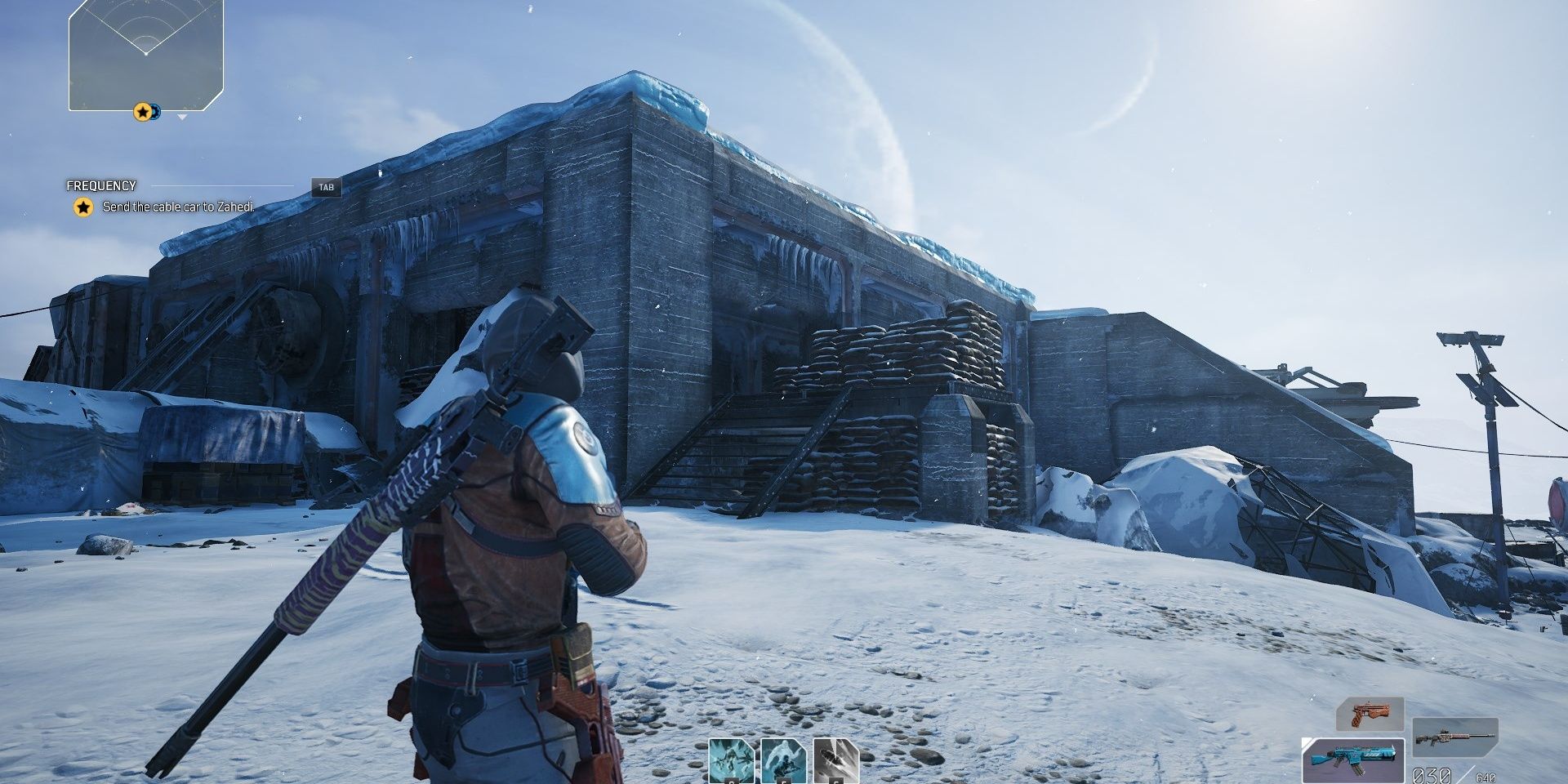 From the radio tower entrance, turn around and run forward. They’ll be a staircase that leads into a bunker. Head inside to find a hidden chest. 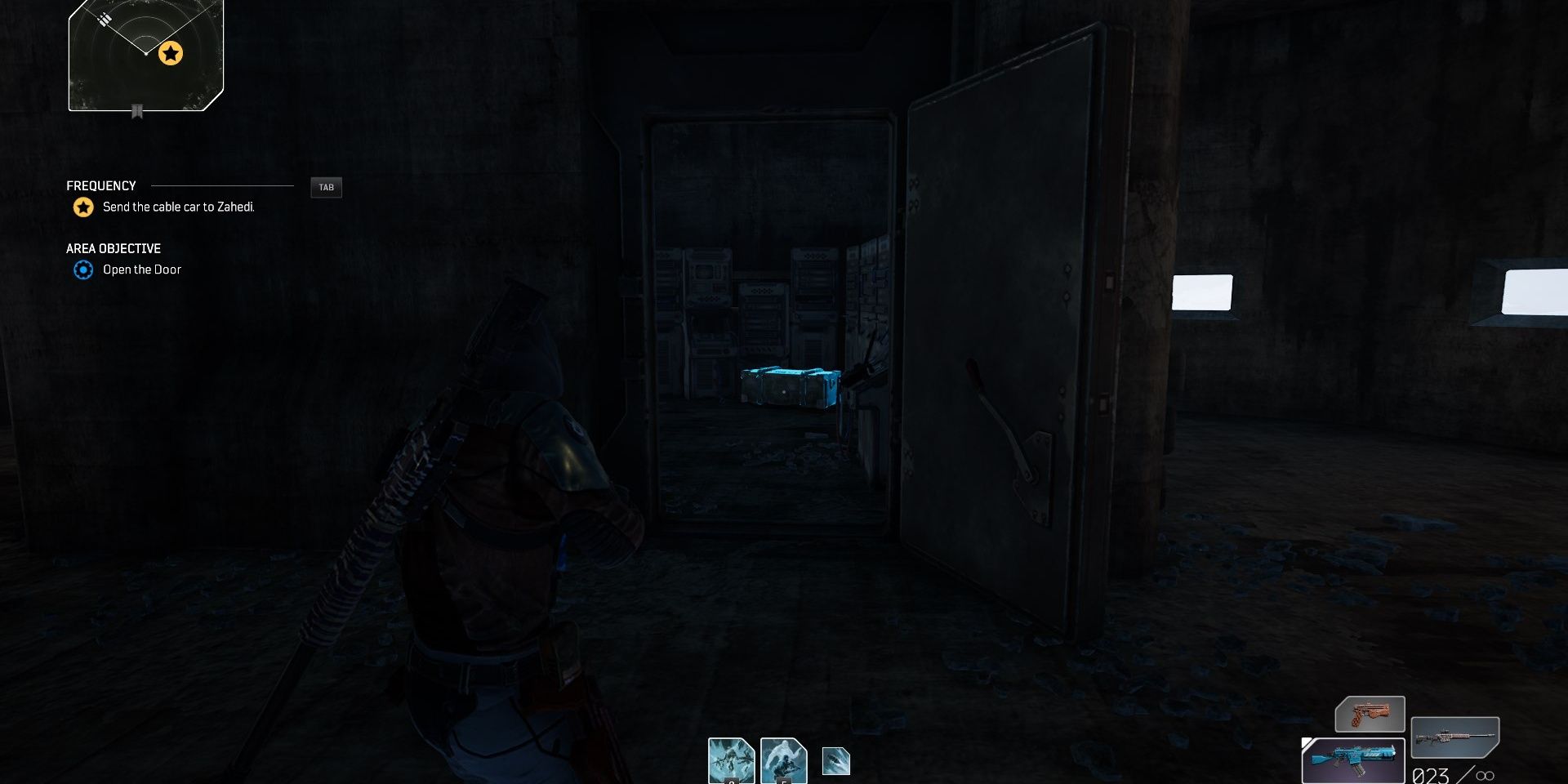 Halfway in the radio tower is a room to your left. Head inside to find a chest. 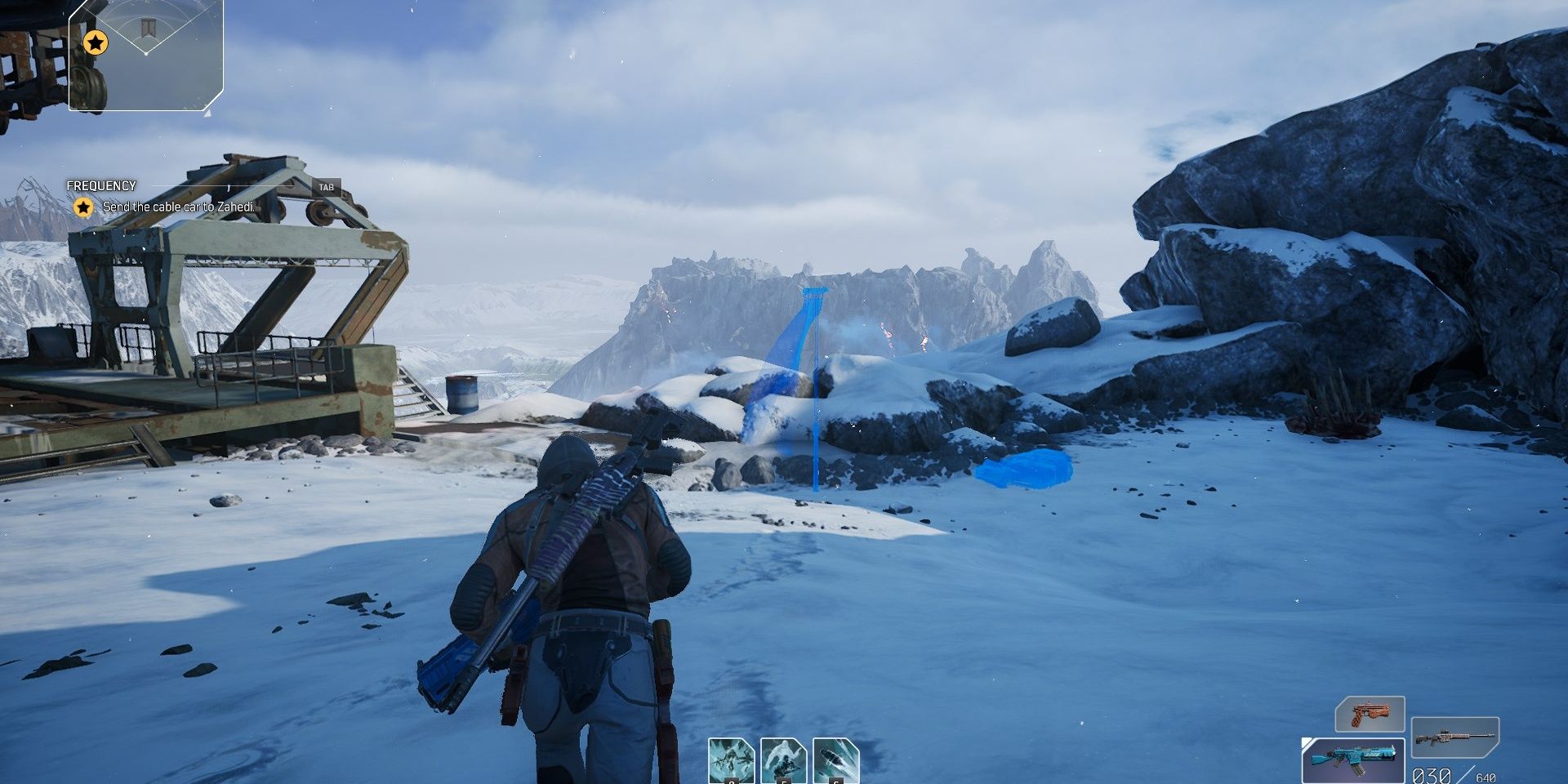 Place a flag down at the hologram location, restock your ammo, then send the cable car down for Dr. Zahedi. At this rate, you can head back to town. Speak with Jakub to travel to Deadrock Pass, completing the Frequency quest.