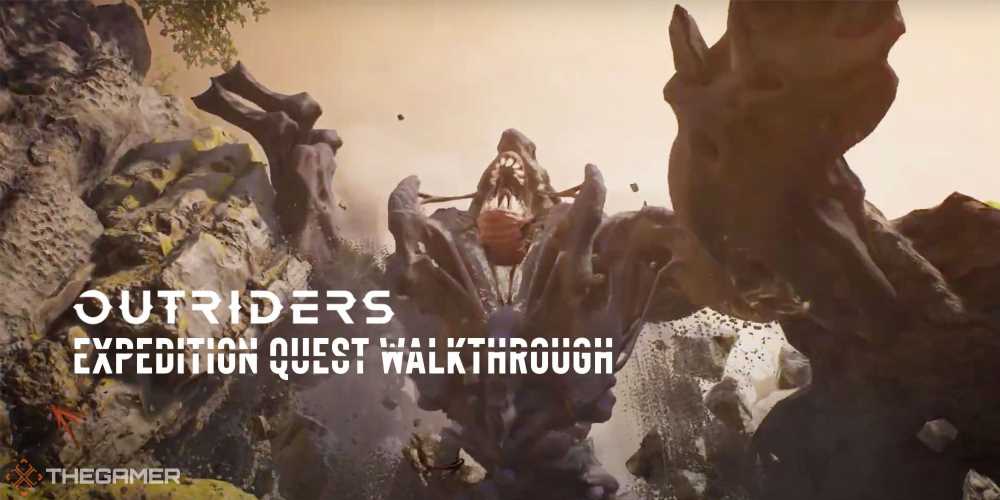 If you thought Detour was short, Outriders’ Mayhem quest is arguably shorter. There is one main objective here: kill the Chrysaloid. This behemoth of a boss has thrown your truck into a dangerous detour.

As a boss fight, this enemy is fairly easy. So long as you know how to enter cover and dodge, this fight should be the least of your worries. Make sure you bring a medium to long-range weapon before starting this quest, as close-range weapons are useless here. Upgrading your gear before this point is also advised due to the Chrysaloid’s massive health bar and Strix waves during the second phase. 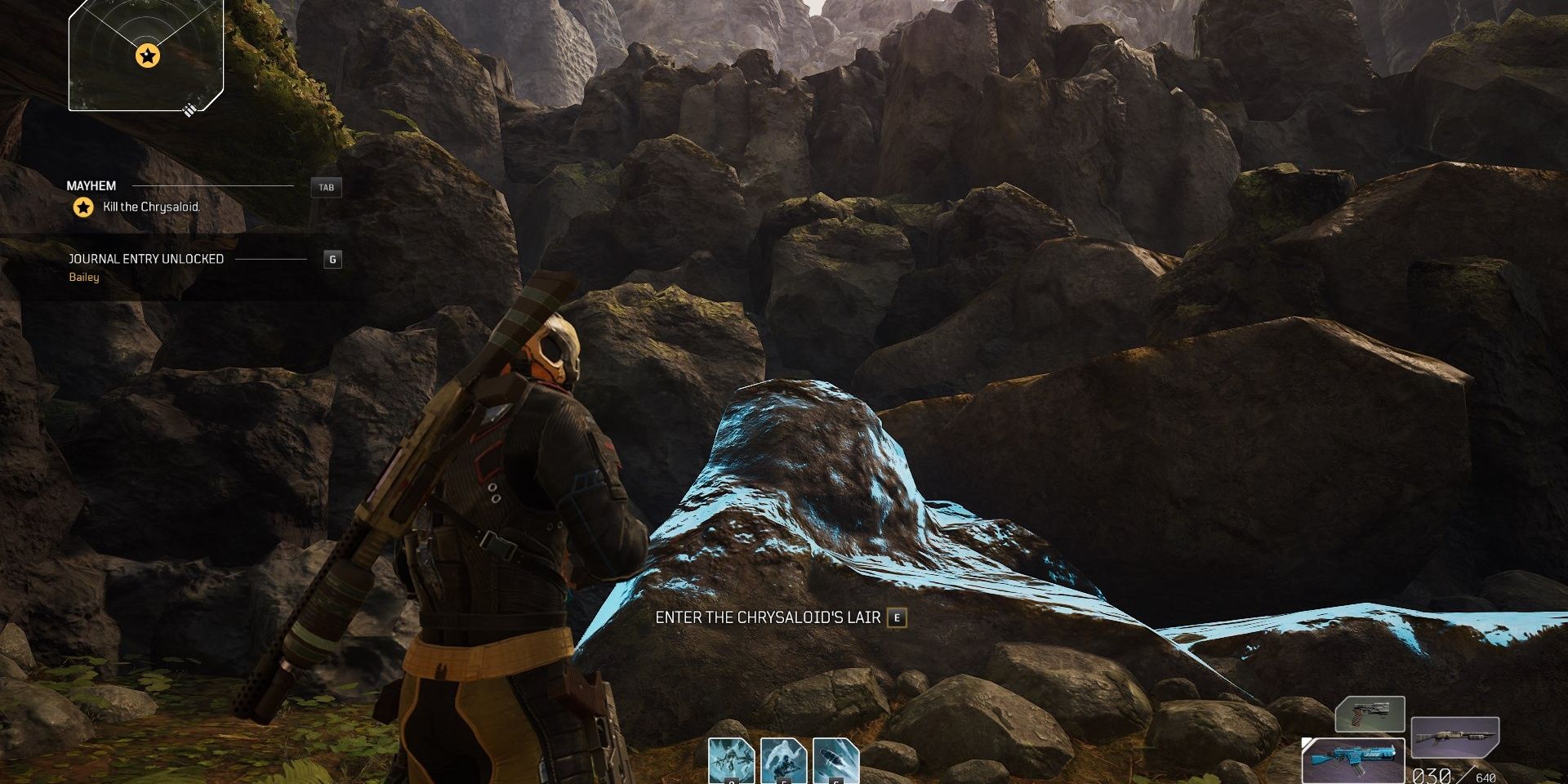 Before you take out the beast that took your truck out of commission, you’ll have an opportunity to restock on ammo and prepare. Equip mid to long-range weapons! This boss never gets close to you, so shotguns are wasted space. Allocate your passives, equip better gear, and enter the Chrysoloid’s lair when you’re ready. 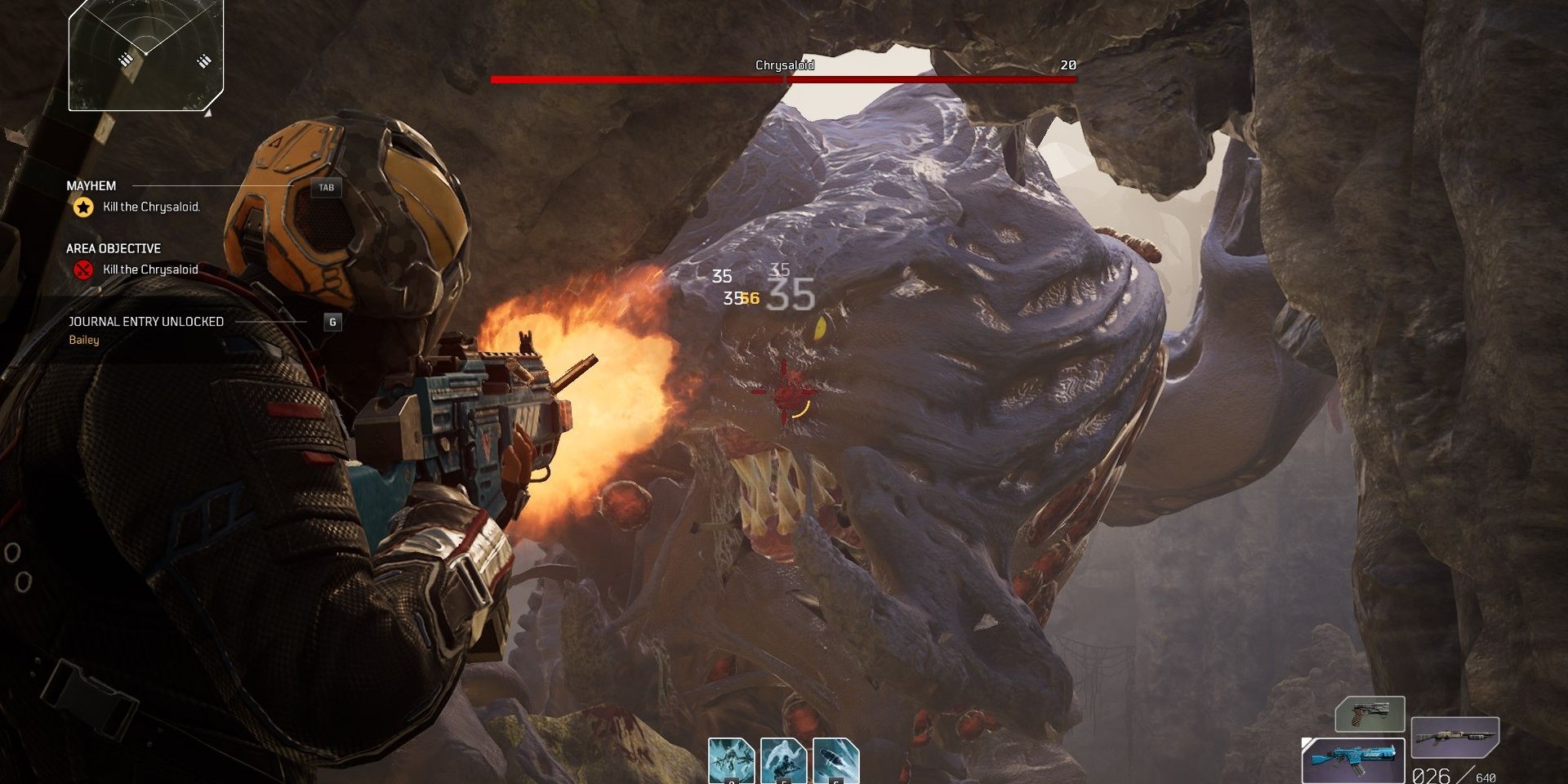 The Chrysaloid is comprised of two stages, both of which use similar mechanics. You only need to worry about two attacks during this part: 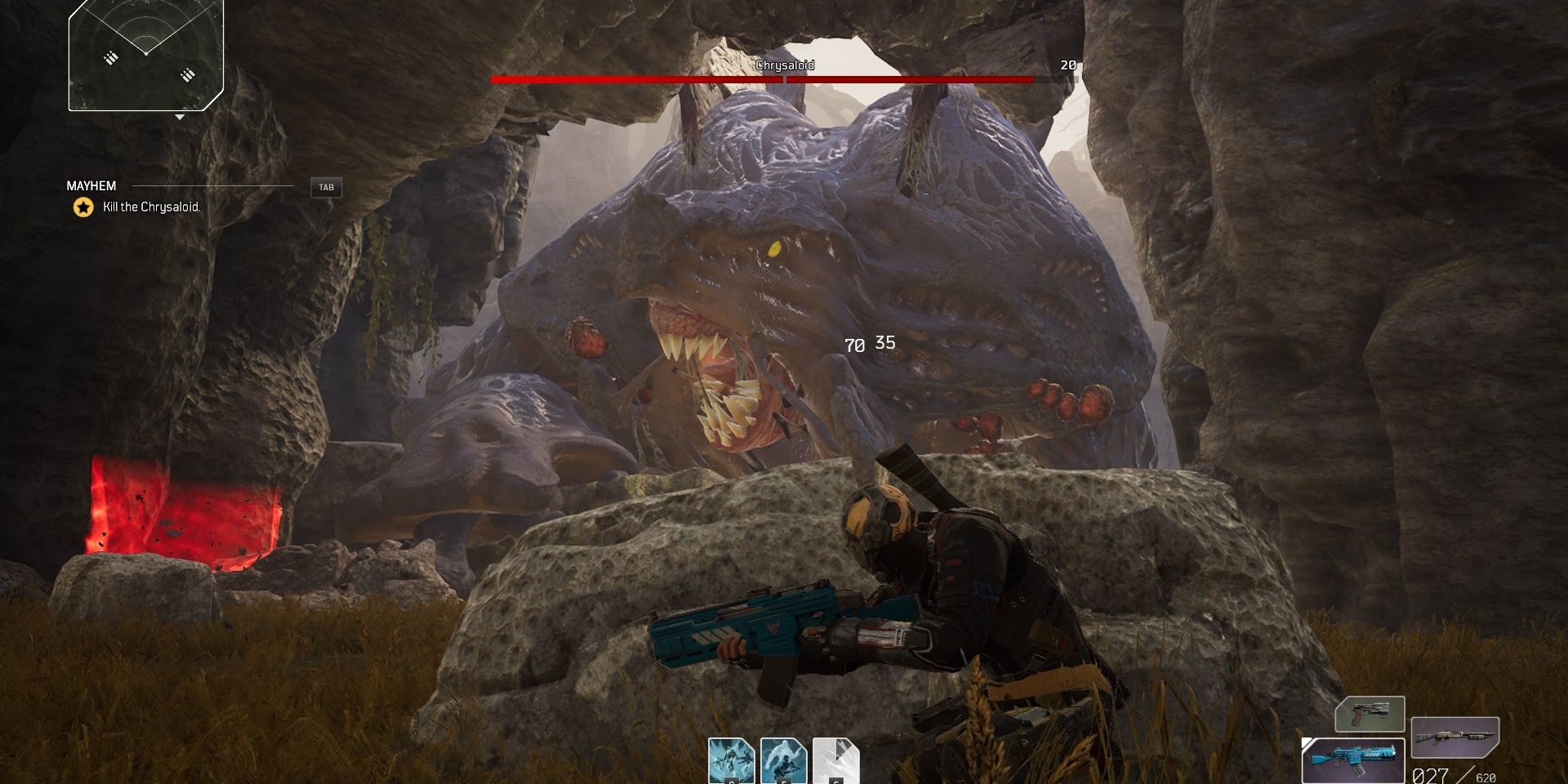 This part is all about managing cover. Use your mid-range weapons to constantly damage the Chrysaloid. If you stay far back, it’ll stick to using wind breath attacks. When it begins to inhale, stick to cover. You can’t take damage from this attack if you’re hiding behind cover. No enemies will spawn during this phase. Be mindful of your HP.

When it’s out of its breath attack, get out of cover. If you stay in cover for too long, the boss will destroy the cover with its hands, giving you fewer options for protecting yourself against the breath attack. Use your weapons to constantly damage the boss, jumping in and out of cover as needed to stay alive. Should you run out of ammo, restock at the ammo bins at the back of the arena. 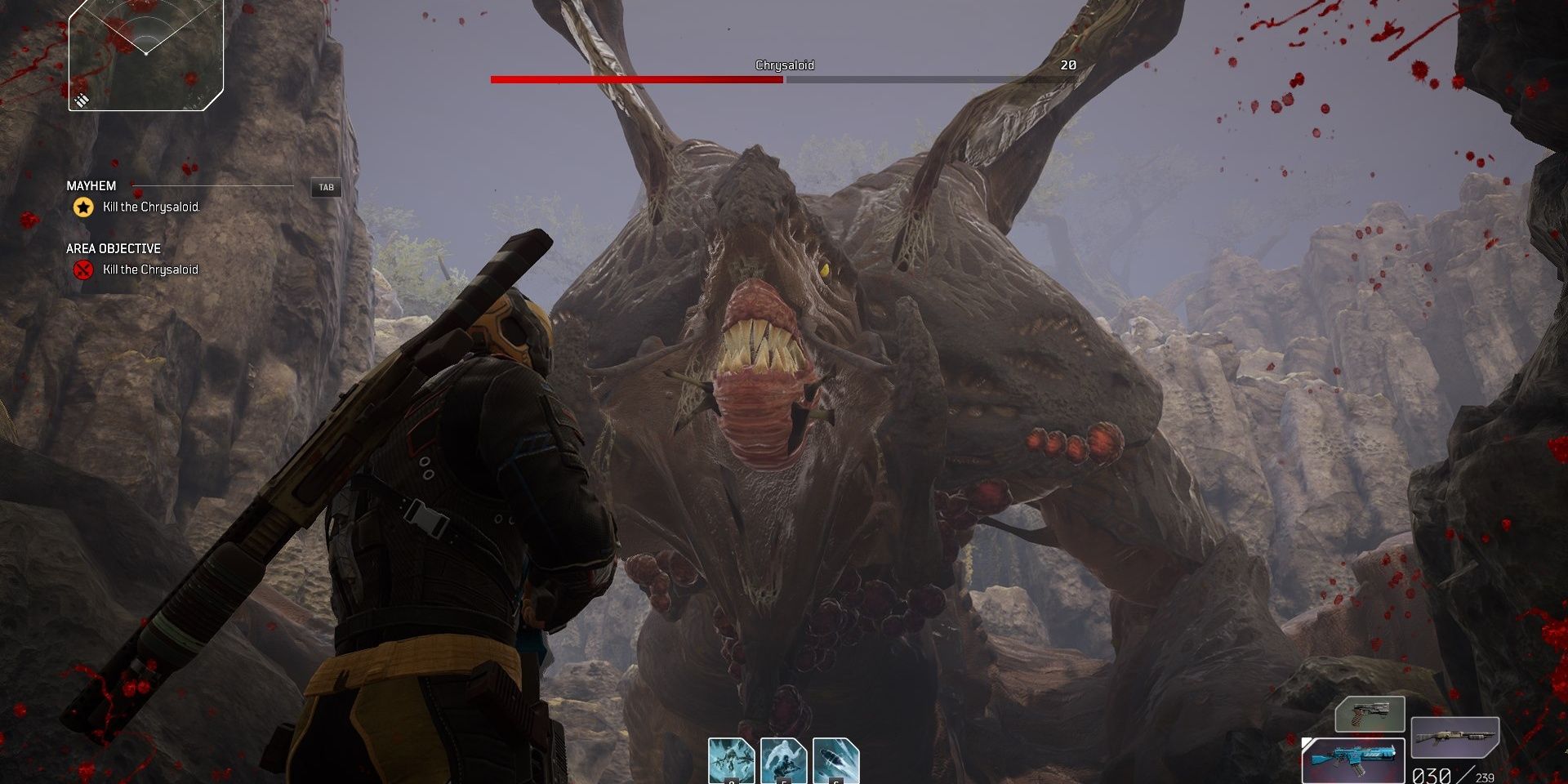 Now it’s about managing your space. There is no cover here, although the Chrysaloid’s breath attacks will only cover a certain distance now. The boss can now do the following: 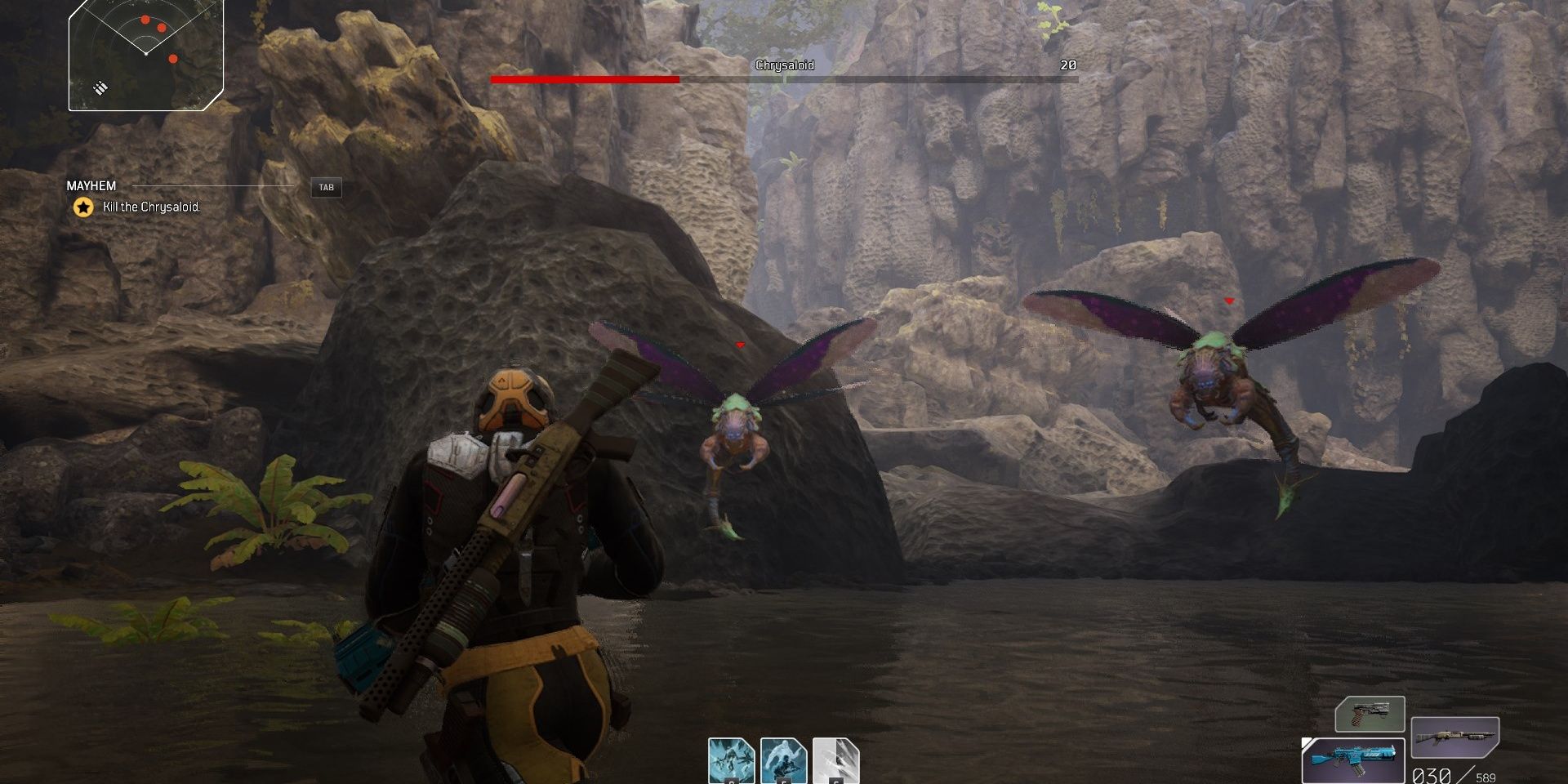 Use the same strategy as before, staying back to damage the boss until you need to move. Should the boss summon a wave of Strix, kill the Strix immediately! These bugs are more dangerous than the boss. 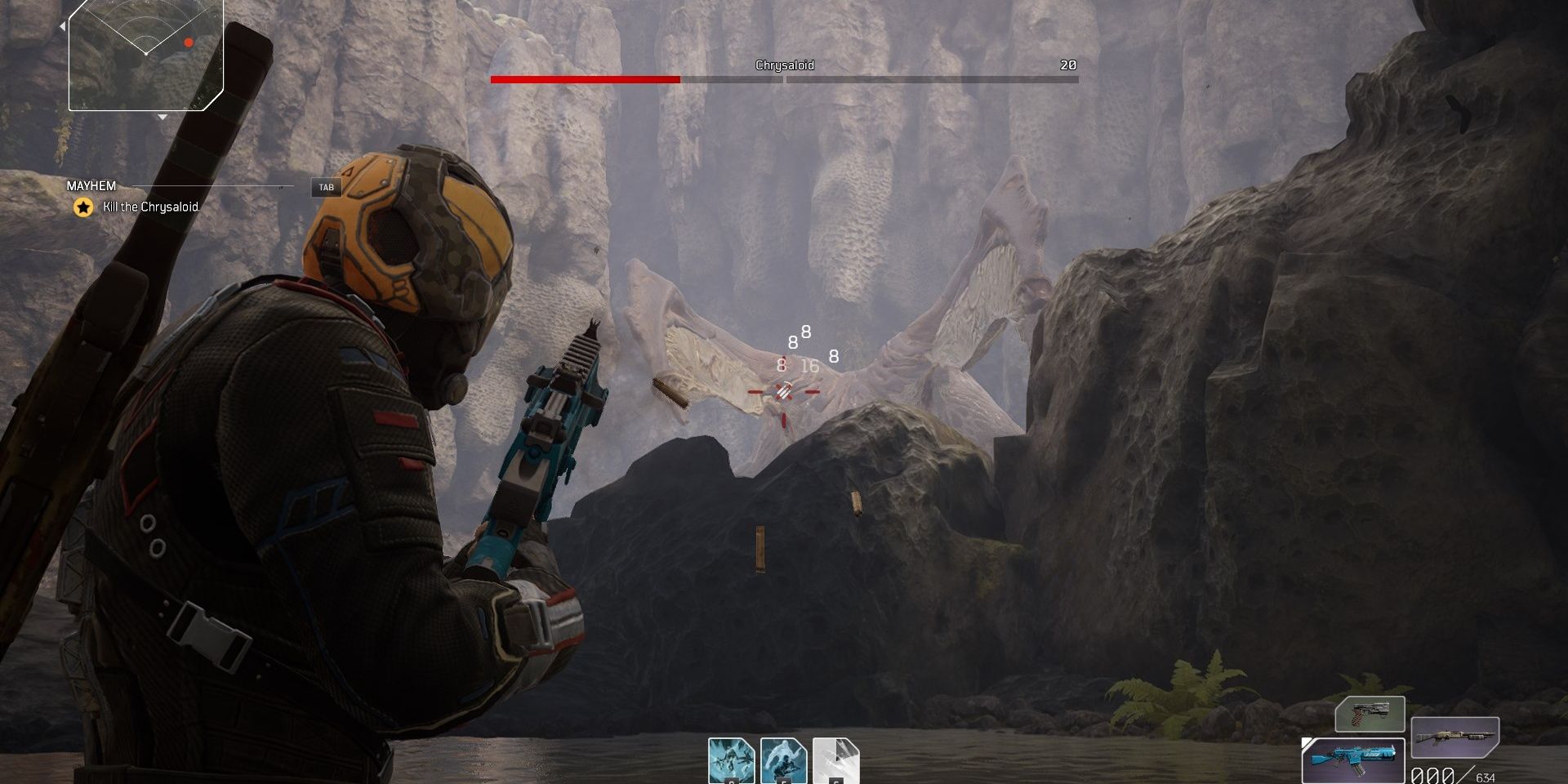 This boss is fairly tanky, so don’t be stressed if you aren’t dealing much damage to it. At higher World Tiers, this fight is an endurance test. Stay out of AoE attacks, kill the Strix whenever they spawn, and be mindful of your ammo. If you do those three things, this boss should be the easiest yet.

For more in-depth tips and tricks on how to fight the Chrysaloid, consult our Chrysaloid boss guide.

Return To The Truck

When the boss dies, be sure to loot its corpse before leaving. It seems to always drop Epic-quality gear. Exit the area when you’re ready, ending this quest while starting the Asylum quest.