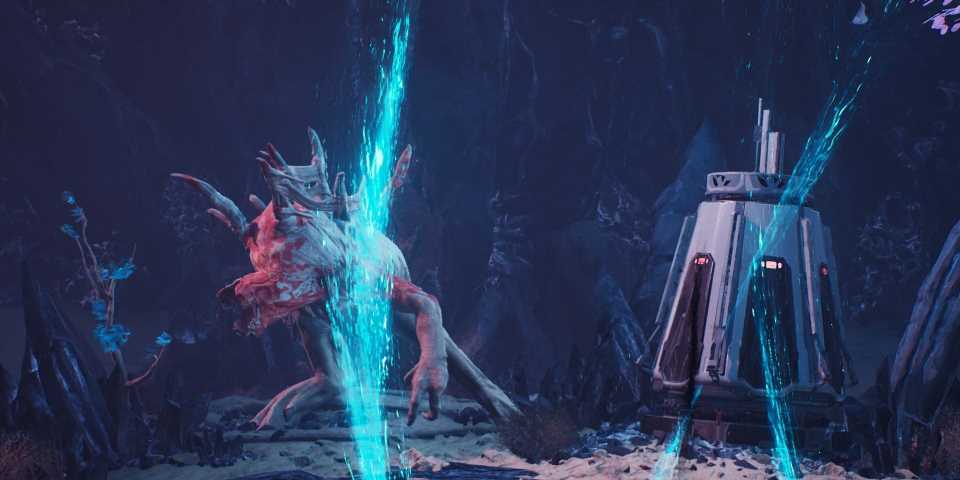 Earning the best gear in Outriders will require you to complete Expeditions, time-sensitive missions that pit you against hundreds of enemies. These missions can get exceptionally tough at higher Challenge Tiers, requiring you to have a perfect build or a good team.

Stargrave is one of Outriders’ easier Expeditions. It has a rather lenient time limit for reaching Gold, and the final boss isn’t too difficult. With that said, some of the encounters in this mission can prove troublesome if you haven’t cleared Stargrave many times. This guide will take you through each encounter, explaining the enemies you can face and some general tips for clearing each encounter. 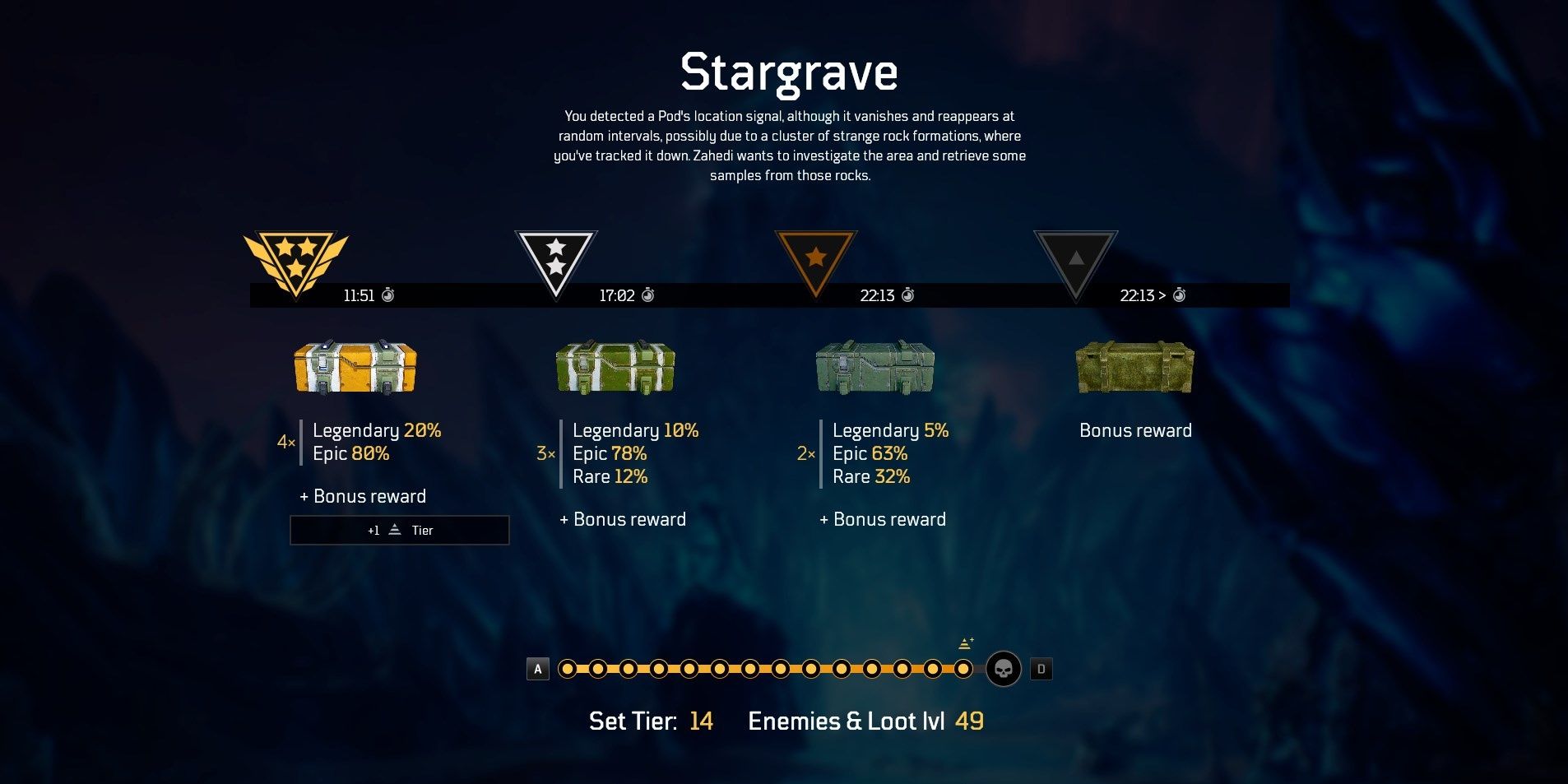 The first half of Stargrave will pit you against Ferals, some of which are Warlords and Destroyers. Stargrave’s second half pits you against Warzone and Desert Beasts, most of which are Crawlers and Alpha Perforos. A few Sciathans are present in this Expedition, so bring a weapon that can take down aerial units. Most loadouts will work here. 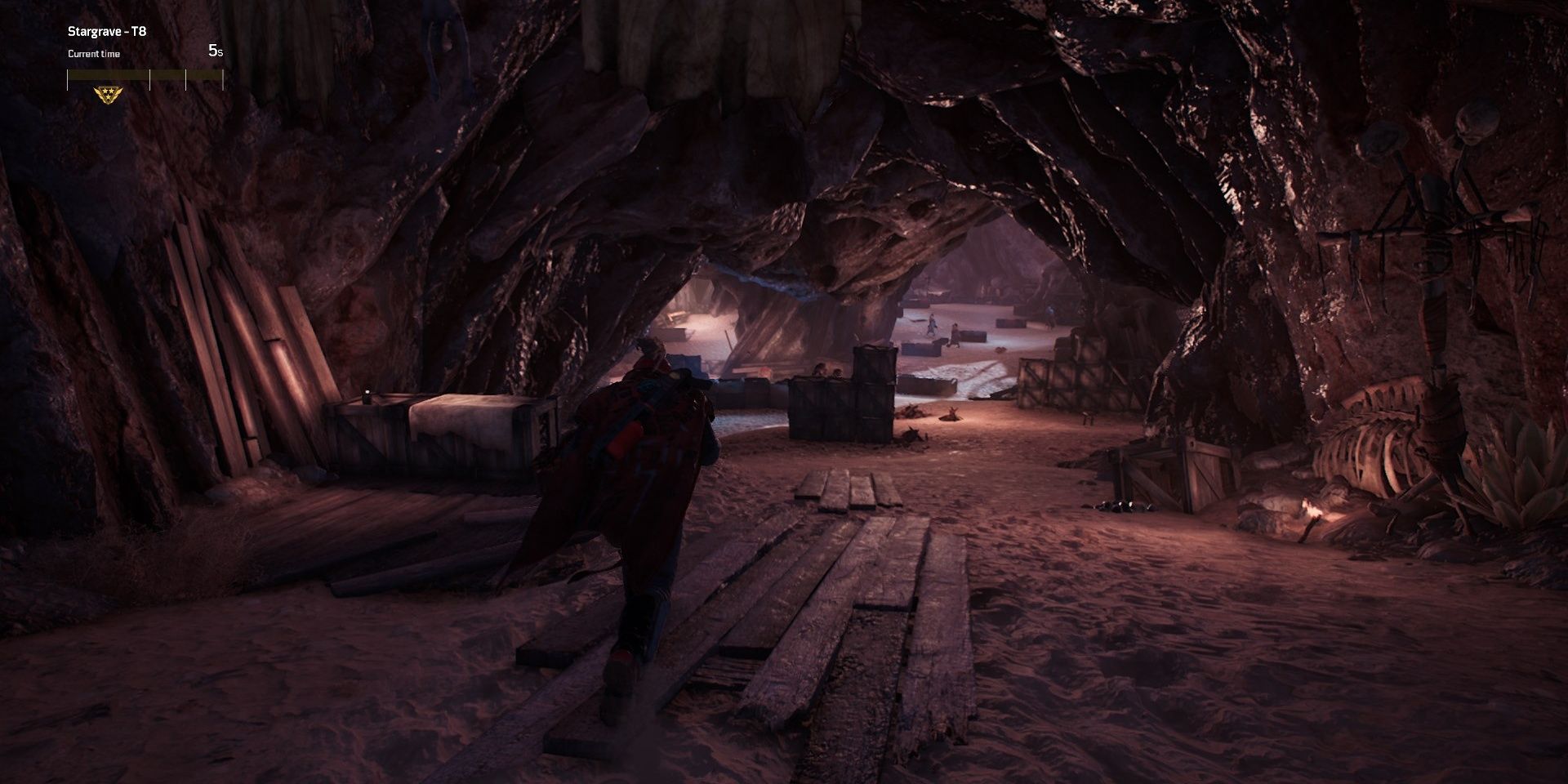 Enemies won’t be aggroed when you enter the arena, so you have a few seconds to get your bearings. Multiple Destroyers and melee units will charge you once you start combat. Try to stick to your right, as the other end of the zone has Hunter snipers that can easily kill you at high Challenge Tiers.

Make your way to the other end of the arena, killing any enemies that are near you. Defeat the snipers, then eliminate the rest of the enemies. 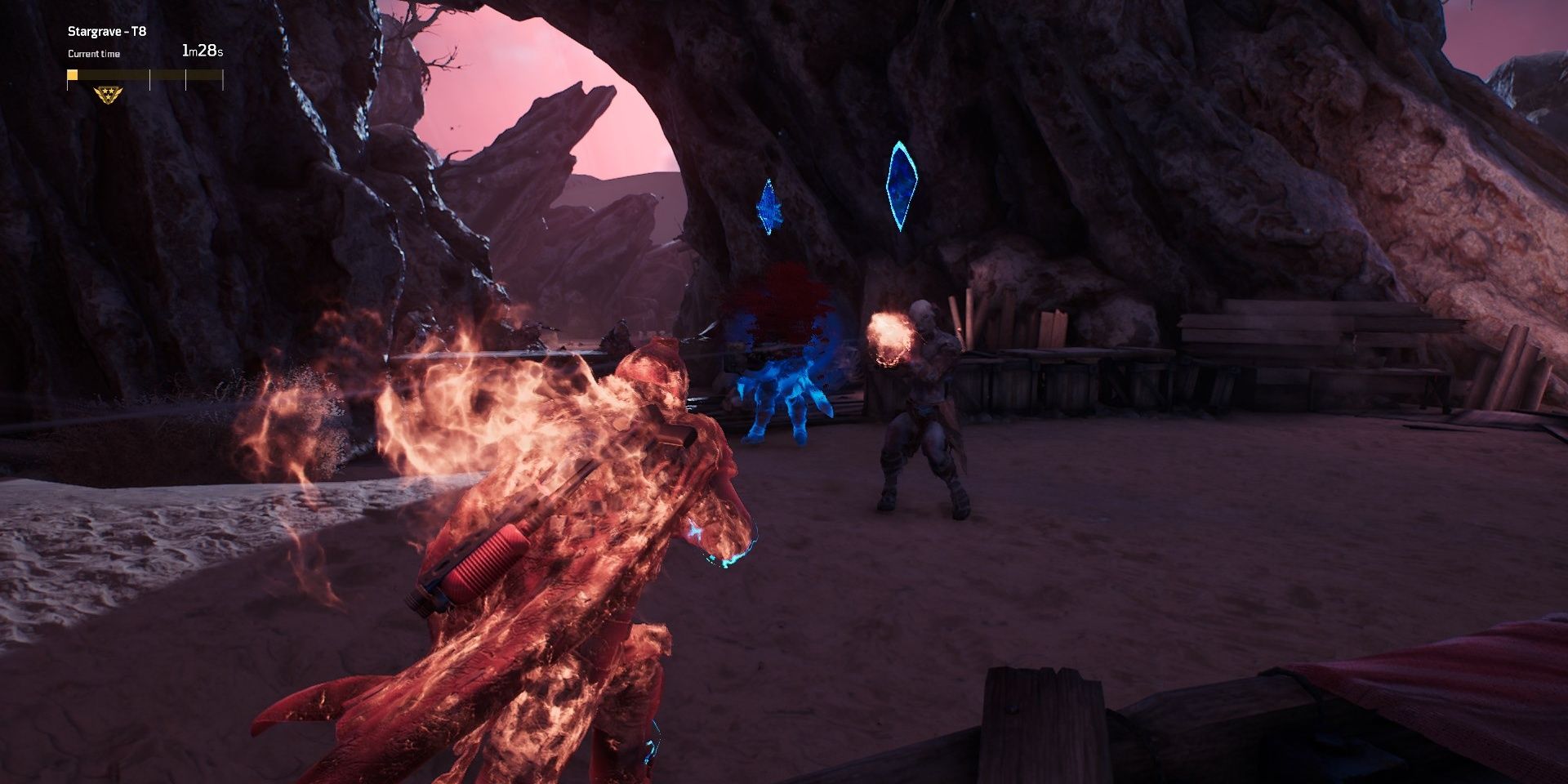 A second batch of enemies will spawn when you’ve cleared out most of the arena, most of which will spawn at the end of the path. Besides a few Destroyers, a Warlord will accompany the squad of Ferals, applying devastating debuffs if you let him live. Take the Warlord down as fast as possible, or you’ll have to suffer from constant Freeze procs. If you do get frozen, use your melee ability to break free. Defeat the second wave to clear out the path. 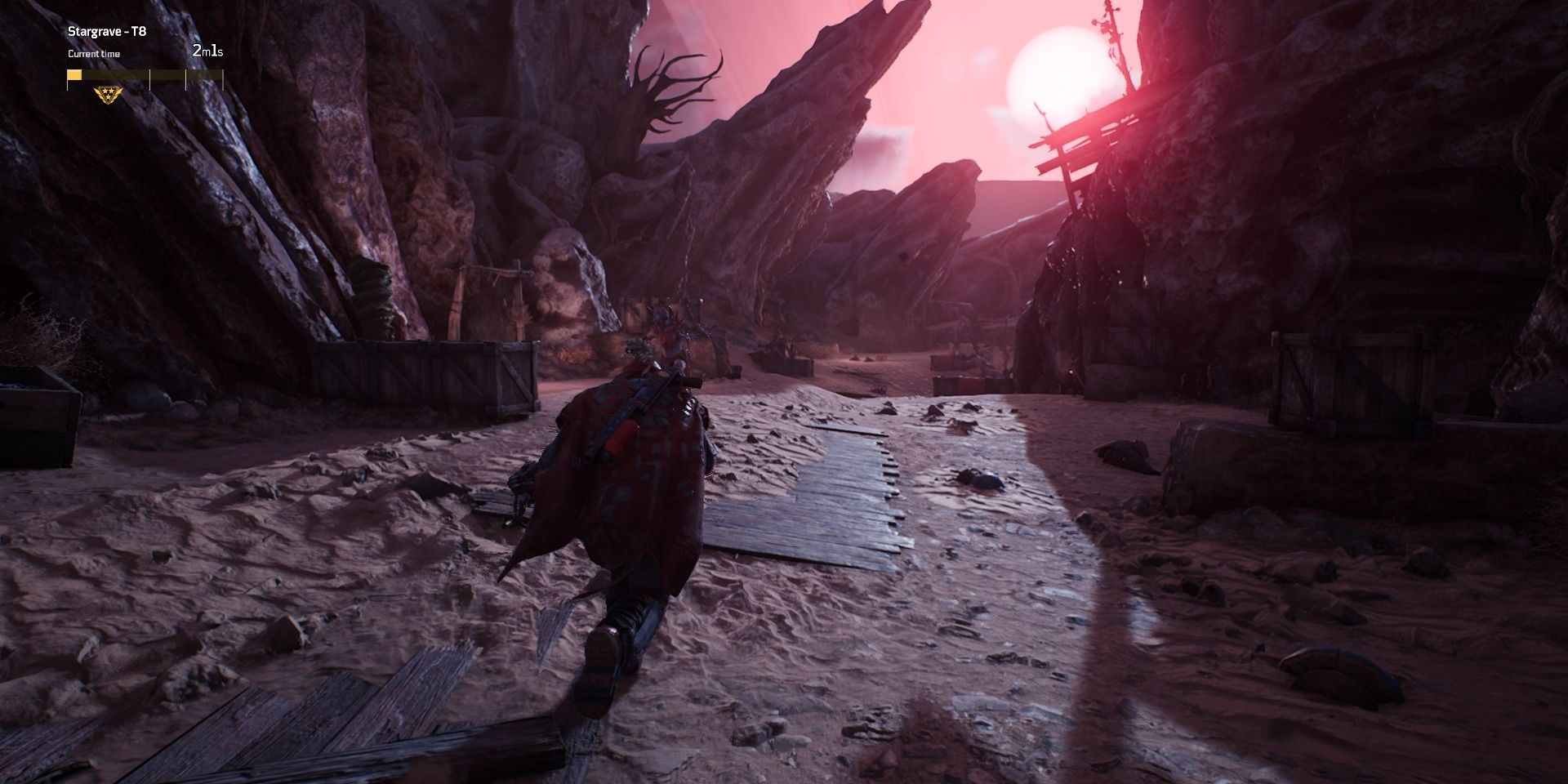 You only have to fight one wave of Ferals to proceed. There aren’t any tough enemies here, so use this opportunity to recover any lost health. Your abilities will exit cooldown after this section, so feel free to use all of your abilities to clear this part quickly. 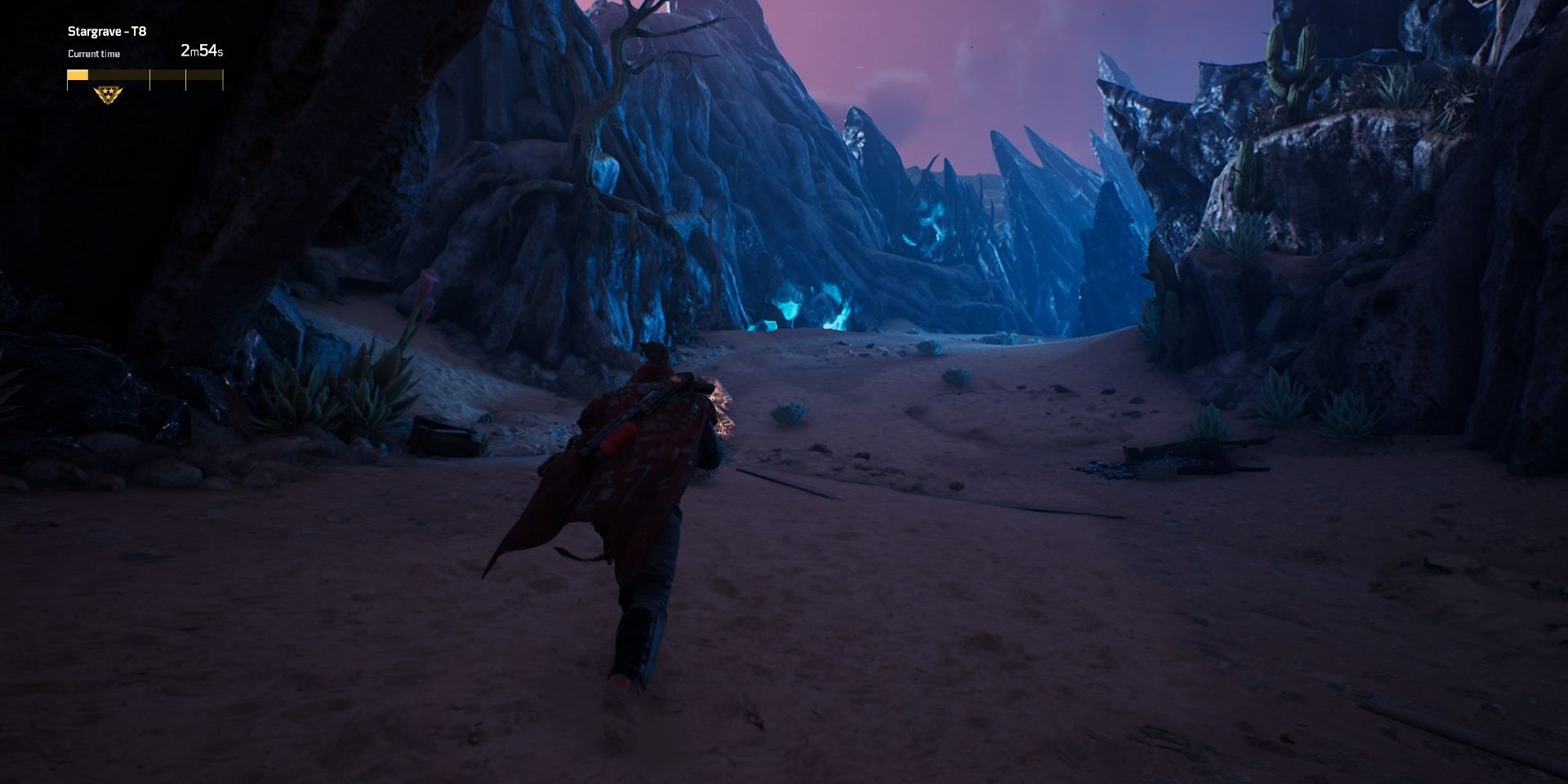 From here on out, you’ll be fighting Beasts instead of Ferals. You’ll enter a rather large arena with virtually no cover. Stay on the move, kitting enemies into a group if need be. The first wave of enemies consists mostly of Maulers, fairly weak melee units. Make your way to the other side of the arena, killing any Beasts you stumble across. Have your abilities ready for the next wave. 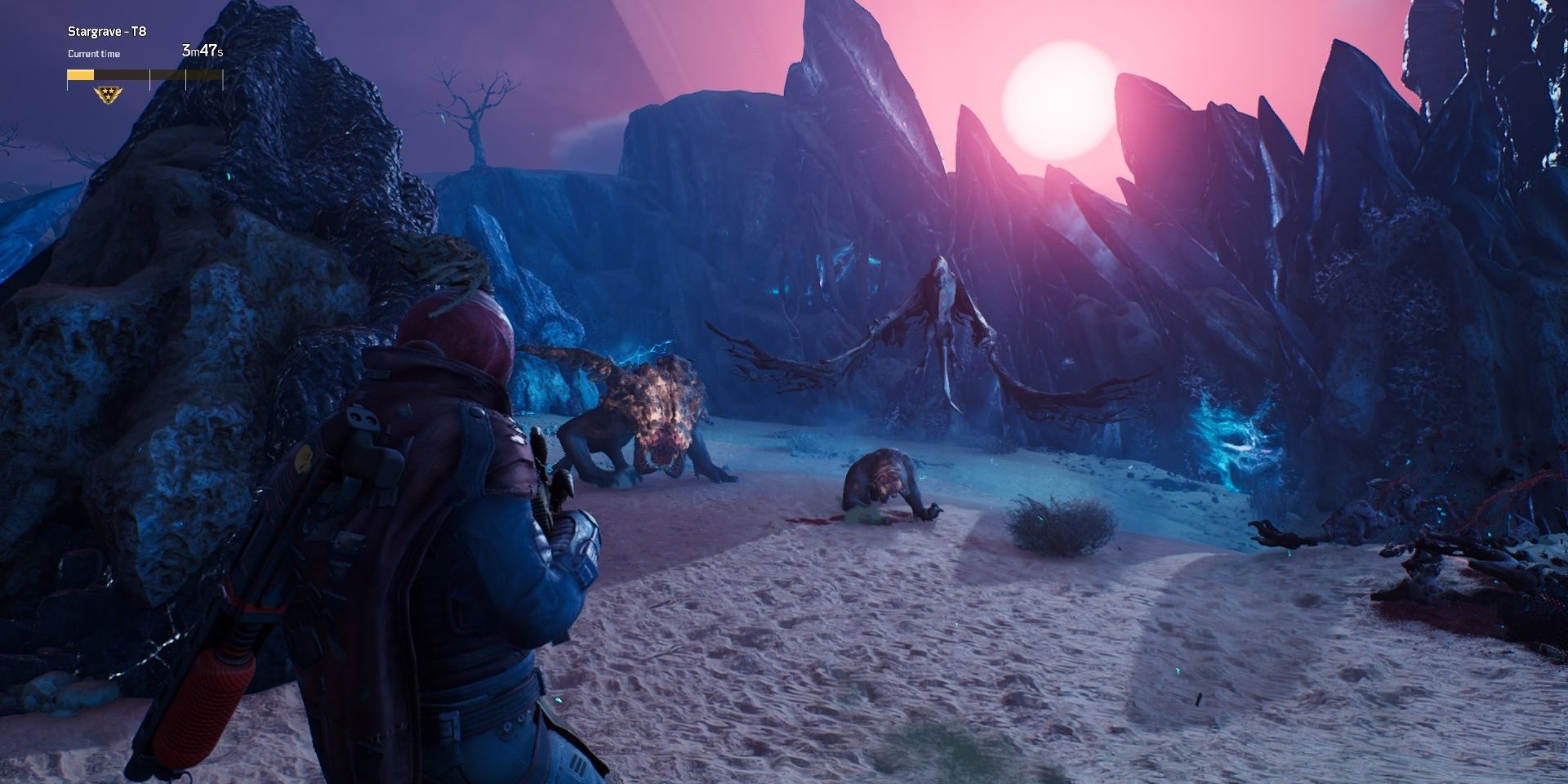 The second wave of enemies will consist of a Behemoth, two Sciathans, alongside Maulers and Perforos. Keep a close eye on what the Sciathans are doing, as they will apply multiple AoE attacks that can stagger you for an extended period. Try to kill the Sciathans first, shooting their wings to force them to land. If you can’t kill them, lure the Behemoth away from the birds to kill it quickly. Either way, take out the Behemoth and Sciathans before clearing out the trash mobs.

You’ll face one more wave of Crawlers and more Maulers once the Behemoth is dead, but these enemies shouldn’t pose as much of a threat. Try to split them up so their AoE attacks don’t overlap. Take them out, then break the debris at the end of the arena to proceed. 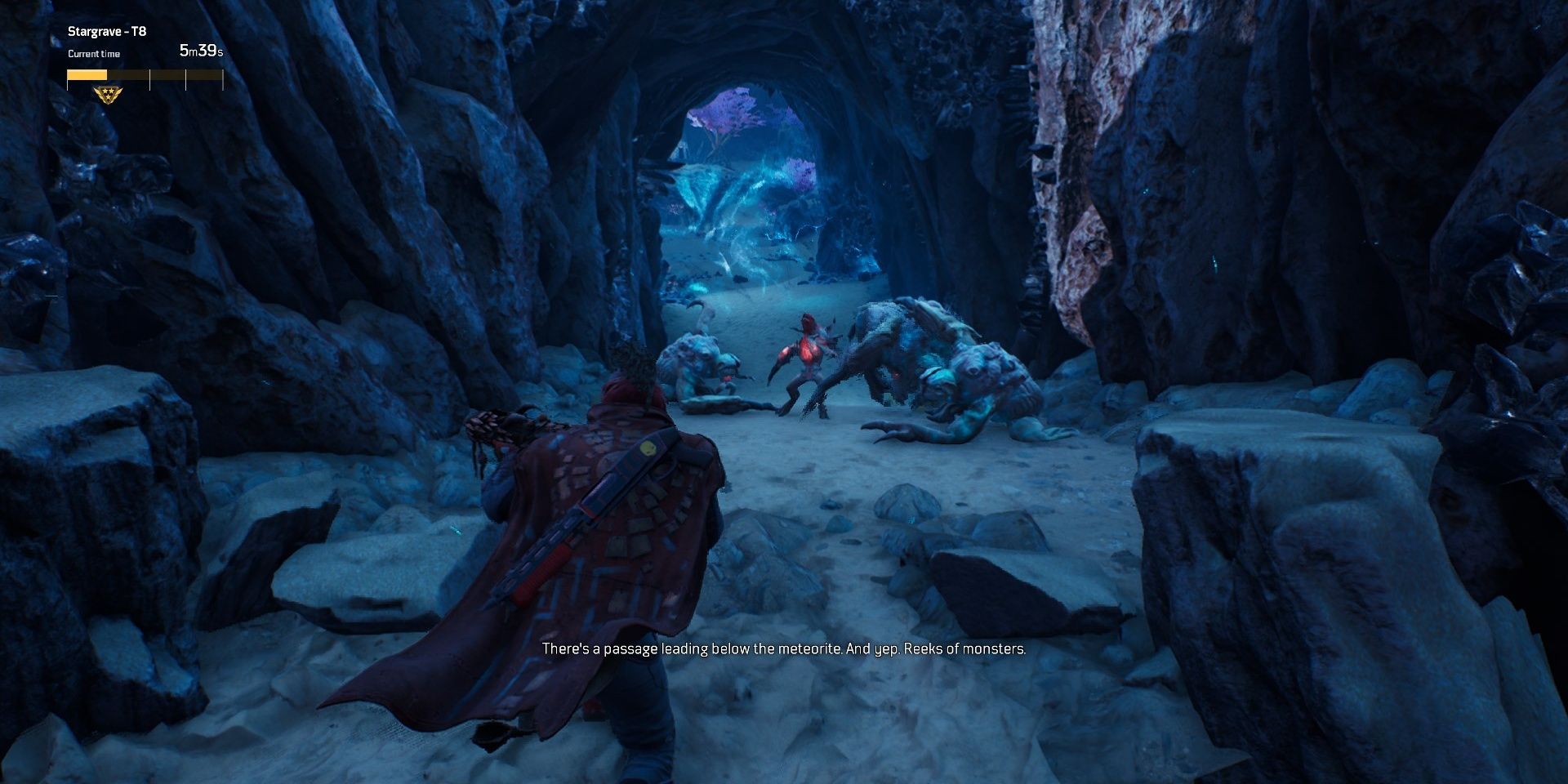 Three Alpha Perforos and other fodder Perforos will ambush you right after you break the rubble blocking your path. Your abilities will be reset at this point, so use any crowd control abilities or outright kill them. If you can’t stun them, lure them into the area you just came from. Kill the Perforos, then push forward to reach the final arena. 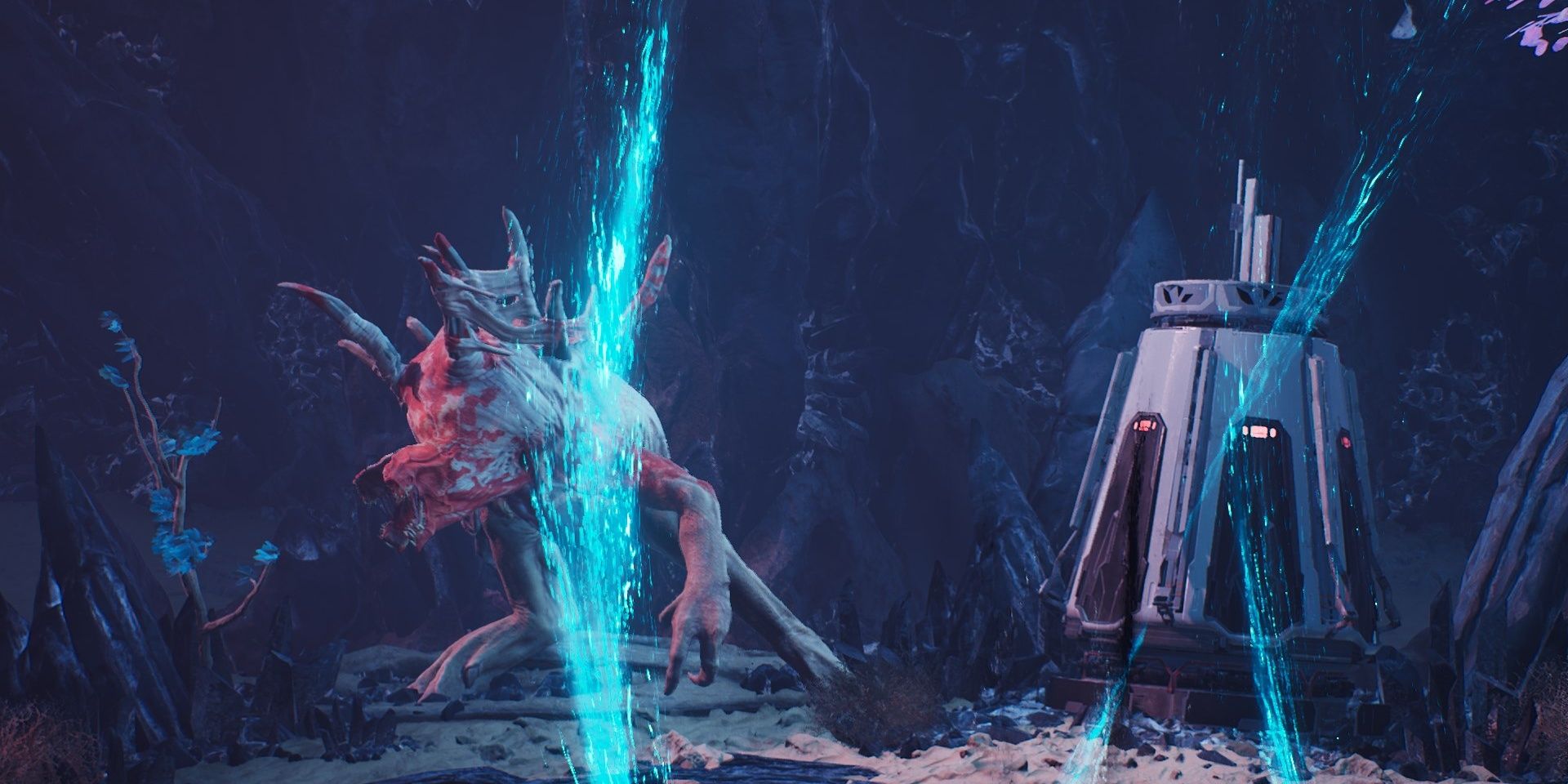 Before the boss spawns, you’ll need to defeat a few Perforos and Maulers guarding the area. Watch out for Alpha Perforos attempting to leap on you, which can easily lead to a stunlock chain. When all of the enemies are dead, the final boss will spawn after a short cutscene.

This Brood Duchess has no special mechanics, just a massive health bar. It’ll attempt to buff all Beasts in the arena if you take too long to kill it. Either focus on killing the Brood Duchess or the surrounding adds. The Brood’s weakpoint is its heart, making it easy for ranged characters to land repeated critical hits against the boss. If you’re a melee-oriented character, try to Slow or Freeze the boss before attacking, as the Brood’s melee attacks can easily kill you at higher Challenge Tiers. You can also lure the boss off the ledge it spawns on, forcing it to fall down a floor. This can give you some breathing room if you are getting swarmed. Defeat the boss and all Beasts to complete the Expedition.

Next: Outriders Complete Guide And Walkthrough 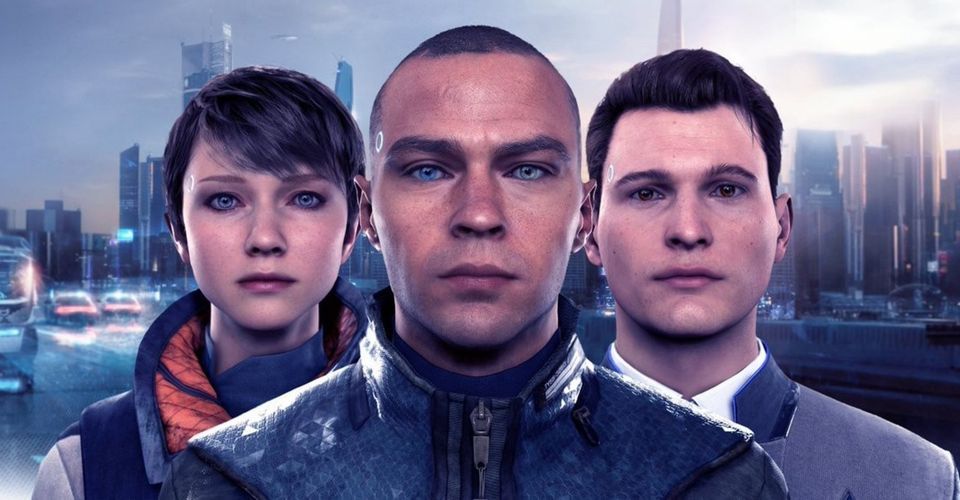