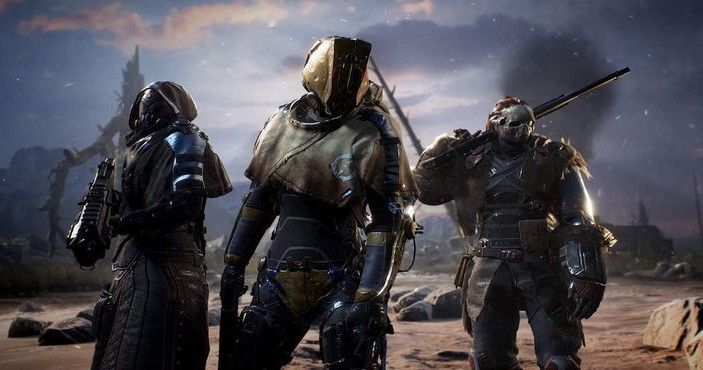 People Can Fly didn’t exactly get the soaring launch reception it was hoping for with Outriders. The game was riddled with server issues at launch, followed by game breaking bugs that wiped hundreds of hours of progress as well as entire inventories. However, the game’s day-one launch on Xbox Game Pass turned out to be a great move, as illustrated by Square Enix president, Yosuke Matsuda during a financial results call for the company.

As pointed out by VGC, the full year financial results briefing took place on May 13, but was only translated recently. “In regards to the response to Outriders, while there were slight issues with bugs and the like on launch, we believe it has gotten off to a good start as a new IP,” said Matsuda.

“In addition, we have been pleasantly surprised as the digital sales ratio for the title have been very high, and the number of active users has also beaten our expectations,” he added. “We believe that our decision to make Outriders available with Microsoft’s Xbox Game Pass as soon as the title launched also worked in our favor.”

Matsuda was spot-on, as the game saw a healthy player base in the month post its launch.The game surpassed 3.5 million players worldwide in May. Co-Head of Studio at Square Enix External Studios, Jon Brooke, confirmed the number of unique players with an average playtime of over 30 hours, “and the amazing team at People Can Fly are so excited with this initial success.”

It appears that despite the rocky start, Square Enix considers the launch a great start to a brand new IP. As reparations for the inventory wipe bug, the developers had promised players “god-rolled” weapons, which finally arrived last week. The “Community Appreciation Package” contained one of 46 Legendary weapons from the game; which has not yet been attained by the player, a new Frustration emote, and a bunch of Titanium based on your character’s level.