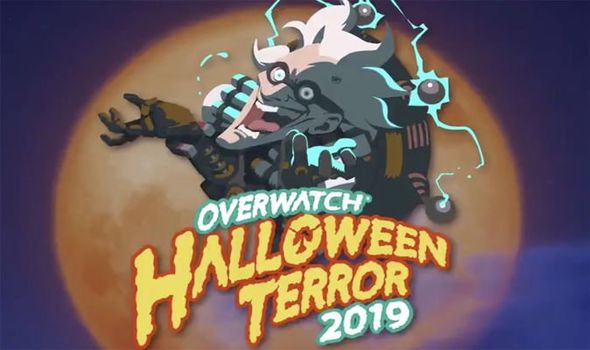 Overwatch fans are counting down to the launch of the 2019 Halloween Terror event.

The Halloween 2019 event has an October 15 release on PS4, Xbox One, PC and Nintendo Switch.

In fact, the Halloween Terror in-game spectacular launches on the same day as the Nintendo Switch release.

There’s no official start time for the event, although typically Blizzard updates tend to go live at around 6pm UK time. Full patch notes will be revealed when the update goes live.

This will be followed by the launch of the Nintendo Switch version at 7pm BST.

If you’re planning on playing Halloween Terror on Nintendo Switch, you can see the console launch times for your region further down the page.

As for the Halloween Terror event, fans will be able to jump in, unlock new skins and play Junkenstein’s Revenge until November 4.

Junkenstein’s Revenge is a wave-based co-op mode in which players team up to destroy monsters and battle bosses.

“Team up with three other players and face off against a host of horrific enemies, including Junkenstein and his Monster; the mysterious Summoner; the Reaper; and the Witch of the Wilds,” reads the Blizzard description.

The 2018 event saw Blizzard mix things up by adding Brigitte and Tracer as playable characters, alongside an endless mode.

“Prepare for a real challenge in Junkenstein’s Revenge: Endless Night,” the post continues.

“How long can you survive as wave after wave of enemies and bosses assault the castle doors? Those who survive the longest will earn a coveted spot on the leaderboard.”

Needless to say, fans will also be able to unlock a host of new and returning skins.

Unlike previous events, however, the new skins are yet to be revealed ahead of time. You can take a look at some of the returning skins below.

The Halloween Terror event will also launch alongside a huge update, which Blizzard has previously described as something of a remaster.

You can see the early patch notes and character changes below. 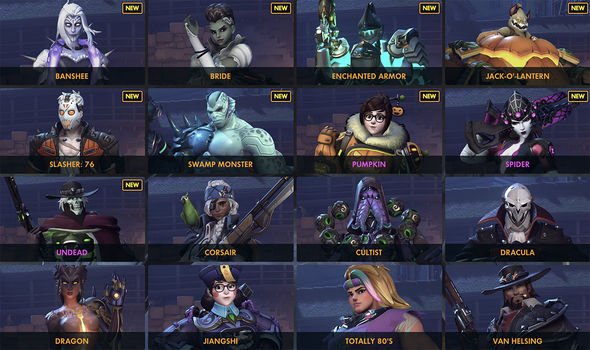 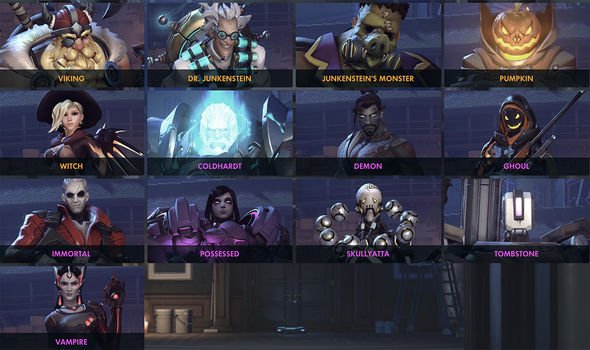 • Delay before regeneration begins lowered from 1 second to 0.75 seconds

• Cooldown increased from 9 to 10 seconds

• Ammunition increased from 5 to 6.

• Regeneration rate reduced from 175 to 150 per second

• Now has a 1 second cooldown after recalling the barrier

• Duration increased from 6 to 9 seconds

• Speed boost’s amplification increased from 50% to 60%

• Self-healing reduced from 30 to 20 health per second 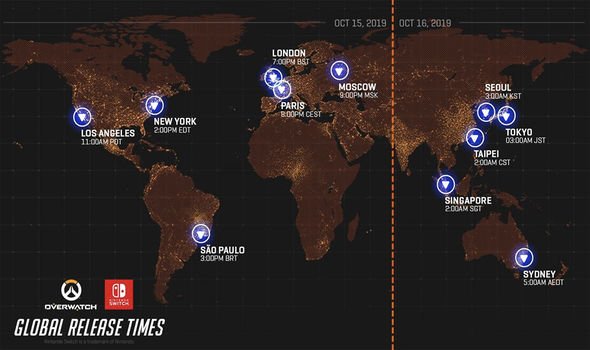 • Time to reach max charge increased from 1 to 1.4 seconds

• Shield health gained per hit reduced from 35 to 30

• Cooldown increased from 4 to 6 seconds

• Duration reduced from 15 to 12 seconds

• Damage falloff now starts at 13 meters, up from 10 meters