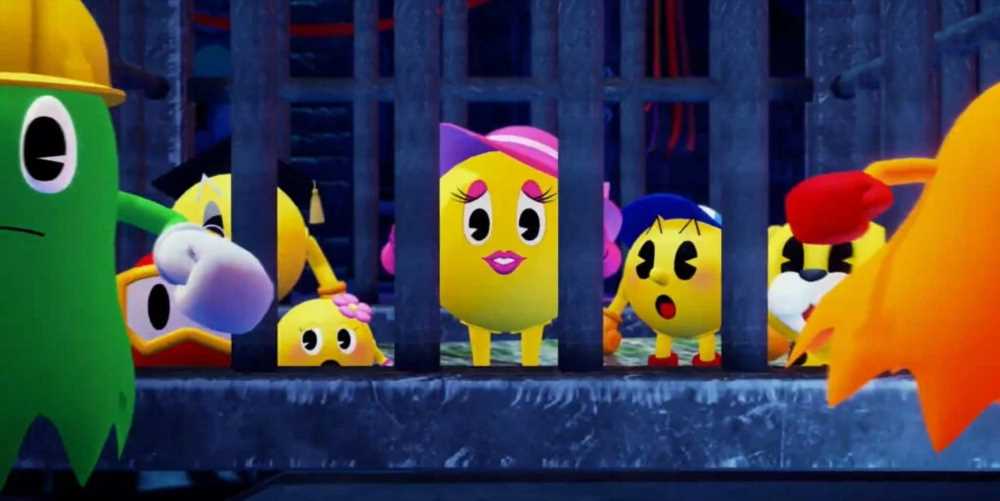 Re-Pac, a remake of Pac-Man World which launched on PS1 in 1999, was revealed during Tuesday's Nintendo Direct. The reveal appears to have gone down pretty well, for the most part. However, Pac-Man fans immediately noticed Ms. Pac-Man has been replaced with Pac-Mom, presumably for legal reasons, and they're not happy about it.

For those unfamiliar with the original game, Pac-Man is tasked with traversing six different lands to rescue six different characters, one of whom is Ms. Pac-Man. However, as you can see in the trailer for the remake, the cage in which the six characters in need of rescue can be seen holds Pac-Mom, not Ms. Pac-Man. As highlighted by VGC, fans aren't cool with the switch.

While the issue lay dormant for a while, the situation was thrust back into the spotlight when Bandai Namco attempted to sue AtGames for including Ms. Pac-Man on a mini arcade cabinet it launched in 2019. AtGames then acquired the rights to the character from GCC, twisting the Ms. Pac-Man knife that had already been plunged into Bandai Namco. Since then, the studio has simply used Pac-Mom in her place to avoid further complications, and long-time fans of the series aren't happy about it.

Most of those fans appear to understand the situation is a complicated one. Their issue is Bandai Namco appears to have completely moved on from the problem rather than attempting to fix it. Ms. Pac-Man has been replaced and that's that. On the bright side, the Ms. Pac-Man theme appears to have remained in the remake, which likely means the original soundtrack will be a part of Re-Pac. A luxury Sonic 3 fans weren't afforded in Origins.