The popularity and influence of FromSoftware’s 2011 masterpiece Dark Souls has been felt for close to a decade now. Springing up from almost nowhere, the title would go on to shape the design of games from large studios and indie developers alike. FromSoftware, itself, might not be churning out similar titles on a regular basis, but those looking for comparable action aren’t lacking in alternatives.

It may be something of a cliché at this point, but No Place For Bravery is very much cut from the same cloth as Dark Souls. Developed by Glitch Factory and published by Ysbryd Games, the most obvious inspiration here is the work FromSoftware created all those years ago. This isn’t merely a recreation of what the Japanese studio started, but more a mixture of the types of games that Millennials grew up playing.

As a part of PAX Online this week, I was given the opportunity to try out a demo and see what No Place For Bravery is all about. Sporting a wonderful pixel art aesthetic, the game quickly thrusts you into the action with little in the way of traditional cutscenes. You’ll control things from a top-down perspective and battle with a mixture of light and heavy attacks that drain a set amount of stamina. There isn’t any kind of XP system, so you’re not leveling up like in Dark Souls. This is more an action game where mastery of mechanics will be the determining factor in your success. 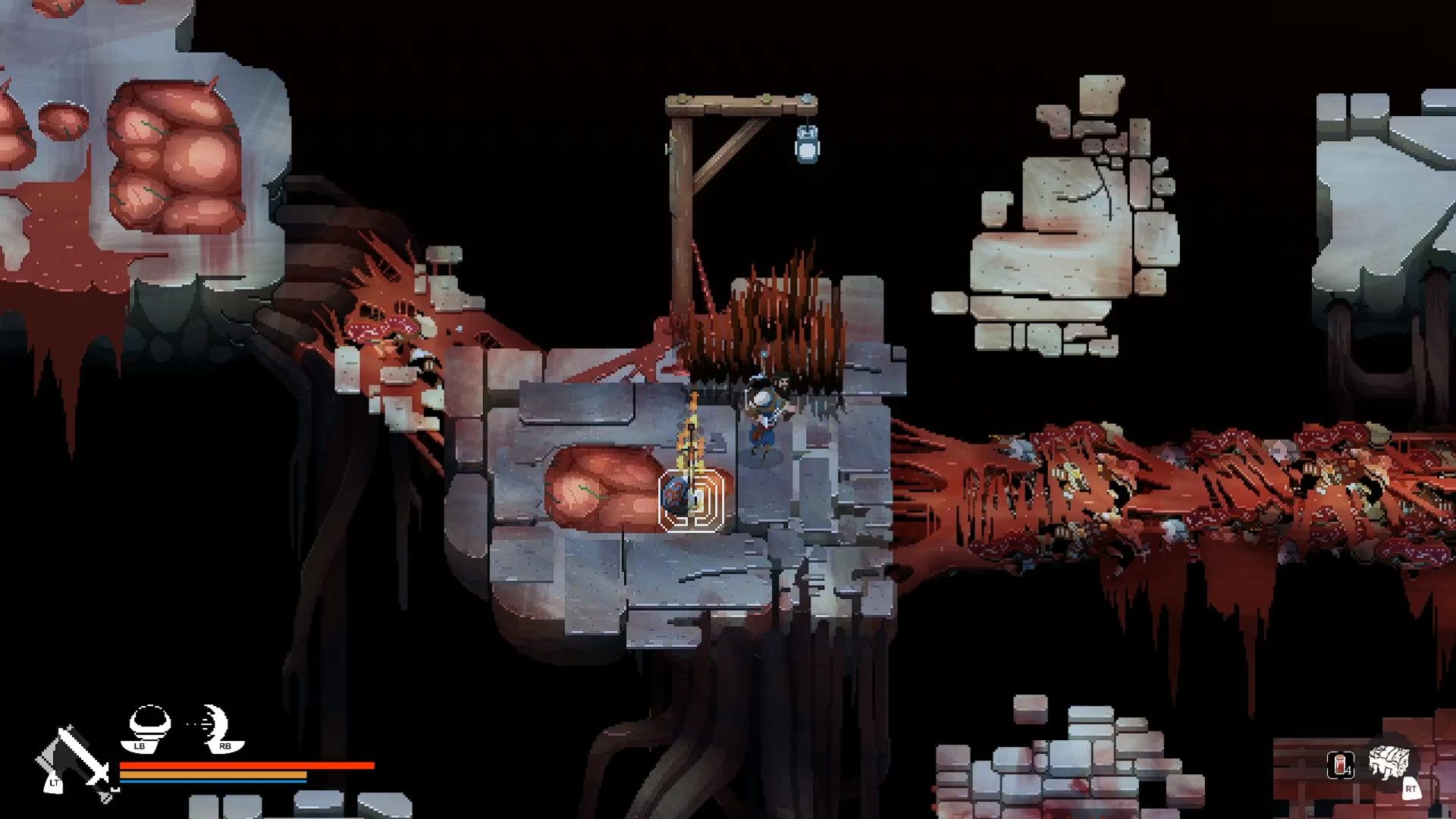 A lot of the basic mechanics will be familiar to FromSoftware diehards. You’ll time your attacks to avoid taking unnecessary hits, dodge enemies with a simple dash, and even parry attacks with perfect timing. You can almost compare this to Hyper Light Drifter, in that sense, since the stamina system isn’t as emphasized as in Souls titles.

But those comparisons are more reductive than helpful. When speaking with some of the developers behind the game, I noted a bunch of similarities to other, popular titles. There’s an obvious Legend of Zelda style, some Metroidvania bits, and even a comparison to be made with Devil May Cry. It’s easier to say this is an action RPG that isn’t looking to rewrite the playbook on game design. That doesn’t mean you won’t have some fun.

The basic enemies in No Place For Bravery don’t push you that harshly. You’ll square off with common melee and range foes in placements that demand positioning and swift thinking. There’s a lot more focus put on level design here, with an early area pitting the player in a small maze where an archer is taking potshots at them. You have to navigate this while dodging some sword wielders and dealing with tall grass obscuring the arrows. It feels more like a puzzle than simple a combat RPG. 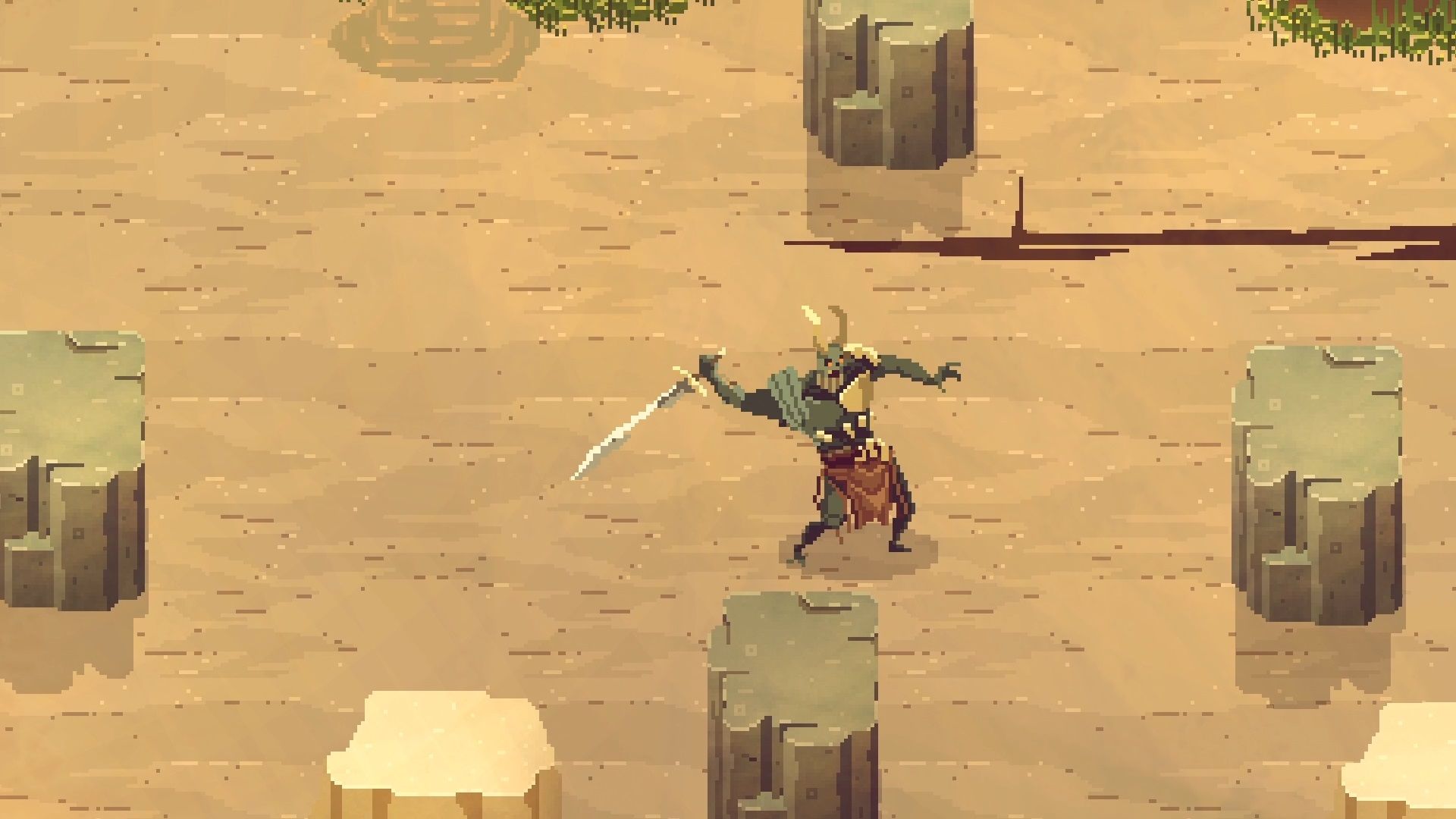 When you eventually come to the first “boss,” your mastery of the parry mechanic will be put to the test. While they are more resilient to basic attacks, breaking their guard opens them up to quick kills. You can finish this guy off in four swings once his defense bar is depleted. They feel just as vulnerable as you, which contributes a lot to make you feel smarter versus simply being stronger.

The final boss then takes that idea to the extreme and blows out his health bar to cover the width of the screen. It is intimidating, but studying his attack patterns will see a similar result. Once you break his guard, you can deal tremendous amounts of damage that will deplete 35% of his health in a single combo. The mantra seems to be that no one enemy should have a staggering advantage over the player, which is a big departure from other Souls inspired titles. If any of this sounds too much, though, the developers noted that they will be including a range of accessibility options for those looking to explore rather than fight.

There really wasn’t enough in this demo to draw more conclusions, but the general flow was nicely paced. I got through everything in maybe 30 minutes and there was a decent amount of exploration involved. You’ll be running from checkpoint to checkpoint (which takes the form of bonfires) and they are spaced out well enough. There’s almost an arcade sensation as dying and respawning only takes maybe two seconds to happen. 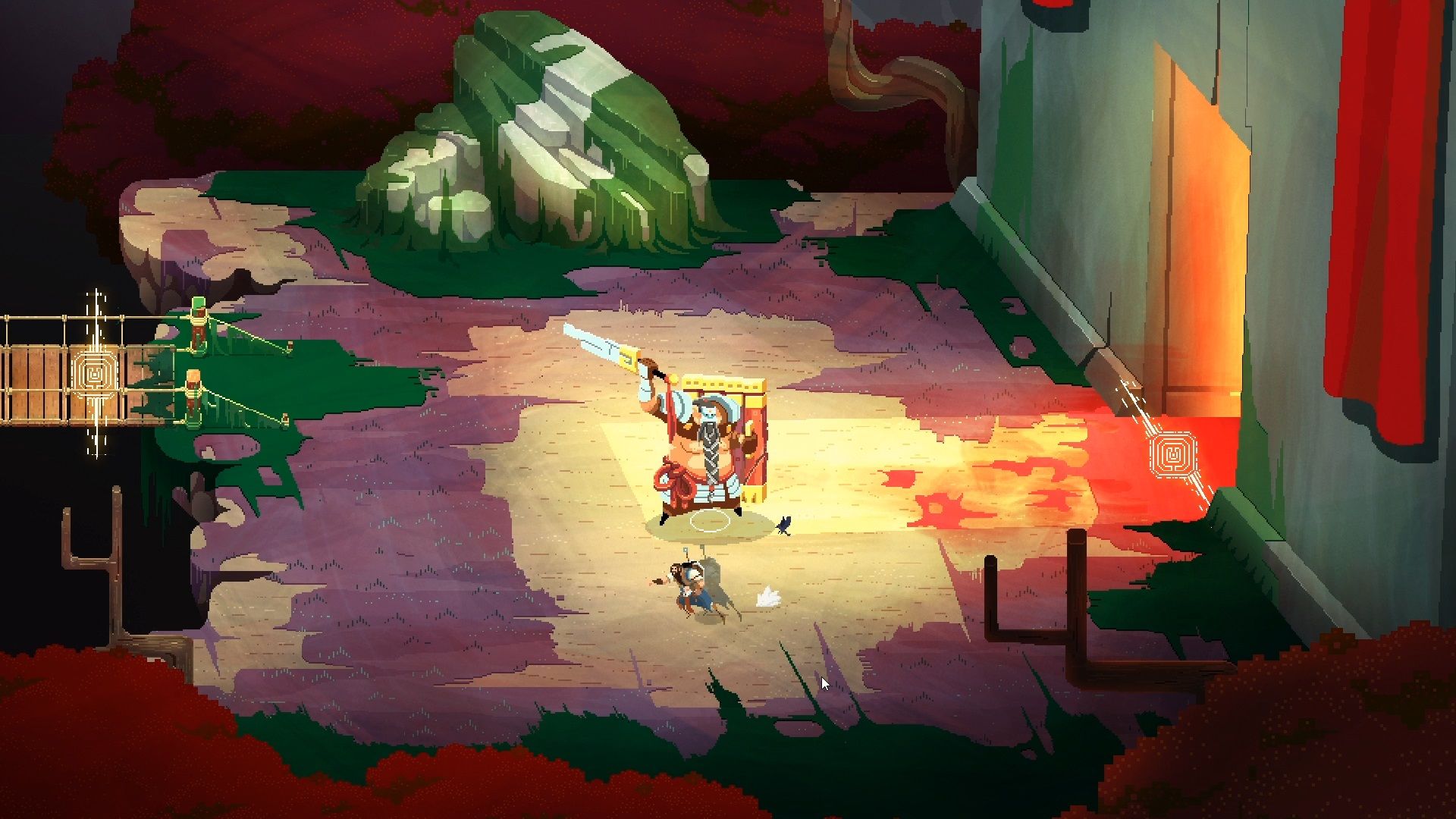 I can’t really draw too many conclusions, but I am intrigued by No Place For Bravery. The plot may be trying to copy the newest God of War a bit -you’re a warrior father looking for his daughter- and there isn’t anything explicitly “new,” but the title is pretty well realized in this early state.

Currently, No Place For Bravery is slated for a 2021 release on PC and Switch. Ports to other platforms aren’t ruled out, but nothing is concrete.