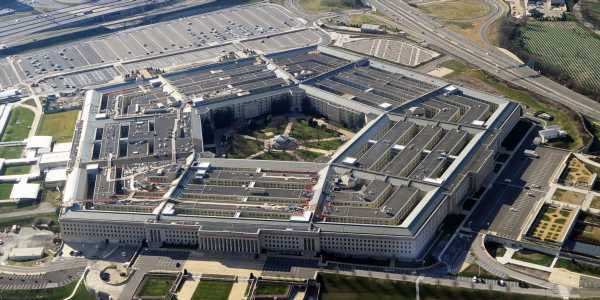 Where does your enterprise stand on the AI adoption curve? Take our AI survey to find out.

The U.S. Department of Defense (DoD) has canceled its nearly two-year-old $10 billion JEDI cloud computing project with Microsoft, saying on Tuesday that “the landscape has evolved” and vowing to pursue a different cloud deal with Microsoft, Amazon, and possibly more cloud service providers.

The Joint Enterprise Defense Infrastructure (JEDI) project had been mired in legal challenges and conflict-of-interest concerns since its inception in October 2019, when the Pentagon and Microsoft signed a $1 million cloud computing contract that was supposed to kick off a $10 billion, 10-year project. Amazon, which lost the JEDI bid to Microsoft, alleged in a lawsuit challenging the decision that the Pentagon’s selection of Microsoft had been unduly influenced by politics.

At the time of the contract signing, reports suggested Amazon believed then-President Donald Trump’s animus toward Amazon founder and CEO Jeff Bezos had affected the award process. Other bidders, such as Oracle, also raised concerns about conflict-of-interest issues involving a former Amazon employee working on the project at the DoD, while then-Defense Secretary Mark Esper removed himself from the review process because his son worked for IBM, an original bidder for the contract.

In announcing the cancellation of JEDI, Pentagon chief information officer John Sherman said on Tuesday that a new cloud computing initiative called Joint Warfighter Cloud Capability (JWCC) would be a five-year project with spending “in the billions,” according to the Associated Press.

He said Microsoft and Amazon would “likely” be contracted to build JWCC and that Google, Oracle, and IBM might be part of the project as well.

Sherman did not cite JEDI’s legal challenges as a reason for scrapping the project, which was launched two years ago to modernize the storage and processing of the Pentagon’s huge amounts of classified data and to incorporate artificial intelligence for war planning and fighting.

“With the shifting technology environment, it has become clear that the JEDI Cloud contract, which has long been delayed, no longer meets the requirements to fill the DoD’s capability gaps,” the Pentagon said in a statement.

In statements reported by the Associated Press, Amazon and Microsoft addressed the Pentagon’s JEDI decision. Amazon praised the decision and “reiterated its view that the 2019 contract award was not based on the merits of the competing proposals.”

Microsoft said it “understand[s] the DoD’s rationale” and “support[s] them and every military member who needs the mission-critical 21st-century technology JEDI would have provided.”

“The DoD faced a difficult choice: continue with what could be a years-long litigation battle or find another path forward,” the company said.