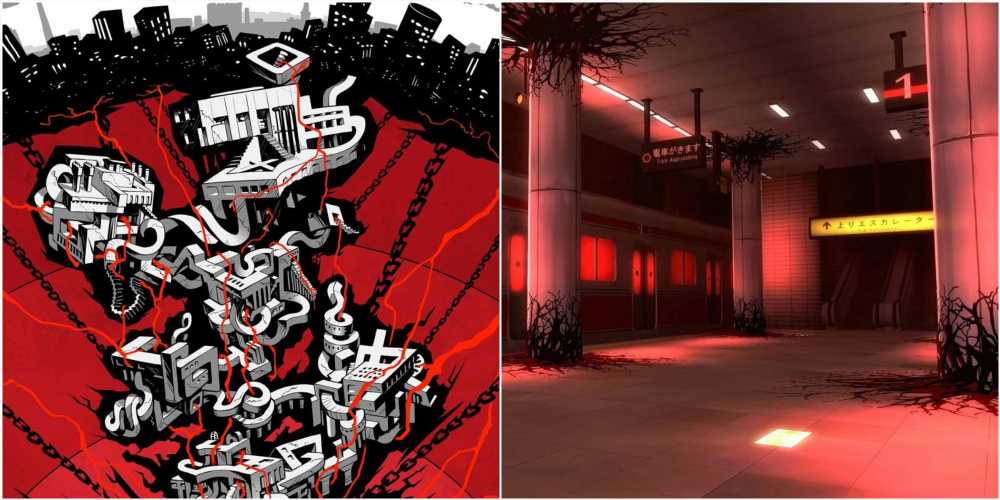 While Persona 5 Royal might be your first introduction to the Persona series and Shin Megami Tensei as a whole, you learn early on the importance of Mementos. Morgana, your faithful cat companion, turns into a bus and drives you and your team around an upside-down version of the Tokyo subway system. Because of course that’s what happens in this JRPG.

New floors of Mementos unlock as you progress through the Palaces, and it’s advisable to stay up-to-date with your requests. In them, you encounter shadow versions of the people whose hearts you're trying to change, like mini-Palace fights.

The requests you’ll be given range from cake walks to proper challenges, helping everyone from strangers around Tokyo to personal friends. We’d like to take a look at some of the requests that stuck with us even after we changed the hearts of Japan. 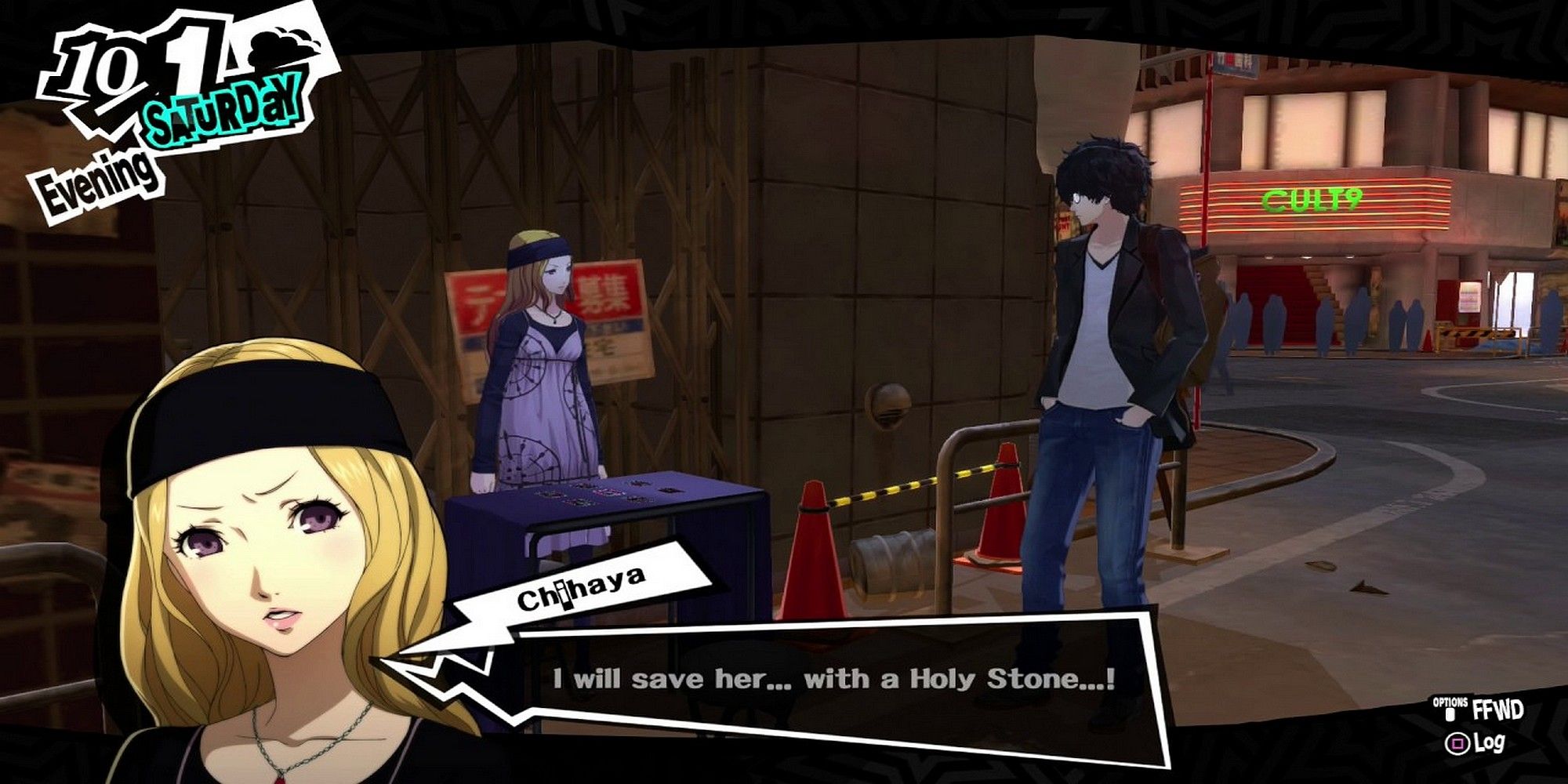 You won’t meet Chihaya Mifune until you unlock Shinjuku, and even then, you have to spend a lot of money and talk to her multiple times before she unlocks as a confidant. When she does, you’ll take on the task of visiting Mementos to stop her customer's boyfriend that isn't exactly kind to his partner.

Defeating him with Psio attacks changes his heart about the relationship, to Chihaya's surprised delight. At max rank, she’ll allow you to preview confidants' abilities. Of course, there is the internet for that, but for a game info-only playthrough, her quest is a must.

9 Fighting For The Truth In Journalism 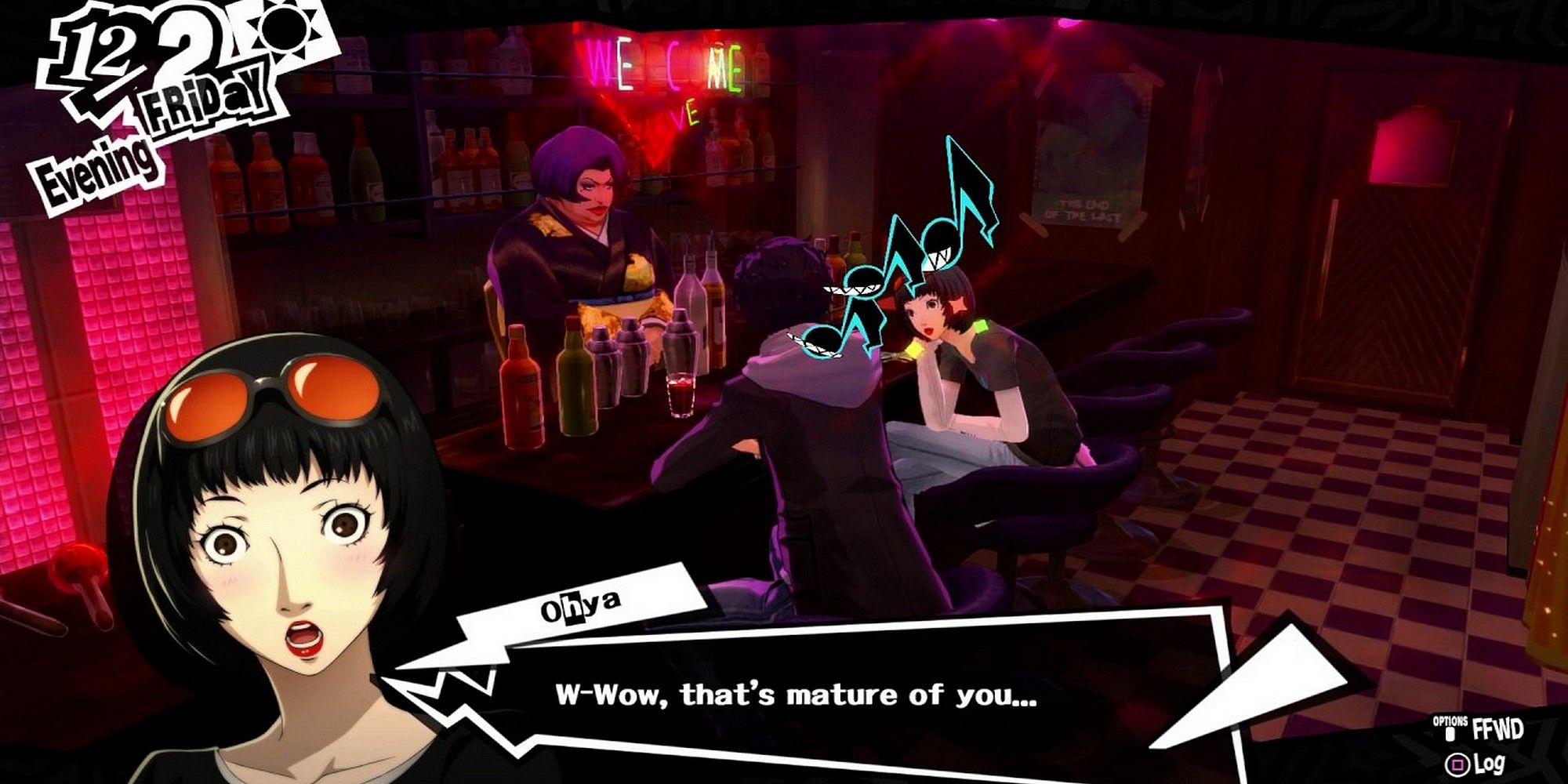 Ichiko Ohya, the salacious journalist, pops up several times, but she’s not a necessary confidant to level. At max, her ability is tampering with Palace security, making it drop to zero overnight if you’re doing the Palace over multiple days.

But regardless, her story is compelling: your Mementos request from her involves changing the heart of her editor, so he stops concealing the truth in her journalism. He’s weak to Wind, absorbs Electric, and blocks Psio, Nuclear, and Bless completely. Best him to help Ohya tell the story she needs to tell, even if that means sullying the name of the super-powerful Masahiro Shido in the process.

8 Shady Deal In The Shadows 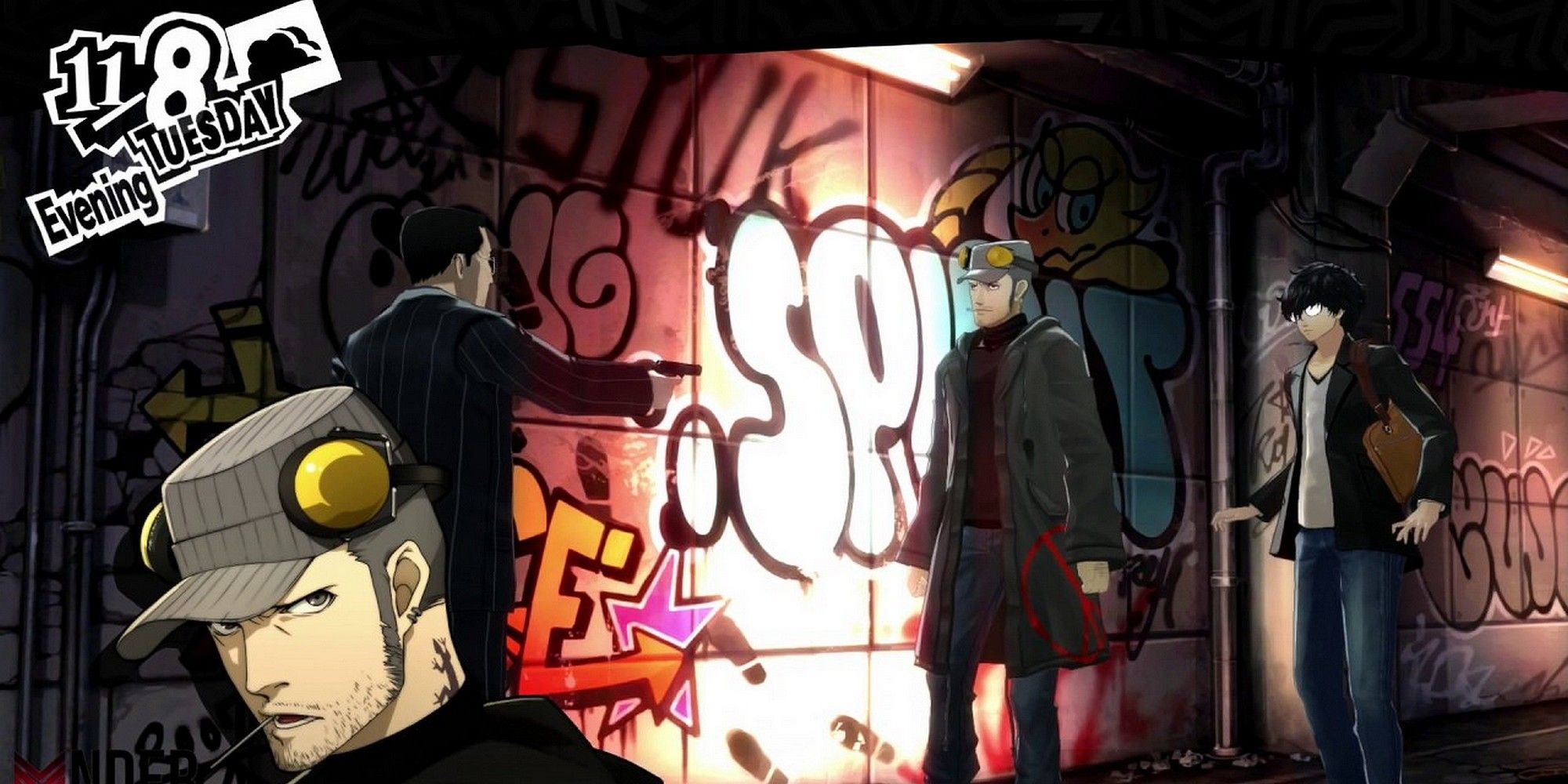 Munehisa Iwai is a tough nut to crack – he’s the former yakuza who owns the gun shop, and you’ll have to have Level 4 Courage before you can even attempt a friendly chat.

Once you get to know him, though, you’ll learn that he has an adopted son named Kaoru, and that his brother has him over a barrel (if you’ll pardon the pun) doing shady gun improvements for international shipment. Head into Mementos for a straight-forward fight with the brother to spare Iwai. Increasing his confidant level allows for better gun customizations, with customizable special-grade guns being his max confidant gift to you. 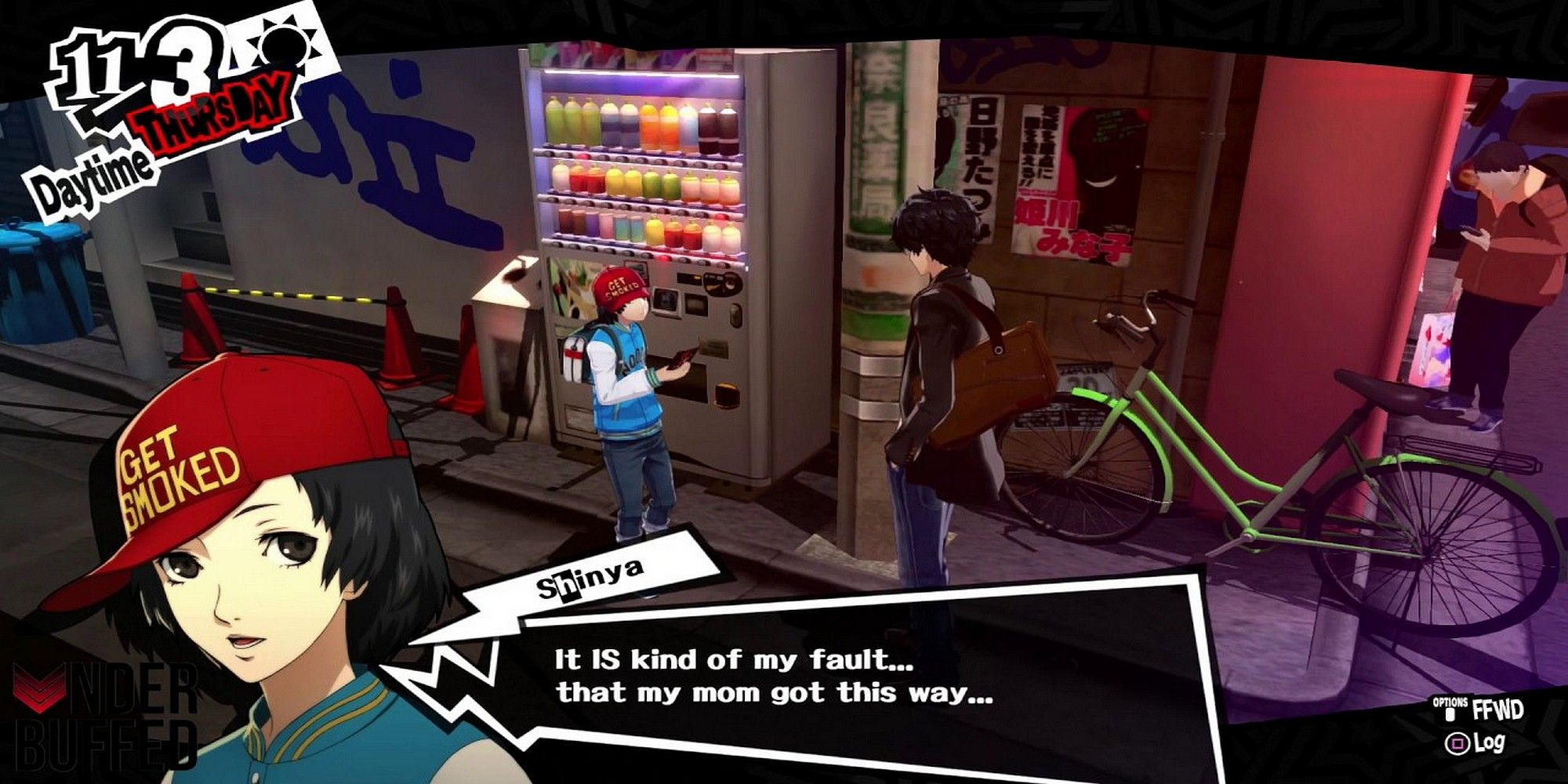 You meet Shinya Oda when investigating a cheater who’s sucking the fun out of the arcade games in Shibuya. You can’t beat the cheater in Mementos the first time because, of course, he’s cheating here as well. You head to arcade to seek out training from Oda, the child shooting game prodigy.

His mom, however, isn’t quite so cool – she's the real bully in Shinya's life, and threatens to call the cops on you if you don't leave her son alone. Change her heart in Mementos with some Fire attacks, and you’ll be able to max out Shinya’s confidant. At his highest level, he makes your Gun attacks ignore resistances, hitting your enemies regardless.

6 A Teacher Maid To Suffer 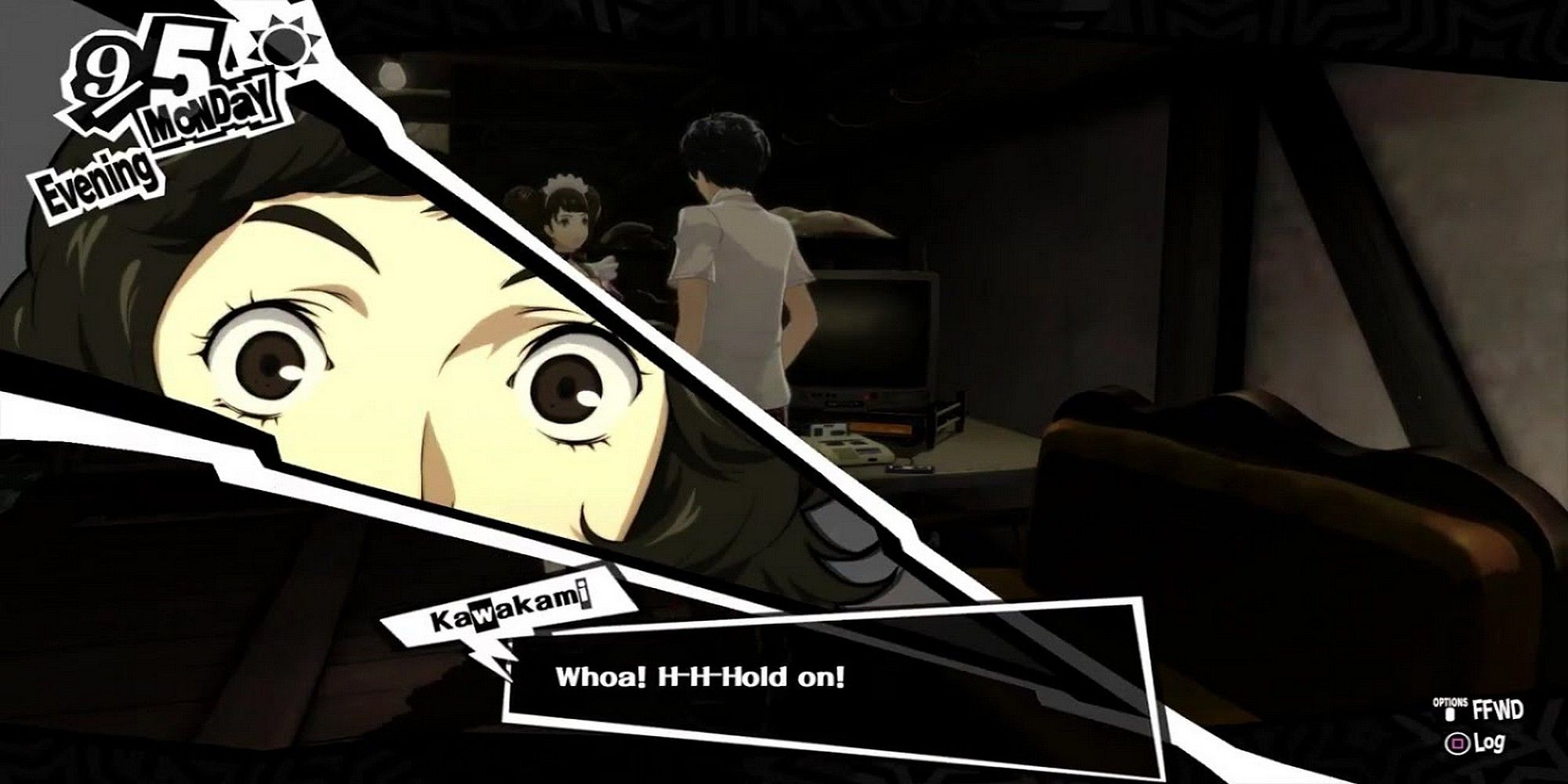 Your relationship with your high school teacher is… interesting. Let’s forget for a second that she can date a student and focus on her confidant – you’re able to befriend her when you find out she’s got a side hustle working as “Becky” the maid.

Her reason for the gig is a little sad, being extorted for money by the family of a former student of hers who died. It’s up to you to change their hearts in Mementos, where the woman is weak to Fire and the man is weak to Psio. Defeating them lets her focus on teaching full-time, but at her max confidant, she’ll still come to Le Blanc to “massage” the protagonist after a Palace, permitting an extra nighttime activity that day. 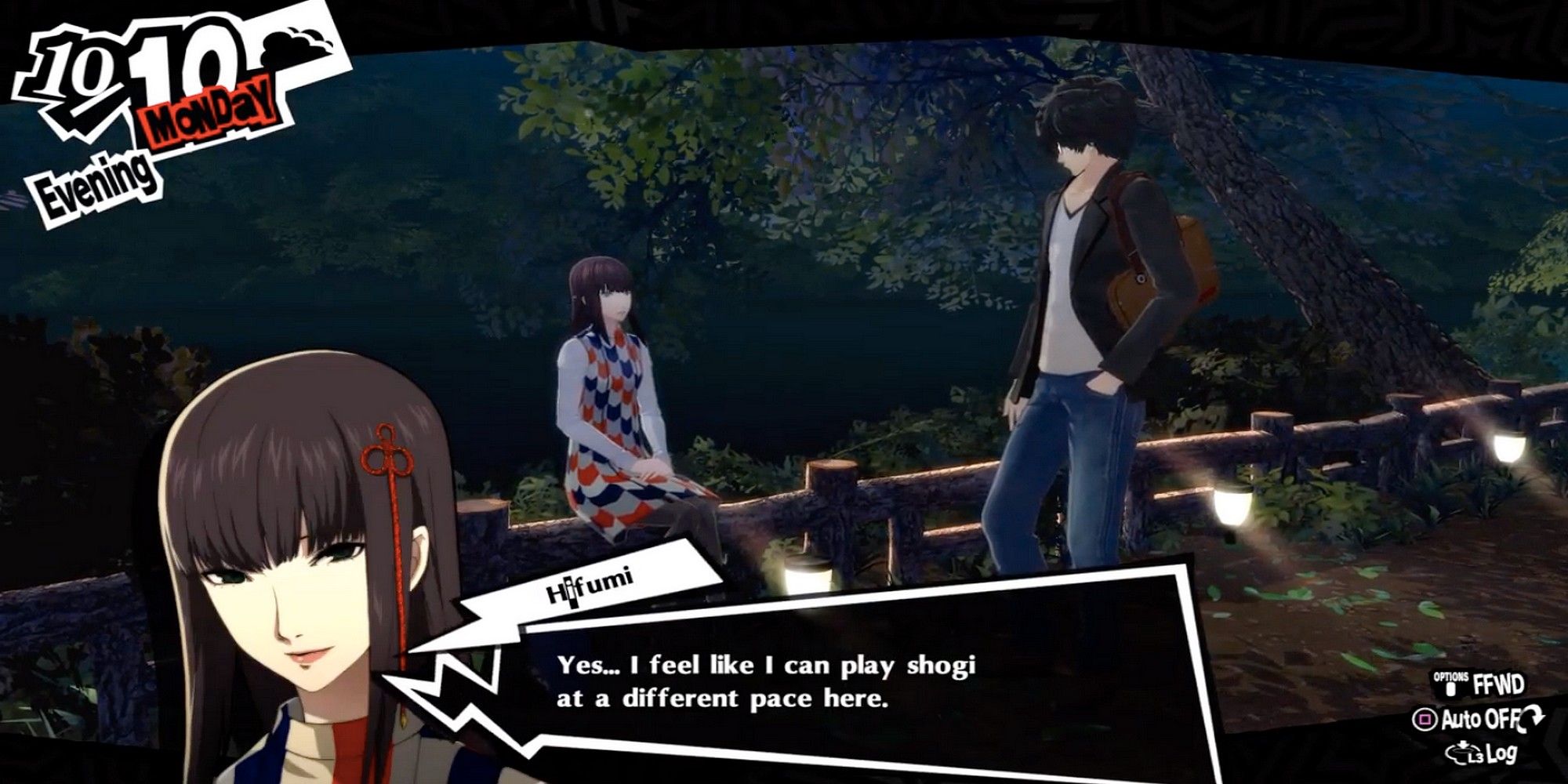 With Level 3 Charm, you can introduce yourself to Hifumi Togo, who you can find at the church in Kanda. Whether you date her is up to you, but she’s worth maxing out regardless because her final ability is too good not to have, especially as you advance past Christmastime.

She discovers that her mother has been fixing her Shogi matches in order to make her the champion. Hifumi can’t stand up to her, so the protagonist heads into Mementos to change her heart. Her weakness is Bless, and she blocks or is resistant to most other kinds of elemental attacks. However, if you beat her and max Hifumi’s confidant, she’ll allow your party members to switch out mid-battle, great for when they’re really injured. 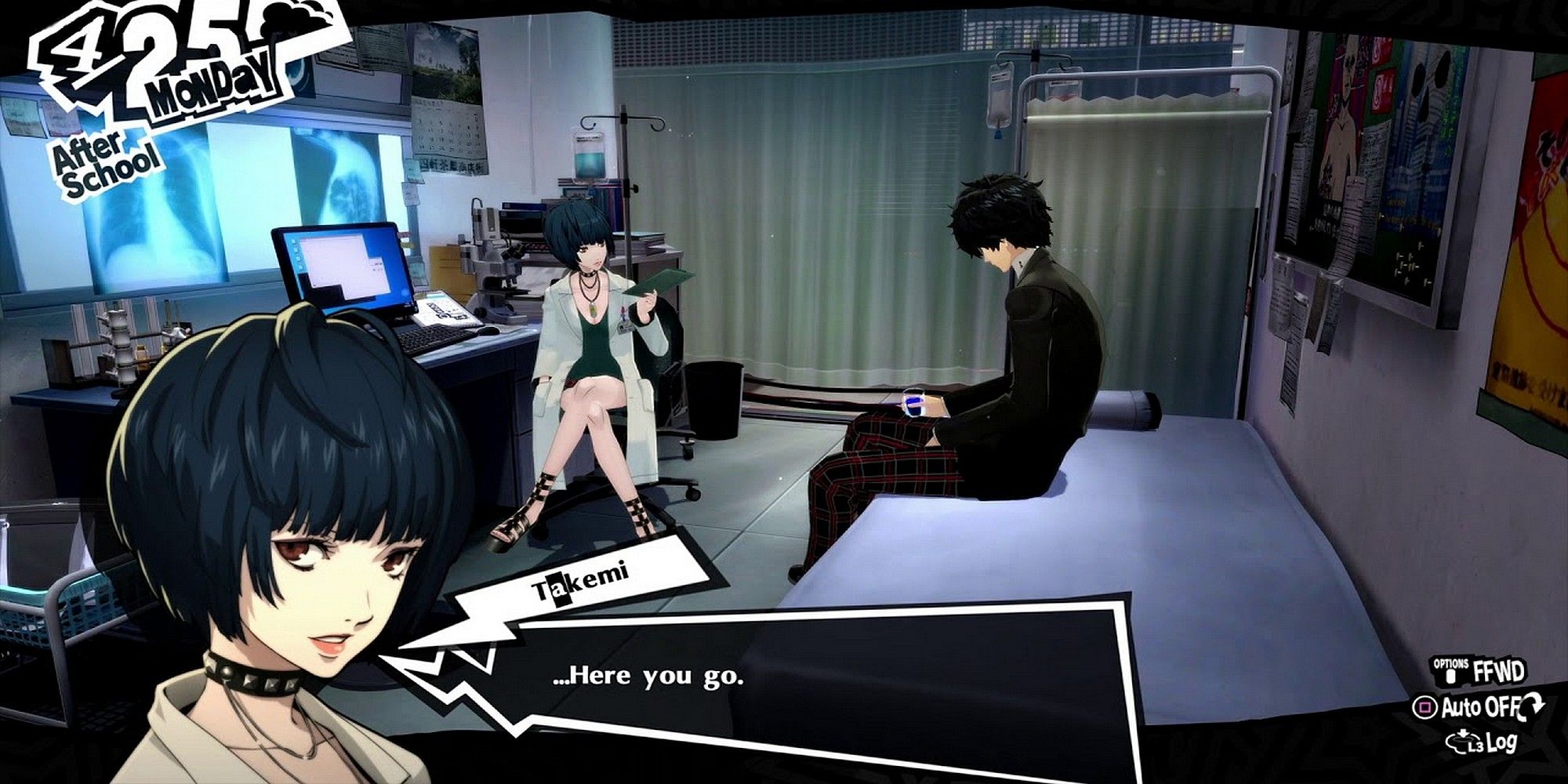 Your confidant ranking with Tae Takemi, the doctor who runs the clinic in Yongen-Jaya, is beneficial for a lot of reasons. You meet her early on, which makes her easy to max, and it’s advisable to do so since her in-store inventory only gets better with each rank.

Unfortunately, not everyone appreciates her medical prowess. The Chief of Staff at her former hospital messed up one of her drug trials but blamed her for it, tarnishing her reputation, so you’re responsible for going into Mementos to change his heart. You can romance her, too – just don't think about how much older she is. 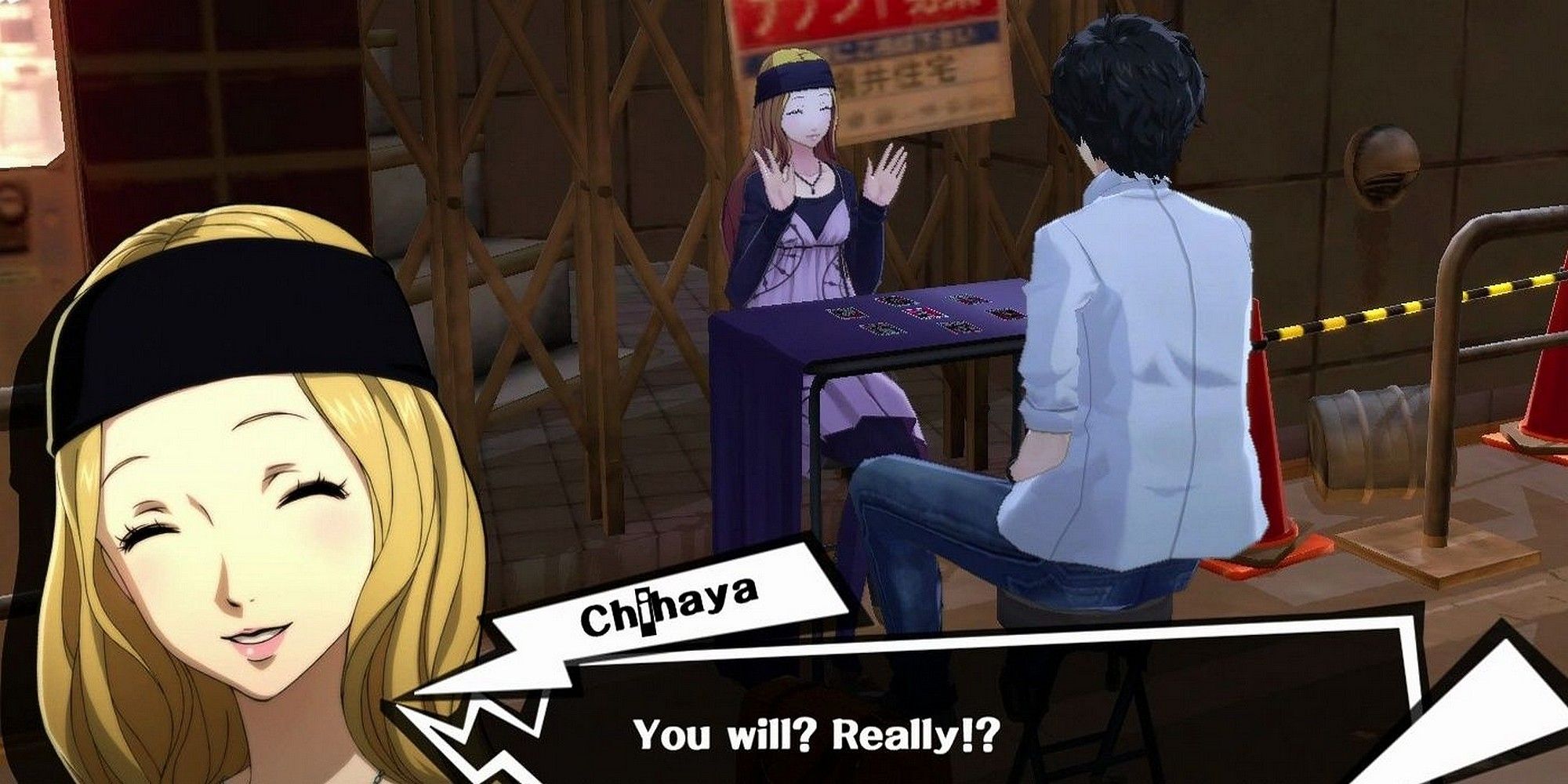 We find Chihaya Mifune once again on this request, but this time, it's personal. Eventually, her progress with fortune-telling attracts the attention of her superiors, whose motives are completely corrupt. You’ve already sunk ¥100,000 into getting to know her, and you learn that Fukurai, the chairman, is the one behind the fake stones Chihaya sells.

So you go into Mementos to change his heart, because nobody should have to waste that kind of cash on a sham product. Once he’s been defeated with Ice attacks, not only does Chihaya appreciate the help, but you even get your money back. 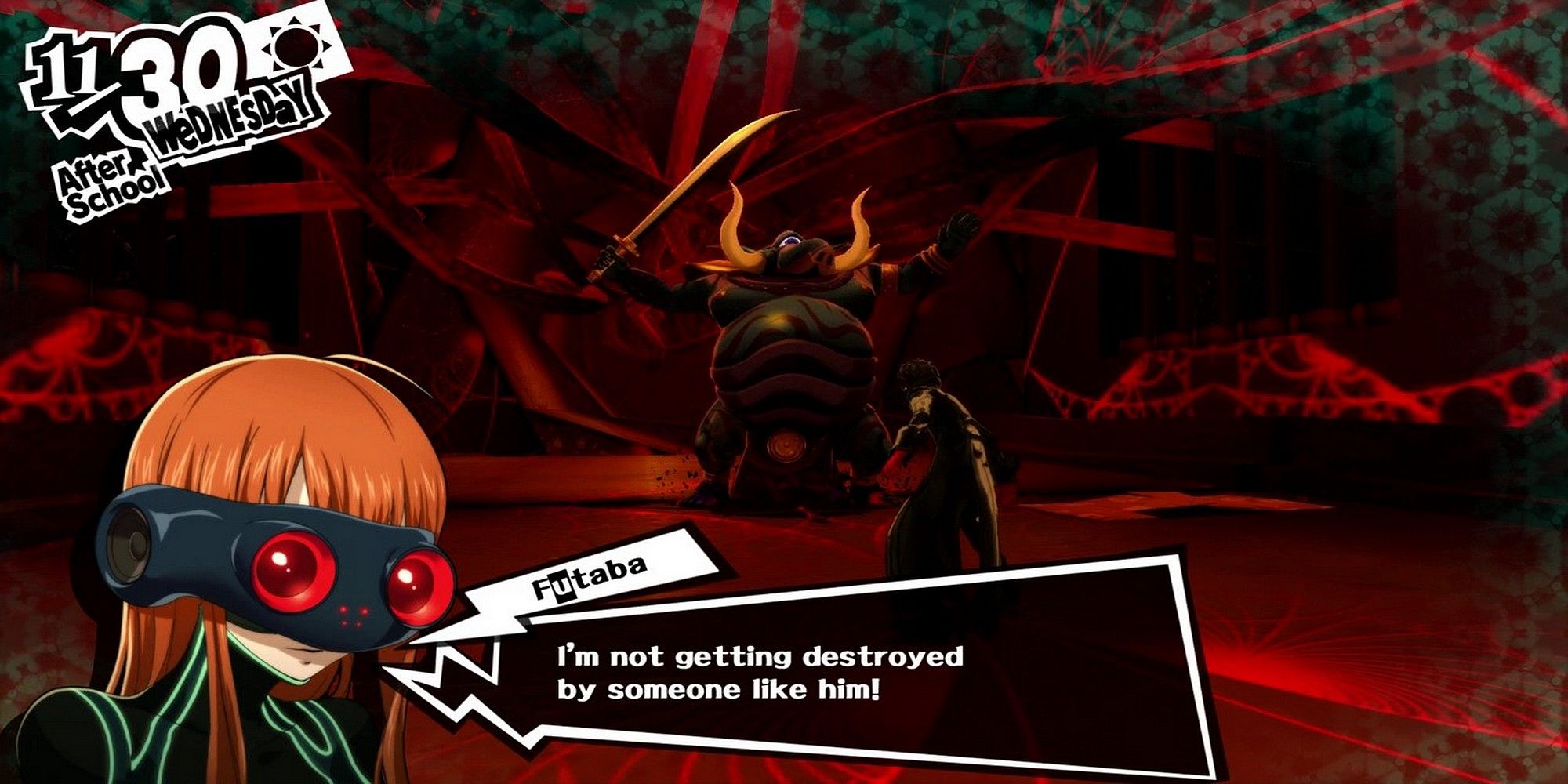 Although this request deals with Futaba, you’ll need to unlock it through Sojiro as part of the Hierophant confidant. This request is unique in that you go it alone, without your party to back you up. But when someone is risking Futaba’s comfort and stability, there’s not much the protagonist wouldn't do to help.

Her shadow uncle, who had been abusing her before surrendering her to Sojiro in exchange for money, has no weaknesses, but at least bringing a Persona that takes Physical damage well should help. Additionally, Confuse him, and Psio attacks will hit regardless of his imperviousness. Make sure your health is okay and chip away at him to help bring peace to Futaba and Sojiro at last.

1 Most Of What Levels Up Mishima's Confidant Ranking 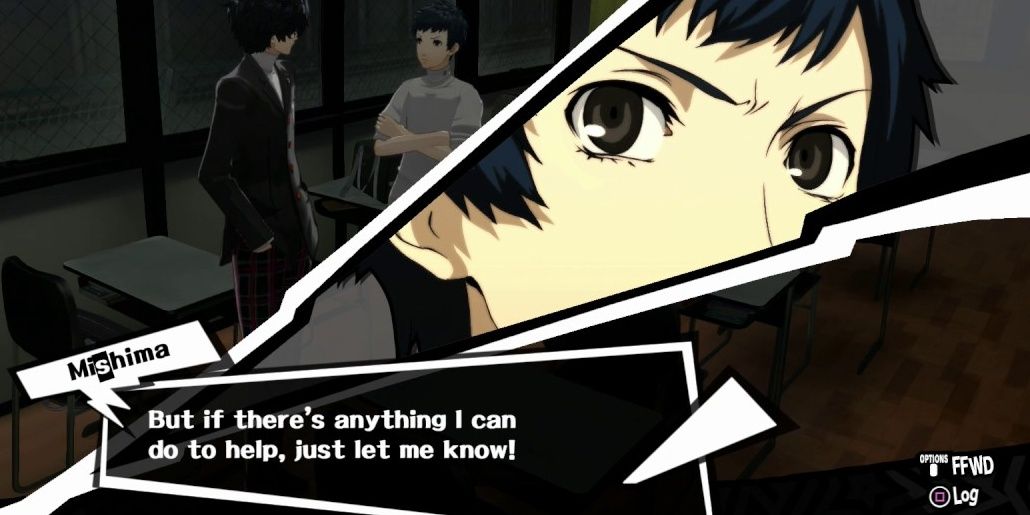 Fans of Persona seem divided about your awkward and avid supporter, Yuuki Mishima: he’s either a good boy who just wants to help, or a whiny pain in the ass. Say what you will about him, but he’s the source of more than a dozen of Mementos requests, many of which contribute to his confidant ranking.

We gave him the top spot because he’s a very useful confidant to level, especially if you’re switching your party out between Palaces. At full rank, he’ll give you the ability to have inactive party members who are waiting outside earn EXP as well. Additionally, most of the requests he gives you lend to his confidant ranking anyway. A good source of quests, AND a helpful ability? Thank you, Mishima.