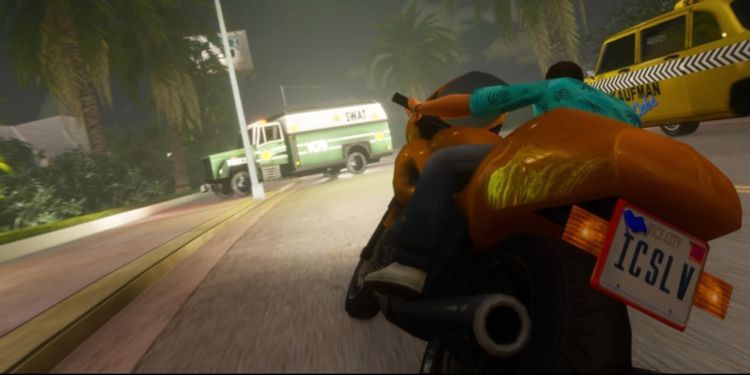 Grand Theft Auto: The Trilogy – The Definitive Edition will not only go down in history for having the most convoluted name for a collection, but also for being the polar opposite of what its name suggests. The collection – which was poised to be a triumphant return to Liberty City, Vice City, and San Andreas in higher fidelity – was universally panned for the sheer amount of bugs and glitches it contained, while looking worse than the originals.

While most are done and dusted with the game, Nintendo Switch owners who were waiting for a physical release will finally be able to get their hands on it on February 11. Nintendo confirmed the news via several of its regional Twitter handles, including the one for Nintendo of America. While the game was already available on the Nintendo eShop to download digitally, many Switch owners decided to wait it out for the physical copy due to the console's limited storage space.

Unfortunately for them, it seems the physical copies will also require some kind of additional download according to a label on the cover. Considering that the size of the digital edition comes to 25.4GB and the Switch only has 32GB of storage space, prospective customers have been left in a lurch. We'll only learn how big the additional download will be once the physical edition launches next month.

Despite being a remaster for all intents and purposes, GTA Trilogy had to undergo a series of updates to improve it's visual fidelity and fix the numerous bugs it contained. However, Take-Two CEO Strauss Zelnick is under the impression that despite the severe backlash, it was only a minor glitch.

"With regards to the GTA trilogy, that was actually not a new title," he said in a recent interview about the acquisition of Zynga. "That was a remaster of pre-existing titles. We did have a glitch in the beginning, that glitch was resolved. And the title has done just great for the company. So we’re very excited. We have an amazing pipeline going forward. Zynga has an incredible pipeline going forward. And together, we think we can do a whole lot more than what’s already been announced."