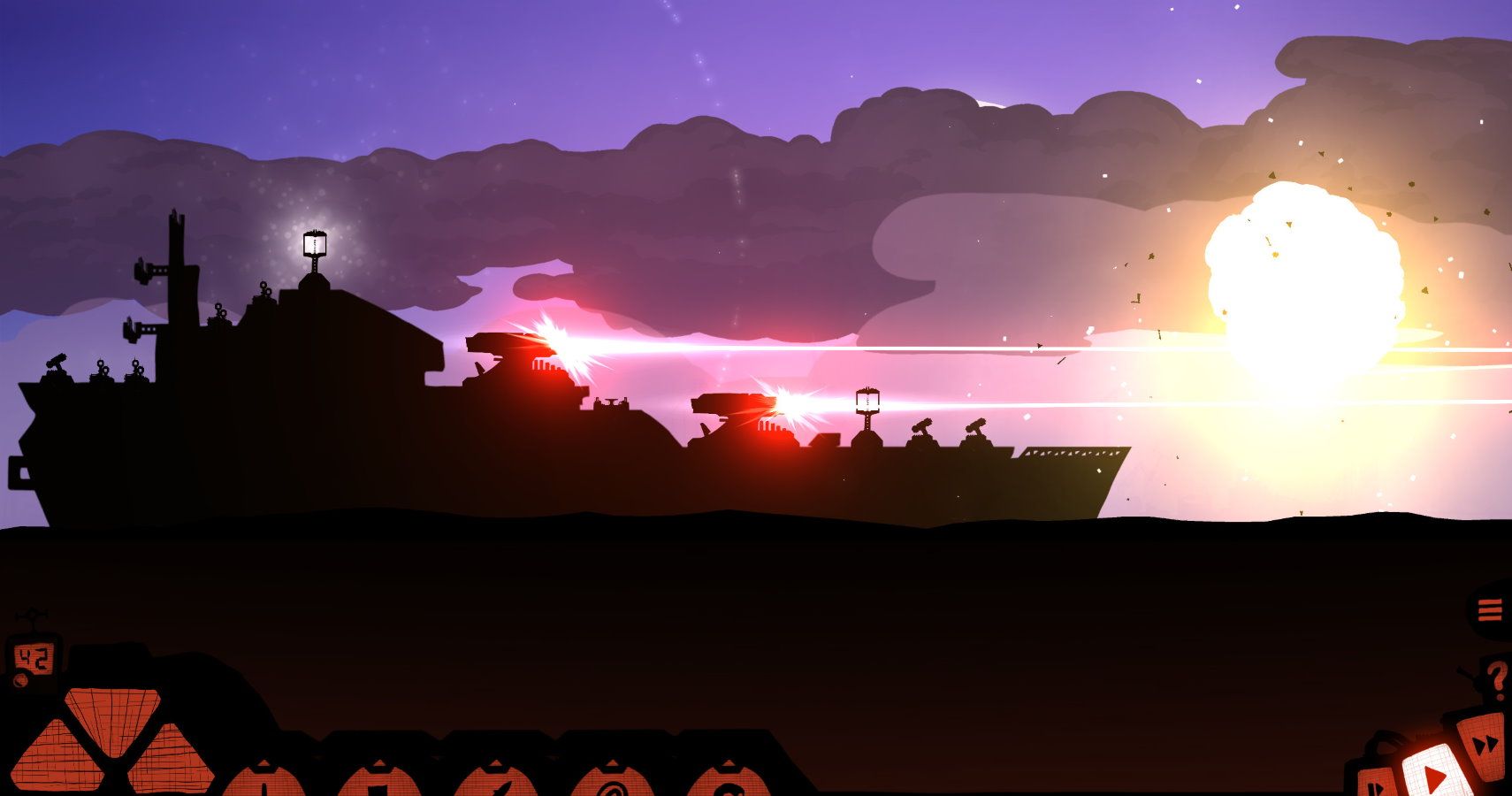 Battlecruisers is a real-time strategy game where you face off against dramatic silhouettes of naval vessels in deadly combat.

Textures are hard, so what if you just got rid of them entirely? That’s basically what New Zealand game devs Mecha Weka did with Battlecruisers, their debut game about AI-controlled navies duking it out in a post-apocalyptic water world.

Everything in Battlecruisers is just a dramatic silhouette, making the whole game appear like you’re playing during a never-ending sunset. But while the ships, drones, frigates, missiles, and more are all just black shadows, the time that could have been spent dealing with things like lighting and textures was spent elsewhere. Battlecruisers’ explosions look great, with water and destruction effects that belie its humble appearance.

In Battlecruisers, the world has ended. Humanity is extinct, and all that’s left are intelligent robots that rule the rising seas. Yes, it’s Water World, but instead of a plucky group of mutant humans controlling the world, it’s all controlled by sentient AI. 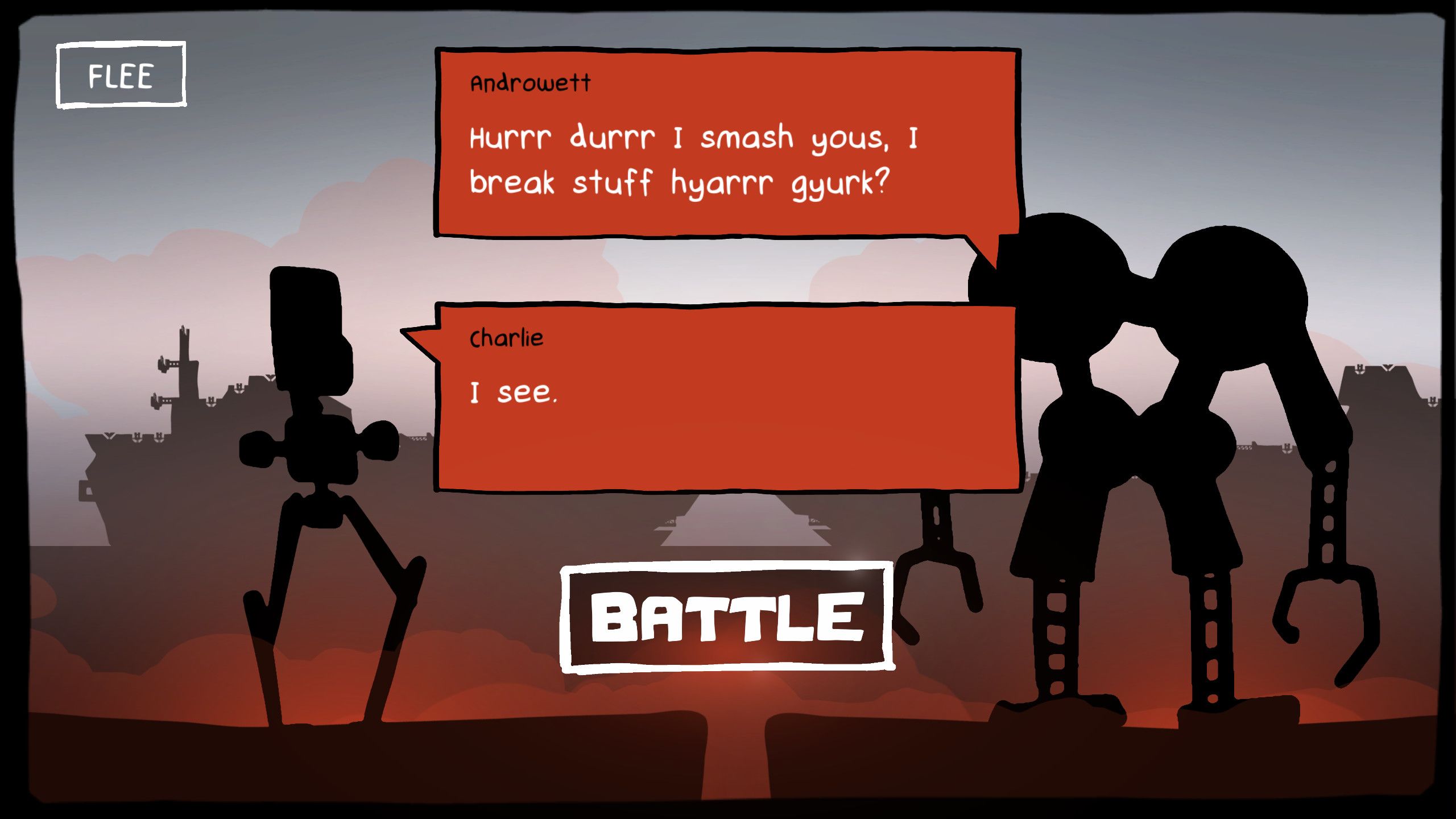 You play as Charlie, a utility robot that accidentally stole a titular battlecruiser and took it for a pleasure cruise. This pissed off the ruling robot government, which promptly sent its entire navy after you.

To defend yourself, you’ll build up your battlecruiser with a ton of weapons and defensive systems, including artillery, lasers, shield generators, cloaking fields, drones, boosters, and ultra-weapons like nukes and death-star satellites. There’s also over 30 structures to build your battlecruiser just the way you like it.

Battles are real-time, side-scrolling fights against an AI opponent. They’ll launch all their missiles, drones, and torpedoes at you, while you respond in kind. Whoever survives gets to fight another day. The controls are relatively simple as Battlecruisers not only just released on Steam but also Android and iOS devices. Just tap to launch your attacks, and click and drag to customize your ship in between battles.

As a mobile slash casual game, you don’t need a lot of PC power to get Battlecruisers up and running. Just a gig of storage and you’re off to the races.

There are few reviews on Steam for Battlecruisers so far, but those reviews are almost universally positive. Best of all, Battlecruisers is 20% off right now on Steam.