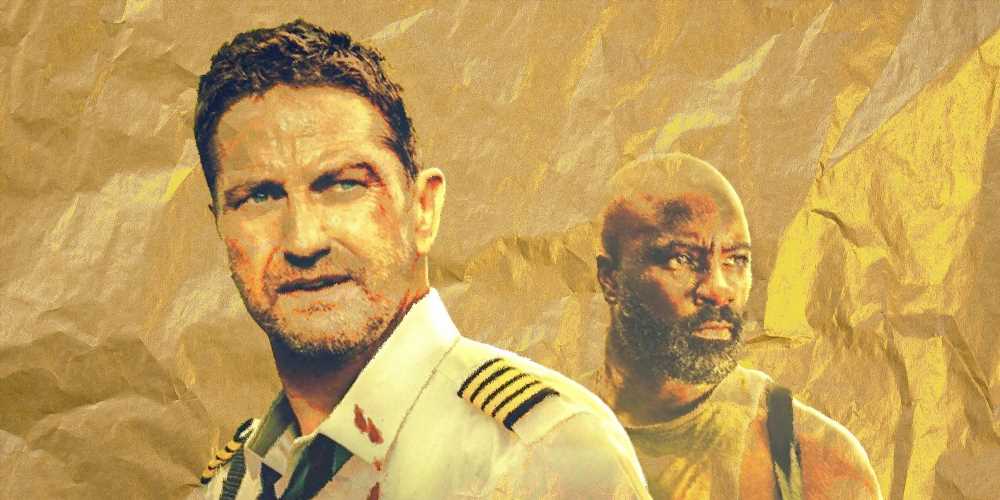 Plane, Gerard Butler’s new action movie, has gotten a lot of attention online because it seems kinda dumb. Butler is the king of schlocky action movies, and it was released in early January, which has a reputation for being a dumping ground for movies that studios want to quietly slide off their slate. What’s more, the title became a meme because in its simplicity, it seemed to leave out the more important aspects of what drives its story's action, i.e. that the titular plane crashlands on an island in the Philippines run by militias.

Given all of that, I was surprised by how quickly Plane won me over. It's smarter than anyone gave it credit for.

In the movie, Butler plays Brodie Torrance, a commercial pilot for the fictional Trailblazer Air who's making the last flight of the year before heading to Hawaii to celebrate New Years Eve with his daughter. The movie uses this set-up well to gradually introduce its characters. Once Butler gets on the plane, we meet his co-pilot, Samuel, and then the rest of the notable passengers. The first is Louis Gaspare, a prisoner being extradited on homicide charges, and the officer tasked with transporting him. 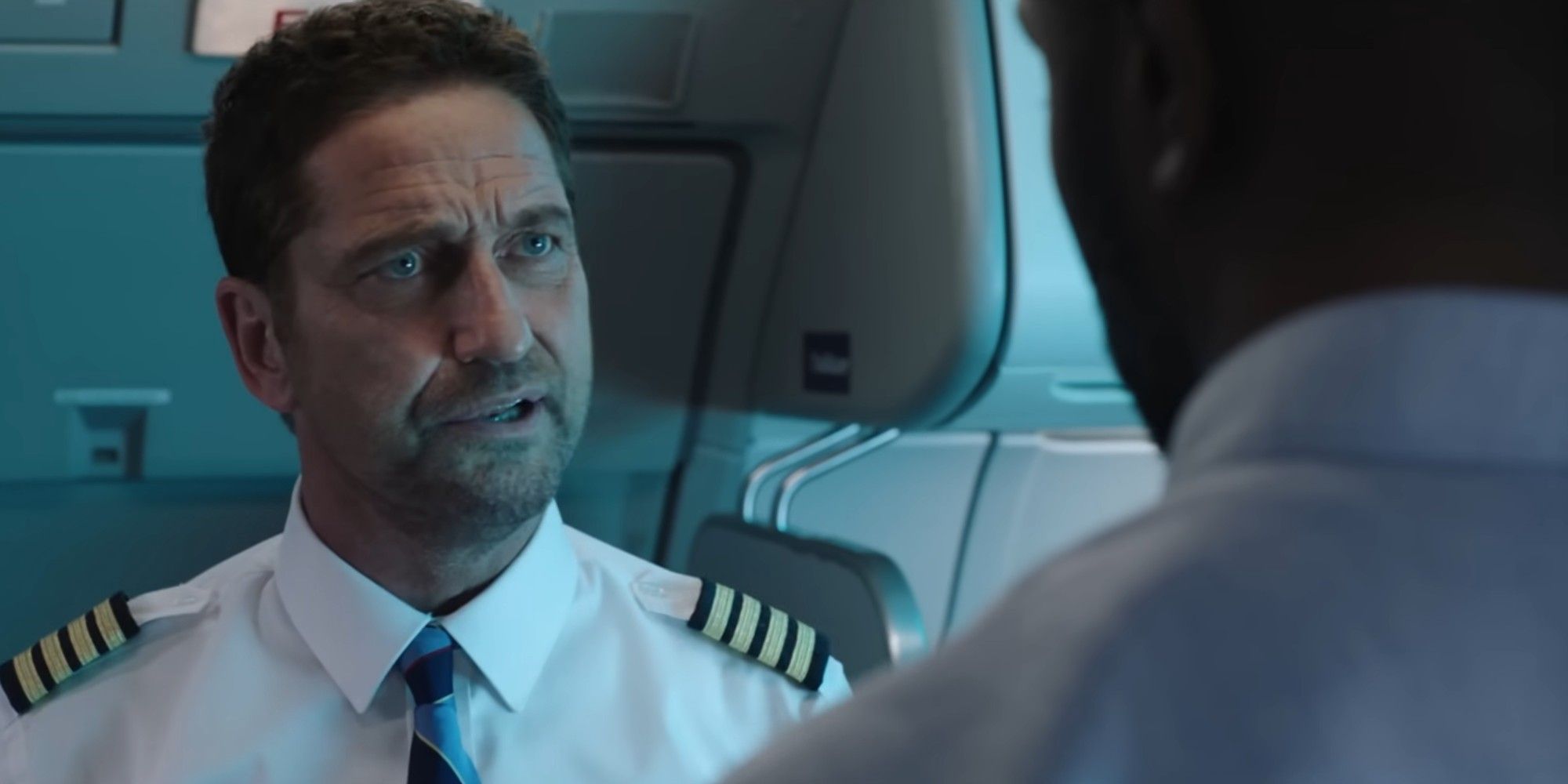 After Gaspare, we briefly see the other passengers boarding the plane, each of whom will play a role once the plane goes down. The movie uses this calm before the storm to deftly characterize Torrance, Gaspare, and key passengers in small ways.

Torrance's backstory isn't anything novel. His wife died and he's a single parent to his adult daughter. It isn't groundbreaking stuff — "dead wife" is often a shortcut to pathos for gruff male characters — but Butler really sells it. You can see the pain in his eyes as he communicates Torrance's past to Samuel. Butler made his name in fairly simplistic roles like King Leonidas in 300, but he elevates the material here, making Torrance a believably sensitive everyman.

How the passengers react to Torrance and how they treat the service staff communicates a lot about each of them in a short amount of time. By the time they crash land, you understand each character’s personality, at least in the broad strokes. Joey Slotnick, who plays an impatient businessman, is particularly good during this set-up, rolling his eyes at Torrance's preflight jokes and snarking (something along the lines of), "He can crack jokes, but can he fly the plane?" when the flight first encounters turbulence. Because we know where the story is headed — this is an action movie, after all, this isn't going to be a peaceful plane ride — this introduction gives us time to assess how much of a problem each of the characters will be when shit hits the fan. 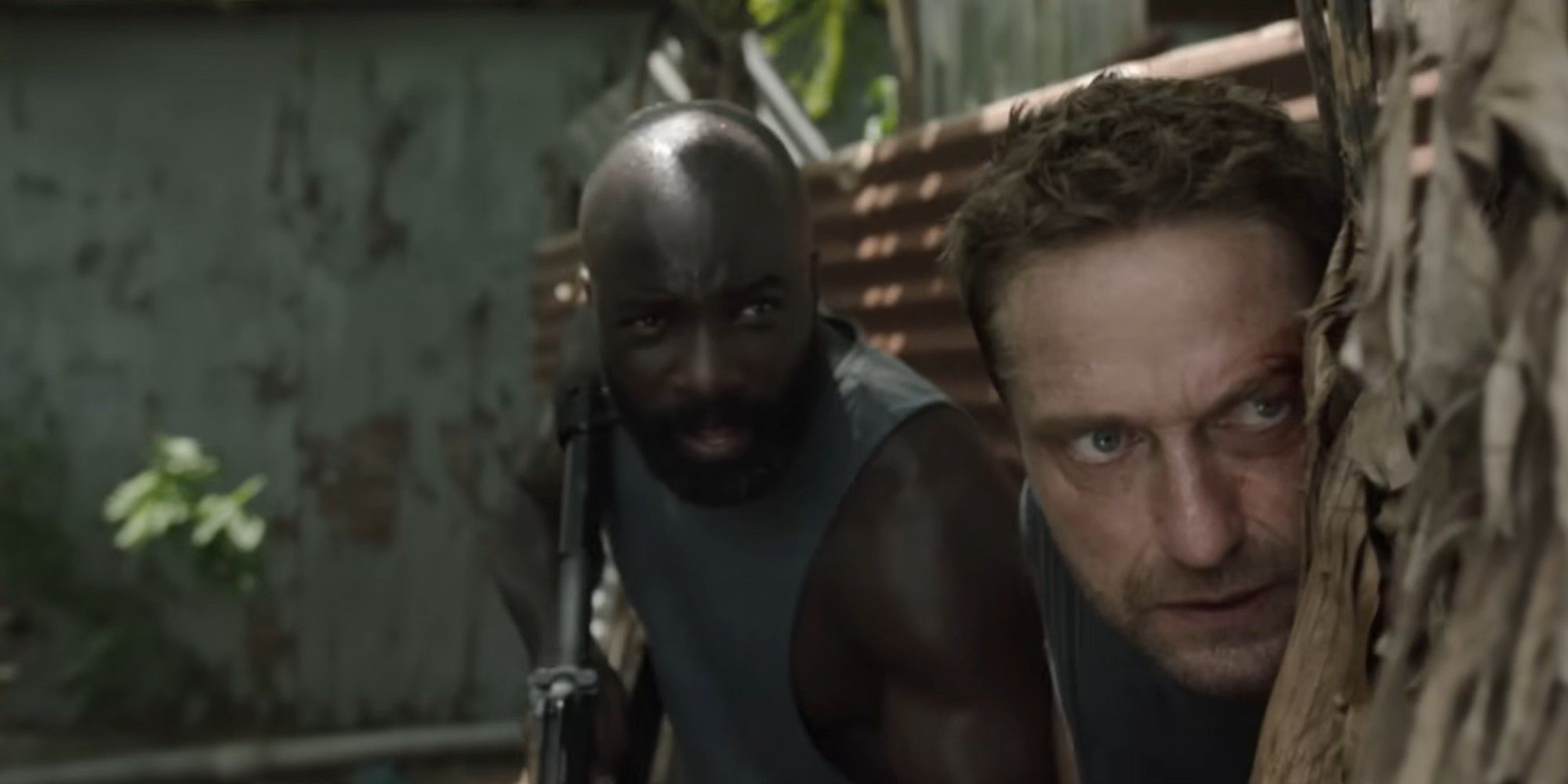 The movie doesn't spend quite enough time on its central dynamic. Torrance and Gaspare end up working together, but when Torrance asks Gaspare to come with him after the crash, we don't get a good sense of why he makes that choice. And, when Gaspare comes back to save Torrance from the militia members tracking him, we similarly are left to wonder what his reasoning was. Torrance's daughter, similarly, isn't much of a character.

But, the movie does a good enough job sketching Torrance, and showing us the way his passengers respond to him, that it doesn't really matter. We trust him behind the wheel of the plane. And that's the name of the movie, after all.