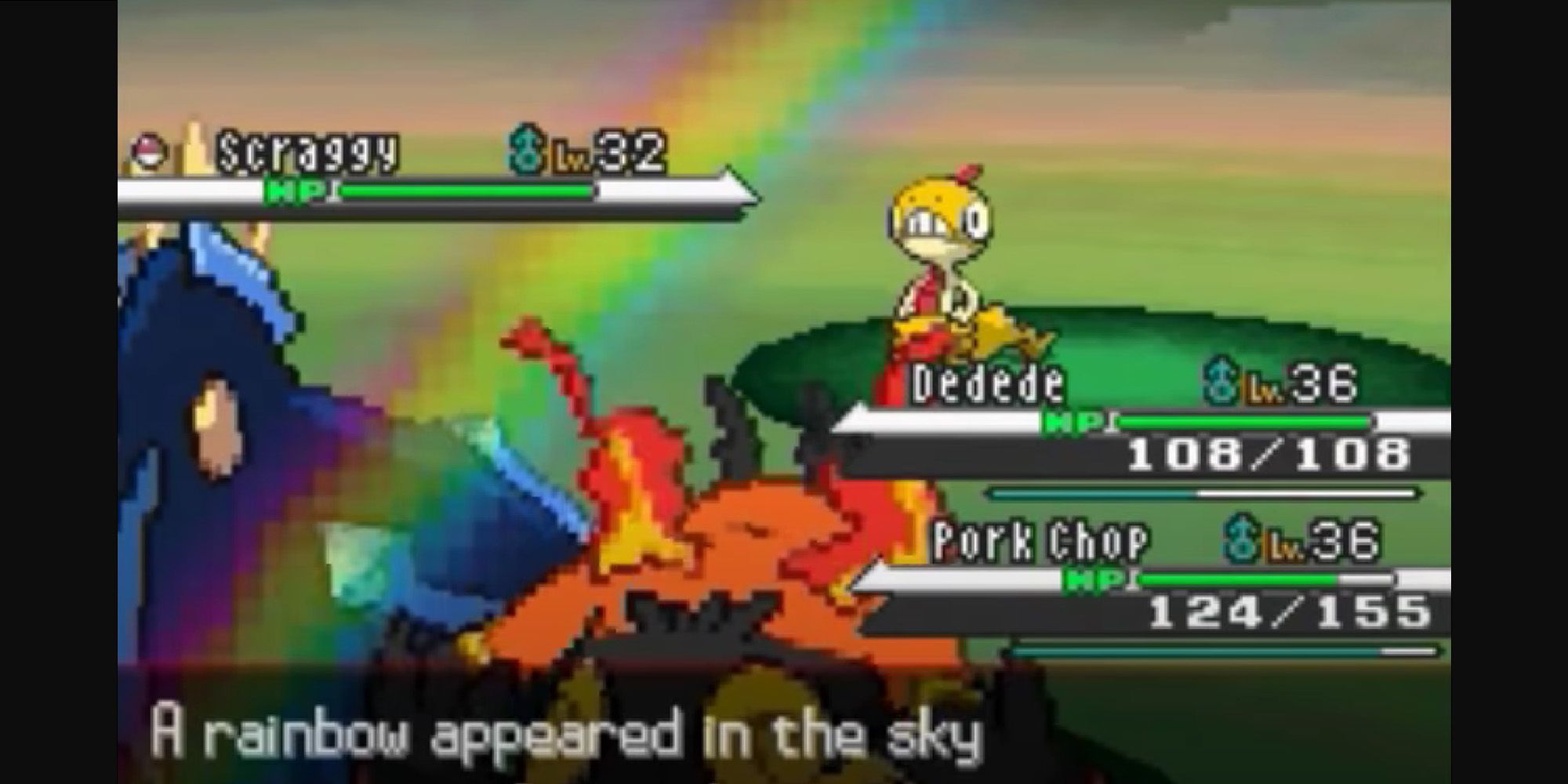 Weather effects were introduced in Pokemon Generation II and have been a mainstay in the series ever since. They have been used as battle mechanics, and as a way to aesthetically change the landscape. So far the series has introduced Rain, Hail, Harsh Sunlight, Sandstorm, and even Fog as weather conditions that affect battle conditions.

Most players will focus on Rain when planning a weather-based team and while Rain is arguably the most powerful offensive weather condition, to ignore the others is a detriment to your victory counter. He who controls the weather controls the narrative in Pokemon, so take the time to learn all you can about how weather can be used in each Generation. 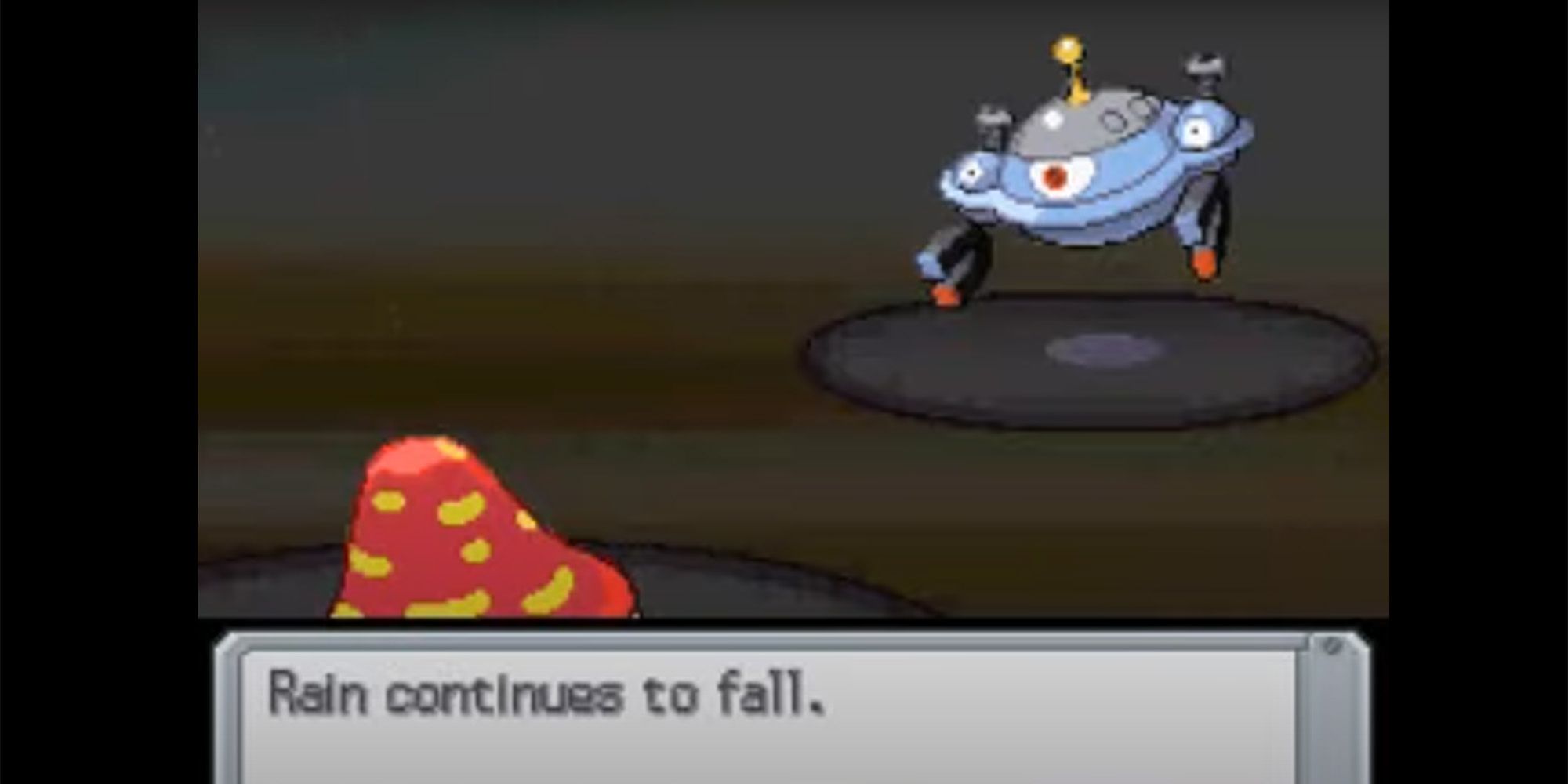 This strange glitch weather only occurred in Pokemon Platinum, Heartgold, and Soulsilver. This weather would take effect if any weather was already occurring, and a Pokemon tries to switch out but faints from the move Pursuit. If this happens, all weather effects will happen at once, damaging every Pokemon on the field four times at the end of every turn. Even normally weather immune Pokemon suffer the damage and this effect lasts for the remainder of the battle.

Though this effect is rare, and often to the detriment of all players, there is a way for this glitch to be abused. If a Pokemon has an Ability such as Dry Skin or Ice Body that would heal them from a weather condition, that Pokemon will instead be healed four times per turn rather than damaged. 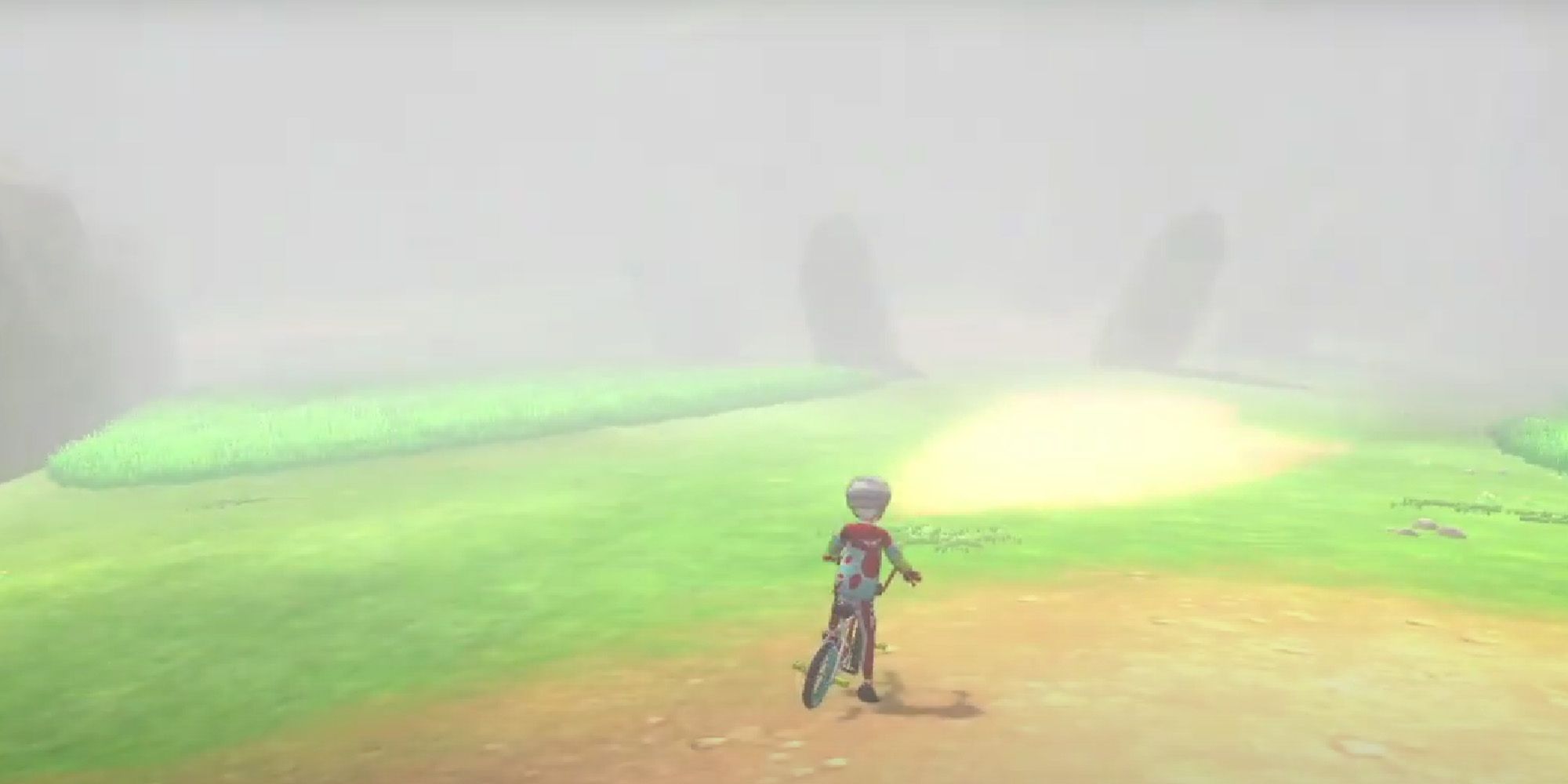 While weather affects accuracy it is only for certain moves. The moves Hurricane, Thunder, and Blizzard all start at a base accuracy check of 70 percent. The accuracy of these particular moves can be raised by certain weather conditions. Rain raises Thunder and Hurricane's accuracy to 100 percent, while Hail does the same for Blizzard.

Conversely, certain weather conditions can severely limit the accuracy of these moves. Harsh Sun reduces the accuracy of Thunder and Hurricane to 50 percent, though Blizzard is not affected. Additionally, it should be noted that the move Aurora Veil can only be used while Hail is falling. 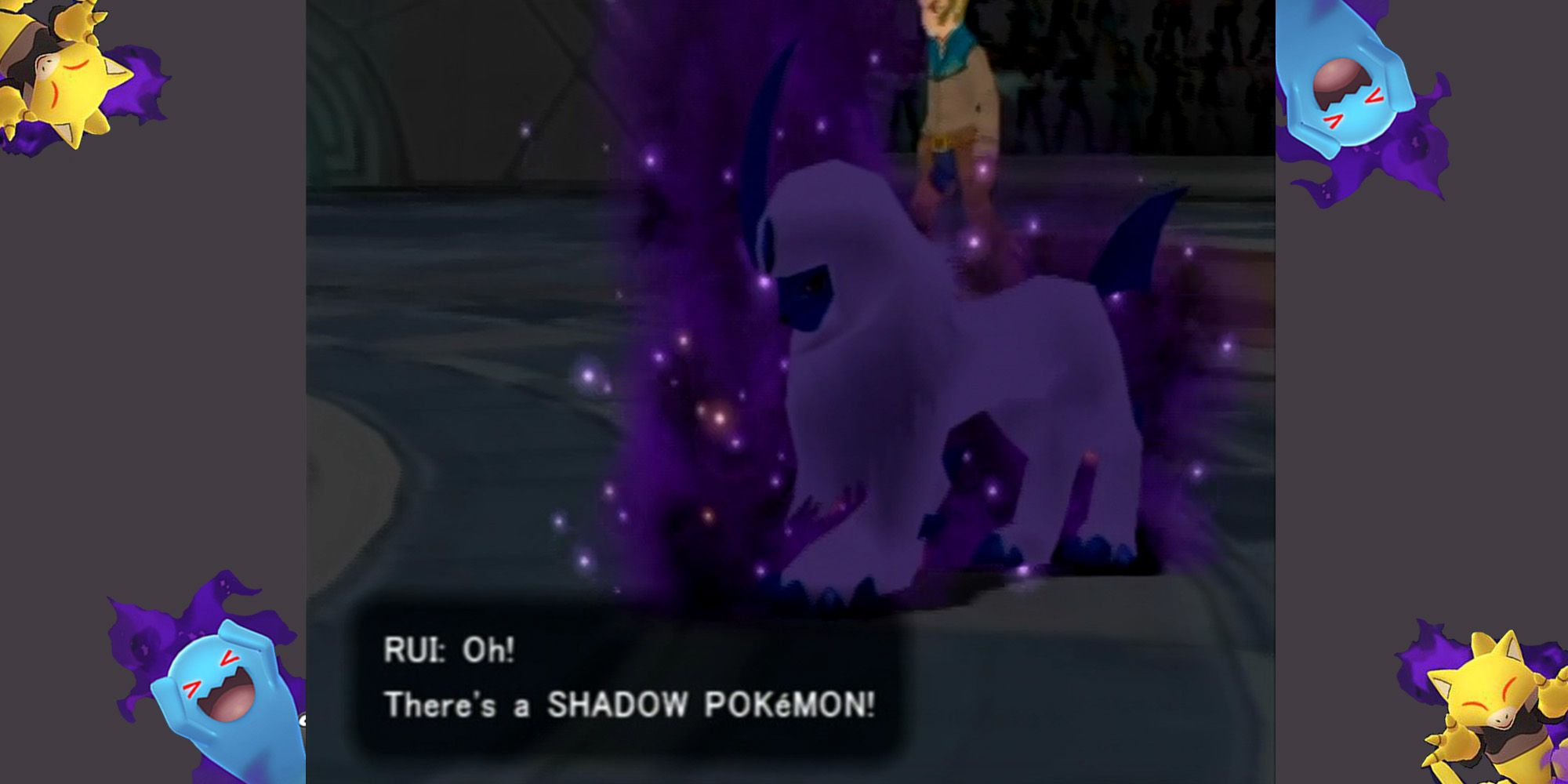 Shadowy Aura was a weather effect exclusive to Pokemon DX. It could occur in certain places in the game or be summoned by a Shadow Pokemon that knew the move Shadow Sky. This weather effect would damage any non-Shadow Pokemon on the field for 1/16th health per turn. It would also boost the power of Shadow moves by 50 percent. 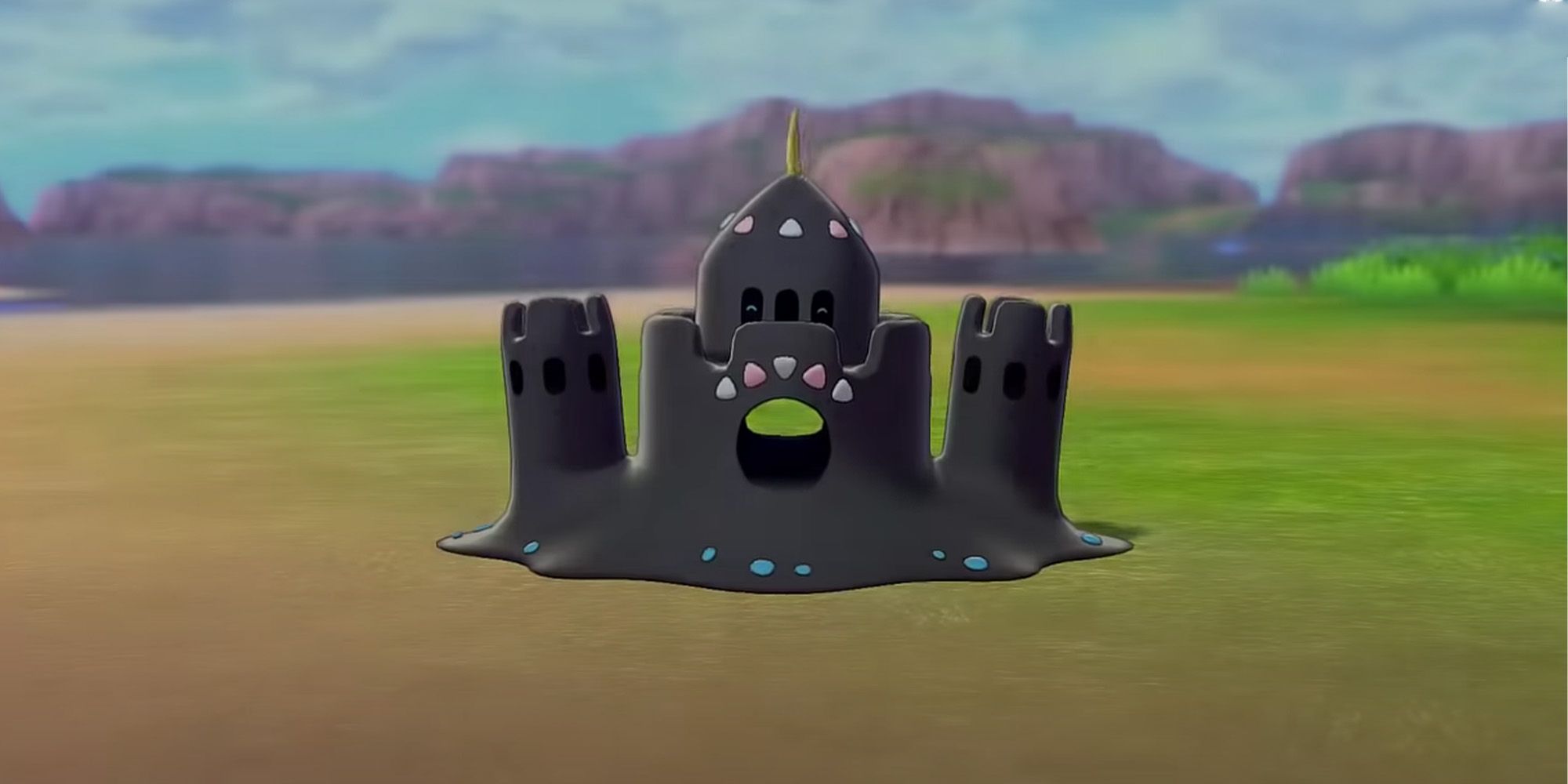 This information may be relatively common knowledge for long-time battlers. What many people don't know, however, is that the move Shore-Up is also affected by the weather. This HP restoring move is exclusive to the Pokemon Sandygast and Palossand. It restores 50 percent health under any other weather condition but jumps to 75 percent in Sandstorms.

6 Stats Change Depending On Weather 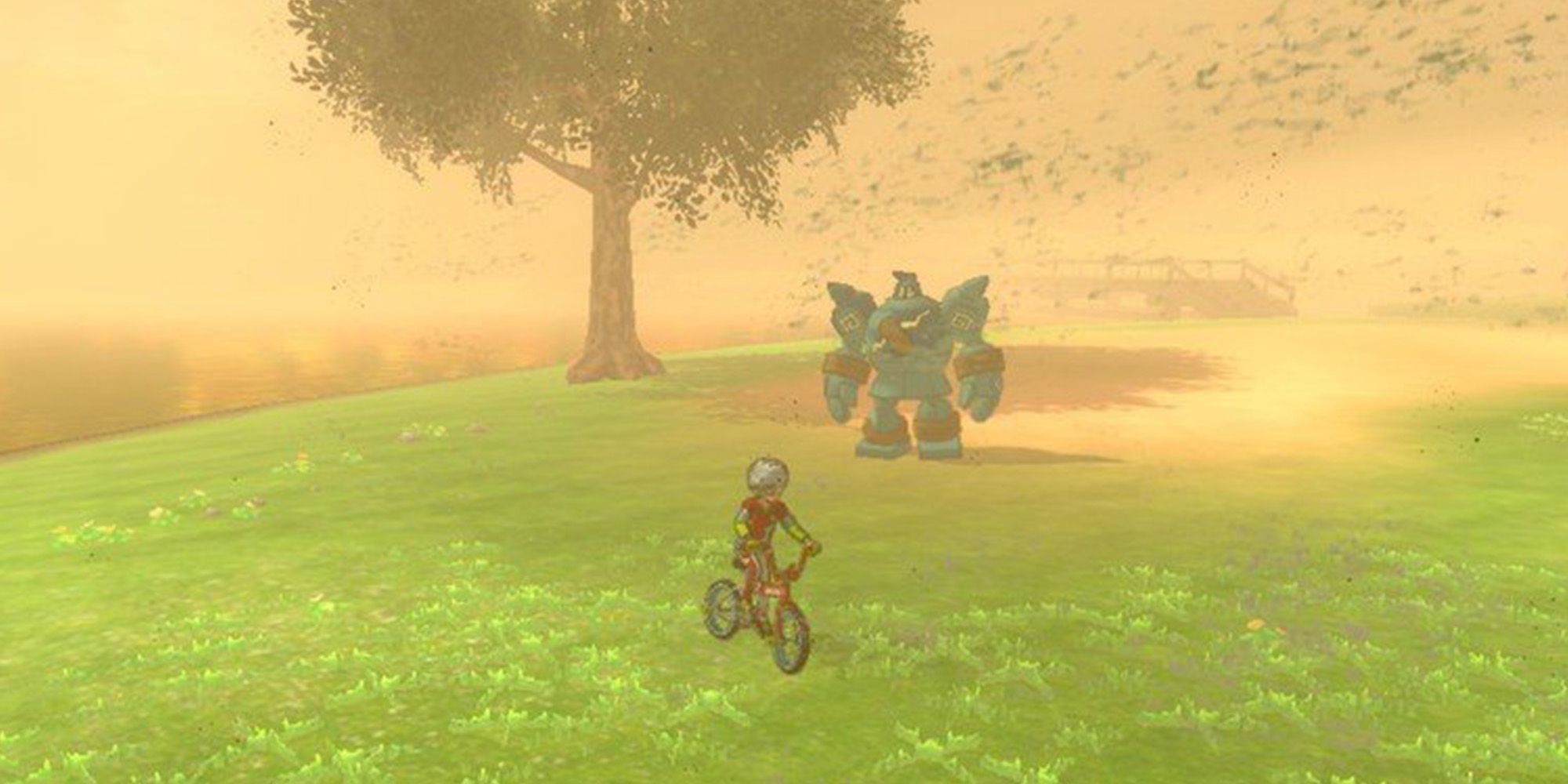 Weather can make many Pokemon much more powerful, while it can severely cripple others. Cherrim's Flower Gift not only raises its own Attack and Special Defense during Harsh Sun but also that of any allies on the field. Additionally, Rock-type Pokemon have their Special Defense buffed by 50 percent during Sandstorms.

Weather can have negative effects as well. In Generation 4, Fog was introduced. This weather effect did not buff any stats. Instead, it existed to merely decrease the accuracy of all Pokemon by 10 percent, although this is no longer the case. Harsh Sun decreases the power of Water-type moves by 50 percent. Rain will do the same to Fire-type moves. 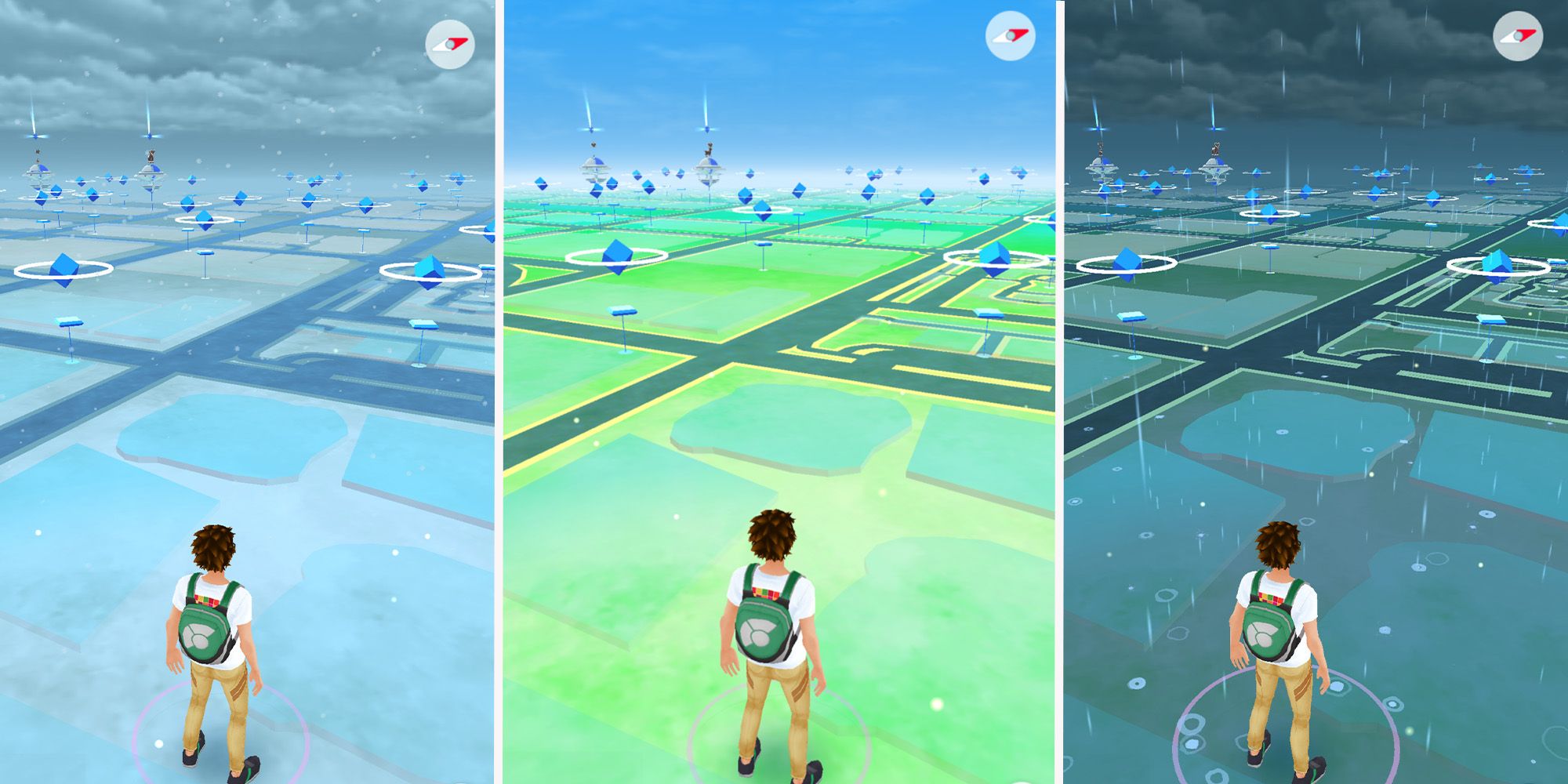 Pokemon is turning more and more to their weather systems to make the games feel more immersive. Immersive weather can be found in both Pokemon Go and in Pokemon Sword and Shield where certain Pokemon only spawn in the overworld if certain weather conditions are met. Pokemon like Combee, Lampent, and Umbreon can only be found if the correct weather condition is happening.

Pokemon Go follows this trend by making certain types of Pokemon more likely to spawn in certain weather. Sunny or Clear weather increases the spawn rate of Fire, Grass, and Ground Pokemon. Snow increases spawns of Ice and Steel types, Fog for Dark and Ghost, Rainy for Water, Electric, and Bug, Cloudy for Fairy, Fighting, and Poison, and Windy for Dragon, Psychic, and Flying. 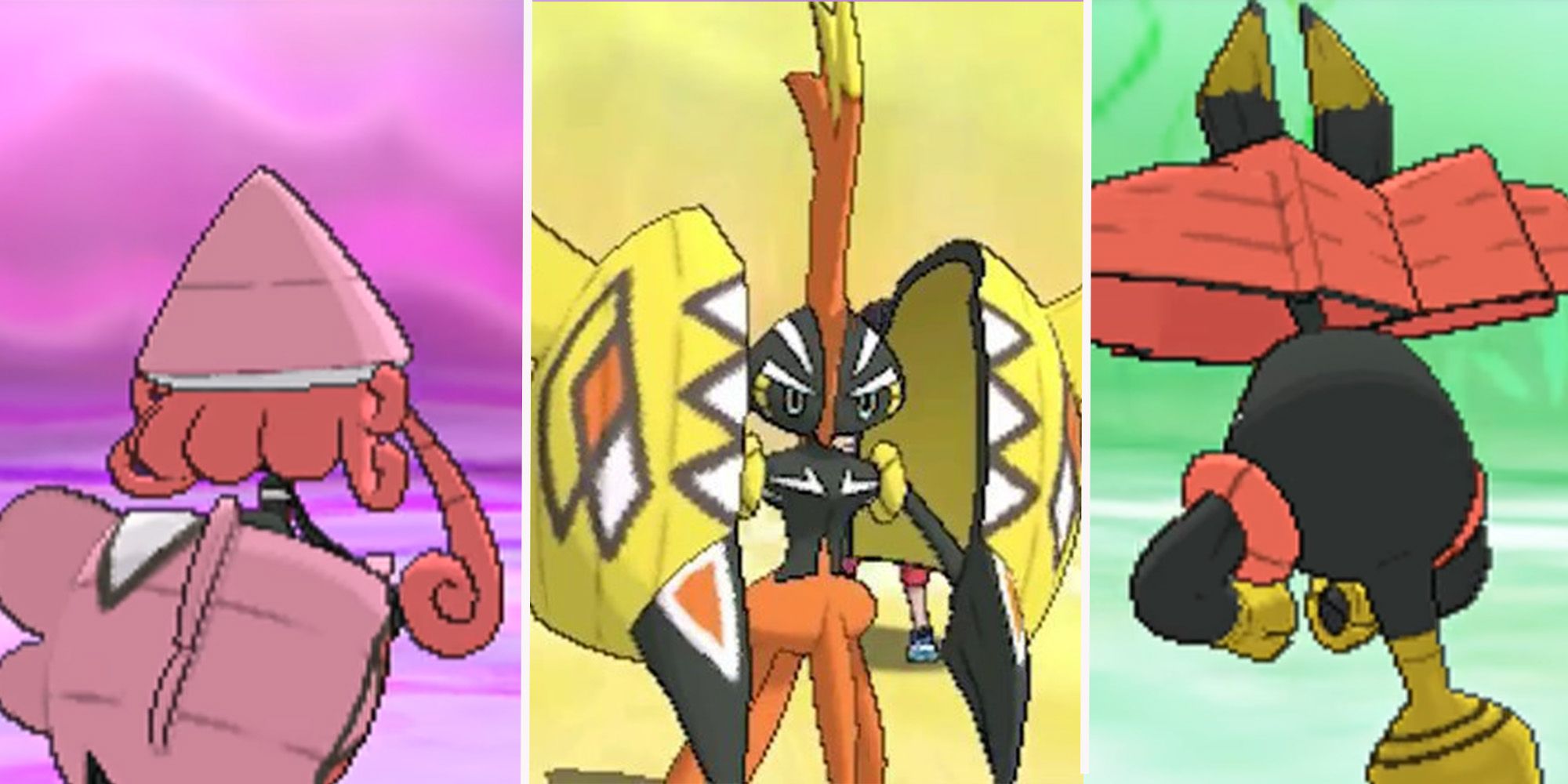 As the Pokemon universe expands and new typings are added, the team at GameFreak finds that not all weathers can encompass the many typings associated with the series. Primary weather consists of real-world weather effects, that affect the less mystical typings including, Harsh Sun, Rain, Etc. The more mystical typings like Psychic and Fairy did not have weather boosts until Sun and Moon when secondary weather effects were introduced in the forms of Terrains.

The Pokemon war machine shows no signs of slowing down, and as a result, new typings are inevitable. In order to keep new types relevant in battle scenarios, new weather conditions will likely be created to boost these typings. 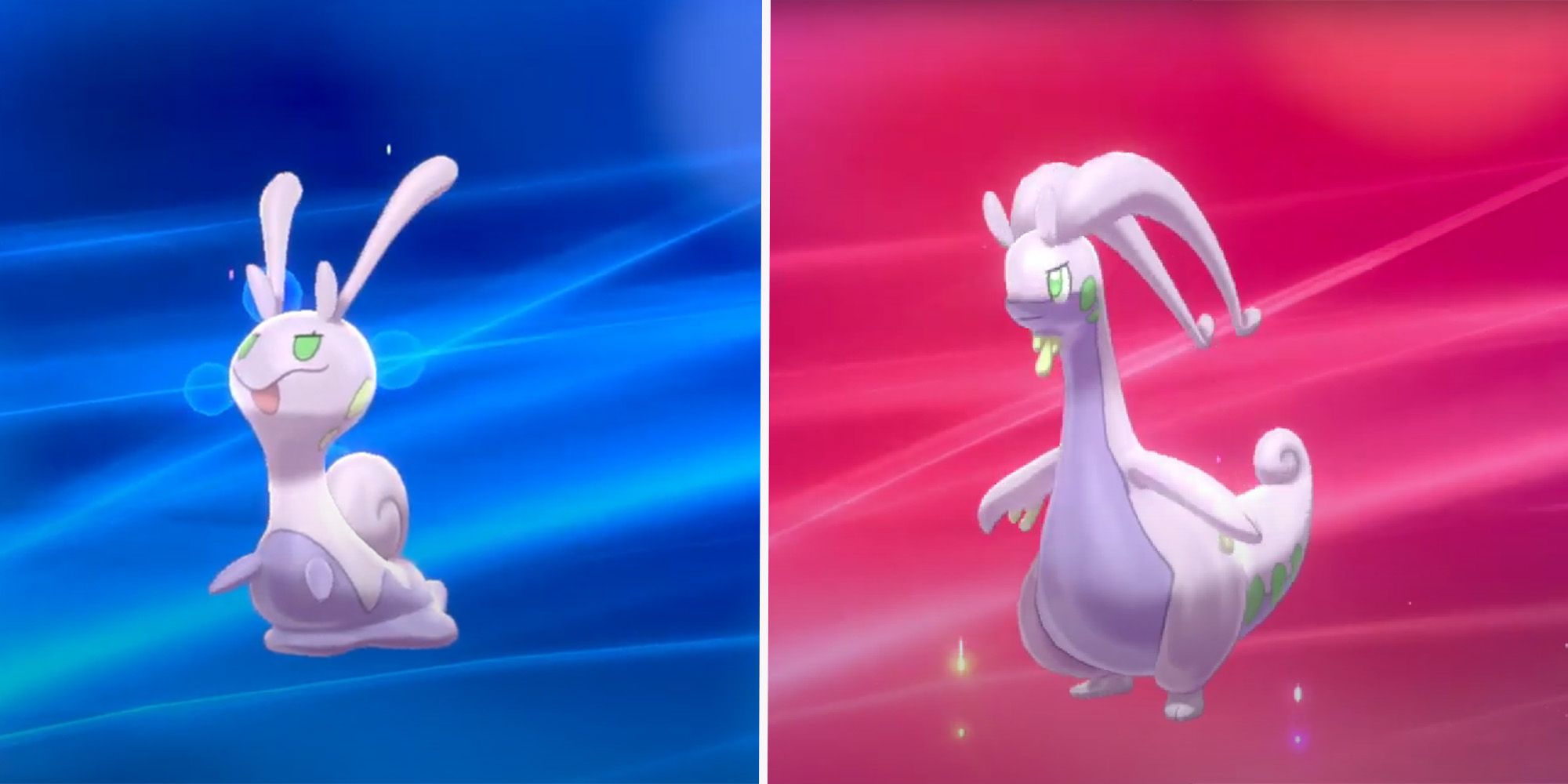 Weather has been talked about extensively throughout this article as a means of battle. But did you know the weather has effects on the game outside of battle? Some Pokemon have to meet specific weather conditions to evolve.

At the time of this writing, only Sliggoo uses weather as a means of evolution. Sliggoo will evolve if exposed to Rain at level 50. Though this is the only Pokemon that currently evolves with exposure to weather, it is very likely that this will become a common theme in the future now that it has been introduced as a mechanic. 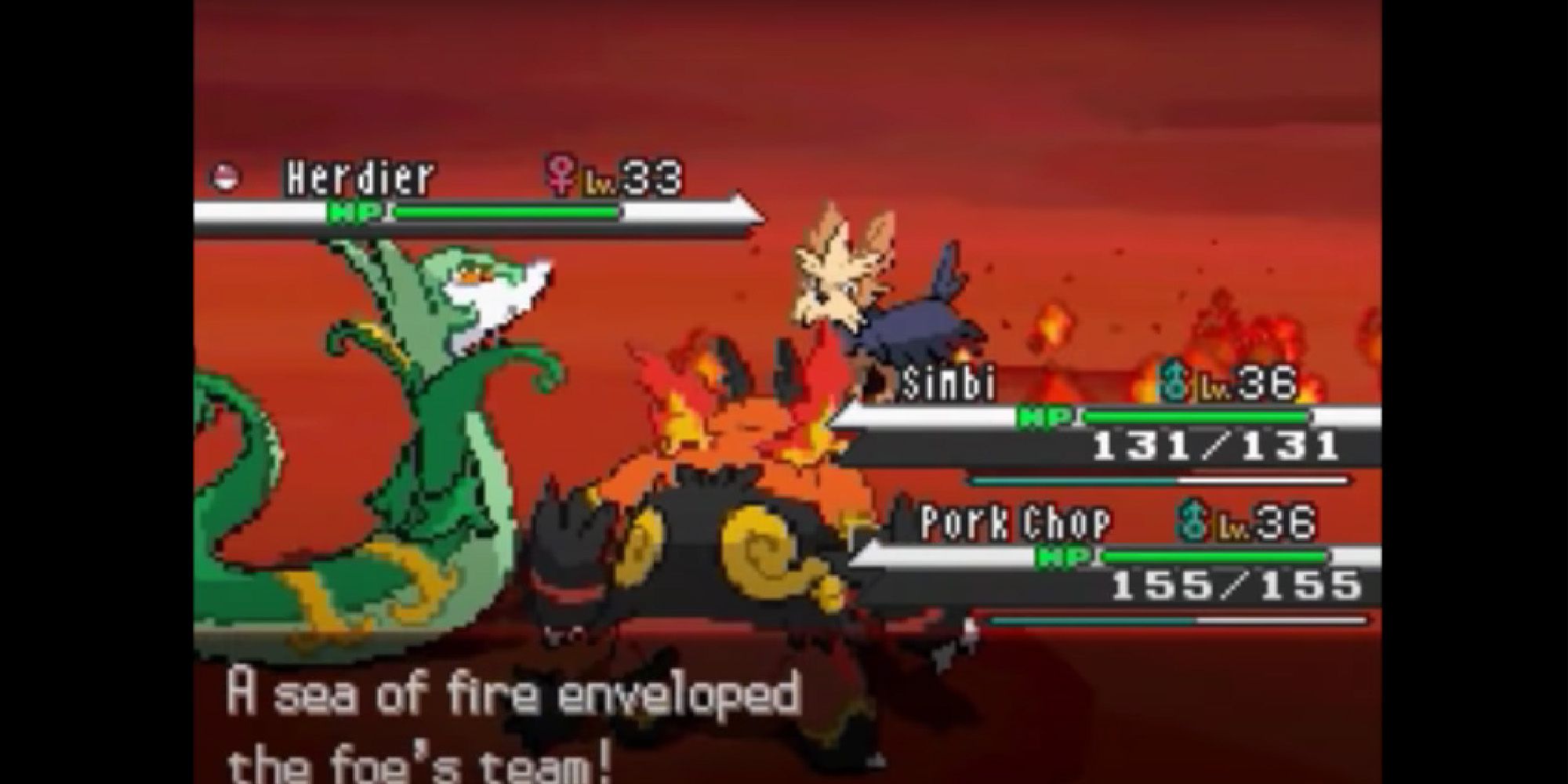 Introduced in Generation 5, Grass, Water, and Fire Pledge are damaging moves that synergize with each other. Many players overlook these moves, as they can only be used to their full effect in Double or Triple Battles. These moves deal nearly double the damage, and have secondary weather effects when used together.

When Water and Fire Pledge are used on the same turn, a Rainbow falls over the allied team for the remainder of the turn. This Rainbow grants the allied team the Serene Grace effect that stacks with the same Ability. If Fire and Grass Pledge are used together, it damages the opposing team's Pokemon for 1/8th health unless they are a Fire-type at the end of each turn. Grass and Water Pledge create a swamp on the opposing side that quarters the speed of those Pokemon for four turns. 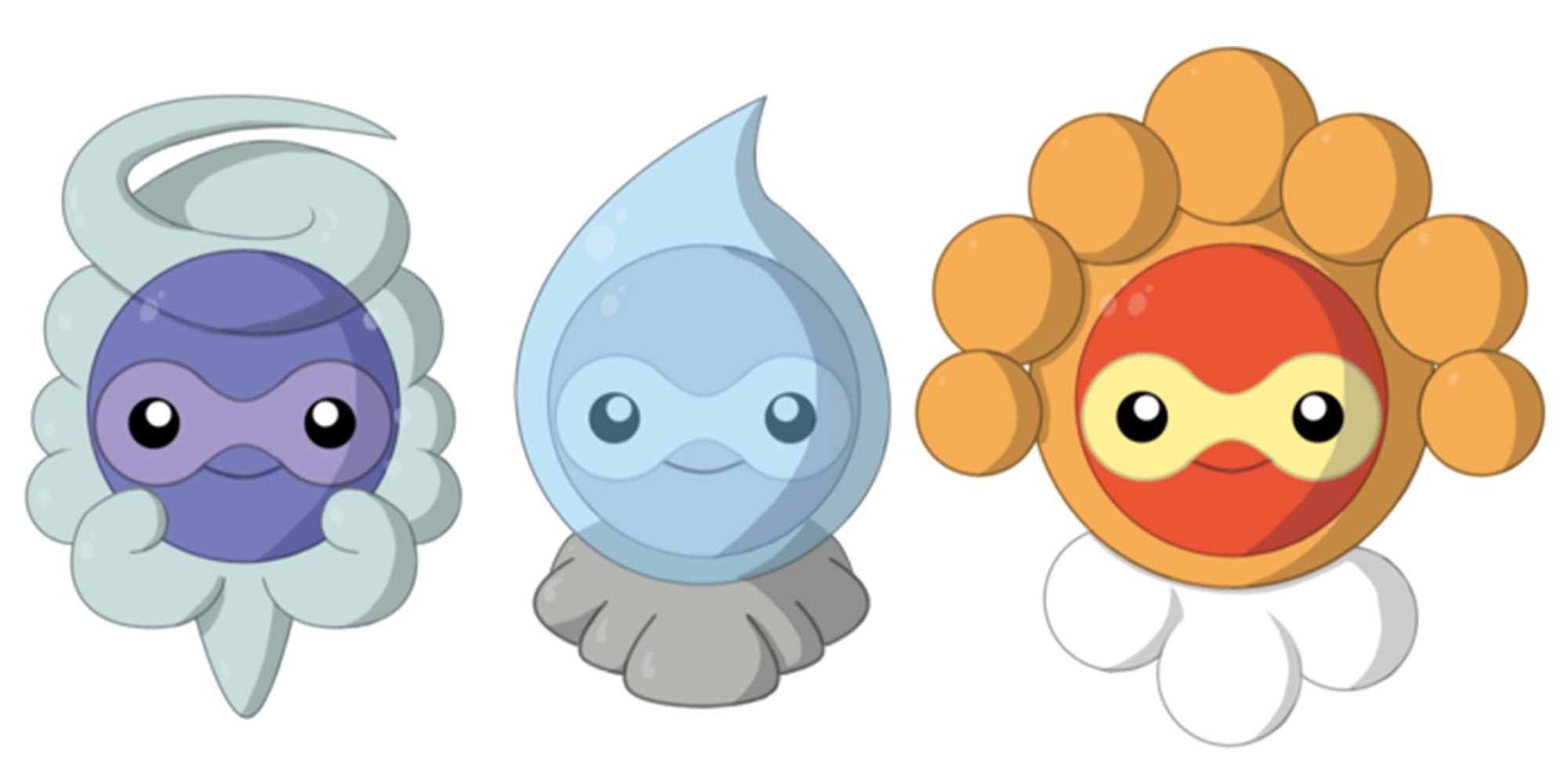 Many Pokemon have abilities that take full advantage of the weather, and you should too. Solar Power raises a Pokemon's Special Attack by one stage but causes them to lose 1/8th of their HP as long as Harsh Sunlight persists. Sand Force raises the power of Rock, Steel, and Ground-type moves by 30 percent in a Sandstorm.

Such abilities are not always about offense. Snow Cloak makes a Pokemon harder to hit in the Hail, while Sand Veil has the same effect in a Sandstorm. Swift Swim Raises a Pokemon's Speed in the Rain, while Chlorophyll does the same in Harsh Sun. Ice Body heals a Pokemon each turn that Hail falls, and Rain Dish and Dry Skin do the same in the Rain.