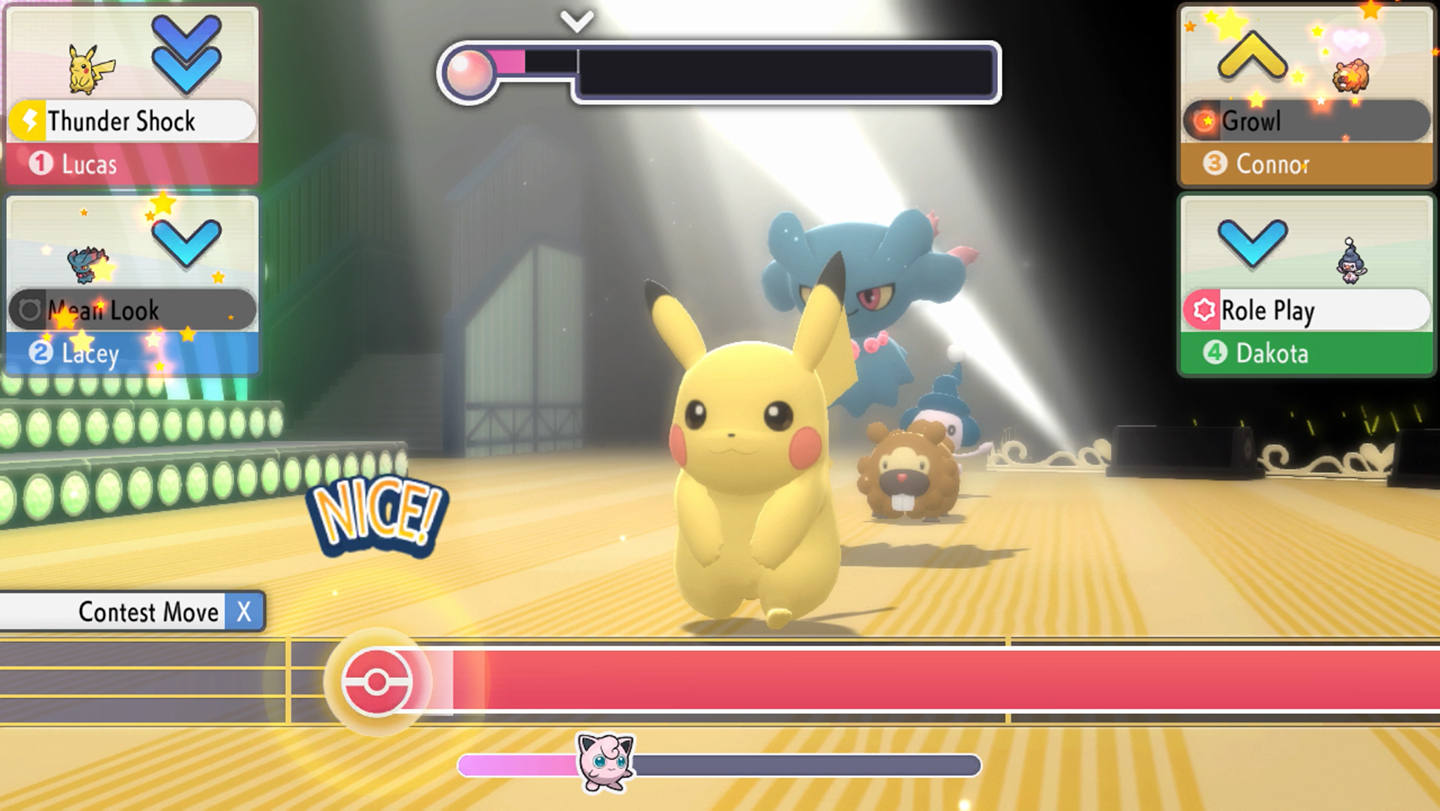 The fourth generation of Pokémon is remade for the Nintendo Switch but what can Diamond and Pearl bring to the modern era?

Brilliant Diamond and Shining Pearl are exactly what the Pokémon series didn’t need. Sword and Shield was a major financial success, but it was a conceptual nightmare, a faltering attempt to create a modern open world game that didn’t go nearly far enough to reap the benefits, while at the same time trivialising the core gameplay of the series. What’s interesting about Brilliant Diamond and Shining Pearl is that it shows how a lack of innovation has been a problem for the series for over a decade now.

We were sent the Brilliant Diamond version of the game to review, so we’ll refer to it purely as that for now (as usual the only major difference is a handful of unique pokémon, to encourage trading). The game is a remake of 2006 Nintendo DS titles Diamond and Pearl, aka the fourth generation of Pokémon. This was the first entry on the DS but at the time was criticised for taking little advantage of the more powerful hardware, with a continued reliance on 2D sprites and little use made of the touchscreen.

It was a perfectly competent entry in the series, arguably better than the preceding Ruby and Sapphire, but the only thing it did that had any lasting impact on the franchise is introduce proper online options. Which is a novelty that’s hard to replicate nowadays. The subsequent Pokémon Platinum director’s cut did go a long way to improve the original versions but, inexplicably, most of its content is not included in Brilliant Diamond.

Pokémon remakes are a long-established part of the franchise’s release cycle, and usually use the graphics engine and systems from the most recent mainline entry, to recreate one of the older games. That hasn’t happened this time though, even though the battle system is broadly the same as Sword and Shield. Instead, the peculiar choice has been made to create an almost 1:1 remake of the original, only with 3D graphics instead of 2D sprites.

No Nintendo-related company is in the business of explaining itself so it’s hard to understand what the logic of this is, other than it’s probably cheaper this way. Unusually, the remake is not by series creators Game Freak but little known Japanese studio ILCA, who haven’t don’t much other than work on Pokémon Home and as a support studio for the likes of NieR Automata and Yakuza 0.

We’ve no reason to believe they’re not up to the job but once again this is a new Pokémon game – part of one of the biggest media franchises on the planet – that looks like a mid-budget indie title. The 2D, top-down perspective of the overworld obviously doesn’t help but despite everything technically being in 3D there’s almost no camera movement and only very limited animation.

The chibi style artwork is also very much an acquired taste, especially as it doesn’t match with either the original 2006 hand-drawn artwork or the way the characters look in battle. Start a fight and the game suddenly switches to a Sword and Shield style 3D view, the only nod to the original games being that your opponent holds the pose of their 2D counterpart before starting to animate, which is a fun detail.

When you’re in a battle, opponents, and your own player character, look like they’re straight out of Sword and Shield, so there’s a major dichotomy going on in terms of the visual style. Whether you like them or not though, the biggest issue with the 2D chibi graphics is that by trying to recreate the original game so exactly everything feels incredibly small. Walking from one town to the other takes barely a minute most of the time and gyms feel tiny and unimpressive.

There’s no sense of scope or grandeur to the remakes, just one of cheapness and contractual obligation. There are a few new features, but nothing of any significance. The Underground concept is one long since abandoned by the modern games but has been expanded to become the ‘Grand Underground’, creating a maze-like system of tunnels where you can create and customise your own secret bases and organise multiplayer encounters.

You can also dig up fossils and other items, and scour Pokémon Hideaways for rare critters, but although there is an attempt to vary the visuals in hideaways, the underground environments are still intrinsically dull to look at. The whole thing feels like a slightly desperate attempt to try and channel the success of Minecraft, except with vastly less options.

A similar effort is made to try and beef up Super Contest Shows, which are essentially talent contests for pokémon. These were in the original too, but since you have little input on how well your creatures do, outside of some simple mini-games, all you’re really doing is picking the pokémon with the most suitable stats – so it’s just as dull as it ever was.

Beyond that, the list of improvements and additions starts to get very thin, with the option to have a favoured pokémon follow you around in the overworld and a fix to the HM system which means you no longer have to waste a party slot on a Swiss Army knife Bidoof to perform all your overworld moves like Cut and Surf. You can also customise the visuals when a pokéball is opened and… that’s about it.

As a straight remake of the original game, it’s actually fairly difficult to criticise Brilliant Diamond because it does exactly what it says on the tin. But because what it’s doing is so simplistic and unambitious it’s very hard to get invested. Unless Diamond and Pearl happens to be your favourite entry there’s nothing here that isn’t done the same or better in every other Pokémon game for the last 15 years.

Perhaps next year’s Pokémon Legends: Arceus will offer a new way forward for the franchise but at the moment it seems stuck in a low-budget hell of its own creation. Brilliant Diamond shows that the core Pokémon gameplay is still as enjoyable as ever but if some real effort is not put into innovation, and the game’s archaic presentation, then Pokémon is going to very quickly find itself in an evolutionary dead end.

In Short: A cheap-looking and unambitious remake of a generic Pokémon entry that seemed bereft of new ideas in 2006, let alone now.

Pros: If you wanted a remake of Diamond and Pearl this doesn’t necessarily get anything wrong, with all the original content and a few new elements of its own.