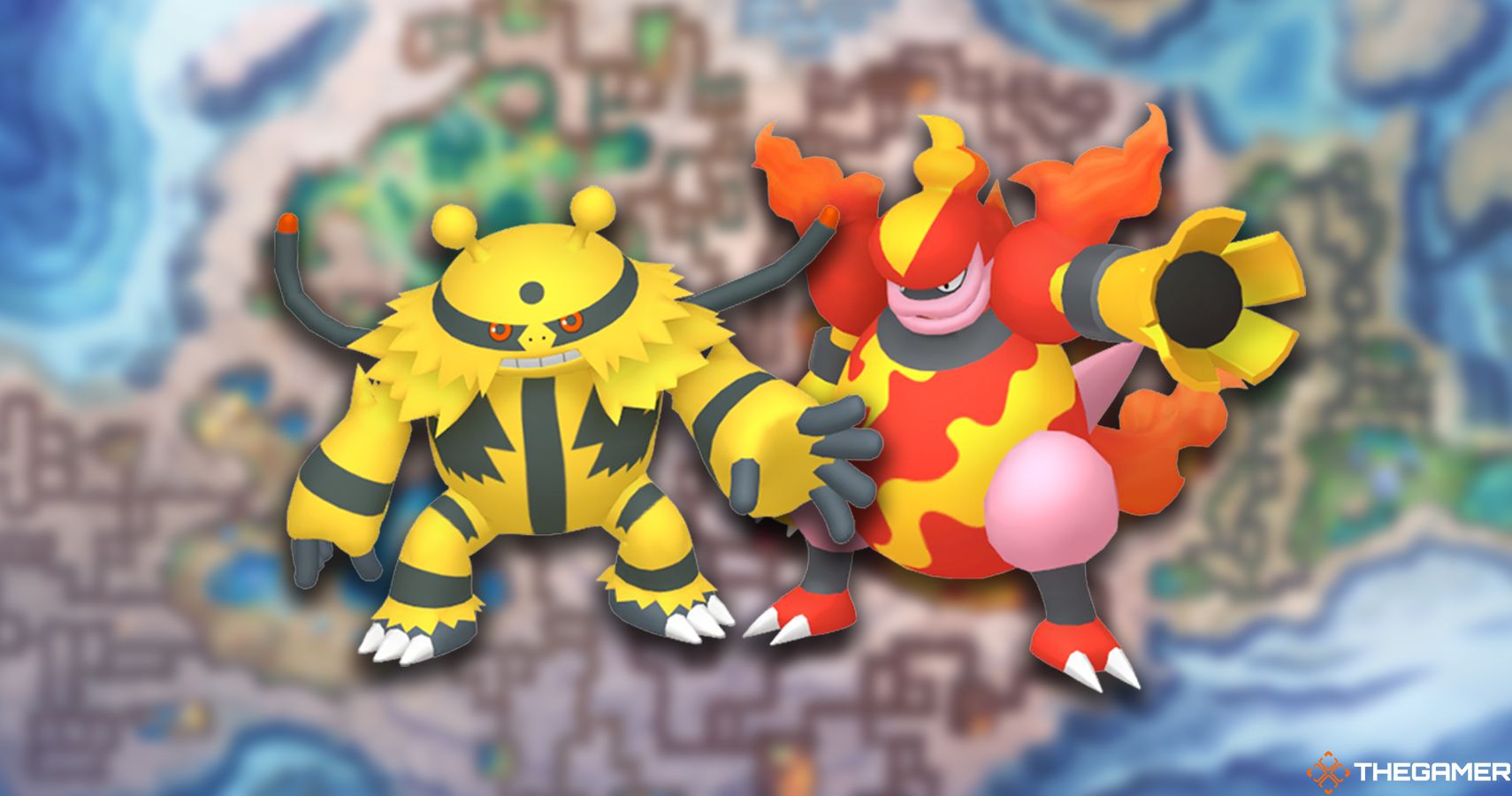 Pokemon Brilliant Diamond & Shining Pearl are remakes of Pokemon's fourth generation, which was known for its particularly high number of new additions to already established Pokemon families. Mantyke, Honchkrow, Mismagius, Leafeon, Glaceon, Bonsly and the like might be cool and all, but arguably the best of the bunch are Electivire and Magmortar.

Evolutions of the Kanto classics Electabuzz and Magmortar, they're some of the coolest-looking Pokemon in the entire generation. The only problem is getting them can be an involved process that requires luck, patience, and a spare friend. Here's how you get Electivire and Magmortar in Brilliant Diamond & Shining Pearl. 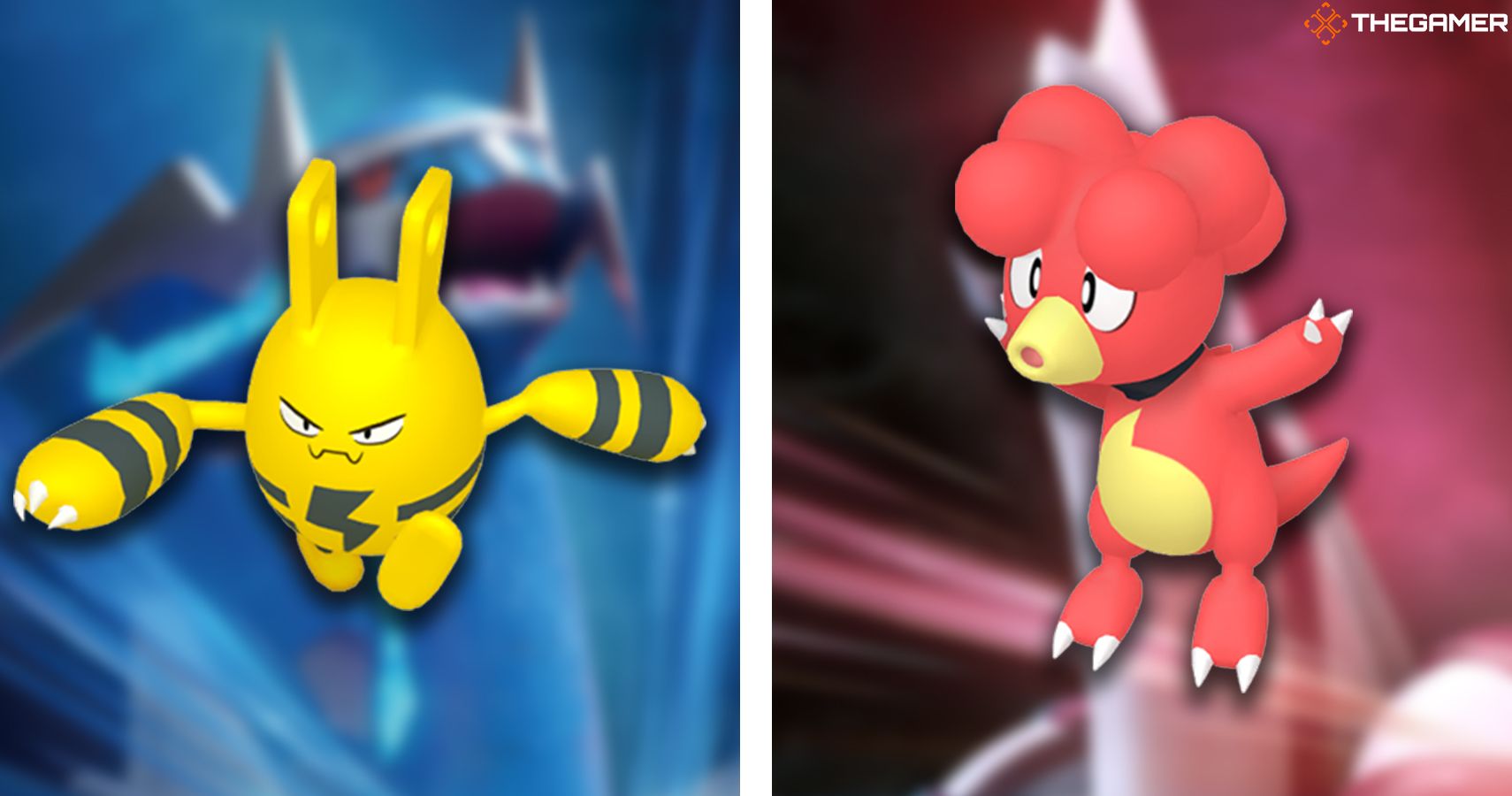 Before heading off to get your dream Pokemon, keep in mind you can't catch both in the same version of the game.

To get the Pokemon not in your version, you'll need to trade them over. You'll ultimately need to trade to get Electivire or Magmortar anyway, though, so it isn't as big an inconvenience as it first sounds. 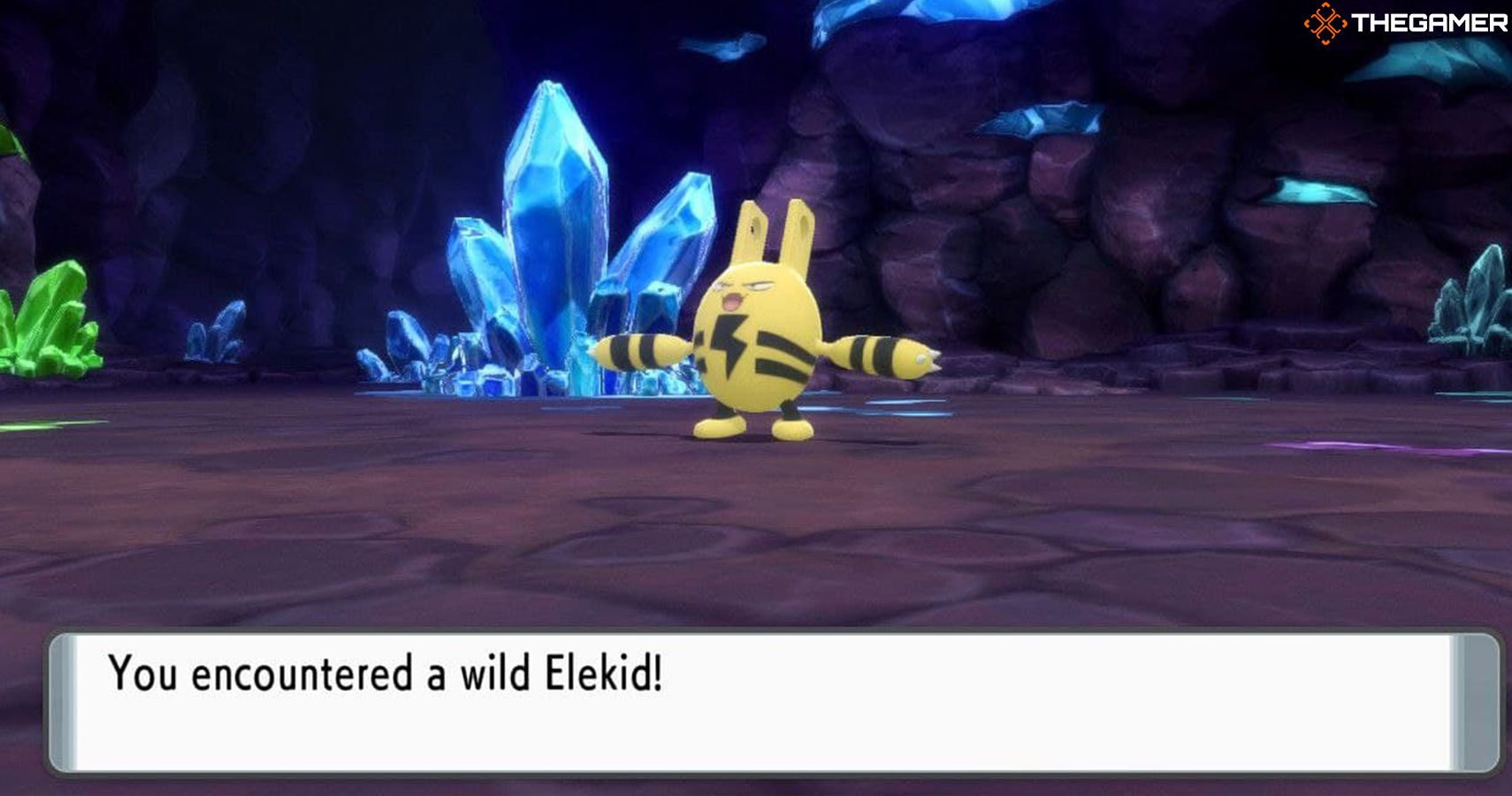 No other member of either's evolution line can be found in the wild, so your first step to getting an Electivire or Magmortar is to catch their baby forms, Elekid and Magby. This can be done by heading the Grand Underground, which you can do as soon as you've acquired the Explorer Kit in Eterna City an hour or so into the game.

If you're playing Shining Pearl, you'll find Magby in the Volcanic Cave, Typhlo Cavern, or Sandsear Cavern rooms of the Grand Underground. The only place you can find all three is in the Northeastern Zone, which can be entered by using the Explorer Kit in the Battle Zone. Alternatively, you can find the Volcanic Save and the Sandsear Cave in the Eastern and Western Zone, which is entered in Eterna City, Hearthome City, or Veilstone City. 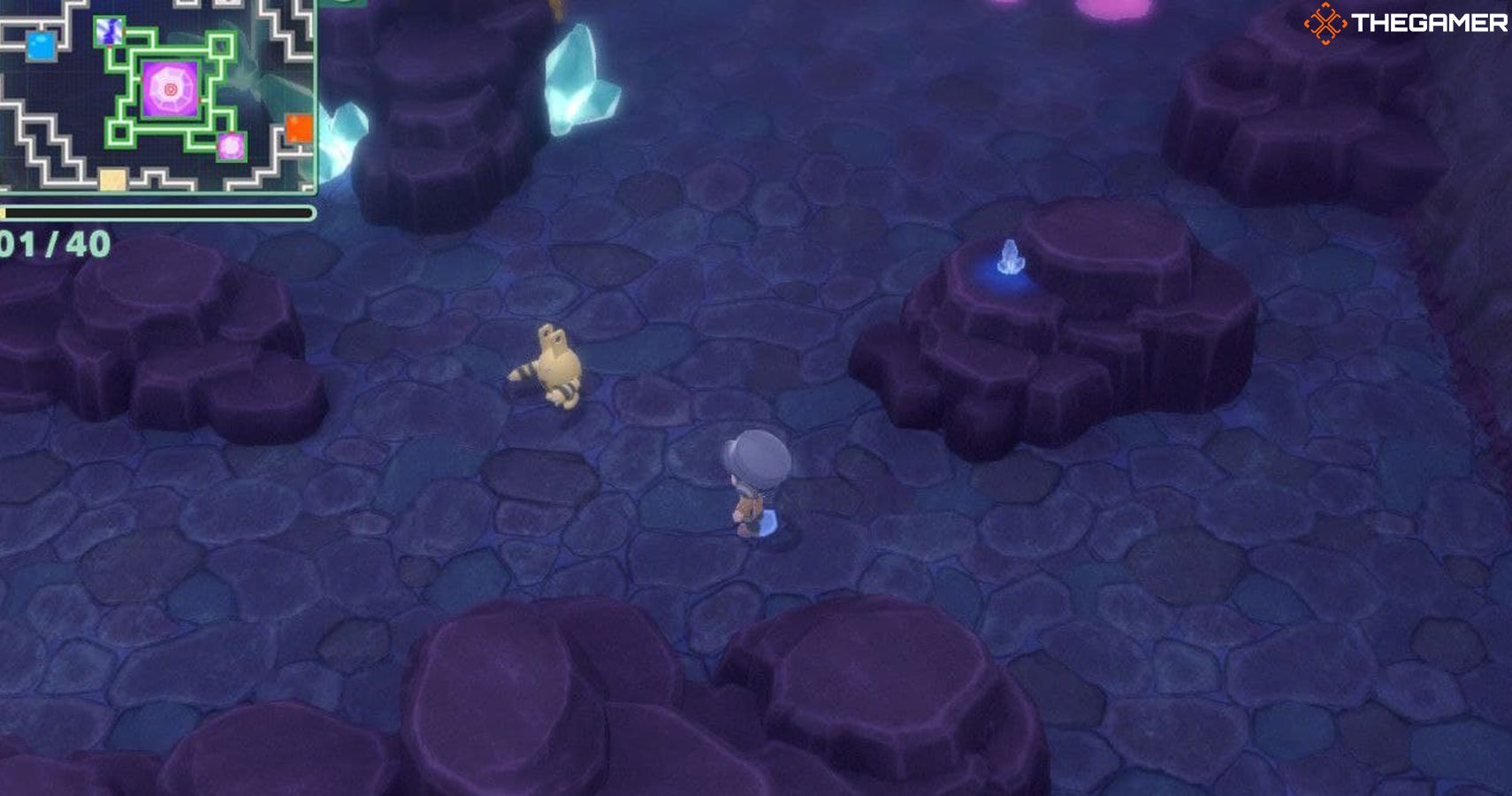 In Brilliant Diamond, you'll find Elekid in either the Dazzling Cave, Whiteout Cave, Icy Cave, or Stargleam Cavern. Although the Northwestern section has all four, and can be entered by using your Explorer Kit to enter the Grand Underground from Snowpoint City, a better option is to enter the Central Zone through Celestic Town instead. It's a smaller zone to traverse and has one large room in the middle to save you the legwork.

Once you've found the relevant room in the Grand Underground, all you need to do is run in and out of it until you find a Magby or Elekid walking around. If you don't immediately see one, leave the room and re-enter to reset the Pokemon inside it. Both are rare for their rooms, so you'll need to persevere until you find the right one. 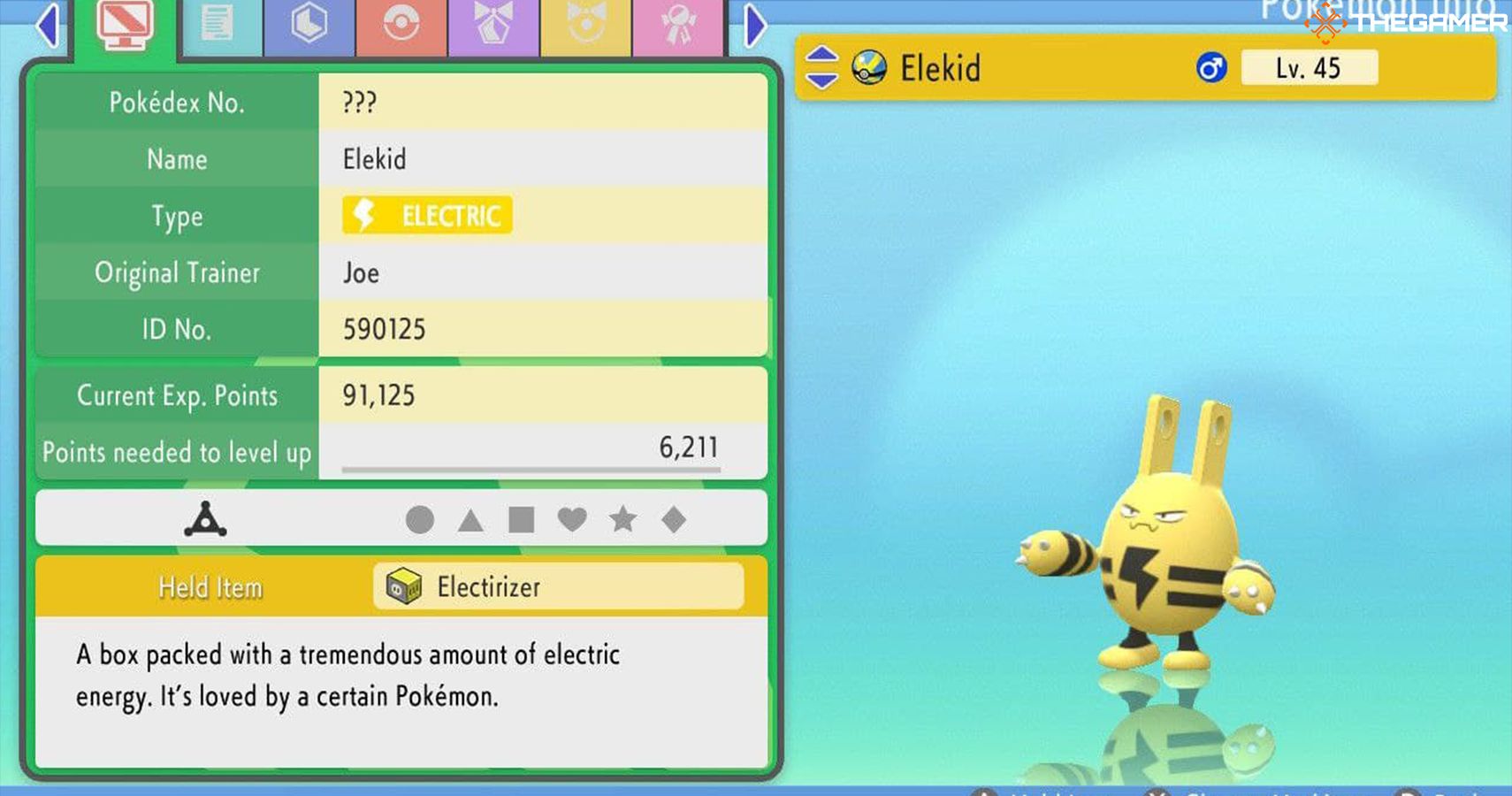 The hard part is you can't just catch any Elekid or Magby; you need one that's holding the right item. This can take a while, as there is roughly five percent chance of an Elekid holding an Electirizer or a Magby holding a Magmarizer. Your only option is to stock up on Pokeballs and keep catching your target until you finally get one holding the right item.

Evolve Them Up To Electivire And Magmortar 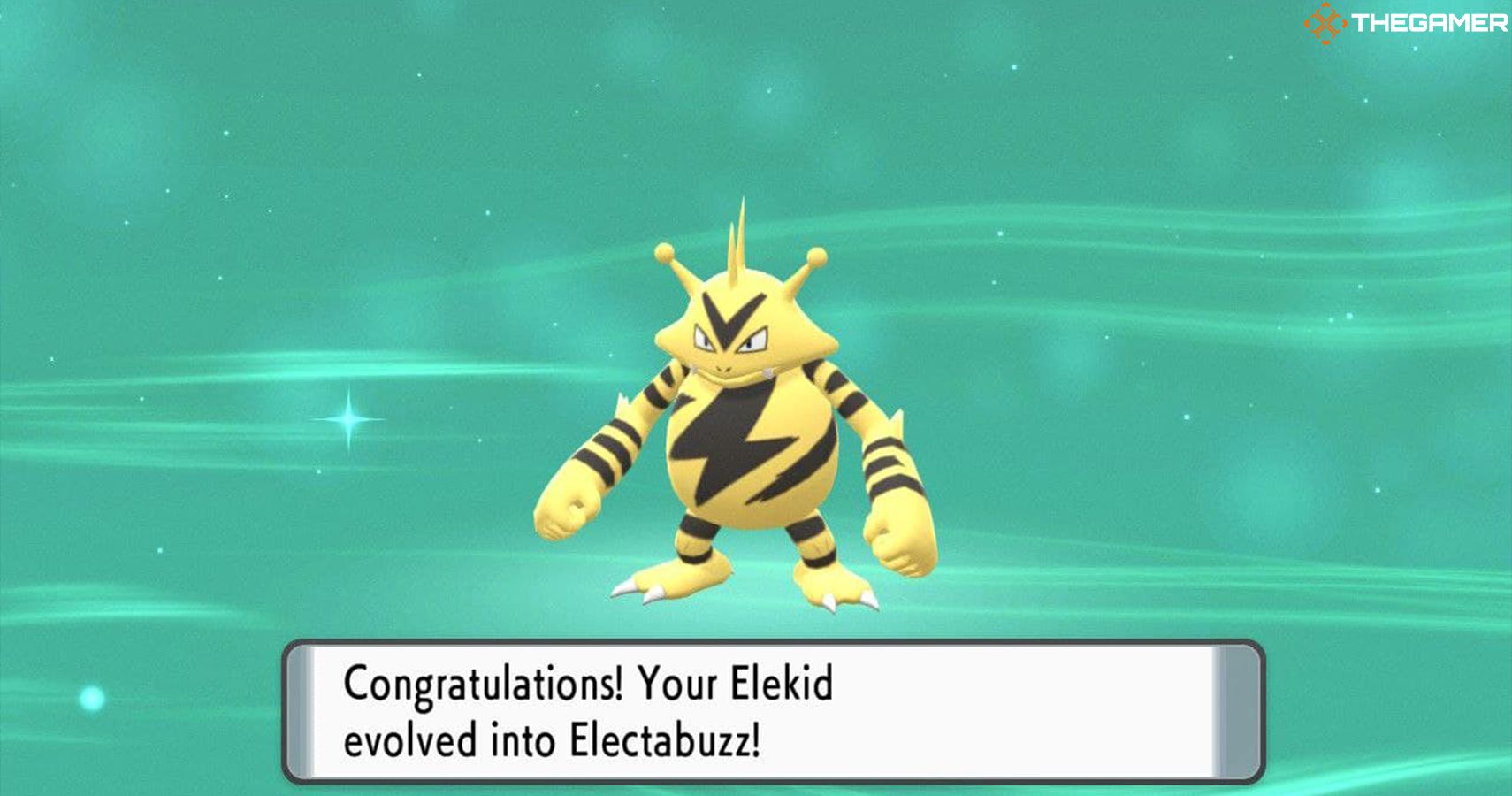 Once you've caught an Elekid or Magby holding the right item, you've done the hard bit. All that's left now is to evolve it up into Electivire or Magmortar.

Elekid and Magby evolve into Electabuzz and Magmar at level 30. Depending on how far you are into the game, the one you caught might well already be above that level, and so it's a matter of just gaining one more (or using a Rare Candy) to evolve them. If not, you'll need to grind them up to level 30 and have them evolve first. 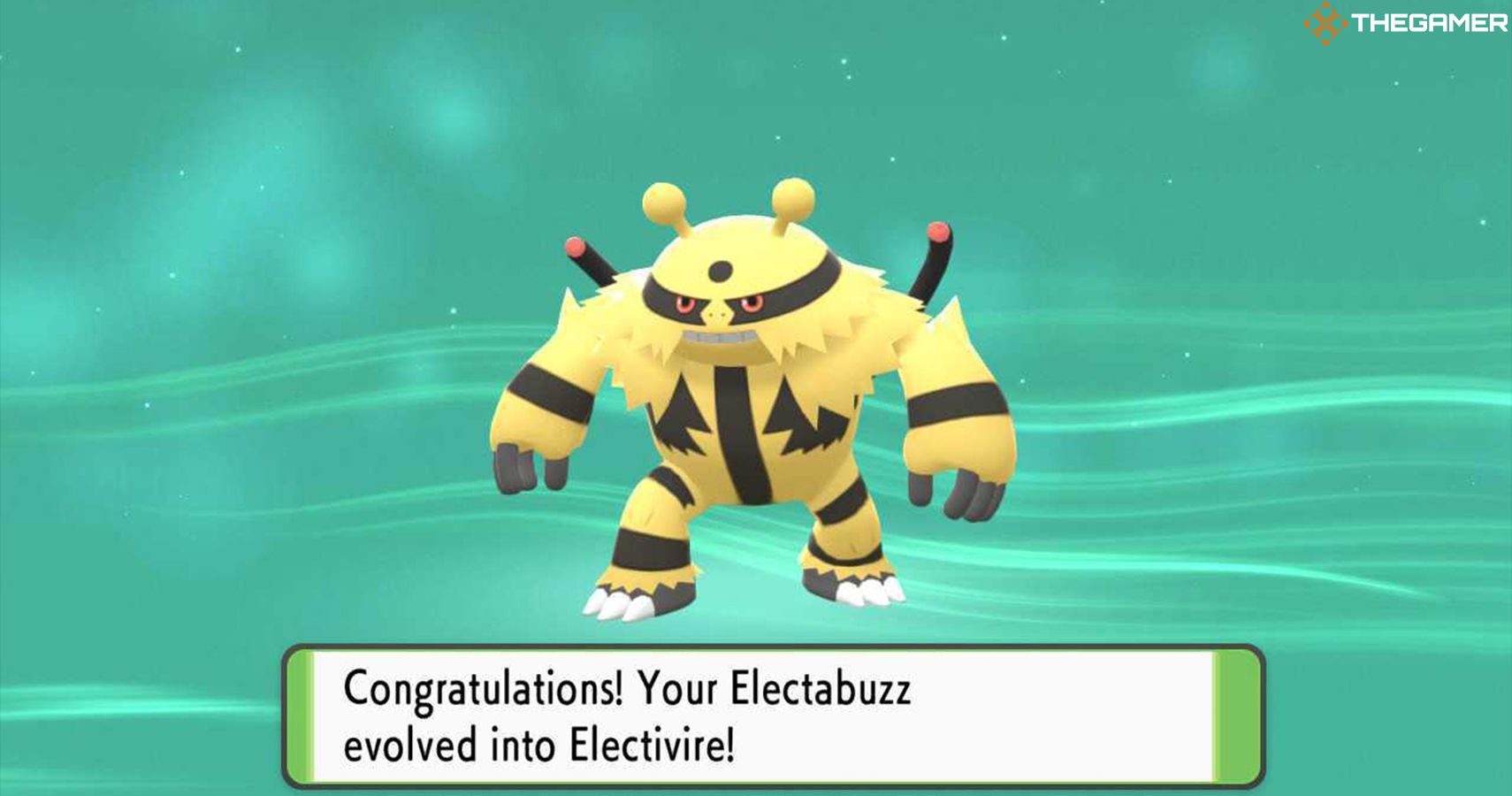 Once you've got an Electabuzz or Magmar, it's time to finish your mission off and evolve them into Electivire or Magmortar. To do this, all you need to do is trade the Pokemon while it's still holding the item you caught it with. Trading an Electabuzz holding an Electirizer will cause it to evolve into an Electivire once it's been received by your trade partner, while a Magmar holding a Magmirizer will evolve into Magmortar.

This is why having a friend with the other version is so useful. One person with a Magmar and another person with an Electabuzz lets both evolve at the same time, netting each of you the other's Pokedex entry once you trade back.

Keep in mind that the Electirizer or Magmarizer will be consumed once they've evolved, so if you want to evolve more of either Pokemon you'll need to start the process all over again and keep catching Elekids or Magbys until you find another one holding one.