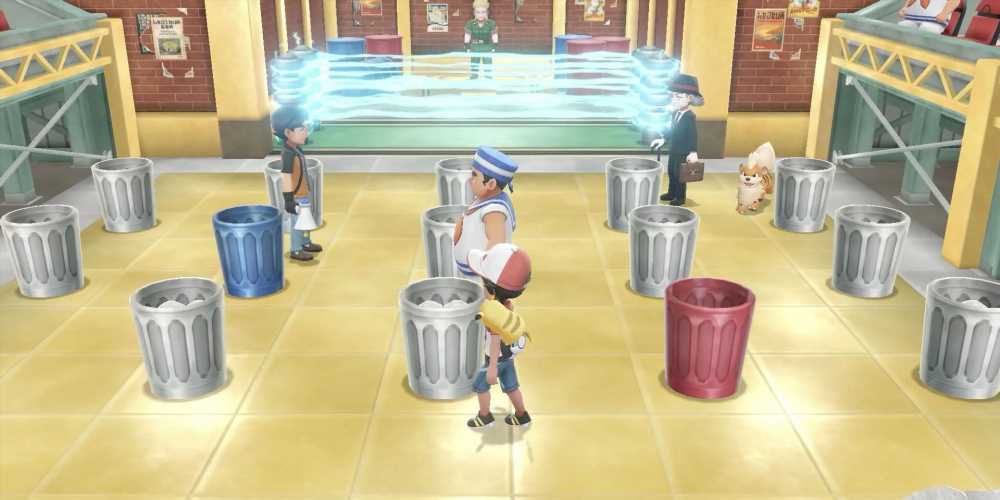 Throughout the Pokemon series, there are several moments in which the games test your mental skills with a puzzle or two. Most of them take place in the many Gyms you'll come across, giving you a mental challenge to overcome before you confront the physical one. They've gotten gradually easier over the years, much like the entire games, but there are some puzzles from the older titles that make Pokemon players wince whenever you bring them up.

Fans have been sharing their least favorite on Reddit, with u/CoolStoryDJ declaring that the trash can puzzle in the Vermilion City Gym as the worst puzzle in all of gaming. For those unaware, the Gym requires you to push two buttons that are hidden in trash cans to shut off two lasers blocking the way to Lt. Surge. The buttons are next to each other, but there's plenty of adjacent trash cans too, making the entire thing a guessing game that resets whenever you check the wrong trash can.

Puzzles aren't just locked to the Gyms though, as u/DMoney195 brings up the Team Rocket HQ, a bunch of villains that are responsible for a couple of devillish little challenges. Who can forget the spin pads that send everyone every which way when we first encountered them?

Back to Gym challenges now though, as u/thefourthhouse brings up Wallace's Gym from Pokemon Sapphire and Ruby, in which players have to crack al of the ice tiles in an area before moving onto the next one. They also bring up Seafoam Caverns, a horrible place full of sliding ice puzzles and boulders you need to push in order to progress. Thankfully, it's not mandatory, but an Articuno is waiting for you if you managed to surmount it.

Then we have something that u/warlordwinters brings up something every kid did that made their playthrough so much harder. Instead of teaching a Pokemon the move Flash to light up caves, they recall the time when they got through all of the pitch black caves by simply feeling their way through them. Hitting a bit too close to home with that one.