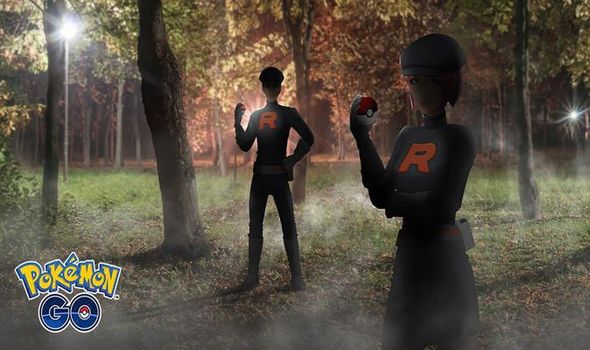 Having removed it from the game, Pokemon Go has brought back Team Rocket and the Shadow Pokemon.

And with it, Niantic has added the new Pokemon Go: A Troubling Situation Research Tasks.

This is the natural expansion of the current Team Rocket Event and includes some great rewards for active Trainers.

As you might have already heard, Team Rocket Grunts can be found at discoloured PokeStops on the map.

These can also be spotted by their erratic movement and when clicked on, can trigger a Pokemon battle.

After you have defeated Team Rocket and saved the PokeStop, you will also have the chance to add a Shadow Pokemon to your collection.

It will also unlock the new exclusive Charged Attack called Return, and the Pokémon’s aura will also change from a dark aura to a bright, luminous aura.

And all of these new Team Rocket events also feeds into the new Research Quest – A Troubling Situation.

The new Research Quest comes in four parts, giving players a number of different rewards along the way.

A Troubling Situation is based around the new Team Rocket activities so fans should be ready to do battle.

You can find a breakdown of the new tasks available to Pokemon Go Trainers on Android and iOS, below:

A TROUBLING SITUATION PART ONE

“The world of Pokémon GO is in peril. An organization called Team GO Rocket has invaded PokéStops and is in possession of Shadow Pokémon that behave strangely and seem to be in pain.

“Team GO Rocket is clearly up to no good, and we need your help! Professor Willow and the team leaders have been hard at work observing and researching these happenings with Team GO Rocket, and they’ve come up with a plan to restore the PokéStops and rescue the Shadow Pokémon.”

No time limit has been given for the new Pokemon Go Team Rocket and Shadow Pokemon event.