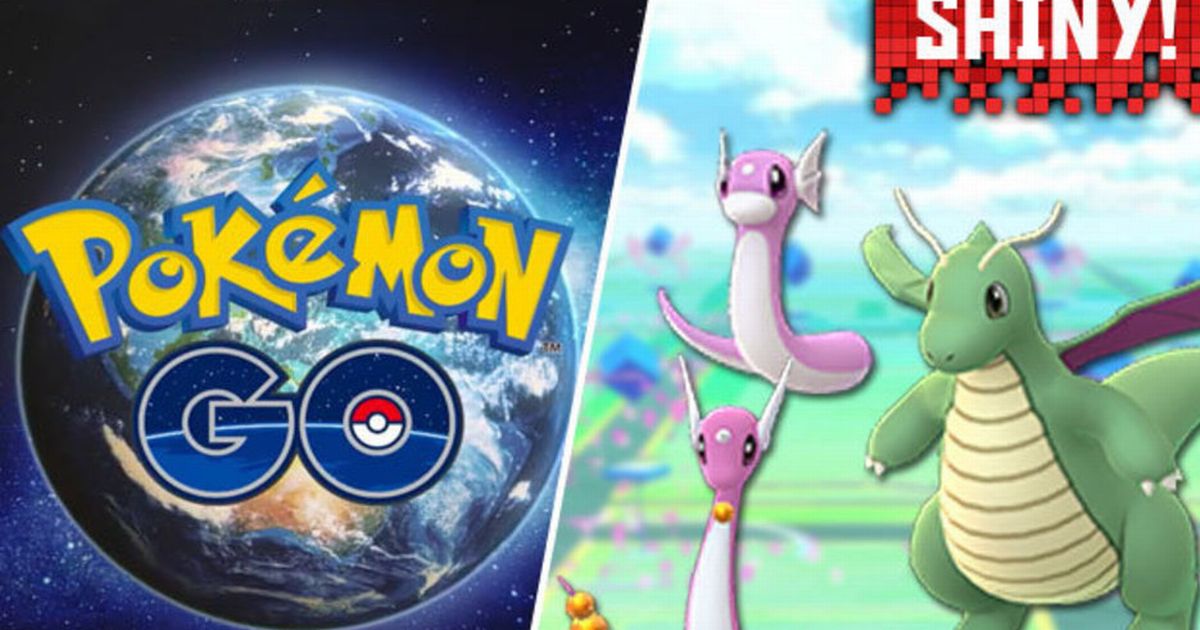 Pokemon GO's September update just went live and although it means that trainers can no longer catch Raikou, the update has brought with it a series of brand new Field Research Quests.

Complete enough of these to earn yourself a Research Breakthrough and a crack at catching the Legendary Pokemon Entei.

However, these Research Quests also offer players the chance to catch some very rare Pokemon, including a new variation for Pokemon GO's Spinda.

But whilst these new Pokemon are taking the spotlight, players are also searching for shiny versions of some of Pokemon's most classic mascots – which can actually be quite hard to come by.

Keep reading for the most up to date information on how you can go about catching a shiny Dratini, with the end-goal of netting yourself a shiny Dragonite.

Plus, further down the page you'll also find all of the new September Field Research Tasks.

Although it was previously possible to encounter a Dratini during the community day and eventually evolve a Dragonite which could know the move Draco Meteor, no further Dratini will benefit from this one-off move.

Equally, although Dratini is quite a cool Pokemon, its main purpose is to eventually evolve into the far more useful Dragonite (having previously evolved from Dragonair).

Here's a bit of handy information about Dragonite and why it's one of the best attackers in the game, courtesy of the Pokemon GO experts at PokemonGOHub.

"Dragonite is one of the most useful and versatile Pokémon in the game because of its legendary-tier Attack stat and decent bulk. Dragon type attacks are only super effective against other DRAGON types.

"However, since not many other types resist dragon type attacks (just STEEL and FAIRY (x2)) and thanks to Dragonite’s incredible stats and movesets, it can be used as a TOP-Tier generalist."

Follow the above link for some further insight by the Pokemon GO Hub team.

At the time of writing, there is quite a few different ways to encounter a Dratini in Pokemon GO. And that means the chances of encountering a Shiny Dratini is also increased.

To try and make things easy we've broken this down into the four main ways you might normally encounter a Shiny Pokemon.

Egg Hatches: Dratini is currently hatching from 10KM eggs at the moment. So, there's a chance of hatching a shiny. Even if your odds are pretty stacked against you.

Raid Battles: At the time of writing, Dratini cannot be encountered in Raid battles. So that rules that option out. That said, this may change in the weeks ahead. In the Wild: Whilst rare, you can encounter the Pokemon in the wild, but Silph Road research suggests there's about a 1/450 chance of encountering a shiny. To boost your chances, head over to the Silph Road Global Nest Atlas to find your nearest Dratini nest.

Essentially you need to catch a Dragon-Type Pokemon, which sounds easy, but can actually be quite tricky. Keep reading for a bit more info to help you locate a Dragon type.

At the time of writing, there are currently 14 Dragon-type Pokemon in the game. Four of those are purely Dragon-type. These include:

For your best chance of completing the 'Catch a Drgaon Type' quest you're best targeting Dratini, Vibrava and Bagon in the wild. Or looking out for a Alolan Exeggutor raid.