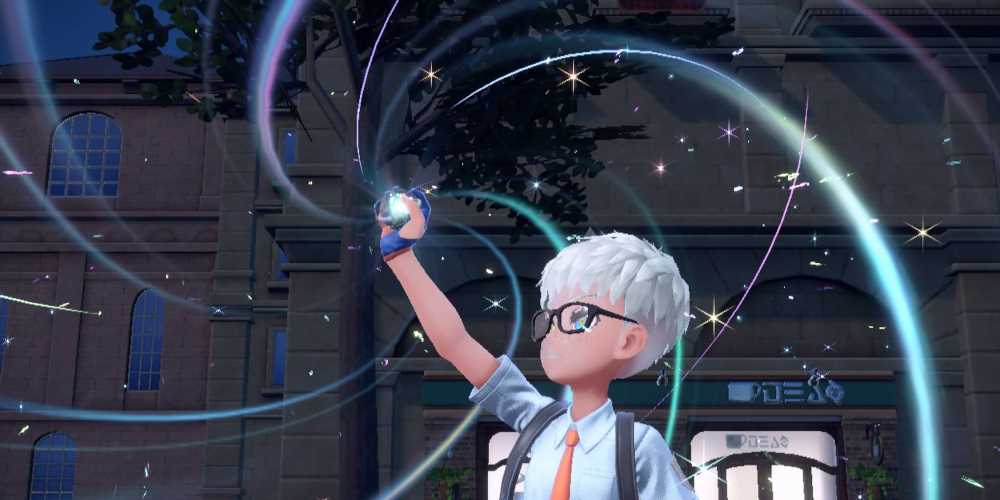 Pokemon Scarlet & Violet are here, and with a new generation of games, there are always new pokemon, characters, and a whole region to discover! With so many mysteries and adventures across Paldea, the fun never stops when you want to be the best trainer of them all.

But to do that, you need to know how your pokemon team works in battle and how to get them to their best shape to excel in those battles. For that reason, you must learn about Stats, EVs, IVs, and all that they entail.

What Are Stats In Pokemon Scarlet & Violet? 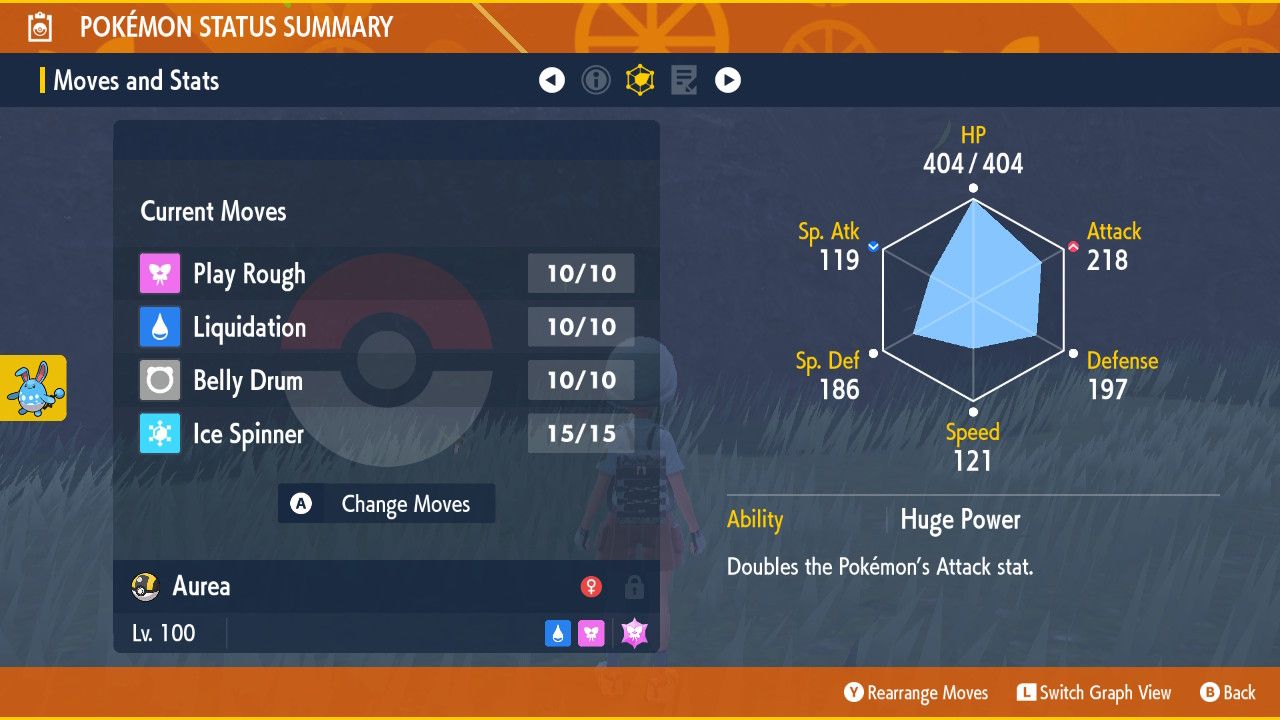 Every pokemon has a total amount of six different stats, which will affect different aptitudes of that specific pokemon and how they engage in combat. Each pokemon comes with a specific base stat disposition, and maximizing or effectively improving those six stats is the base of the competitive play in any Pokemon game. These go as follows:

Keep in mind that, while these are the core values for your pokemon's involvement in combat, there are a lot of circumstantial factors and buffs/debuffs, external factors that will come into play, and several attack moves that can circumvent the influence of some of these stats. Be always prepared for those inconveniences at the moment of training your team.

The way you build up your stat output will provide a significant advantage in battle, and can potentially mark the difference between two specimens of the same species, should they ever fight against each other. To do this, however, you must learn several mechanics involved that will set your pokemon on top of the rest if you ever want to play competitive battles. 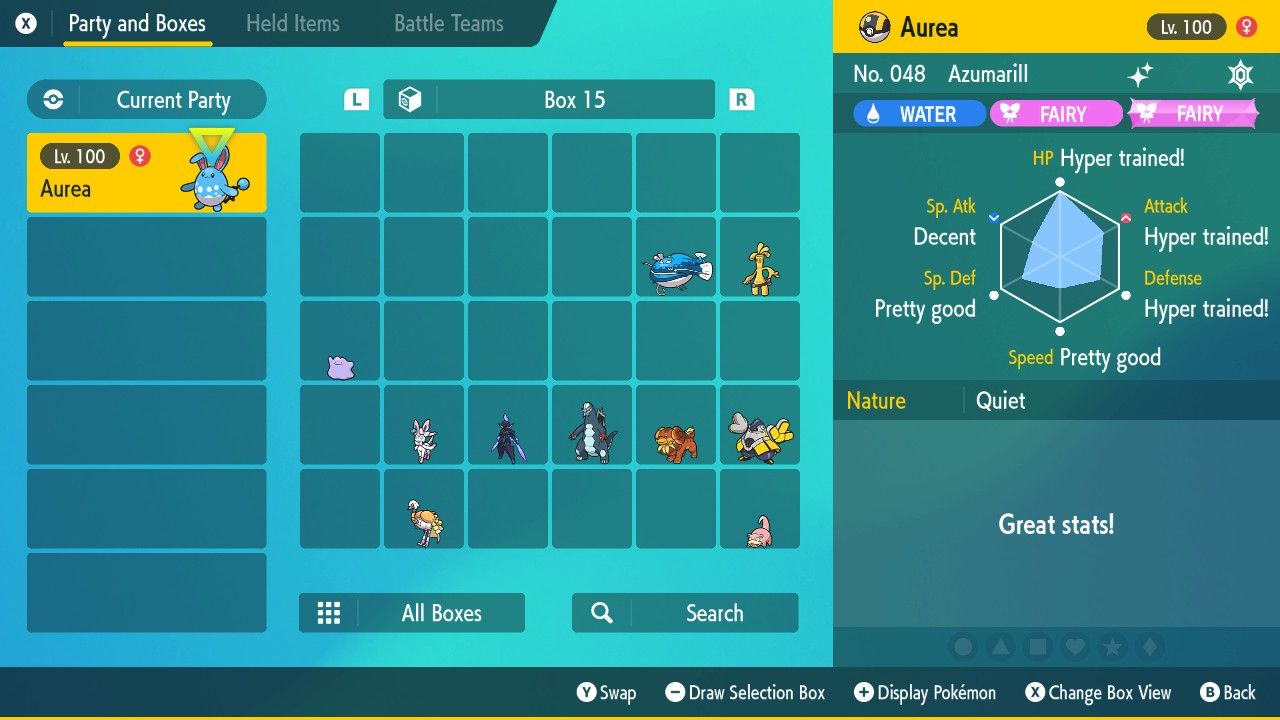 Just as pokemon have a base set of stats, each specimen will be born with a bonus on each one of the six stats, called Individual Values. These bonuses are inherent to that specific specimen from the moment it hatches, and they are permanent. They can go from zero to 31, and they are pretty much inalterable, which makes breeding an important part of getting the perfect competitive pokemon.

The most immediate form of IV manipulation comes in the breeding mechanic. When you start breeding a specific pokemon, you can make the child inherit a specific stat IV by making the parents hold one of the following six Power Items:

You can also try to get a better result by chance and equip one of the parents with a Destiny Knot, which will make the child inherit five stat IVs from both parents at random. By doing this, you will get better specimens to use as parents as you get new eggs, so in time you can keep improving the children's chances of getting better IVs until you reach the desired result.

While the IVs can't be modified once a pokemon is born, you can access a way of improving them, called Hyper Training. This method involves paying Bottle Caps to an NPC to quickly improve a specific stat or several at once. While it won't alter the IVs per se, this training will improve your general stats as if the IVs were at 31. For more info about this, check out our useful guide!

Once you have seen the game's credits, you will be able to unlock the IV Judge functionality, which will let you take a look at your pokemon IVs in the Box menu. For more info about this, check out our guide! 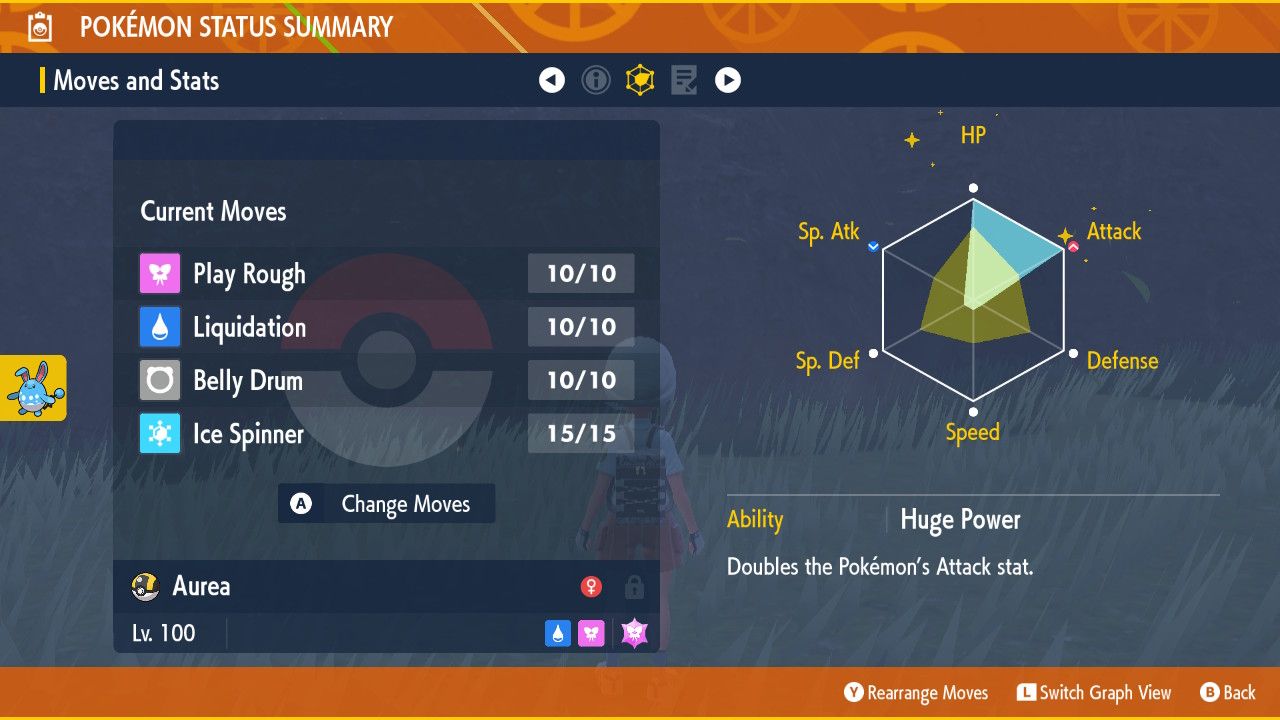 Depending on the Pokemon you're training, you will want to focus on improving a different stat. This will vary depending on that pokemon's base stats, their moveset, and the role you choose to give them in your team. To do that, you need to understand what EVs are.

Effort Values (EVs for short) are an added amount of points that you can earn in each of the six Stats, which will help maximize their general output up to a limit of 252 EVs per stat, and 510 points invested overall in one pokemon. These can be earned in-game in several ways, and investing a precise amount of points in a pokemon's stat can set the difference between things like achieving a One Hit K.O. move in combat, the ability to withstand an enemy attack, the ability to outspeed a rival, and other intricacies of Pokemon's competitive play.

How To Manipulate Your EVs 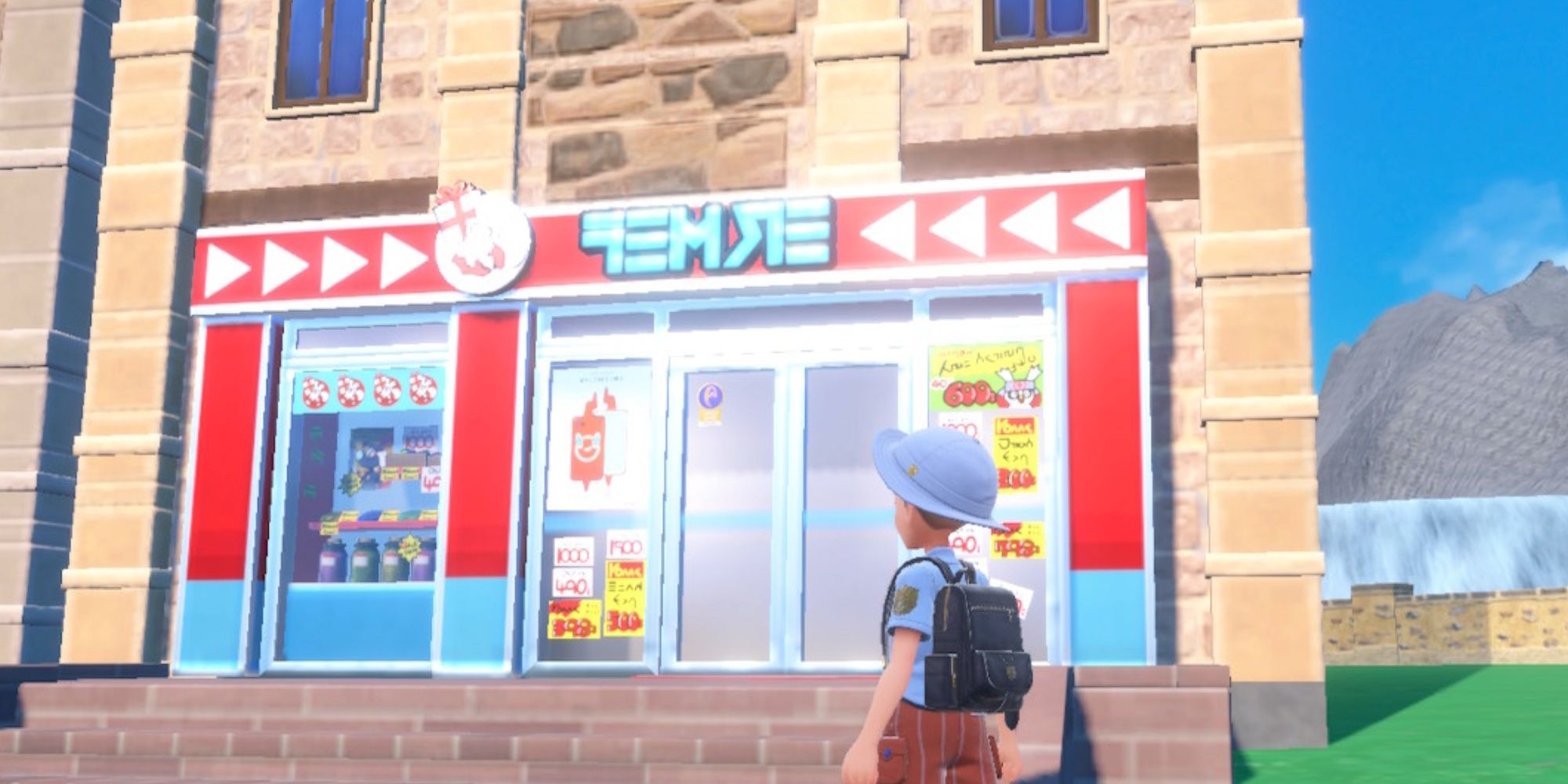 There are several ways to improve your EVs. These can come in the form of vitamins, feathers, berries, and wild pokemon, and they go as follows:

Vitamins are the most straightforward and simple way to raise EVs in a pokemon. You can buy one of six different vitamins in a Delibird Presents store for 10,000 Pokedollars each, and they will add ten EVs in a specific stat. These can be used until you achieve max EVs in a single stat, and they are the following:

Wings are items that you can get as Tera Raid rewards, in Porto Marinada's auctions, or just find in the ground across the region of Paldea. These will give one point in a specific stat, which can be useful when you want to do a more specific EV spread, and they come in six different forms. The list goes as follows:

Every pokemon species will award a fixed amount of EVs when it's defeated in battle. This varies on each pokemon, and while getting a full list of that would be near impossible to cover in a single guide, you can find the answer after you do some legwork, by fighting several dozen specimens of the same pokemon until you can notice which one of your Stats has improved significantly.

Once you have found out which pokemon you must fight to get specific EVs, you can make your pokemon hold one of the following Power Items so they gain eight extra EVs in a dedicated stat, depending on the item. The list goes as follows:

Since these items will award a fixed amount and type of EVs, you can combine the power item equipped with the pokemon you want to defeat if you want to earn multiple points at once, so keep that in mind should you ever need it.

On the opposite side, if you wish to decrease points in a dedicated stat (in case you want to try another build or if you invested points accidentally on the wrong pokemon), you can use the following berries to decrease a specific stat EVs by ten points with each consumption. These are the following:

What Are The Natures In Pokemon Scarlet & Violet? 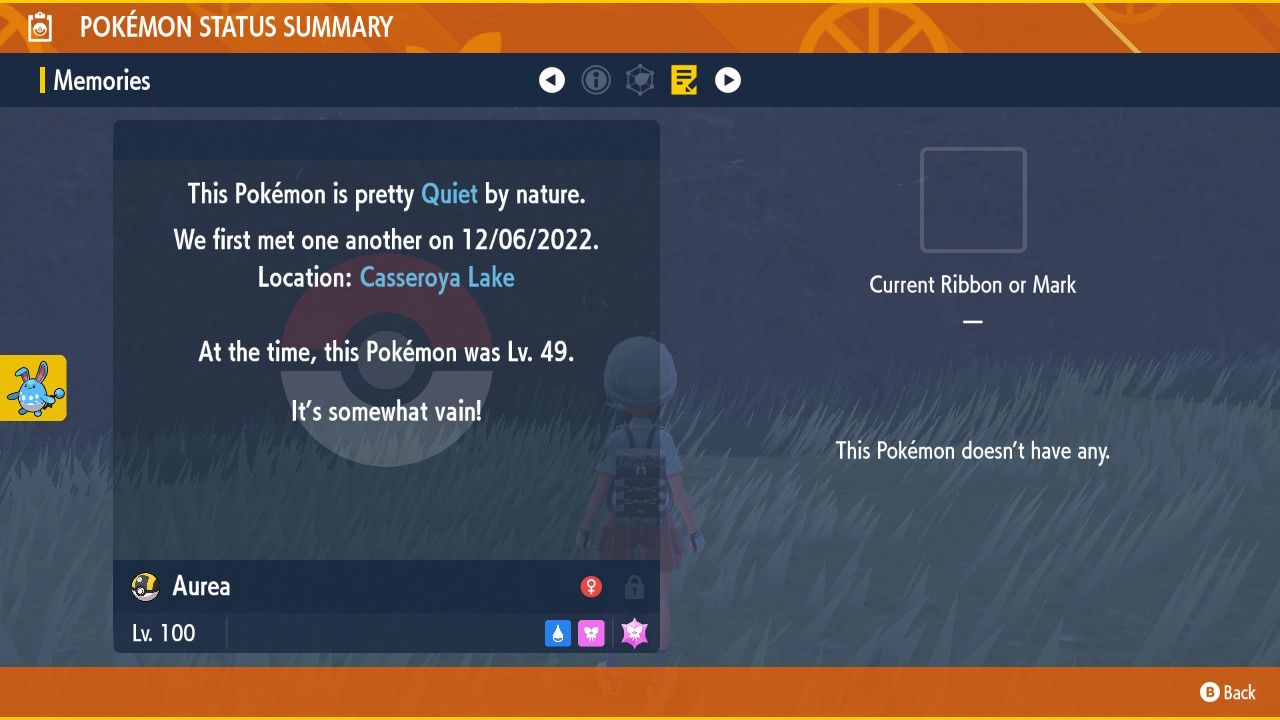 Just as any pokemon can have different base stats that you can actively improve, there is another mechanic involving them, called Natures. In theory and lore, Natures determine the character of your pokemon, but the truth is that it's just an extra parameter that will affect two of your stat categories (except HP) by buffing one of the stats by ten percent and giving a debuff for the same amount to another stat. The list is extensive since it covers all the possible combinations, and it goes as follows:

How To Use Nature Mints

There is an item you can obtain throughout the game to alter the stats benefitted by your pokemon's nature, called Mints. While these don't alter the Nature of the pokemon per se, they emulate the buffs and debuffs of another nature permanently, once you consume them. These can be obtained in any Chansey Supply store for 20,000 Pokedollars each or in the ground across Paldea, and they come in the following forms:

Now you know everything about Stats, EVs, IVs, and Natures, you can start building your own competitive team and be the best trainer in Pokemon Scarlet & Violet!