Sizzlipede is one of the brand new Pokémon introduced in Sword and Shield. Its evolution, Centiskorch, is one of the handful of Pokémon capable of using the new Gigantamax transformation. This gives it some immediate appeal for the battlers out there, even if more serious competitions will probably ban the Gigantamax version. This still leaves Centiskorch as pretty cool Pokémon concept, and one many trainers will want to catch.

In a Pokémon world full of increasingly complex designs, Sizzlipede is a simple idea. It’s a a radiator and centipede combined. It also appears to be based on centipedes and millipedes with bioluminesence. As Centiskorch, its frontal flames form a symbol that hearkens to the crest on samurai helmets. This gives it ties to feudal Japanese aesthetics. It’s appropriate, then, that it can be found in the very Japanese Fire-type gym. 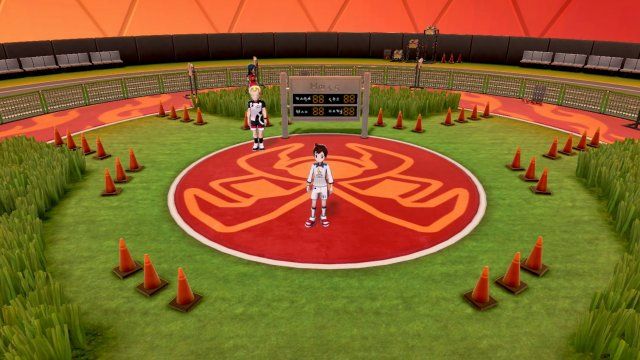 The easiest place to find Sizzlipede is inside the Motostoke gym. Gym Leader Kabu uses it himself, and the symbol on the gym is a samurai helmet with a fiery crest. As such, it’s the perfect home for the little guys. It also happens that capturing one will be part of your gym challenge. Just run through one of the three tall grass patches in the gym and you should find a Sizzlipede. Alternatively, you could find it earlier in the grass on Route 3. But the spawn rate is 1%, so you’ll have a much easier time in the gym.

Once you get Sizzlipede to level 28, it should evolve into Centiskorch right away. However, that’s as far as it will go. If you want a Centiskorch capable of achieving Gigantamax form, you’ll need to beat one in a Gigantamax Raid Battle.

You learn early in the game that you can take on a huge version of a Pokémon in a Max Raid Battle. A Gigantamax Raid Battle is essentially the same thing, only the Pokémon in question is in a unique form. In Centskorch’s case, it gets a lot longer and has more wispy flames on its head. You need to be sure you’re fighting this version of Centiskorch to have the one you catch be Gigantamax-capable.

The only place to encounter Gigantamax Centiskorch (outside of a special event) is the Stony Wilderness in the Wild Area. Look for this exact den, toss a Wishing Piece inside, and hope for a lucky spawn. 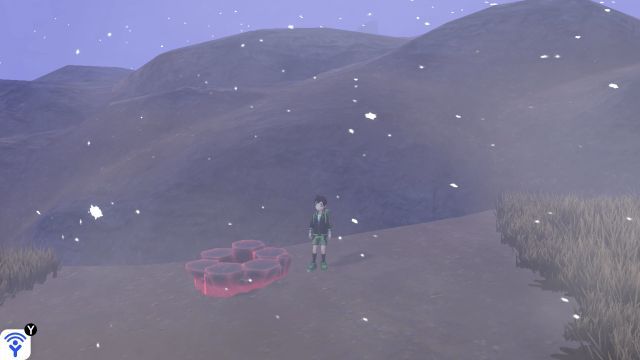 What Centiskorch Can Do In Battle

As a Bug/Fire-type, Centiskorch can play a unique role on a team. For one, it’s a Bug-type that can actually survive a Flamethrower hit. Centiskorch is also one of the very few Pokémon that can learn the move Fire Lash, an honor it only shares with two other Pokémon. Fire Lash is a decently-powerful Fire-type attack that will always lower the opponent’s defense by one stage. That’s an invaluable ability to have, and makes Centiskorch great at wearing down bulky opponents. In particular, Centiskorch can be a great counter to tanky Fairy-types like Clefable.

That said, these abilities make Centiskorch a rather limited Pokémon. By all means include it if you find that Clefable gives the rest of your team trouble. But building a team around one potential threat isn’t the most sound competitive strategy. And when it comes to hindering opponents or doing devastating Fire-type damage, there are plenty of better options in the Galar Pokédex.