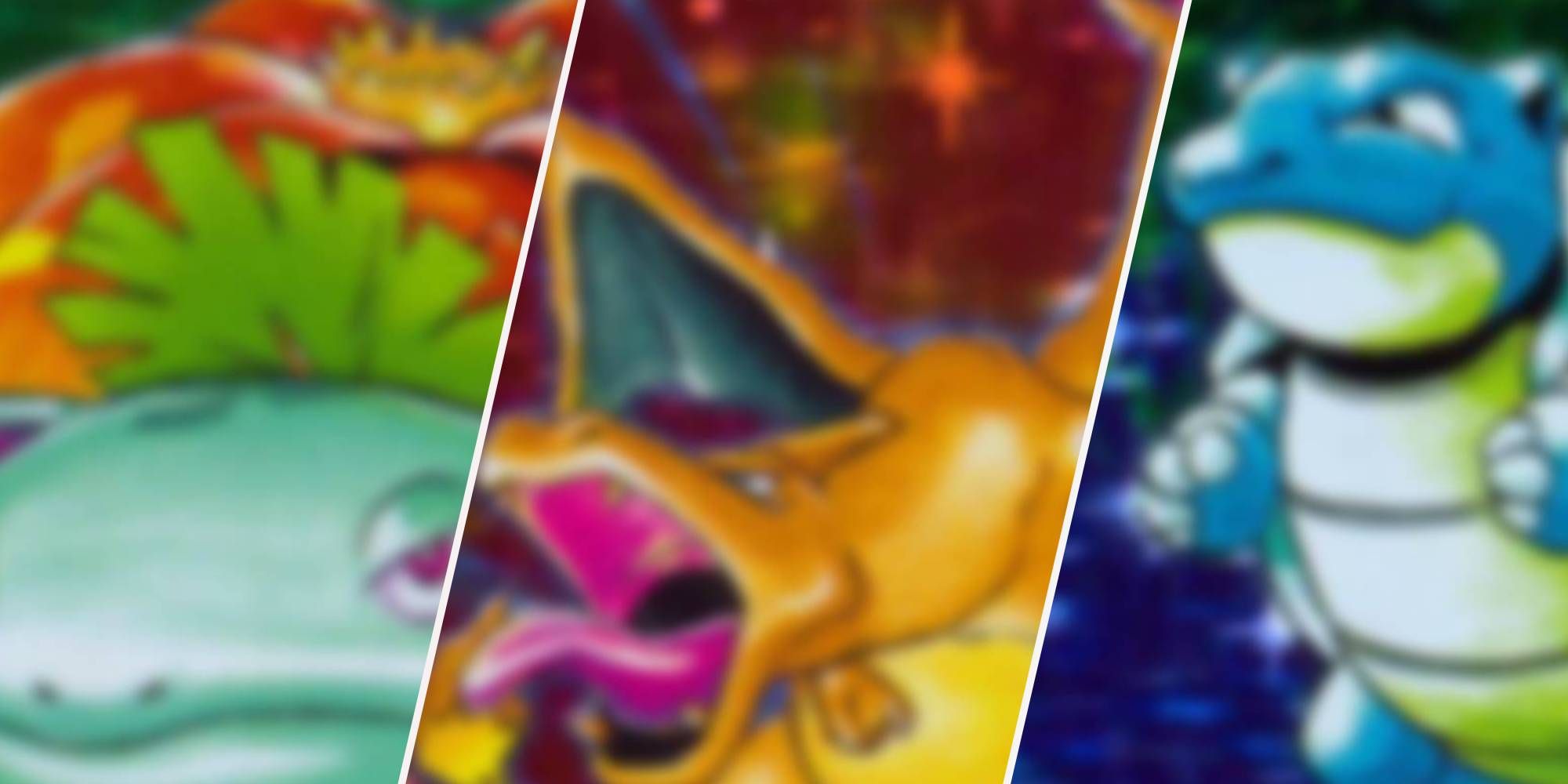 On the outside looking in, the Pokemon TCG might seem like a game of elementary skill, where the more HP and attack power someone's card has, the likelier they are to win the game. And while powerful Pokemon do factor into the equation, even the mightiest of them can be brought to their knees with the proper understanding of type-based weaknesses and resistances.

There are presently ten elemental 'types' of Pokemon in the TCG. But fans of the Pokemon video games will know there are 18. Why are there fewer types in the card game? What are the most common weaknesses and resistances per type? And what are some common deviations to watch out for? Let's dive in.

"Give Me The Basics" 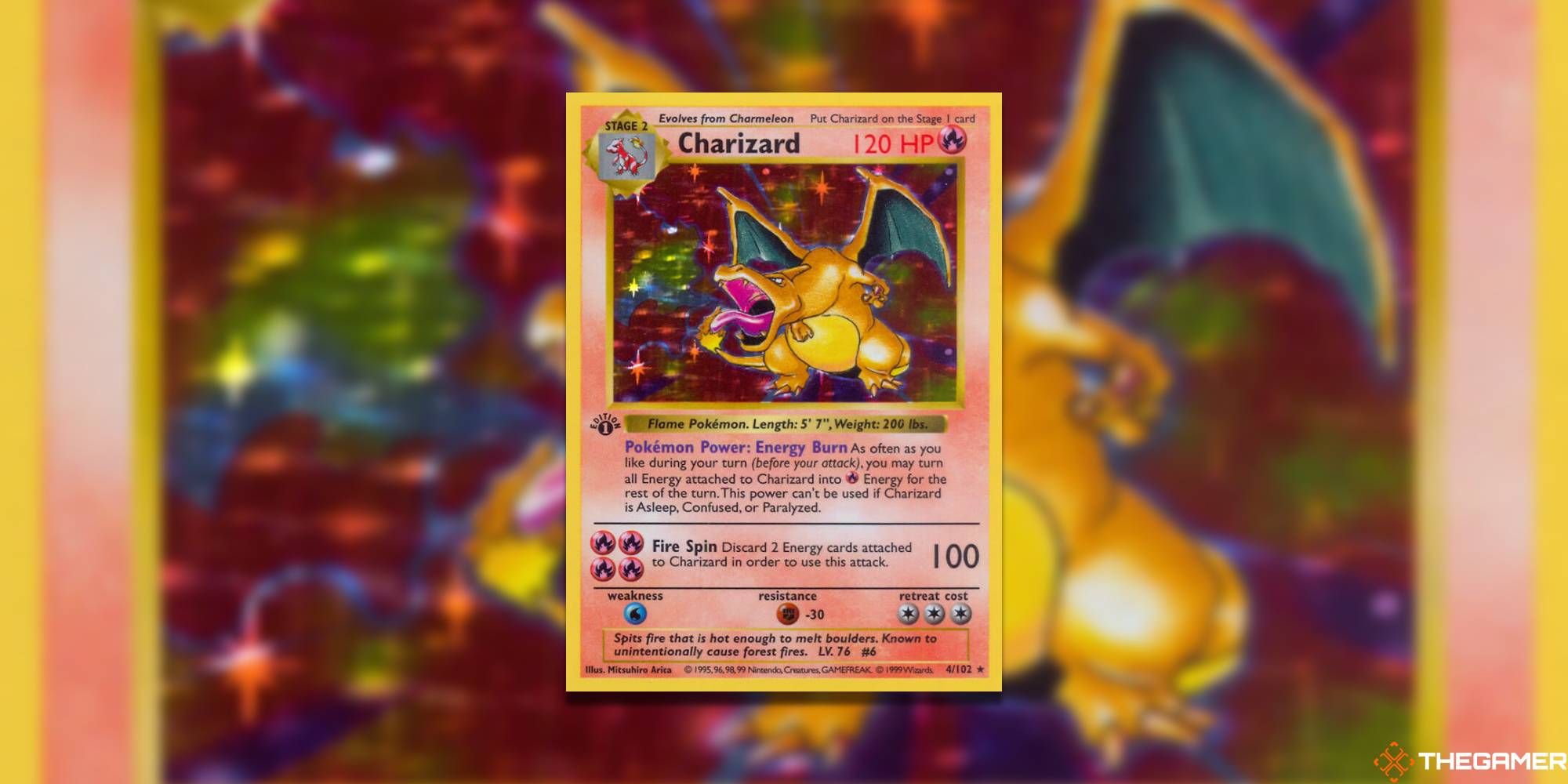 At the dawn of the Pokemon TCG — late 1996 in Japan, early 1999 abroad — weaknesses and resistances were fairly simple to predict. That's what makes this era so great at providing an overview of the system.

Most Pokemon have a weakness and/or resistance. There are exceptions to this rule, but for the purposes of our explanation, we'll write those off (if a card has neither a weakness nor a resistance, it's not exactly good for explaining the concept!).

Take Fire-type cards. This includes everyone's favorite old-school beast, the original Charizard. Most commonly, they are weak to Water. In Charizard's case, he's also resistant to Fighting. When a Pokemon is weak to a type, all attacks from that type will hit for double damage. A common (and understandable) supposition, then, is that when a Pokemon is resistant, attacks do half-damage. This isn't quite correct; instead, it's 30 less damage.

Let's put this into practice, then, with our old, trusty Charizard. Let's say the original Dugtrio card shows up with four Fighting-type Energy cards attached so that it can use Earthquake. Normally, Earthquake hits for 70 damage. But because Charizard is resistant, it only hits for 40. Since Charizard starts with 120 HP, it's down to 80, which really isn't so bad.

But along comes Poliwrath. Poliwrath's best attack ordinarily hits for 40 damage. Charizard takes twice as much damage from Water-types like Poliwrath, however. That 40 becomes 80, which knocks our boy out fair and square.

"You Know What, Never Mind, Just Show Me A Table" 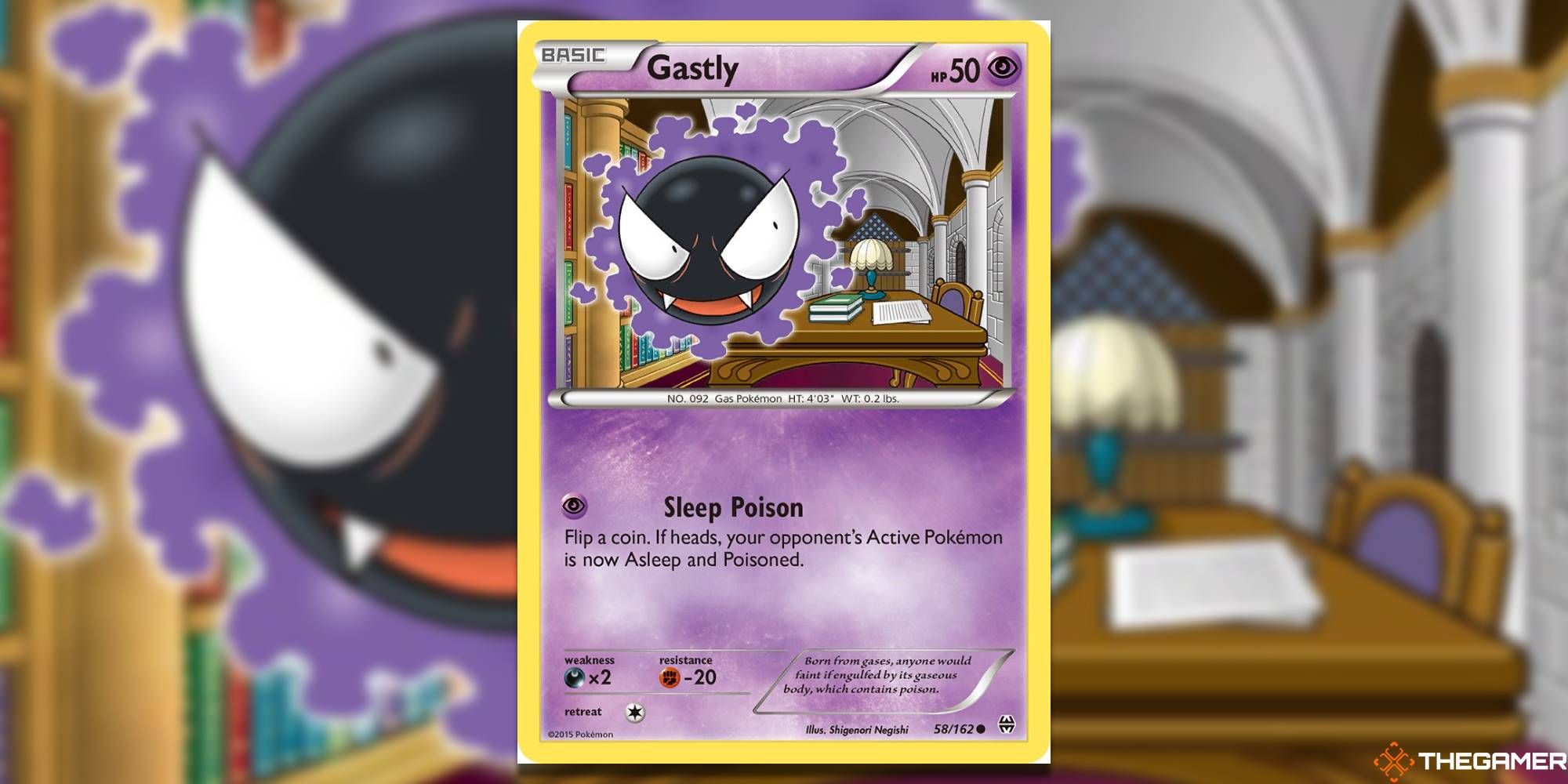 Furthermore, while we'll attempt to make this clear within the tables as well, very few Pokemon have multiple weaknesses and/or resistances, to the point that you'll virtually never see it today.

"But So Much Of That Chart Makes No Sense!" 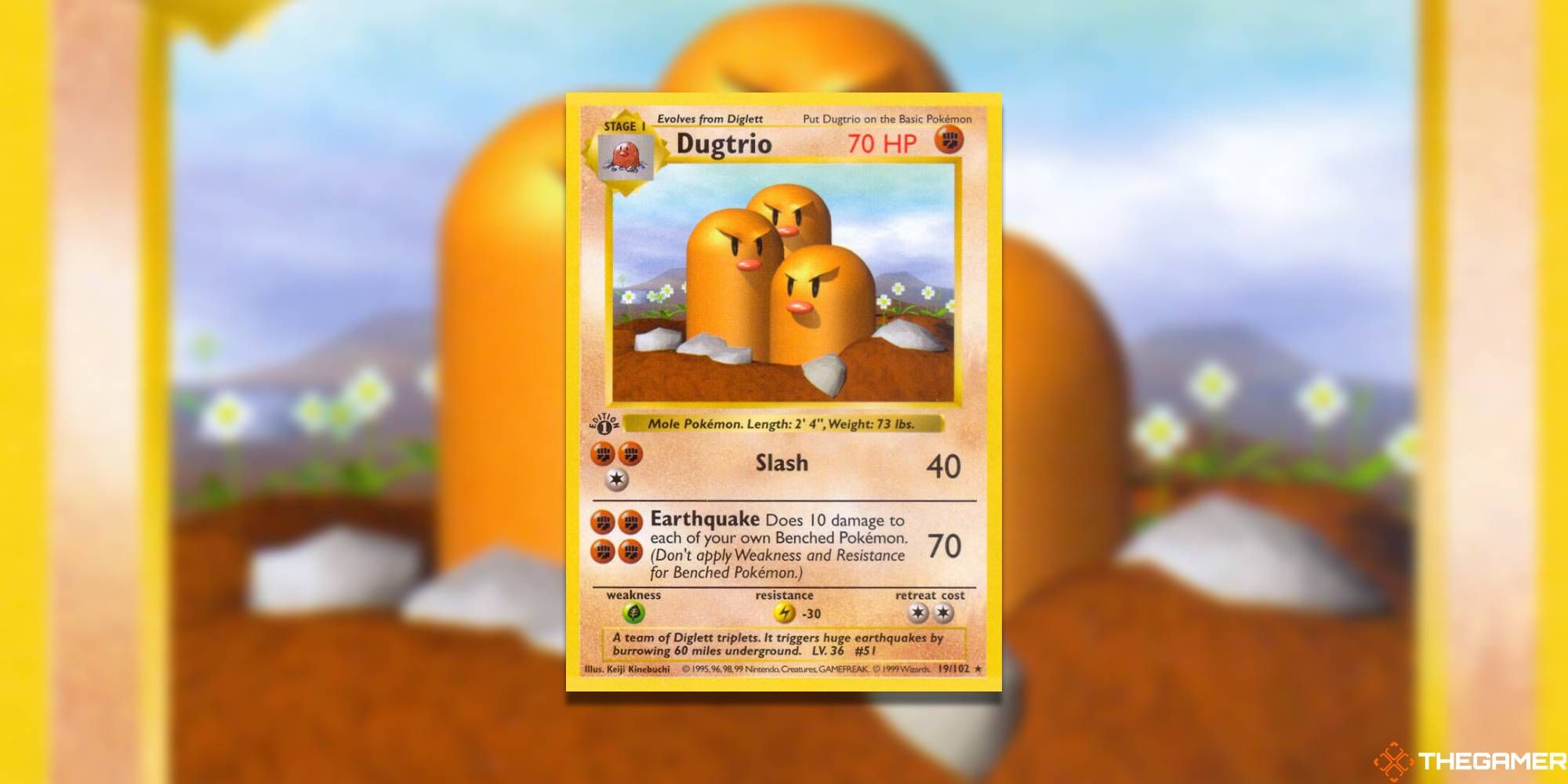 Veterans of the Pokemon video games and newcomers to the overarching franchise alike may look at the above chart and come away confused. For starters, why are so many Pokemon not commonly resistant to anything? Why would Grass Pokemon be weak to Psychic? Why would Fighting Pokemon be weak to Grass or Water? There's a lot to unpack.

The most important thing to understand is that, by simplifying the games' 18 types to ten, the makers of the Trading Card Game have effectively batched those eight missing types in with other cards. The Poison type, for example, does not exist in the card game. Instead, the majority of its representatives are Grass-type, while some others are spread elsewhere.

In the games, Poison-type Pokemon are weak to Psychic. Thus, a fair few Grass-type Pokemon cards must then deal with Poison's conundrum. Poison has folded over into Grass, and these Grass cards retain the weakness.

Truly, this is the rationale behind a lot of what might not fly straight in our brains on first glance. Water is absolutely not weak to Steel (the games' name for the TCG's Metal type) anyplace else but here in the Pokemon TCG. Why are some Water-type cards weak to Metal, then? Ice is one of the eight nonexistent types here, and most Ice-type Pokemon predictably fold into Water. Ice actually has a ton of weaknesses in the video games, as players know all too well; for the TCG, it's typically Metal cards that get that boon.

Another type that didn't make it into the TCG is Flying. Flying Pokemon are thus most frequently relegated to Colorless, which is the TCG's unique name for what is called 'Normal' elsewhere. But many Flying-type Pokemon go someplace else instead of Colorless, and it's usually because they have some defining trait that we tend to think of first and foremost — Articuno is a Water card; Zapdos is a Lightning card; Moltres is a Fire card.

All three of these Pokemons' cards tend to have a resistance to Fighting. Again, this is that slippery part where the eight missing types are factored into for weaknesses and resistances. That's why our pal Charizard earlier had a Fighting resistance that made Dugtrio's Earthquake so soft. It's not that Fire types are usually resistant to Fighting; indeed, many lack a resistance. It's that Charizard, in the games, is Fire/Flying. 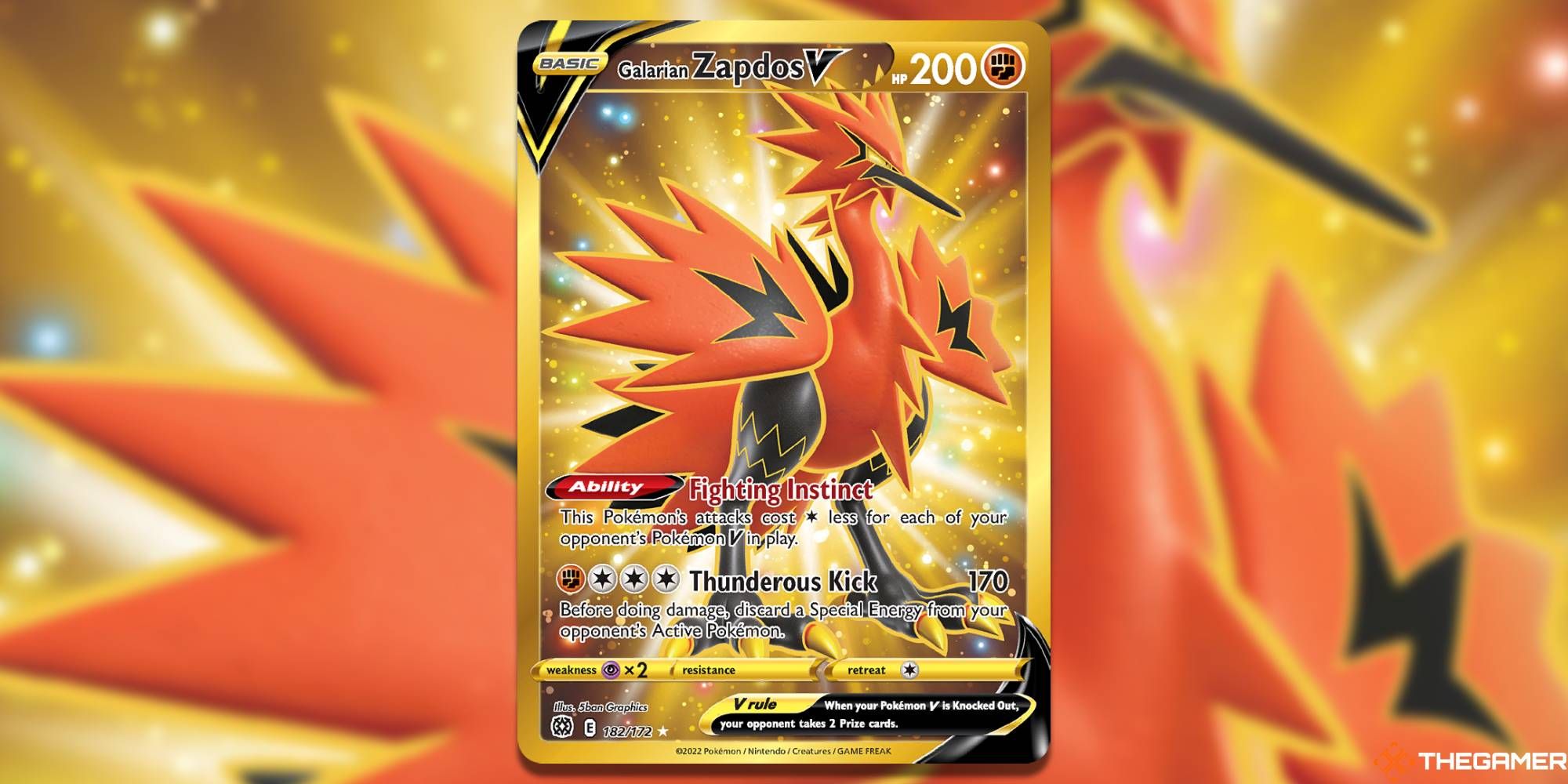 It's true that some Pokemon in the TCG don't fit what we've discussed thus far. There are varying reasons for this. For one thing, they may be special versions of a species. (The TCG has been around for so long that most species are represented with several cards from separate sets through the years.)

Galarian Zapdos from the Sword & Shield era's Chiling Reign expansion is a fine example. This particular Zapdos is a unique sort of pal whose type combination in the Sword & Shield video games is Fighting/Flying. But since the TCG doesn't usually deal with dual-types (it has in the past, sporadically), this is shorthanded. Hence, Galarian Zapdos is weak to Psychic, whereas most Zapdos cards, being Lightning-type rather than Fighting-type in nature, are most certainly not weak to Psychic.

We should briefly touch up on Fairy-type cards, which have intentionally not been mentioned until now. As of Sword & Shield, the Fairy type has suffered the unfortunate distinction of being removed entirely. It's the only type that this has ever happened to, and no doubt, it came after much deliberation on The Pokemon Company's part. But, of course, removing a type from future expansions doesn't magically destroy all physical copies of preexisting cards. If you're playing without regard to the current official rotation of 'legal' cards, you may encounter Fairy cards, but otherwise, you never will.

And then there are the exemptions galore. You see, in a card game as long-running as Pokemon's, you're going to find that some species' representations go entirely against the grain. Those cards are just as worthy of discussion. Some cards have no weaknesses or resistances whatsoever. Hey, that's fine. Some have a weakness that you'll never find for any other card of that type. Also fair. A lot goes into consideration as to what a Pokemon will be weak to when being ported, as a concept, from the video games (and the anime, manga, and so forth) to cardboard collectible format.

Occasionally, you might run into an old card that has a weakness of, say, +20 damage, rather than double. Or a resistance with a quirk of its own. These, too, are rarities.

"This Is Too Complicated" (Spoiler: It Isn't!) 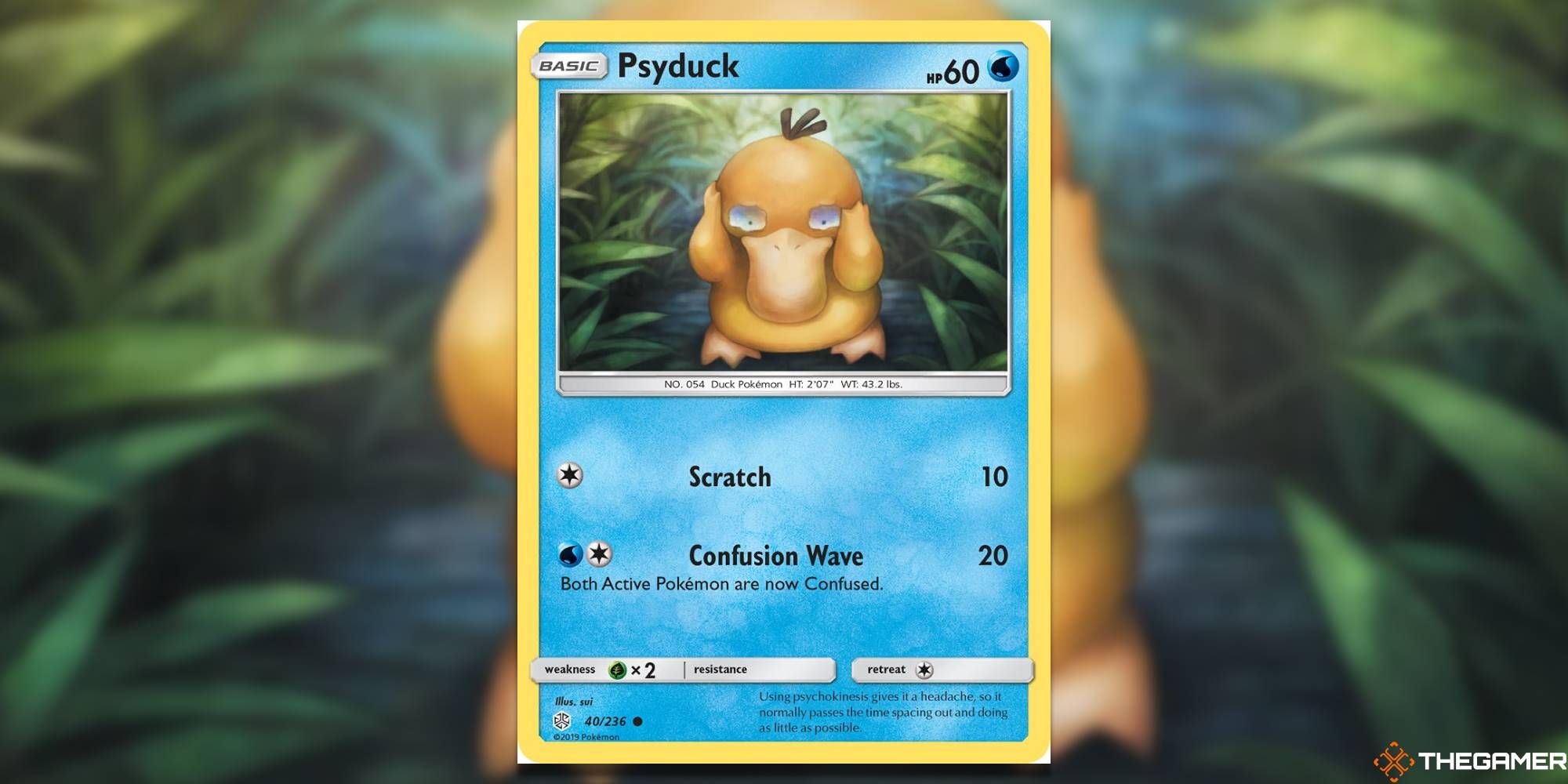 If that's how you're feeling, we get it, and we apologize. We've spent so much of this guide talking about exceptions, that it's easy to lose track of the fact that they are, indeed, exceptions. Our table from earlier is accurate more often than not. And, ultimately, all that matters is that you understand when, where, and why one of your cards takes double damage from one of your opponent's, or vice versa, or why resistance is reducing damage between cards.

In the final telling, that's the important bit. If you can look at one card, say, a Water-type card, and see that it's weak to Lightning-types, and you understand that the Lightning-type Pokemon that attacks your Water card will do twice as much damage? Excellent. Just keep at it from there. Every Pokemon card has a 'Weaknesses/Resistances' category toward the bottom of the print.

Recognize the symbols, looking them up if needed until they all stick in your mind. Soon, you'll be recalling weakness and resistance like a Pokemon Master. (Whatever that is.)