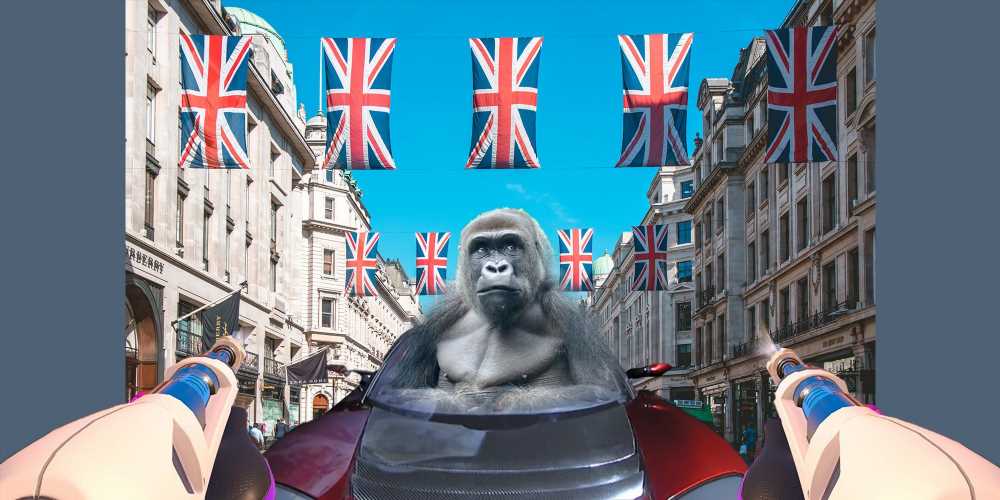 PowerWash Simulator is asking players what levels they want to see in future updates to celebrate it hitting three million players. It opened the floodgates on its official Discord server with a "job-suggestions" channel that already has 348 posts, ranging from Chicago's Bean to a 1956 Chevrolet Bel Air Sport Coupe to Gorillas.

"I like gorillas", FrappichinnoCoffee put in their description. But they got told that they're not allowed any living things, so animals are completely off the table. "It would be a statue. Get it together", they replied.

There are a lot of wild choices out there (as reported by GamesRadar) but one of the weirdest might be the entirety of London. 1:1? Miniature? Whatever the case, this would certainly be PowerWash's biggest level to date, but as A. wrote in the description, "Needs cleaning, what can I say".

There are some pretty decent ideas like Mount Rushmore, a toy store, museums, or an F1 track, then there are neat crossovers that, while dependent on licensing, would certainly be fun to dig into and clean. To name a few, fans suggested the TMNT hideout, maybe with Splinter sitting on a sofa, saying you missed a spot; USG Ishimura from Dead Space where you could "wash off their limbs", and even Avengers HQ. Though the description for that is just "Mr. White" – wrong series.

Maybe a secretive meth lab run by Gus would be a fun one to clean if a little more stressful than the usual PowerWash experience. Otherwise, fans suggested Elon Musk's space car which would require a quick trip out of the atmosphere.

"Elon Musk launched a car into space a few years ago and I bet it's getting dirty up there," deadbeat wrote. "I think we should go clean it."

The PowerWash team will look over these serious and… not-so serious ideas, before putting together a shortlist of popular choices voted on by the community. They will then "put them head to head in a knock-out style vote later this year", so if your choice gains traction, it could very well make its way to the game.