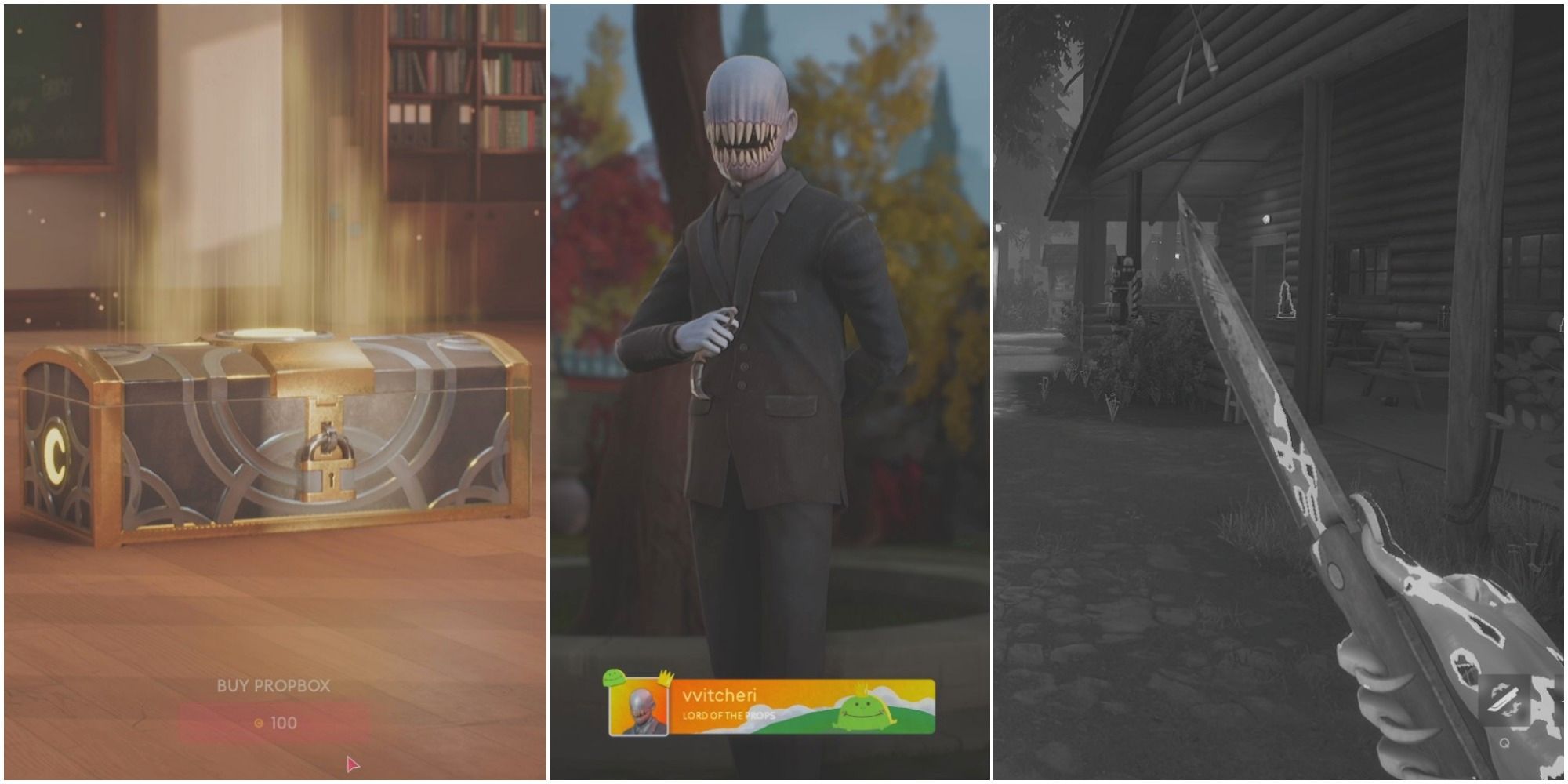 From the start, it was clear that Propnight needed some balance changes and a bit of smoothing out. Many players felt the game was too "killersided" or unfair to Survivors, or that certain Killers like the Imposter or Granny were simply too overpowered in their original state.

It has been exciting to see how quickly FNTASTIC Games has been rolling out updates both big and small since launch, giving us hope that change is just right around the corner. From improving the prop "bonk" mechanics to adding Propboxes, we have seen a lot of interesting improvements to the game. There are still some fixes that Propnight could benefit from. 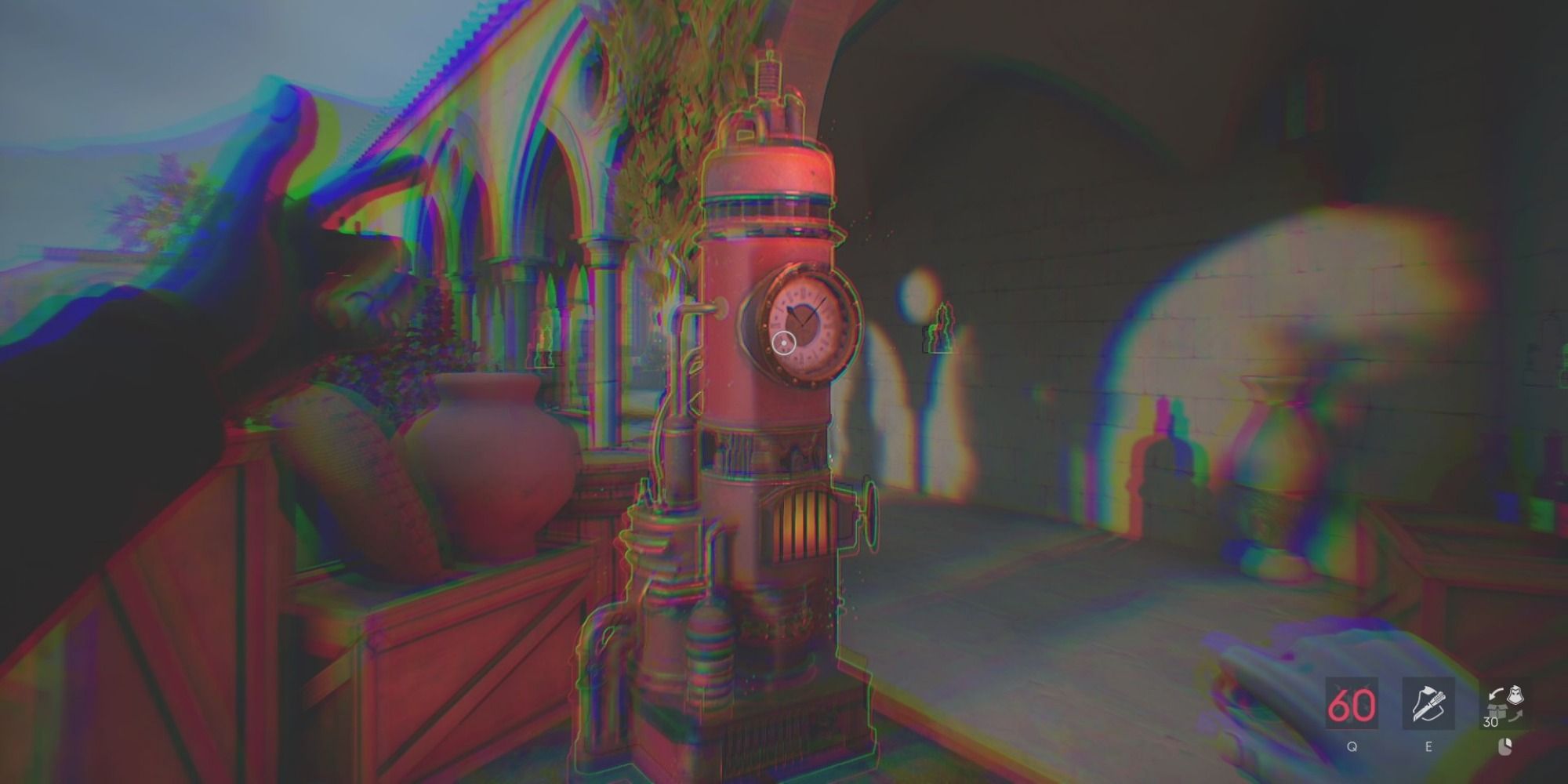 Since the beginning, players have felt that the Imposter was a uniquely overpowered Killer. Propnight has gone back and forth with nerfs to Imposter, at first bumping his "Prop" ability cooldown to 7 seconds, only to reduce it back down to 5 seconds in Patch 1.0.10. While his ability to turn both into props and into other Survivors is frustrating, his real power comes from his "Overcharge" ability, which overcharges all unrepaired Propmachines and increases movement speed for repaired machines.

With update 1.0.9, Imposter can no longer see the silhouette of Survivors standing near Propmachines through the map when this ability is triggered. But the fact remains: no other Killer has an ability that spans the entire area of the map. Reducing the Imposter's Overcharge ability to a certain radius would make it much easier to repair Propmachines when facing the Imposter. 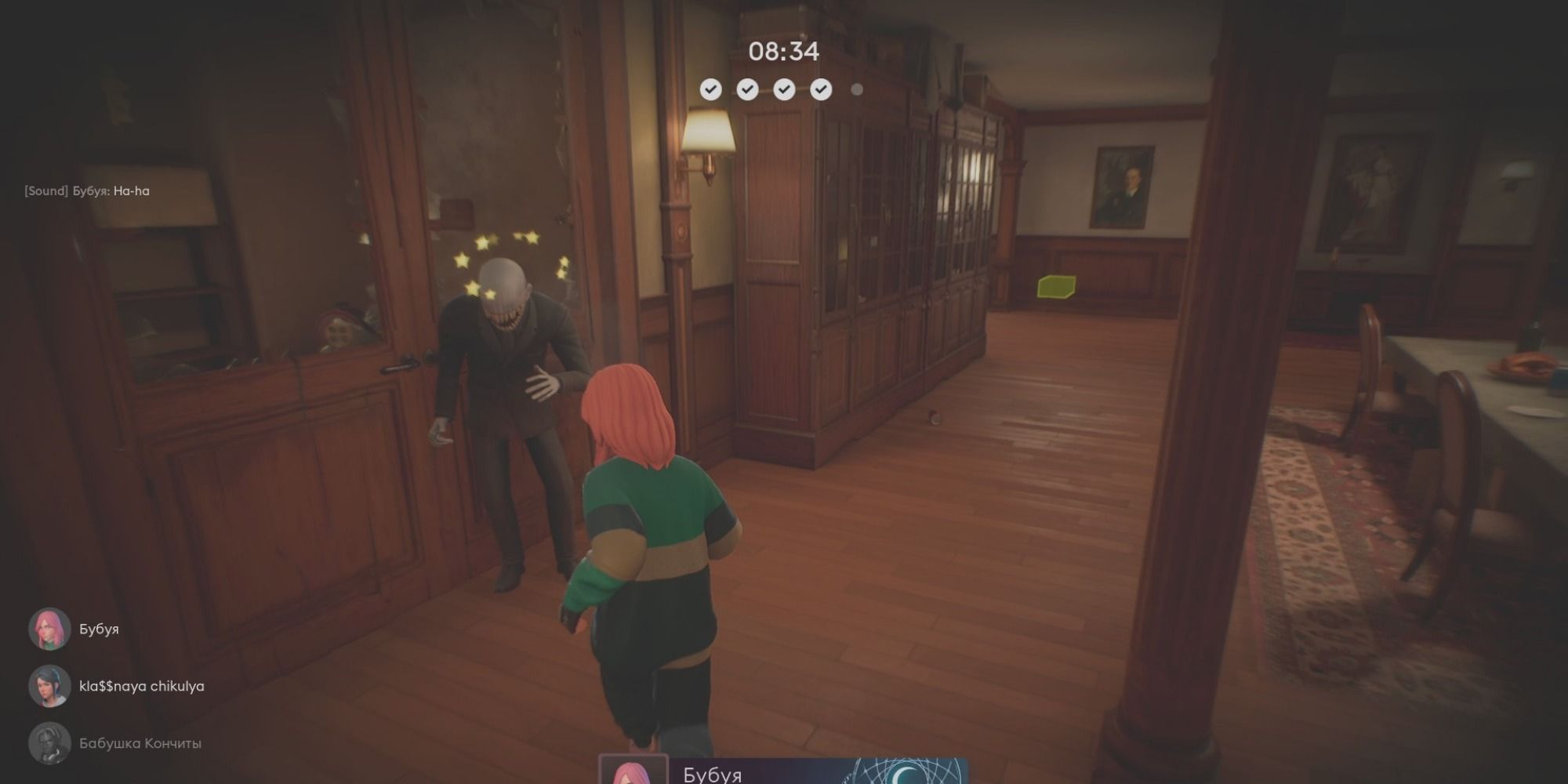 There is nothing more frustrating as a Survivor than to successfully close the door on the Killer, just to get knocked or worse, watch the Killer seemingly phase through the door. On the flip side, it can be aggravating as a Killer to see yourself safely outside of the door's reach on your screen, only to get stunned by a Survivor anyway. Smoothing out the door stunning mechanics on every map would go a long way towards making the game feel fairer for both Killers and Survivors.

8 Disable Granny's Attack While In Astral 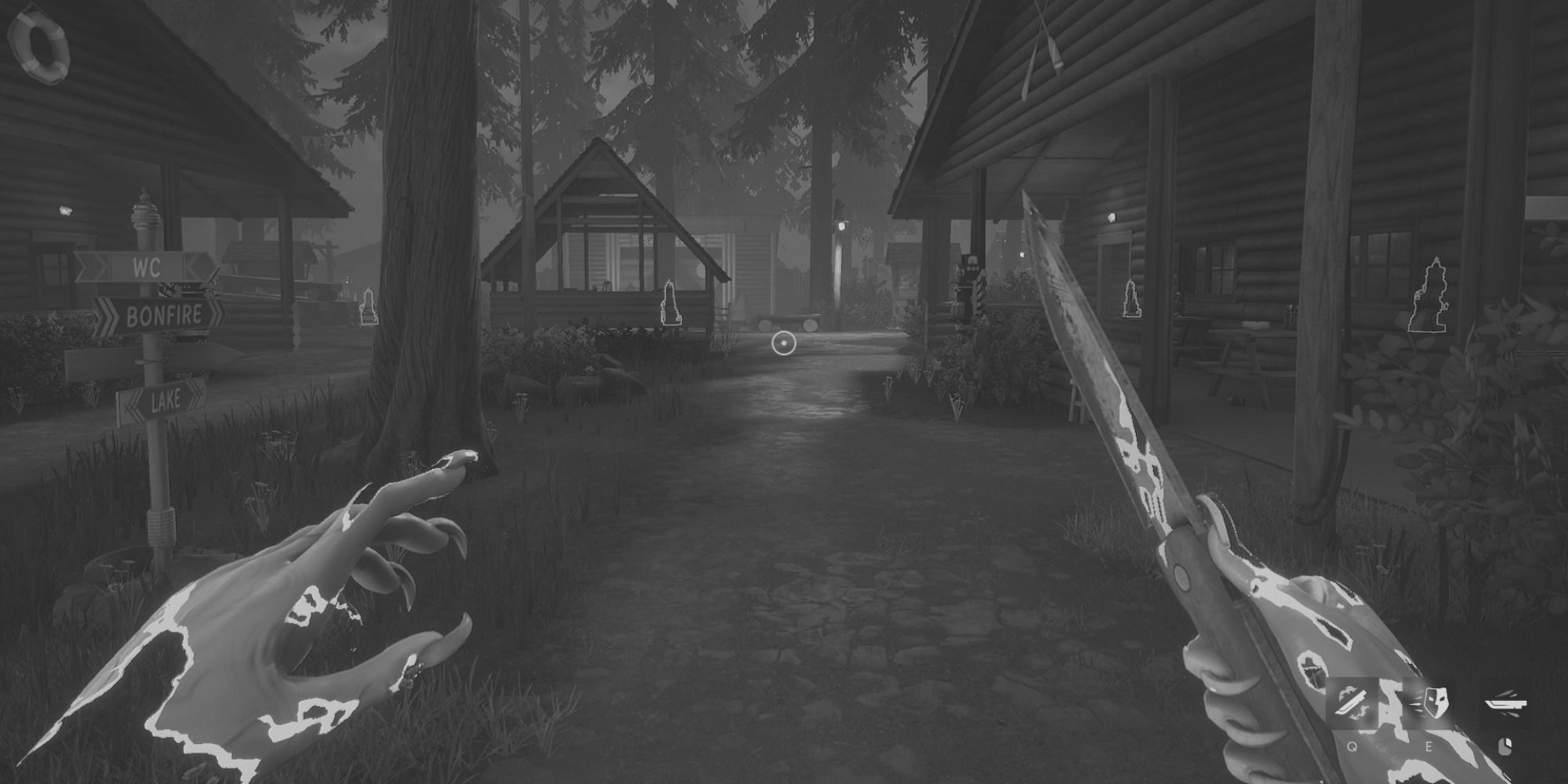 Besides Imposter, Granny was another Killer that gave Survivors quite a bit of grief. Propnight has since nerfed Granny's "Mine" ability, giving her only one charge to place her floating knife anywhere on the map. While this has certainly made some improvements, what was more perplexing was a nerf that was made to Granny that was then re-instated one patch later.

This was a change to her "Astral" ability which made her unable to attack until the Astral effect ended. Instead, her movement while in Astral is now 7 percent slower than her original state. "Locking" Granny into Astral until the animation is complete was a much-needed fix that we would like to see return. 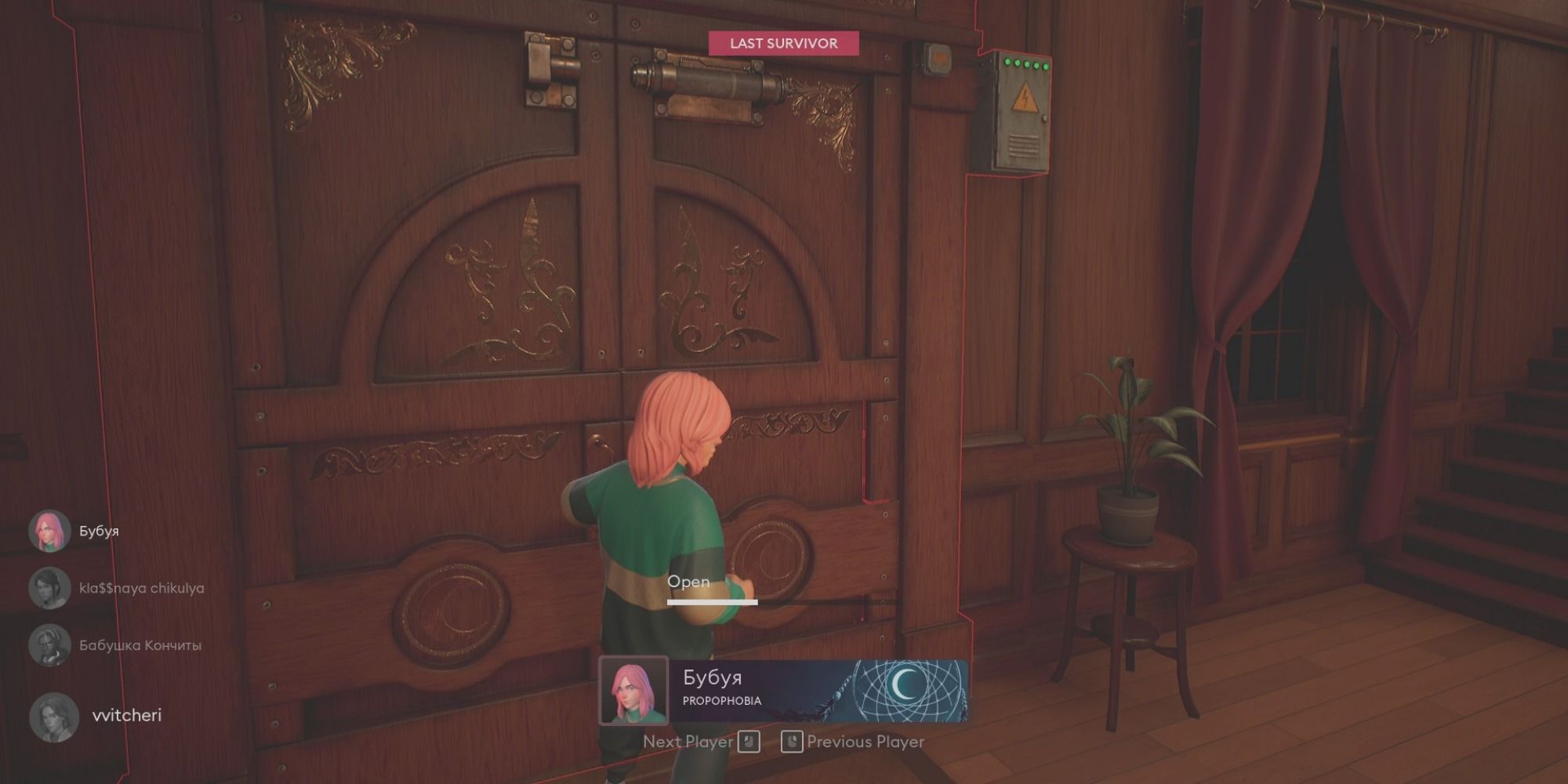 A lot of Propnight players who come from the Dead By Daylight community have been wondering why there is no "hatch" mechanic. In Dead By Daylight, once there is only one Survivor remaining, an escape hatch that randomly spawned on the map automatically opens up, giving the last Survivor a quick escape.

The maps in Propnight are so small that the addition of a hidden "hatch" would be tricky, but on the flip side, with many exit doors so close together, it is pretty easy for the Killer to loop the Doors and find the Last Survivor. Buffing the speed at which Last Survivor opens doors or even making them open automatically could remedy the difficulty of winning as Last Survivor. 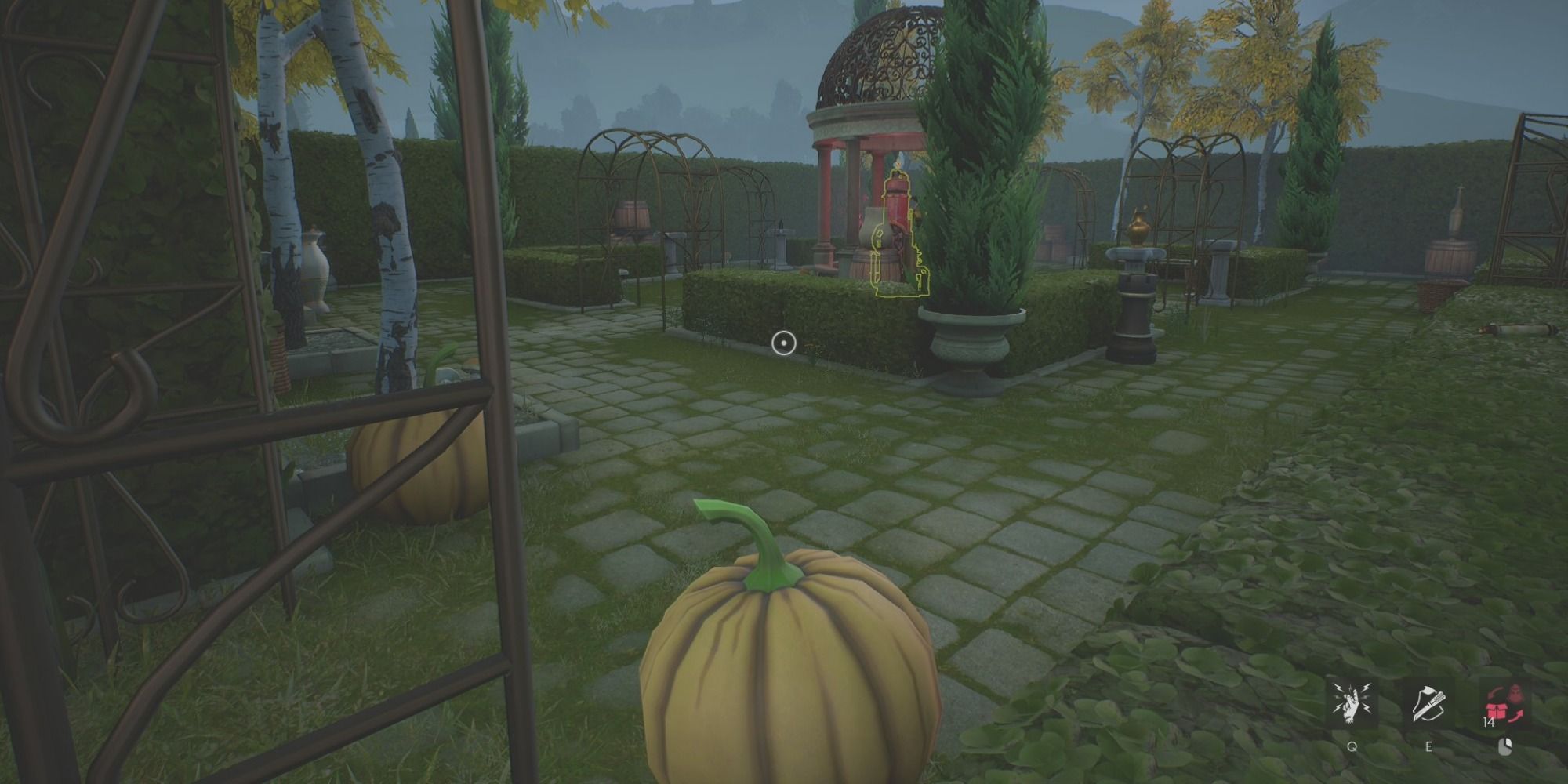 With some communication, it's easy enough to warn your fellow Survivors about the Imposter's whereabouts and let them know which Survivor he is currently disguised as. It is a little more tricky to tell the Imposter apart from your teammates when he is disguised as a Prop, however. Now that the Imposter's prop speed was increased by 4 percent in Patch 1.0.11, it would be nice to see the cooldown of his "Prop" ability bumped back to 7 seconds, if not more. 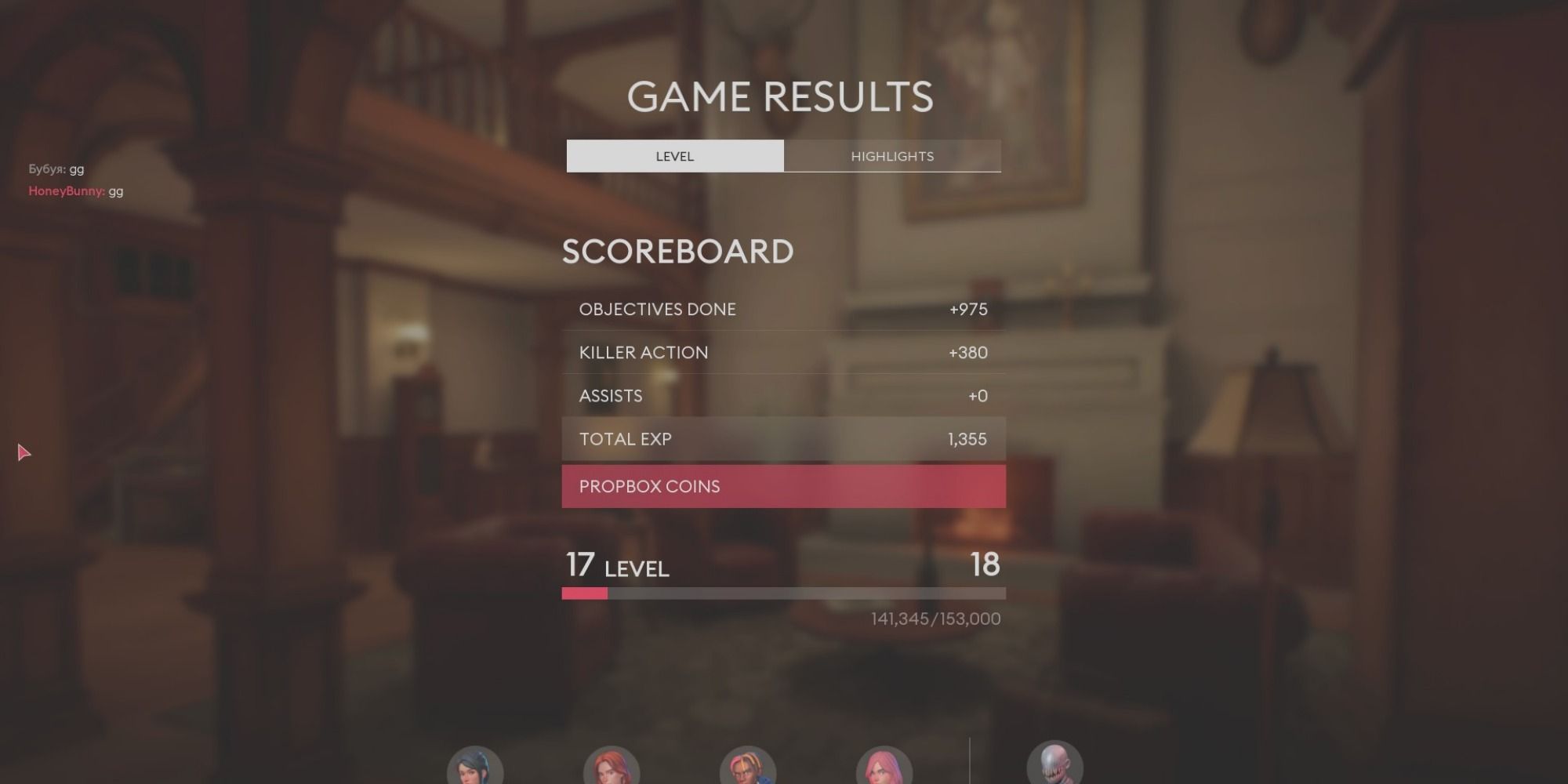 We had all been waiting eagerly for Propcoins and Propboxes to be introduced to the game, so we could finally buy all our favorite Survivor skins. The disappointment was real when it was revealed that you could only earn Propcoins by getting wins. Ten Propcoins, to be exact. Unless you are playing Killer, in which case you get fifteen. With each Propbox costing 100 coins, it takes a remarkable amount of grinding to unlock just one.

In the game's current state, there is no reward for doing well in a match, win or lose, and sadly earning XP means nothing when levelling up has no reward. Introducing a system of daily or weekly challenges that players can complete to earn bonus Propcoins would solve this instantly, and make grinding matches feel much more rewarding.

4 Decrease The Cooldown Of Banshee's Scream 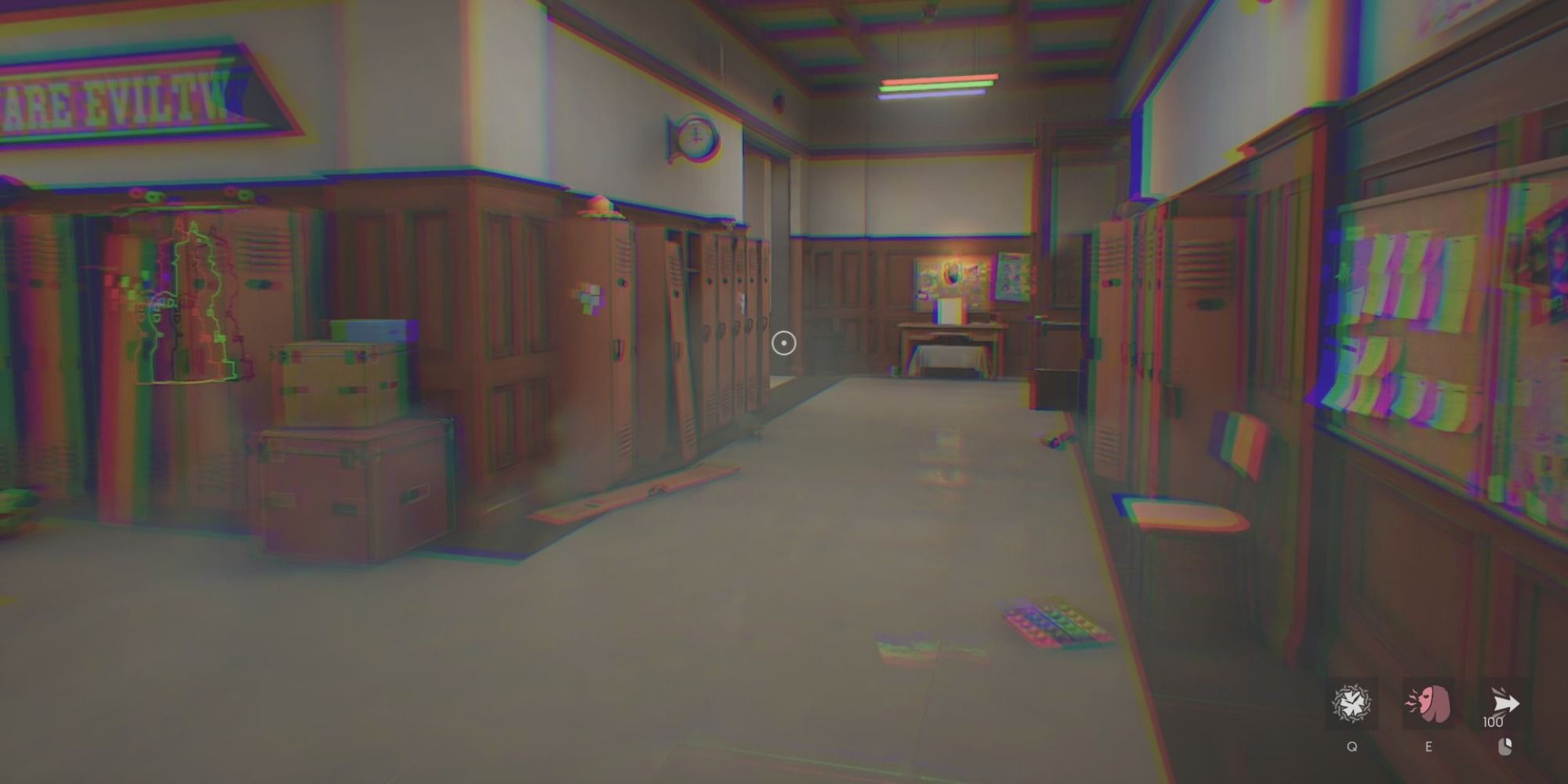 Creating successful balance changes in a game like Propnight means more than just nerfing strong Killers like Imposter and Granny. Weaker Killers could use some fiddling as well. While Banshee is altogether a pretty rounded-out Killer, reducing the cooldown of her Scream could make it more viable as an ability. With a shorter cooldown, Scream could be used much like Igor's Soda Bomb in order to reveal disguised Survivors. The damage output of Scream could simultaneously be nerfed to offset too many unfair knockdowns.

3 Create "Seasons" To Swap Props Around 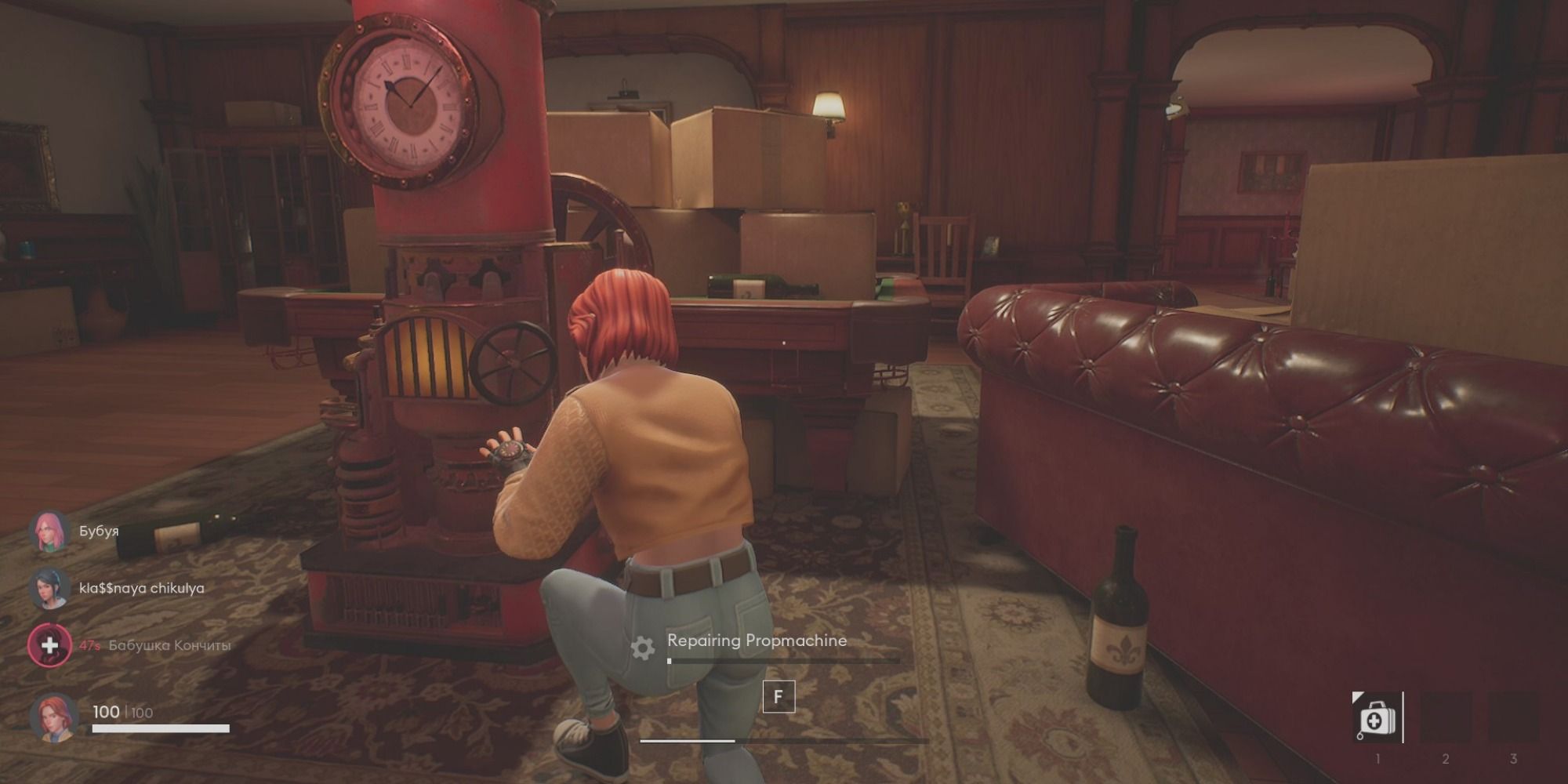 You think you found the perfect hiding spot, only for the Killer to turn around a corner and make a beeline towards you to knock you down. Are they cheating? No, that Killer just knew there were only two bottles in that spot, not three. It was only a matter of time before players began to memorize the layouts of maps, making it even harder to hide as a prop.

The addition of prop "seasons" could be a solid solution to this issue, in which each map receives a big overhaul, and most of the props are switched out or moved around to keep crafty Killers on their toes. 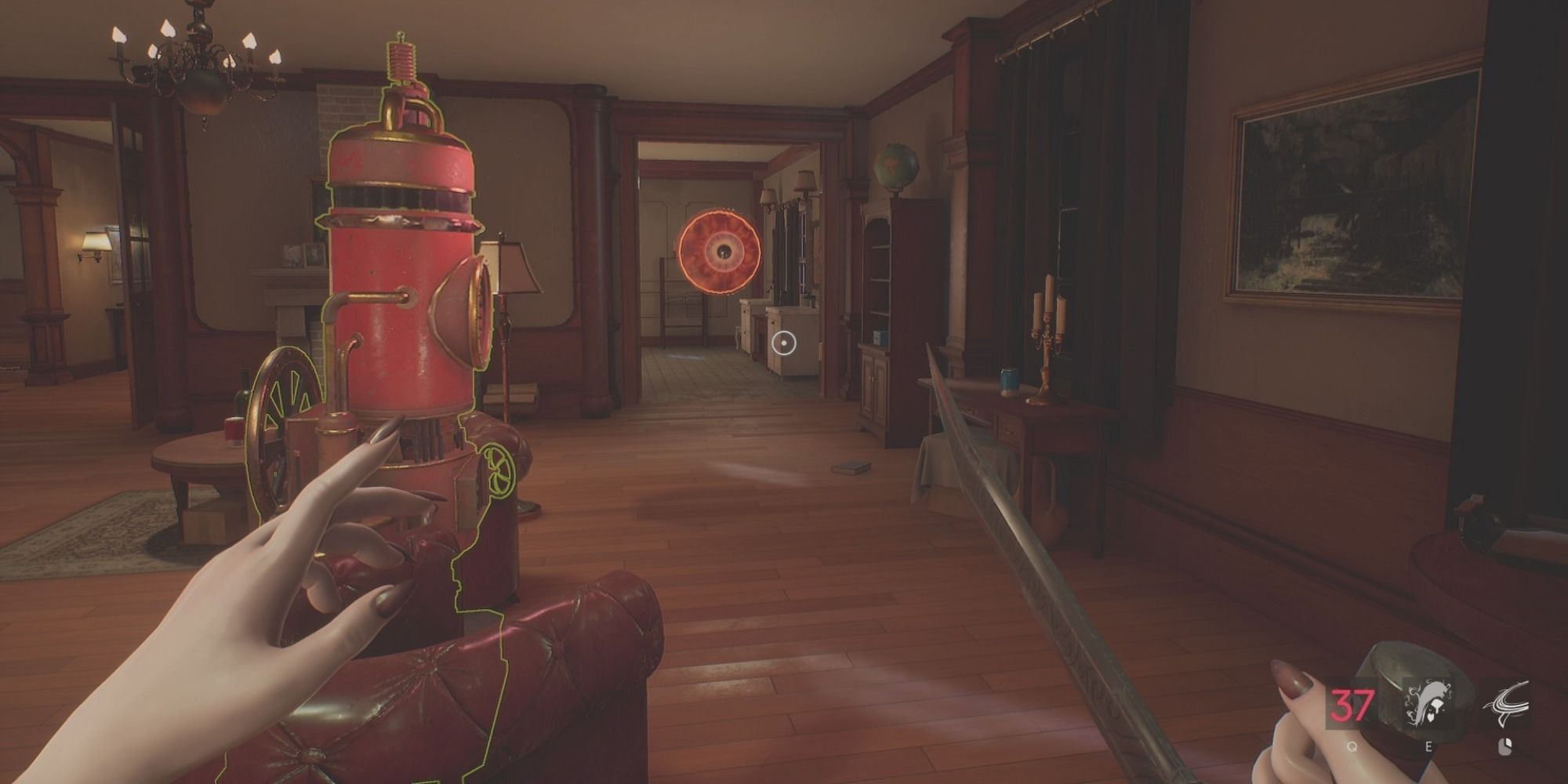 Just as the Imposter's "Overcharge" radius could do with a nerf, Akasha's "Blood Eye" could do with some beefing up. Once placed, her Blood Eye will alert Akasha to any Survivors in its vicinity. But the radius at which this triggers is fairly small at the moment. Giving the Blood Eye a bit more range could make Akasha a much more powerful Killer to come up against.

1 Give More Loot In Propboxes 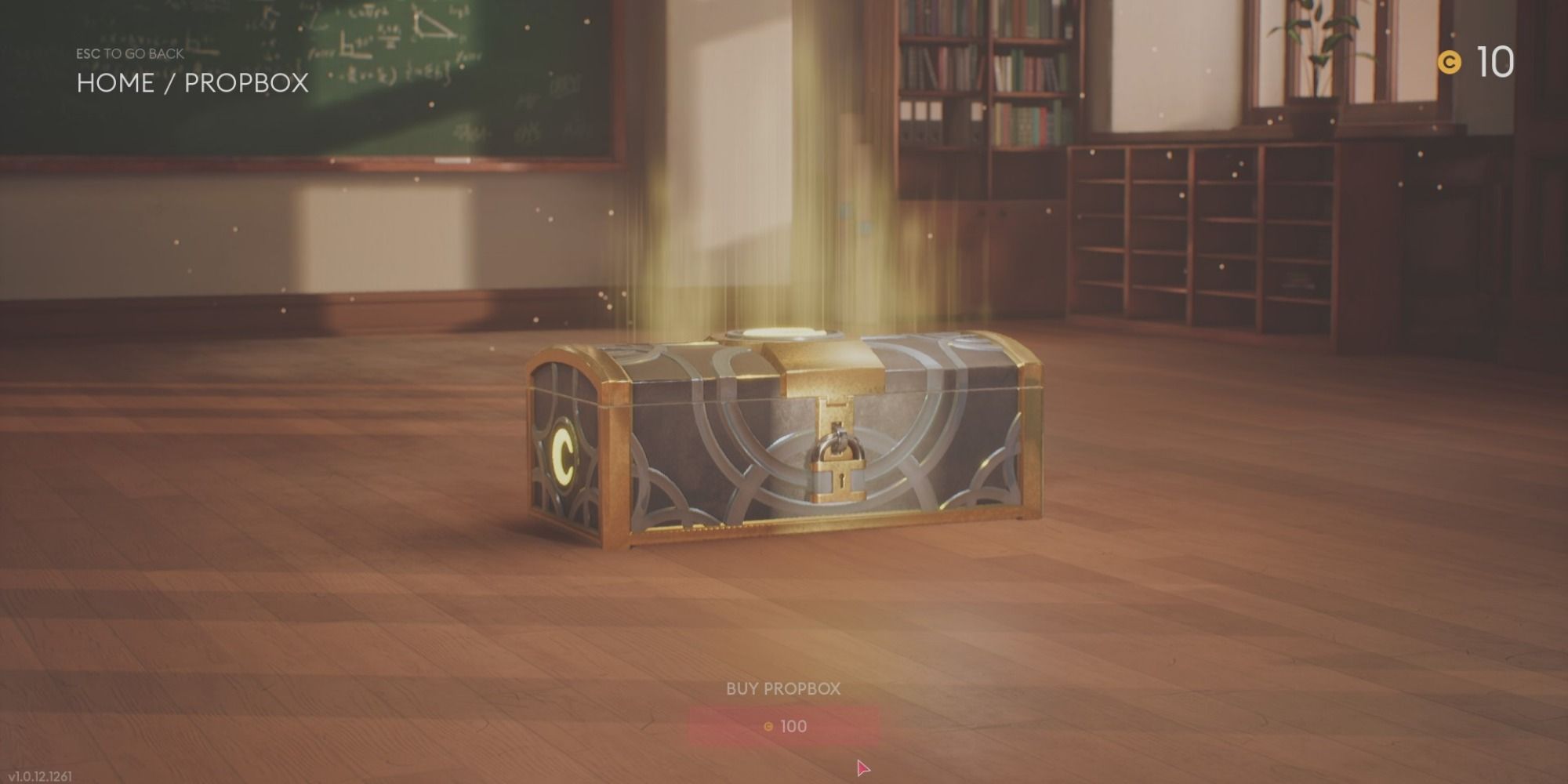 It doesn't feel very nice to grind through ten wins as a Survivor – a great feat in the game's current state – only to open a Propbox just to get a common banner. Regardless of any upcoming changes to Propcoins that will hopefully make them easier to obtain, giving players two or even three items per Propbox would be much more rewarding. Even if the probability of winning common banners, avatars, and tags were much higher than getting a skin, it would make a huge improvement.