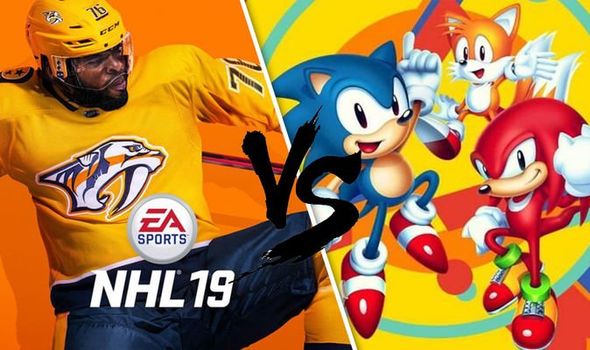 Sony and Microsoft have revealed the PlayStation Plus and Xbox Games with Gold releases for June 2019.

Sony made their announcement first, telling fans that Borderlands: The Handsome Collection and Sonic Mania would be available to download on June 4.

The Games with Gold 2019 lineup is headlined by NHL 19 and Rivals of Aether on Xbox One, while Portal: Still Alive and Earth Defence Force 2017 are available for Xbox 360.

Rivals of Aether joins the lineup on June 16, alongside Earth Defence Force 2017 for Xbox 360.

With the PS Plus and Games with Gold releases ready to download, Express Online looks at which is the better lineup for June 2019.

To make things fair, we’ll only look at the PS4 and Xbox One games for June and not Xbox 360.

EA Sports NHL 19: “In NHL 19, hockey returns to its roots by taking the game to the great outdoors. Play on outdoor rinks and journey from the pond to the pros in new and returning modes.

“Compete with and against over 200 of the greatest hockey Alumni, including Wayne Gretzky, all powered by the cutting-edge gameplay technology Real Player Motion Tech. RPM Tech delivers explosive-edge skating with faster acceleration, and more responsiveness.

Rivals of Aether: “Rivals of Aether is an indie fighting game set in a world where warring civilizations summon the power of Fire, Water, Air, and Earth.

“Play with up to four players locally or up to two players online.” 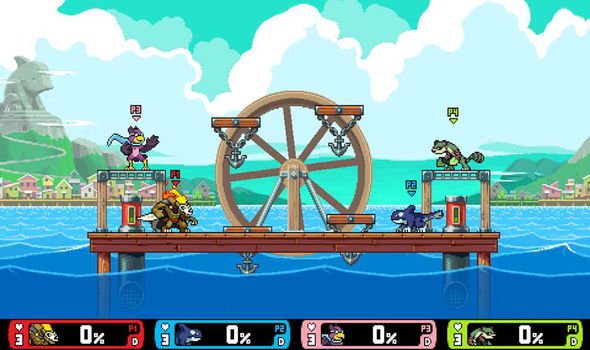 Sonic Mania: “Experience the ultimate celebration of past and future in Sonic Mania, an all-new 2D Sonic adventure running at a crisp 60FPS with stunning HD retro-style graphics.

“Multiple playable characters give you the ability to go explosively fast as Sonic, soar as Tails, or power through tough obstacles with Knuckles’ brute strength.

“You can re-live the Sonic of the past with an exciting new twist on classic zones while fighting against new bosses and Dr. Eggman’s evil robot army.

“Go head to-head with players in Competition Mode or play in Co-Op Mode with a friend. Sonic Mania was developed by Christian Whitehead, Headcannon, and PagodaWest Games in collaboration with Sonic Team. Welcome to Sonic Mania!”

“Experience the award-winning FPS-RPG series, including its bazillions of guns, trademark cooperative gameplay, and all bonus add-on content, with high performance like never before on a new generation of consoles.”

With a score of 82% on Metacritic, Borderlands: The Handsome Collection gets Sony off to a strong start.

Critics describe it as the ultimate Borderlands experience and an extremely generous package. With the sequel out later this year, now is a great time to check it out.

Sonic Mania is even more popular, earning an impressive 86% on Metacritic. A love letter to Sonic the Hedgehog’s past glories, this is an extremely well designed platformer classic with some excellent boss battles and inventive set pieces.

Over on Xbox One, NHL 19 gets things off to a strong start, earning an 80% score. The biggest and best iteration yet, this is an accessible sports game with glorious visuals and some razor sharp action.

There aren’t enough reviews for Rivals of Aether to get a Metacritic score, but the reviews are strong for this colourful brawler.

Unfortunately, however, it’s not good enough for Xbox Games with Gold to score a victory against the higher profile and better quality PS Plus selection of free games for June.