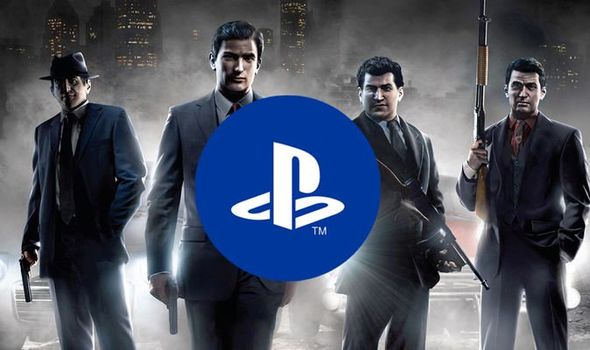 Mafia 2 Definitive Edition appears to have gone live earlier than expected on PS4.

2K Games recently announced plans to unveil the Mafia Trilogy on May 19 at 5pm UK time.

As part of the announcement, 2K is expected to fully unveil a remake of the original game, plus Game of the Year-style re-releases of Mafia 2 and Mafia 3. All three games are likely to be available to purchase as a bundle later this summer.

“Live the life of a gangster across three distinct eras of organised crime in America,” reads the official teaser trailer description.

In terms of release dates, it looks like the new and improved Mafia 2 Definitive Edition will launch first.

While it may seem odd that Mafia 2 would launch before the original, it’s probably got something to do with the additional work needed to remake the first game.

Recent leaks suggest that Mafia Definitive Edition has been completely remade from the ground-up. Mafia 2 Definitive Edition, on the other hand, will release with slight graphical tweaks and gameplay adjustments.

The Mafia Definitive Edition will reportedly be available to purchase from August 28.

The original game launched all the way back in 2002 for PC, before releasing on PS2 and Xbox a few years later.

“It’s 1930. After an inadvertent brush with the mafia, cabdriver Tommy Angelo is reluctantly thrust into the world of organized crime,” reads the official Mafia game description.

“Initially, he is uneasy about falling in with the Salieri family, but soon the rewards become too big to ignore.

“As he rises through the ranks, the paydays keep getting bigger, but the jobs get even dirtier. Tommy may ultimately earn the respect of the Salieris, but becoming a Made Man will leave him more conflicted than ever with the new life he has chosen.”

Mafia 2 shifts things forward to 1940s and 1950s America, as two new protagonists attempt to rise through the ranks of the mob.

“Mafia II is a beautifully crafted look into the dark and unforgiving world of the Mafia,” reads the official description. “Hi-octane gunplay, brutal fighting and white-knuckle driving bust onto the screen as a Hollywood-style cinematic experience.

“It is the intriguing story of Vito Scaletta, who along with his childhood friend, Joe, will descend into the world of organized crime. Together, they will work to prove themselves to the Mafia as they try to make their names on the streets.

“Starting with low-level jobs like robbery and stealing cars, Vito and Joe escalate quickly up the Mafia family ladder…but the life as a wise guy isn’t quite as glamorous as it seems.”