PS4 gamers have had a big week, with the next PS Plus line-up announced, a new software update released and a new Death Stranding trailer launched.

The latest Death Stranding trailer, which featured a tonne of gameplay footage, was released as the culmination of a lenghty Twitch stream.

The nearly nine minute long trailer gave fans an insight into what Hideo Kojima’s mysterious new project is all about.

The latter is thanks to an extendable ladder item which will help lead character Sam Porter Bridges get to hard-to-reach places.

It was also revealed that Death Stranding will have a release date of November 8 2019.

But there’s one interesting thing about the Death Stranding announcement that fans may have missed.

The Japanese Death Stranding trailer that was released this week has a little bit more footage than the European teaser.

The most eye-catching footage that was missing from the European trailer was a glimpse of one of the Death Stranding bosses.

Click here to view the extra Death Stranding footage, which was posted on YouTube by user PythonSelkanHD. 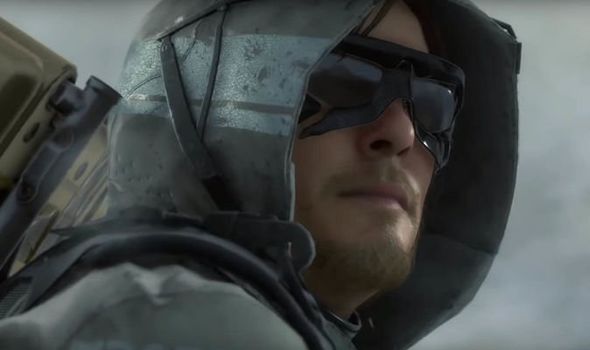 The boss in question looks like it’s made of the strange, black liquid that in a previous trailer was seen engulfing Norman Reedus’ character.

The boss at one point looks like it takes the shape of a giant worm / octopus-like creature which Bridges shoots at.

Once the weapon is drawn a UI is shown which reveals that different types of ammo can be changed and shows a gauge that is measured in millilitres.

How this impacts combat remains to be seen, but the boss battle does provide an interesting insight into the nightmarish creatures of Death Stranding.

More details on the gameplay mechanics of Death Stranding were also revealed in the game’s newly launched official website.

Clicking here will direct you to the Death Stranding website which went live this week.

When it first went live details about Death Stranding’s gameplay were revealed, but this has since been removed.

However, before the details of how Death Stranding plays was removed it was captured and revealed in a tweet by analyst Daniel Ahmad. 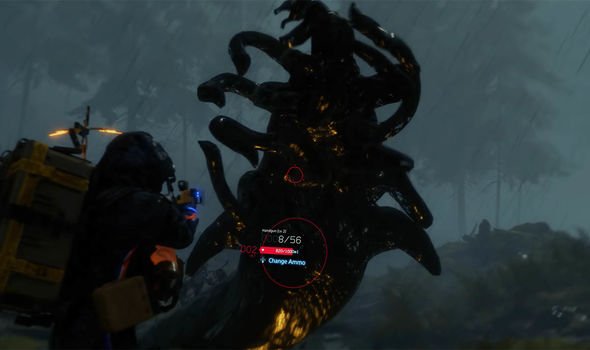 Alongside a screengrab the Niko Partners analyst wrote: “Broke: Watching all Death Stranding trailers and not knowing what the hell is going on.

“Woke: Reading the description on the official website and realising this sounds awesome.”

The Death Stranding site revealed that there would be no traditional ‘game over’ state in the PS4 exclusive.

It explained: “Lose your life during combat and you’ll find yourself in an upside-down realm, searching for a way back to the living. 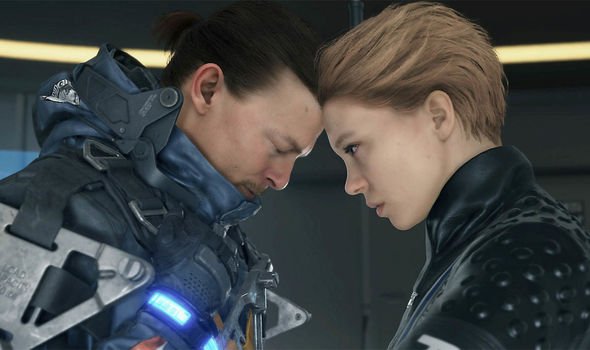 “Choose your combat methods carefully, as killing your foe is almost never the solution – and every death carries a consequence.”

It was also revealed that Death Stranding will have an interesting approach to multiplayer.

Under the header ‘assist other players’ the site said: “Help other travellers without ever crossing paths via asynchronous online gameplay.

“Send supplies, share safe houses and walk in the footsteps of fellow couriers to reunite civilisation.”