PS4 State of Play is a new way for Sony to connect with PlayStation fans.

Like the Nintendo Direct presentations, State of Play broadcasts reveal updates on incoming games and announce new titles coming to the PS4.

State of Play is just in its infancy, with it first launching in March and Sony so far only holding two PlayStation-style Direct shows.

PS4 fans will be hoping Sony has another State of Play up its sleeve, as they’ve been waiting over a year for updates on some upcoming exclusives.

The last time PS4 fans were given updates on the Last of Us 2 and Ghost of Tsushima was back during E3 2018.

Since then Sony has unveiled a new trailer for Death Stranding and announced that Hideo Kojima’s latest game is coming out in November 2019.

However, PS4 fans haven’t had new trailers or screenshots for Ghost of Tsushima or the Last of Us 2 since E3 2018.

One reason for this is that Sony decided to skip E3 2019, opting against holding their traditional press conference at the gaming extravaganza.

It had been rumoured that Sony had a State of Play in the works which would launch in the run-up to E3 2019.

It was rumoured that a State of Play that revealed the Last of Us 2 release date would be coming on May 30.

This rumour emerged around the time that it was predicted a big Death Stranding announcement was also coming.

The latter turned out to be true, but the former didn’t – with no State of Play about the Last of Us 2 taking place at the end of May. 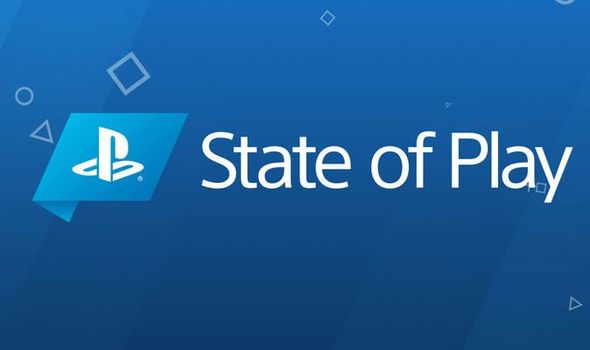 But that doesn’t mean that Sony doesn’t have a State of Play in the works which could reveal more on the Last of Us 2 and Ghost of Tsushima.

Looking at the release schedules of the past few State of Play broadcasts may give an indication of when the next one will be.

The first State of Play took place on Monday March 25 at 9pm GMT with the second one happening on Thursday May 9 at 11pm BST.

As you can tell, the days on which State of Play broadcasts have been taking place have varied and the times have changed too.

But on both occasions State of Plays have happened at night in the UK, and they were also announced three days before they actually took place by Sony.

Interestingly, the gap between the two State of Play broadcasts that have taken place is around six and a half weeks.

If Sony were to keep holding State of Play broadcasts at the same intervals then that would put the third one as taking place soon.

Specifically, it would mean the next State of Play would be taking place next week.

It remains to be seen if a new State of Play does take place in June, or if Sony decides to hold a State of Play later this year.

When the next State of Play rolls around PS4 fans will hopefully be getting updates on Last of Us 2 and Ghost of Tsushima.

It also remains to be seen whether Sony could reveal more about their PS5 plans in an upcoming State of Play.

When the previous one was announced the PlayStation team in a blog post said: “Don’t expect any updates relating to our next-generation plans this time.”

The “this time” may be a hint that the PS5 will be unveiled another time this year in a forthcoming State of Play.